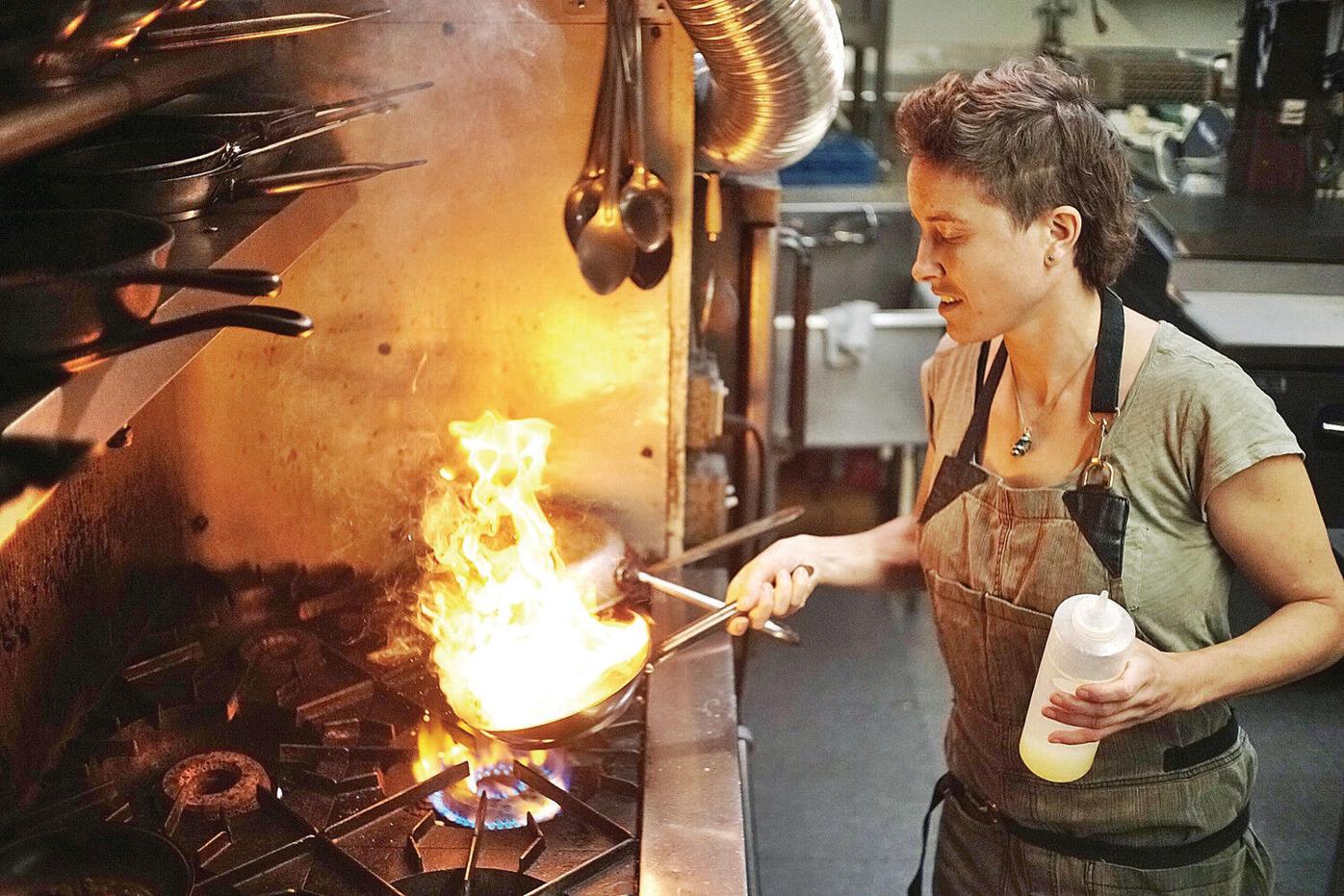 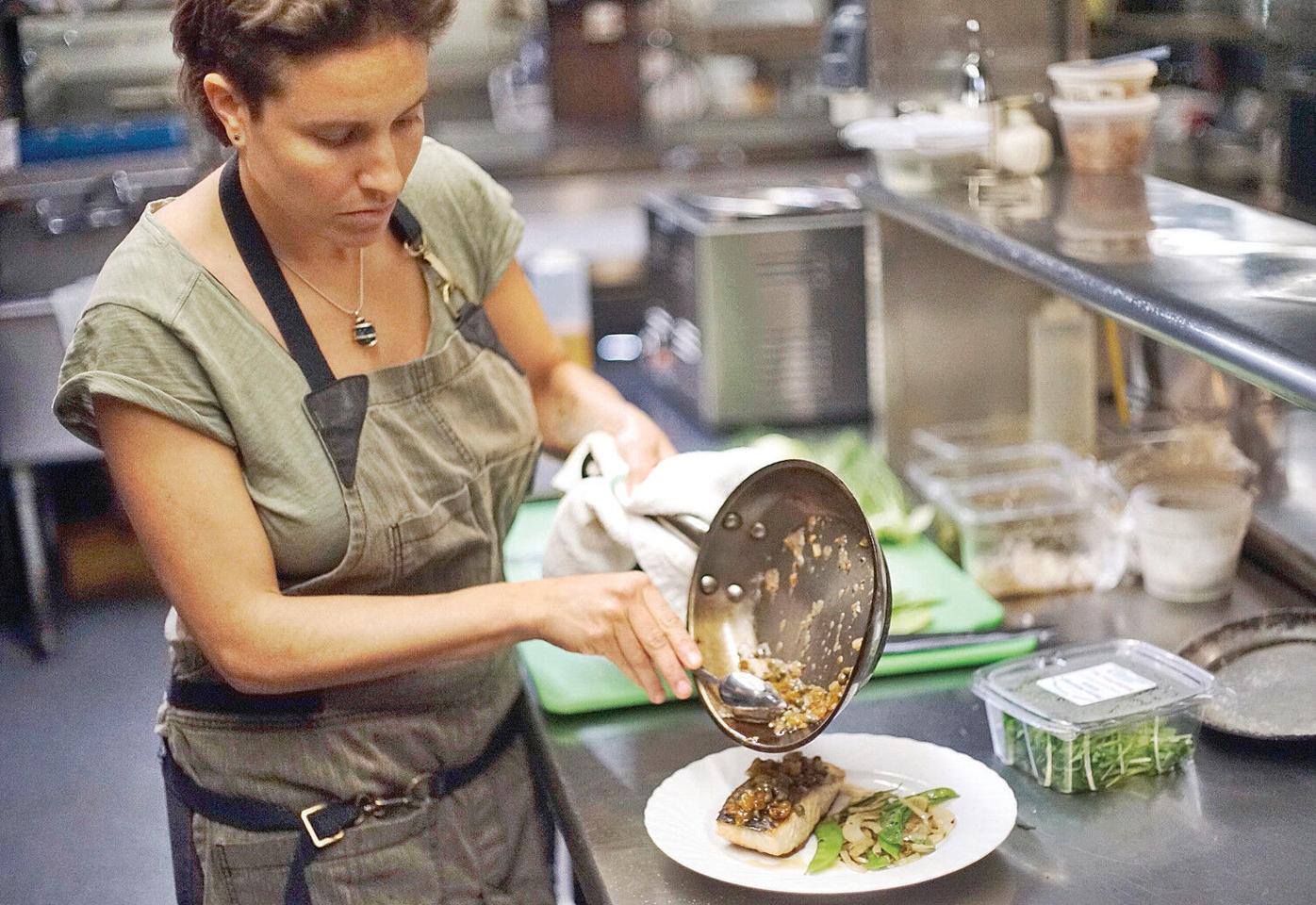 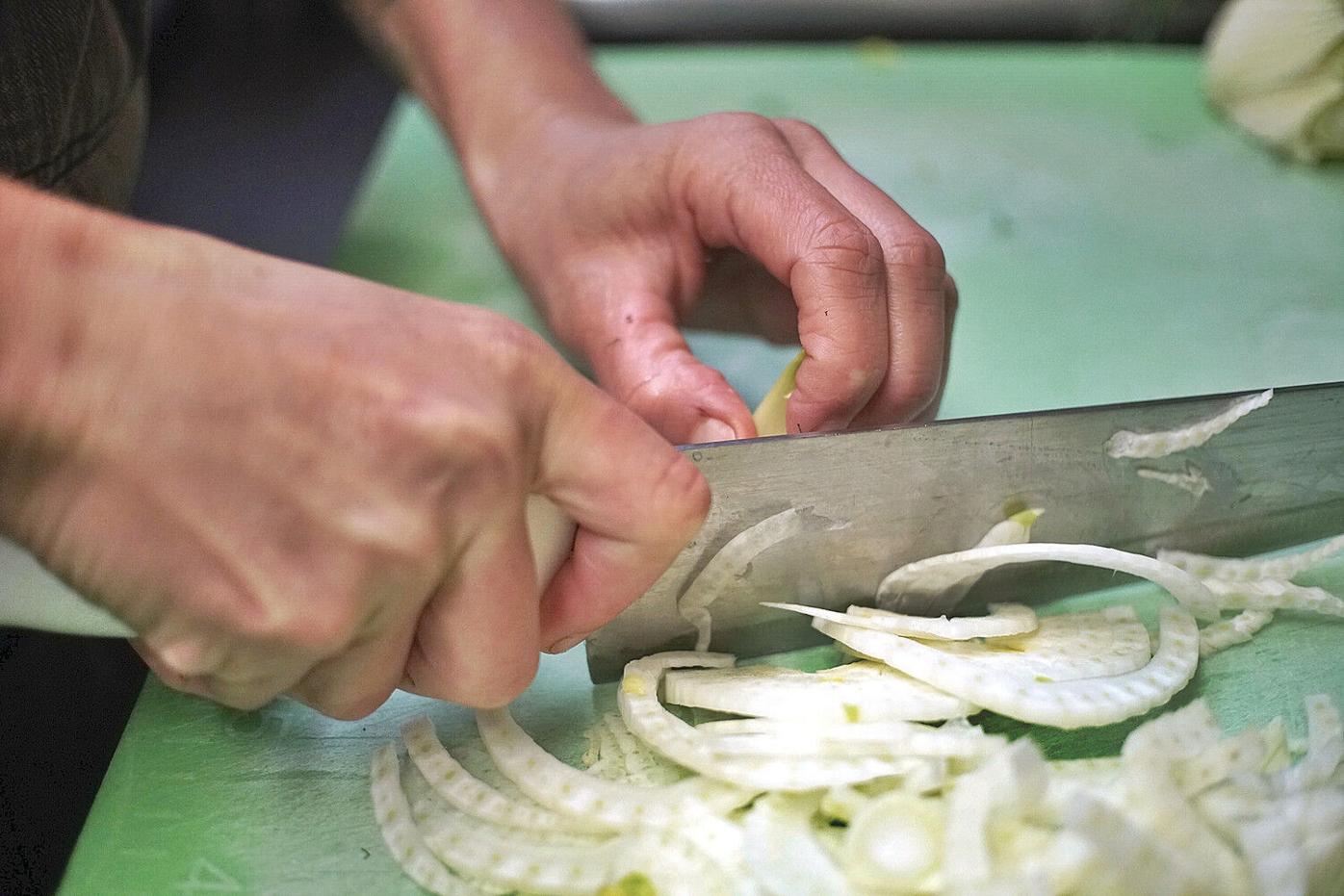 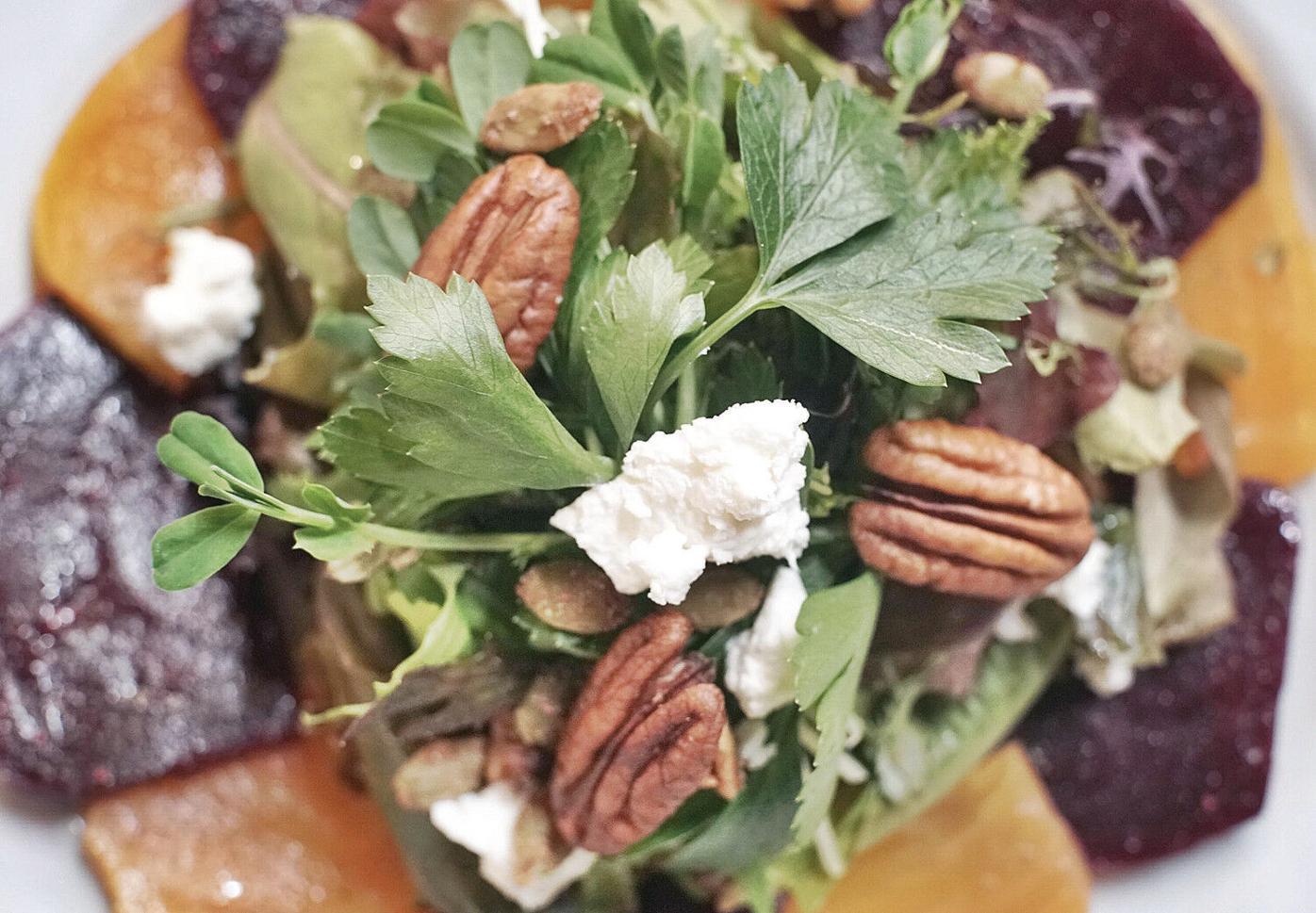 Chef Laurel Barkan of the Stagecoach Tavern in Sheffield creates wonderful meals with whole and sustainable foods. This salad is build on a bed of beets with nuts and ch vre.

Chef Laurel Barkan of the Stagecoach Tavern in Sheffield creates wonderful meals with whole and sustainable foods. This salad is build on a bed of beets with nuts and ch vre.

SHEFFIELD — Chef Laurel Barkan has been switching it up at The Stagecoach Tavern since last August. Deep in Sheffield, where string lights twinkle on at dusk and you never know who might be sitting next to you at the bar, she's infusing the menu with a renewed focus on local food and drawing on her extensive life as a chef, from the Bay Area to Mexico, building a reputation in the Berkshires and beyond.

At the tavern, she's in charge of the full menu, plus everything at Race Brook Lodge, the property's corresponding inn — weddings, group tours, breakfasts, etc. Before coming to Sheffield, she spent 12 years cooking in Mexico, from the Mexico City area to Guadalajara, with a couple-of-years stop back in her native Bay Area. She's worked at high-profile, trendy restaurants, created and run meal delivery services, catered events and more.

Needing a change and really looking for a chef position, she accepted a three-week guest chef gig at the Stagecoach Tavern after reconnecting with a friend from Bard College at Simon's Rock in Great Barrington, where she went to school before graduating from the University of British Columbia.

"I loved the people there, and loved the atmosphere," she says. Later, she ended up turning down a co-chef job at Cala, a well-reputed "modern Mexican" restaurant in San Francisco run by Chef Gabriela C mara, to become the tavern's full-time chef.

At Cala, Barkan said, there are 30 people in the kitchen. At Stagecoach Tavern, there are just three or four. "The management really allows me complete creative freedom," she said. "I can staff how I want, order how I want — they've been very supportive of switching over to ordering locally — and I've been able to put a lot of Mexican stuff on the menu."

A mid-April menu boasts fire-roasted poblano peppers with cream and roasted corn, crab tostadas, a burger, and a chicken grilled with zatar and turmeric, among other things.

"I try to keep a menu that's going to appeal to everyone," she said. "My favorite kind of cooking is looking at what's there and saying, `What can I do with this?' It's so easy to source locally, and not necessarily any more expensive."

She's enjoying connecting with local farmers in the area — the restaurant's new "pickle guy" is Mark Phillips of the local small-batch fermentation outfit Hosta Hill, who happened to be playing at open mic night at the Down County Social Club, the tavern's vintage, funky, rug-laden basement. He ordered dinner, asked about the food, and the rest is history.

And the Stagecoach Tavern keeps a Google map of all its local sources on the website now. And young farmers are now among the tavern and social club's diners and audience members.

"Since I've been here, we have really been pushing the fact we're local," Barkan said. "I think because of that we've had farmers come in and eat, and leave their information. It's been really cool to see how the community has responded."

The chef community has also responded — Race Brook Lodge is managed by Main Street Hospitality Group, which also manages the Red Lion Inn in Stockbridge and Hotel on North in Pittsfield, among others. Brian Alberg, Red Lion vice president of culinary development, attended a special dinner to welcome Barkan in August, loved the food and invited her to join the other Main Street Hospitality chefs at the James Beard House in New York City for a "Taste of the Berkshires" event in March.

"It's definitely a huge honor, and all the chefs that went were spectacular," Barkan said. "They're at a really high level. Obviously, I appreciate them a lot — but to see the appreciation is mutual is really nice."

She was the only woman chef representing the Berkshires that night, which was also a bit of an honor.

"I definitely feel like women are underrepresented in this industry," she said. "It's changing — it's something I'm very aware of."

She also appreciates "the people I've met and have been lucky enough to get in the kitchen here," she said. "They are really creative, passionate people. it's more than a job for them." She cited her sous chef Maren Casorio, who recently came to Sheffield from Chicago to work at the tavern.

Compared to San Francisco and Mexico, Barkan is finding the Berkshires "a little more laid-back." San Francisco can be awfully trendy ("There's a joke that if you're walking down the street and you see a line, you stand in it — if there's a line, it's got to be good," she said); Mexico's whole-animal cooking approach has inspired her to do more animal butchery in the future.

"Getting food directly from a farm close by is not something you necessarily have to pay double for," she said. In the Berkshires, "it's just kind of a part of the cuisine. So much of good food is just the raw material you're using. I feel really lucky here to have such wonderful raw materials."

What: The Stagecoach Tavern at Race Brook Lodge