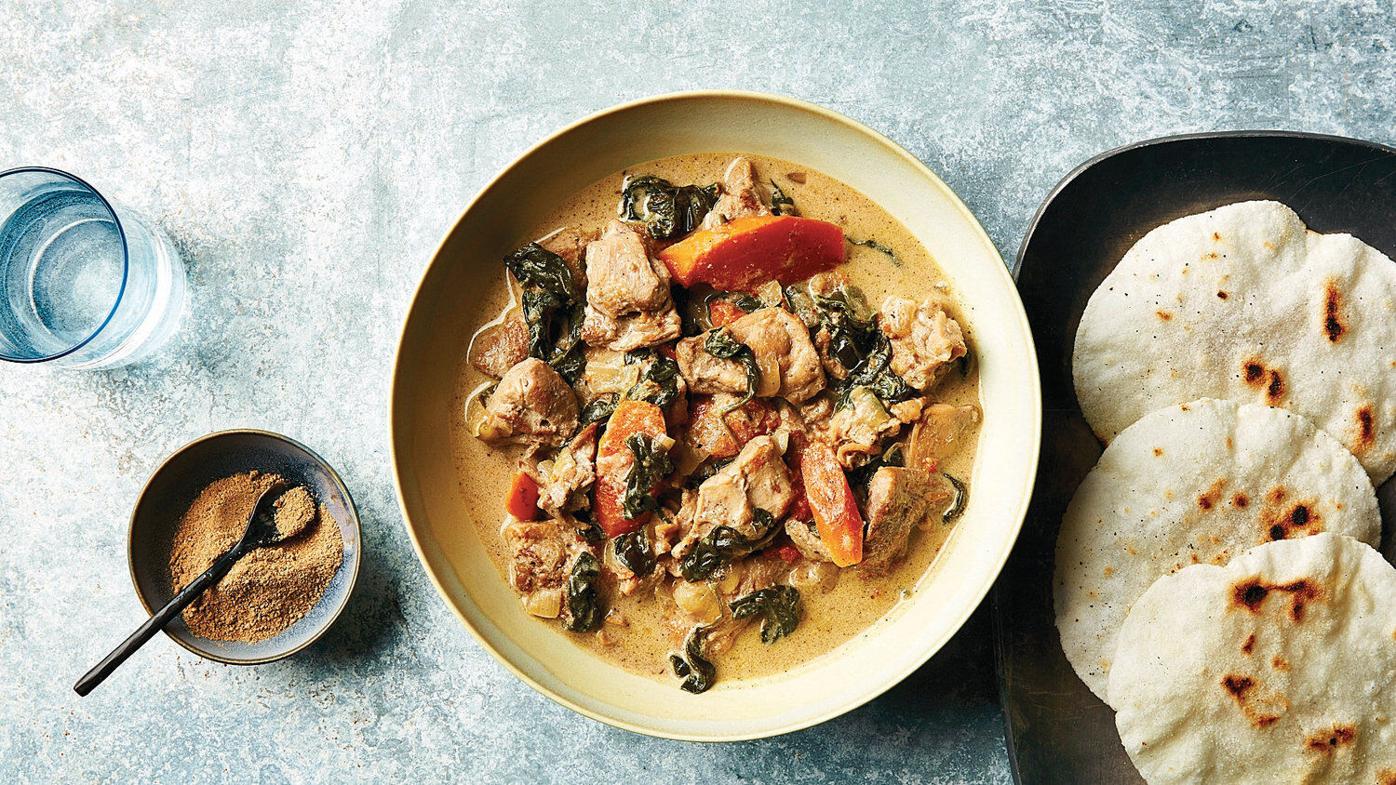 Chicken Chaat Masala is made with local, free-range chicken slow-cooked with spinach and carrots in a yogurt sauce, on a bed of basmati rice. 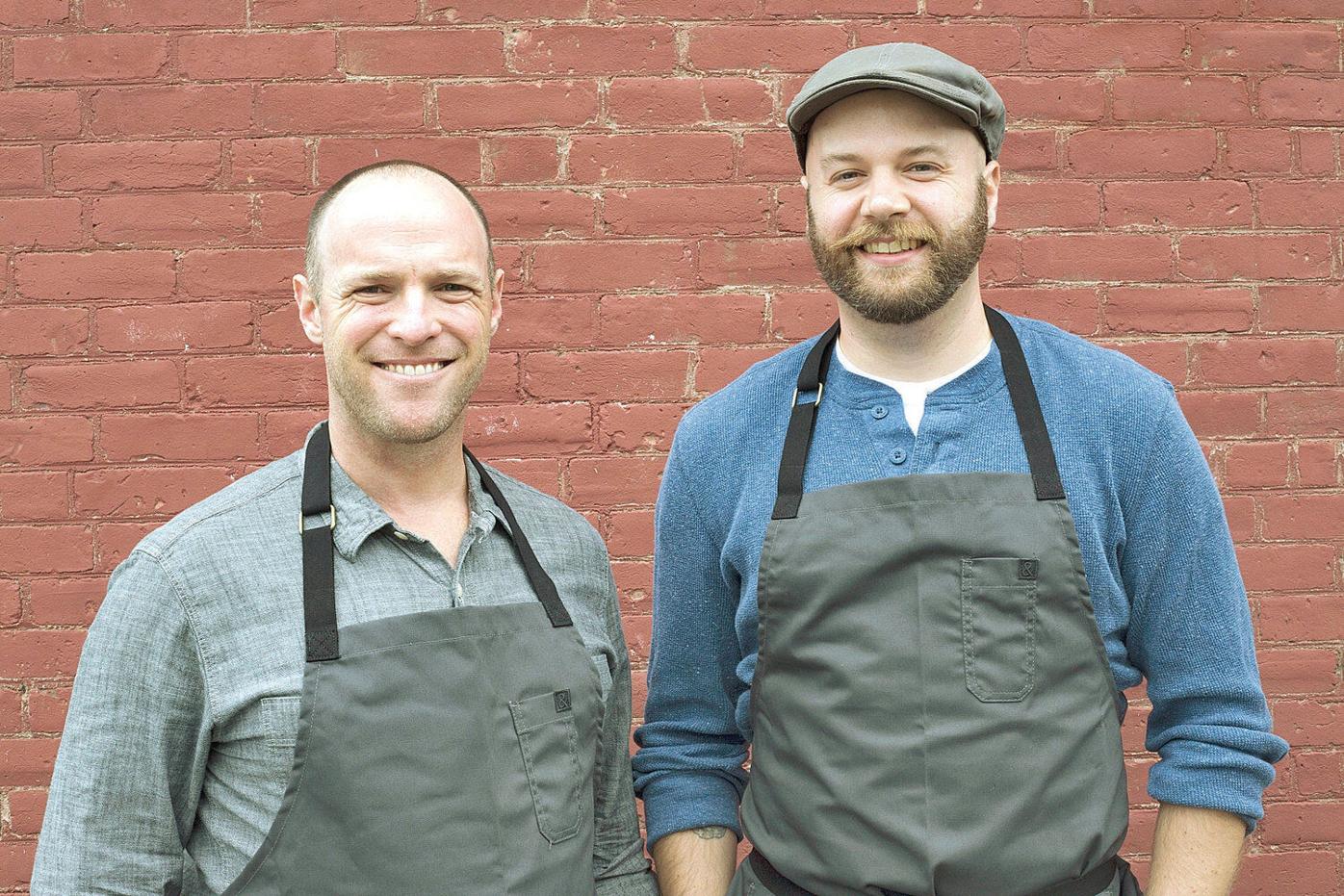 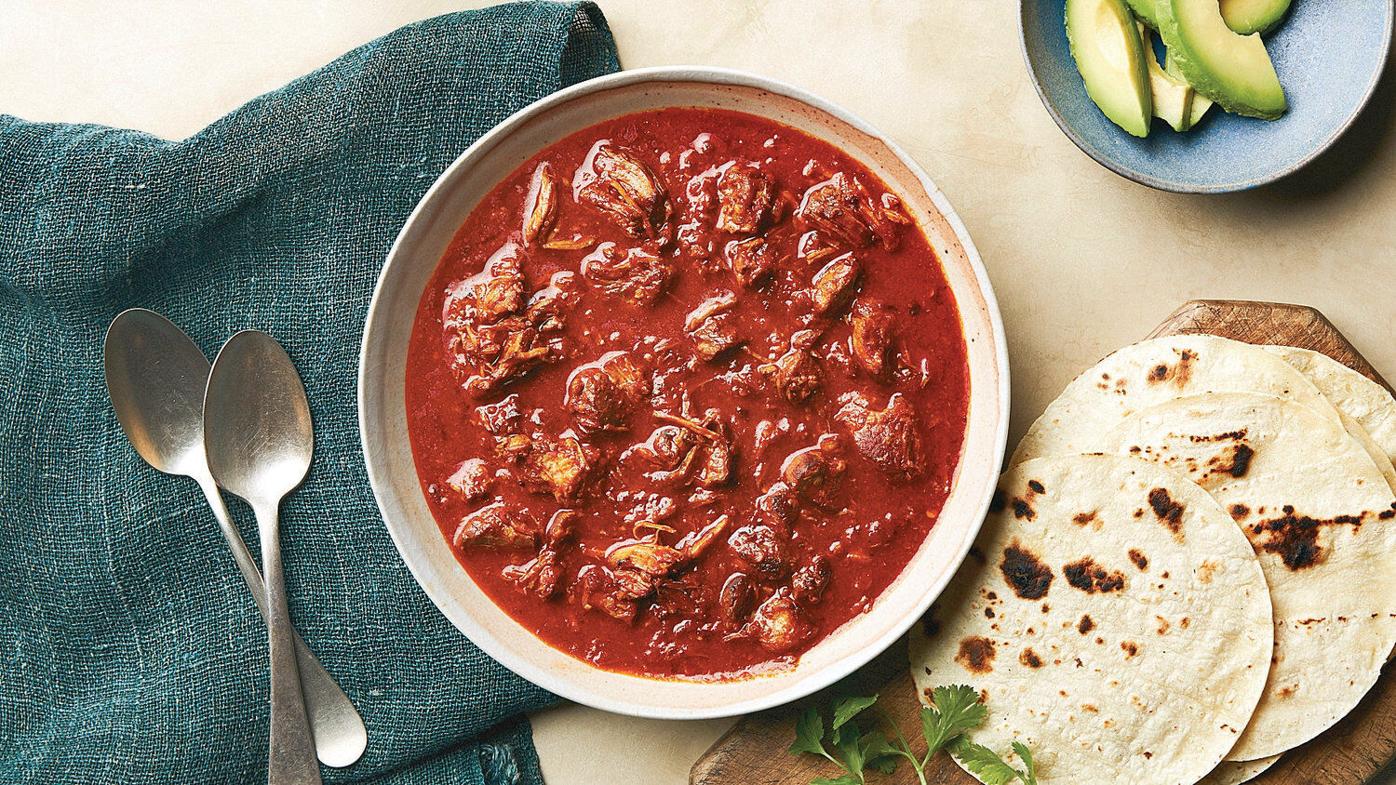 Carne Adovada is made with tender, local pork slow-cooked in a red chile sauce.

Chicken Chaat Masala is made with local, free-range chicken slow-cooked with spinach and carrots in a yogurt sauce, on a bed of basmati rice.

Carne Adovada is made with tender, local pork slow-cooked in a red chile sauce.

Years ago, Jeffrey Blaugrund and his wife were living in New York City, coming to the Berkshires on weekends. Like anyone might, Blaugrund found it hard to trek back into the concrete jungle — and his demanding job as a sales and marketing executive at a financial software company — once the weekend was over.

"We'd see the George Washington Bridge and I'd be tightening up like a coil," he said.

Then, Blaugrund's wife surprised him and told him she wanted to leave the city, too. The slower pace and beautiful surroundings of the Berkshires appealed to them. Here in Western Massachusetts, life is a braise; in New York, it's a quick sear.

Moving away from the city — and his career, and his part-time work as a Crossfit trainer — allowed Blaugrund the headspace to launch Braise Worthy, which prepares delicious, slow-cooked, healthy food you can order online and pick up at several locations in the Berkshires (mostly in South County, though Blaugrund says he plans to expand those options).

After returning to his love of cooking, then entering and winning a chili cookoff in Great Barrington a few years ago, Blaugrund realized "easy, convenient, portion-controlled food coming from good sources could be a business idea," he said.

The name Braise Worthy came to him in the middle of the night, and he bought the domain name on the spot, committing to the business full time in 2016.

Enter Austin Banach, Braise Worthy's executive chef. A Berkshire native, Banach had worked at some of the area's most well-known restaurants, including the Red Lion Inn and The Old Inn on the Green, and was doing freelance catering work, shopping for something long-term. Another person in the local food scene connected him to Blaugrund, who by then was producing food for Braise Worthy in a commercial kitchen in Lee.

"It was love at first bite," Banach said.

The slow process of braising is perfect for food that is frozen — and braises are basically the ultimate comfort food.

"If you've ever made a beef bourguignon, most people know, it's better the second day," Banach said. "When you let it sit overnight, the flavors marry. We're cooking and freezing, therefore preserving that comfort food and feeling of nostalgia that every family has, but the average home cook might not have time to make."

Want something homespun and a little spicy? Opt for carne adovada, slow-cooked pork in red chili sauce that nods to Blaugrund's New Mexican roots. Or how about slow-cooked cumin lamb, based on western Chinese tradition? Or maybe you're vegan — how about some slow-cooked, smoky black beans?

All of these meals can be ordered at braiseworthy.com, then picked up at a location of your choice. Right now, pickup options include the Great Barrington Bagel Company, South Egremont Spirit Shoppe, and Wandering Star brewery in Pittsfield. Blaugrund says Braise Worthy will soon roll out automated fulfillment and some other updates to the ordering experience, and he's working on connecting with other local businesses to expand pickup options.

You may have seen Braise Worthy's taco cart pop-ups at Theory Wellness or the Berkshire Botanical Garden, or at a private catered event. Braised food is also an excellent taco filling — and a great way to showcase Blaugrund and Banach's products.

"Braises aren't just something you want to eat on a cold winter day," Banach said. "These are exceptionally crafted foods that can be made as part of a more composed meal."

More "worthy hacks" are planned to show customers how versatile Braise Worthy's food can be — a light summer salad topped with braised beef, or a breakfast burrito with carne adovada, for example.

As their business grows, Banach and Blaugrund are looking at expansion in the Berkshires and beyond.

"We're looking at building a USDA facility for our business so we can get into interstate wholesale, and accessing larger markets like Boston and New York City," Blaugrund said.