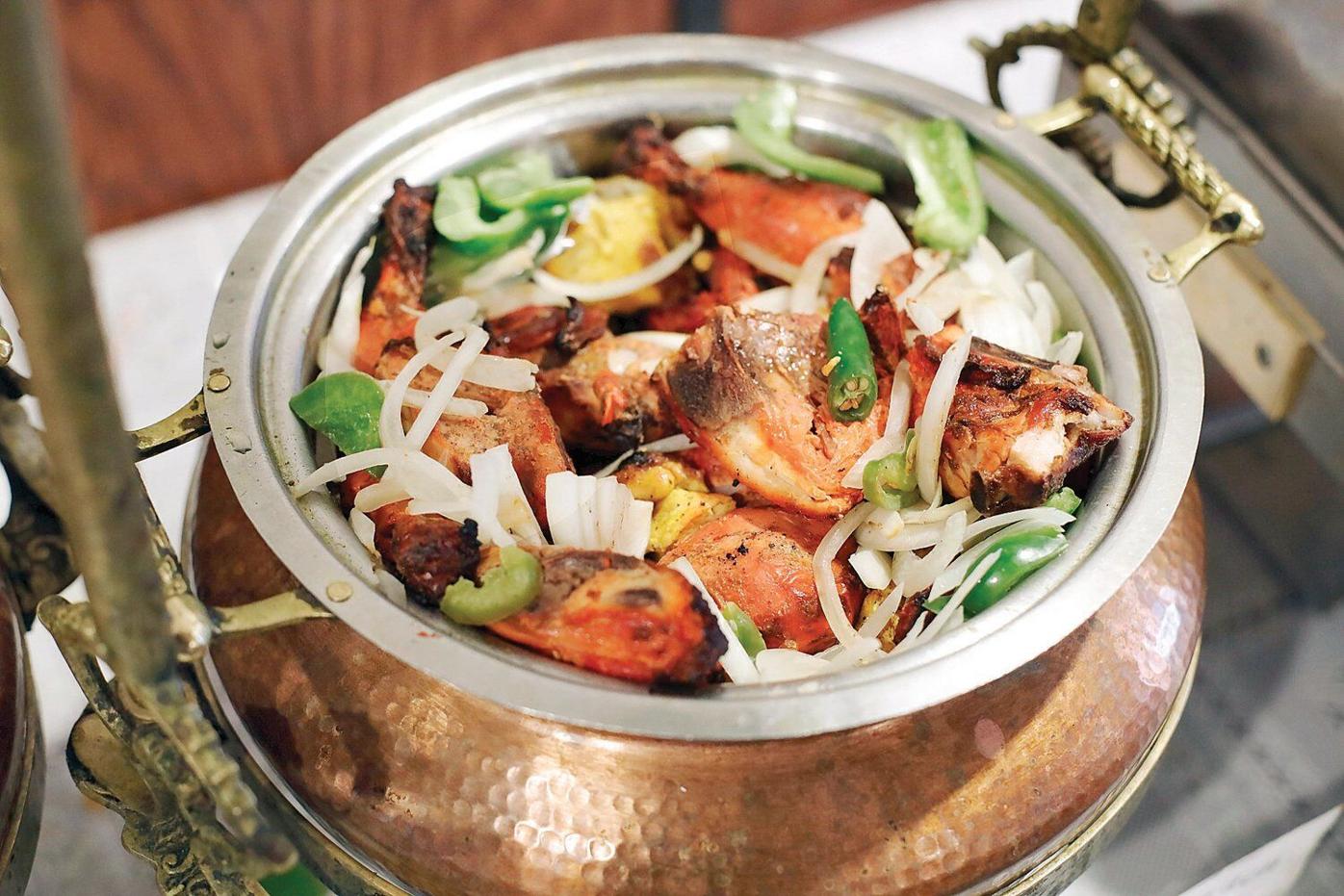 Tandoori chicken is served in the lunch buffet at House of India. 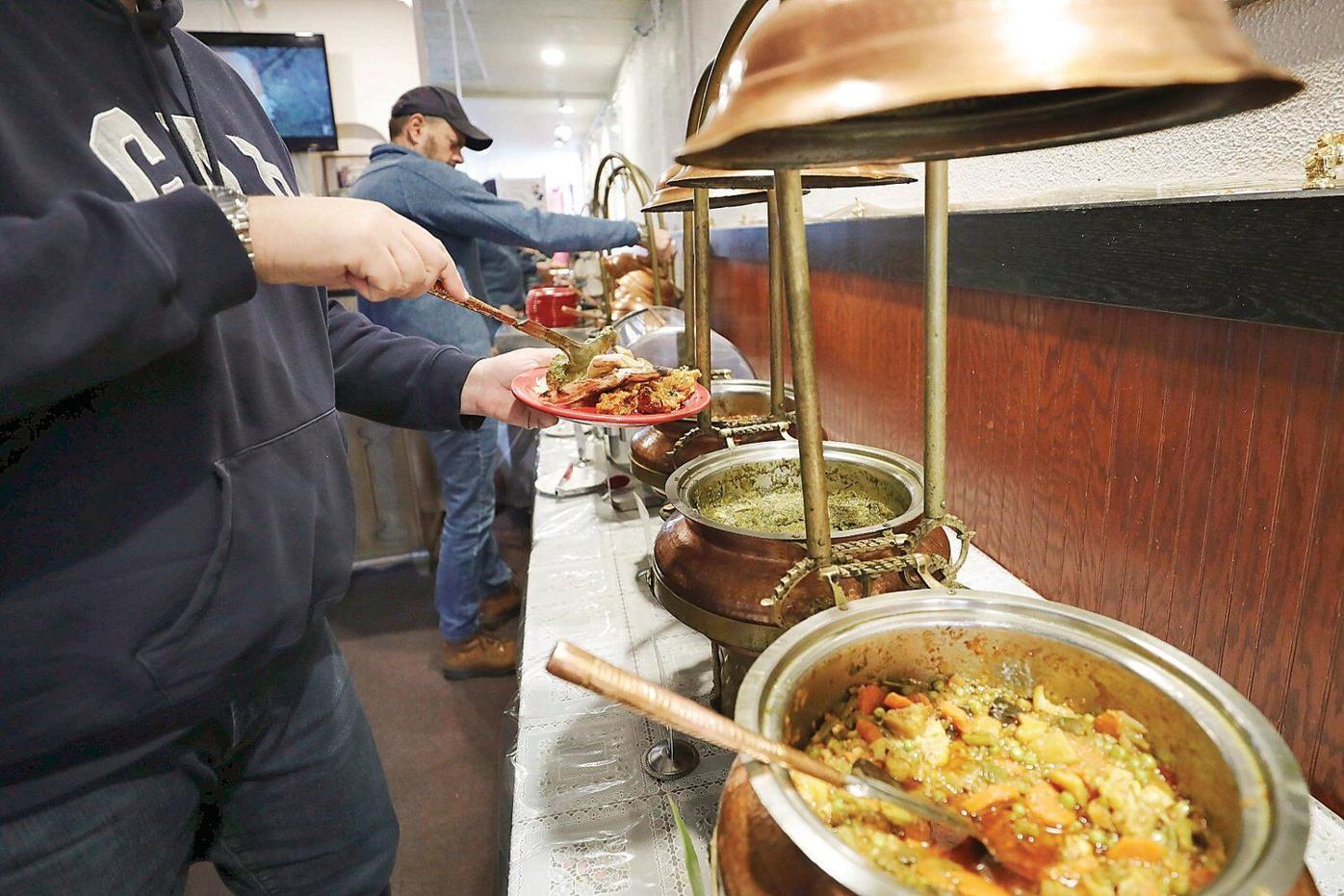 The lunch buffet is a popular spot Monday through Saturday at House of India. 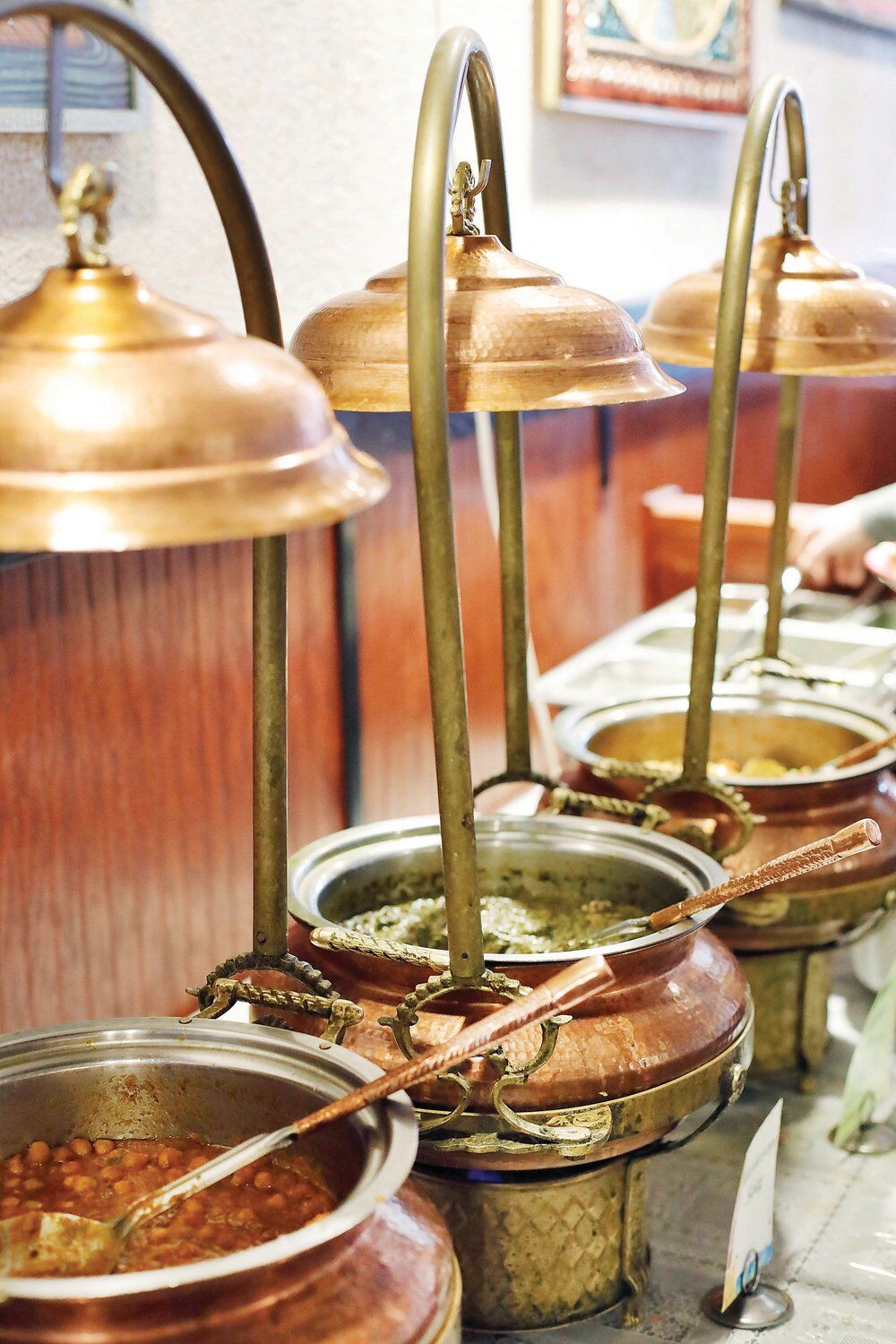 The menu consists of a mostly North Indian cuisine. 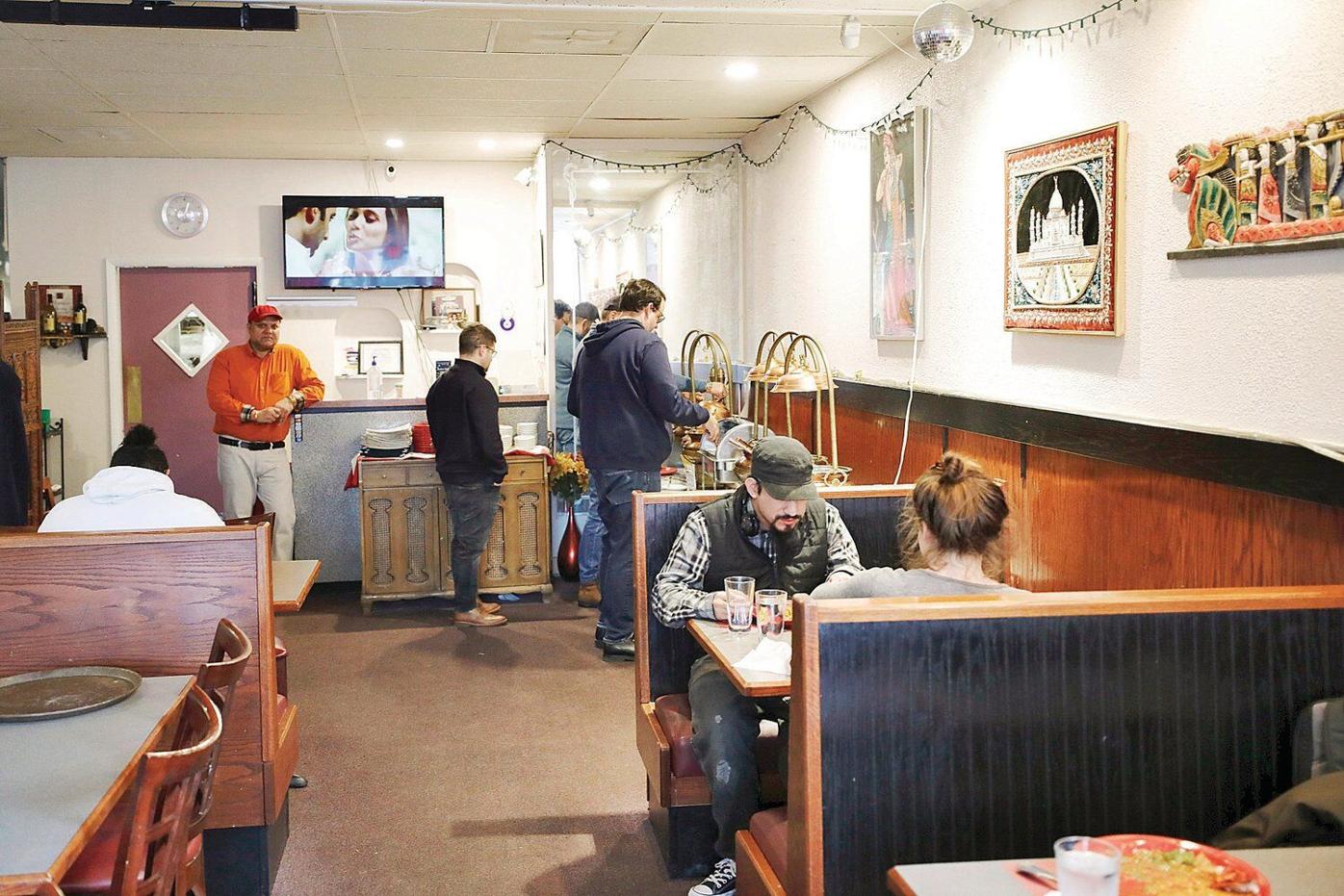 At the end of the month, the restaurant will move to the former On A Roll Cafe space in Central Block, 75 North St. 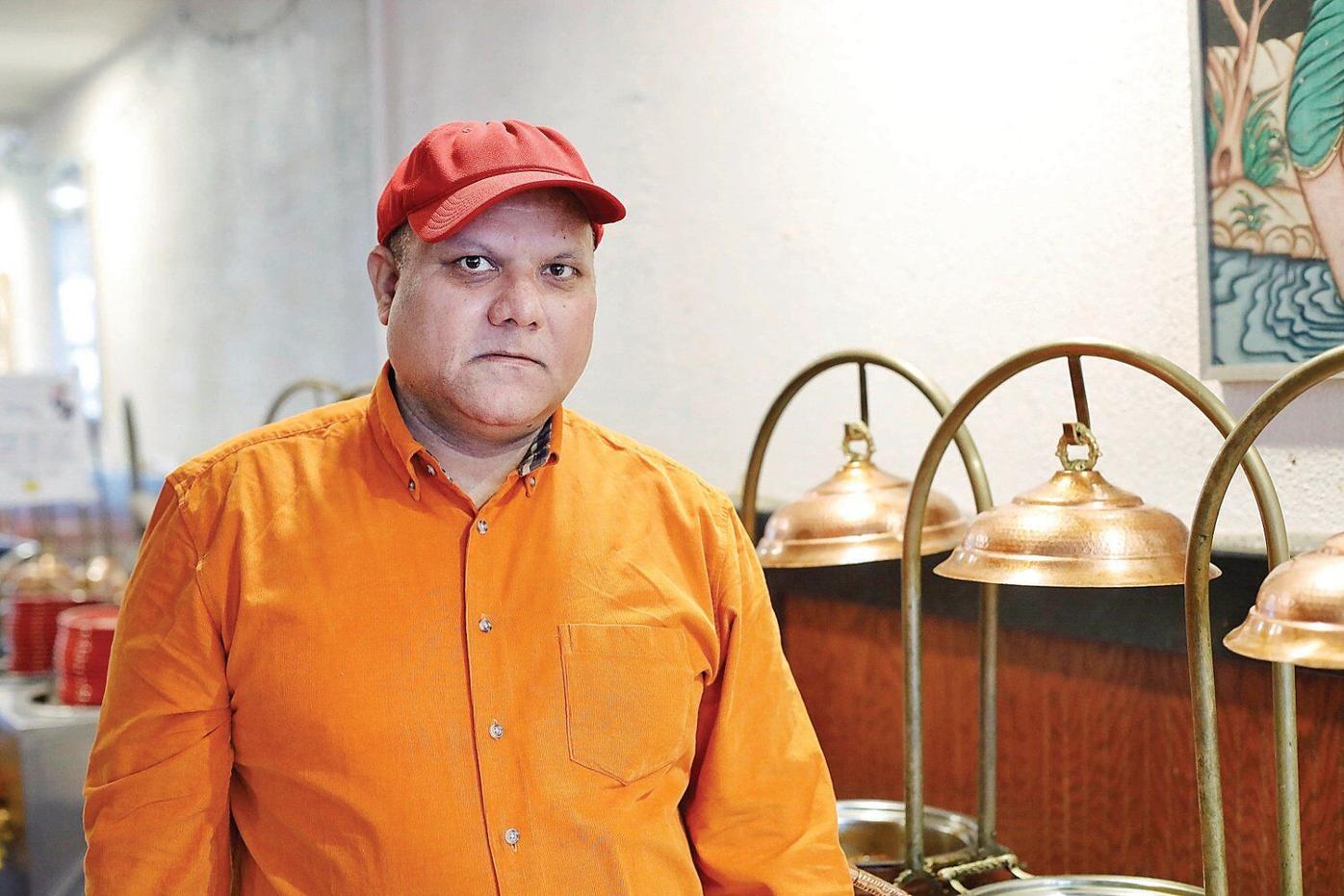 Jaswant Singh Banga, owner of House of India, helped his uncle open the original restaurant in Pittsfield's Galleria Building in 1994.

Tandoori chicken is served in the lunch buffet at House of India.

The lunch buffet is a popular spot Monday through Saturday at House of India.

The menu consists of a mostly North Indian cuisine.

At the end of the month, the restaurant will move to the former On A Roll Cafe space in Central Block, 75 North St.

Jaswant Singh Banga, owner of House of India, helped his uncle open the original restaurant in Pittsfield's Galleria Building in 1994.

PITTSFIELD — Downtown fixture House of India restaurant is on the move to its third North Street location in 25 years. It's not going far, just down the road to the former On A Roll Cafe space in Central Block, 75 North St., beside the Beacon Cinema.

But chef/owner Jaswant Singh Banga would rather it wasn't.

His building's new owner is turning upper floors into condo units, Banga explained in a recent interview, so the restaurant must leave by month's end.

And expense. Banga estimates it will cost upward of $50,000 to relocate, including a new walk-in cooler, new tandoor clay oven and new gas line to fire it.

His new location is in a bright indoor gallery, with entrances and parking on North and McKay streets. With a capacity of 49, "it's the same amount of seating," he said.

He was told he could return to his present location in two years, "but I'd have to start from scratch again and remake everything."

Banga grew up in Punjab, India, the son of a farmer growing rice, sugar cane, eggplant and okra. One of five siblings, he had no formal chef's training. "I sometimes helped my mom in the kitchen," he said.

He immigrated to the U.S. in 1992 at the age of 23, and found work in New Hampshire and Vermont restaurants. In 1994, he helped his uncle open House of India in Pittsfield's Galleria Building, now Barrington Stage Company's Wolfson Center.

"It was all empty, the stores on North Street were not much open," he recalled. "But business was very busy, 100-plus people lined up every day when we opened. It was the summer season, and an Indian buffet was new to the area."

After a year, his uncle sold him the business and a year later, he moved across the street to its present location.

"We have the same people come five days a week," Banga said. "We get a lot of children, they grow up and say it's their favorite restaurant."

For newcomers, it's an excellent introduction to the mostly North Indian cuisine.

Wash it all down with Indian beverages, such as mango lassi yogurt drink, Taj Mahal beer and Sula wine.

With recipes seasoned with cumin, cardamom and coriander that have cooked for hours, "everything is made from scratch," Banga noted.

The regular menu has evolved over the years, mostly through customer request. "People liked the buffet's house bhaji so much, we had to put it on the menu."

Goat dishes were added a couple of years ago. "People asked for it, and we can get it at a local farm."

While some people think all Indian food is spicy, Banga assured that it's not. It can be made spicier at customers' request — up to volcanic vindaloo for diners whose taste buds know no bounds.

Banga cooks alongside Sandeep from Delhi, and his nephew, Binay, manages front of house.

In 2007, Banga married his wife, Neeru. They have two daughters and a son, ages 11, 5 and 4, who relish both Indian cooking — and pizza. The children enjoy visiting family in India, but only in winter, as summers are too hot for the New England natives.

There are other Indian families in the area, Banga noted, but less than a dozen are from Punjab. "All the states have different languages, when people from Gujarat talk, I can't understand what they're saying!"

The downtown dining scene has changed in the years since Banga arrived. "There was just a Chinese restaurant and me on North Street, then 20 more restaurants came."

But few can match House of India's 20-year-plus customer base of locals, summer tourists and skiers.

"People like the food, they tell me it's the best Indian food [they've] tried."

He's hoping they will still find him when he moves.