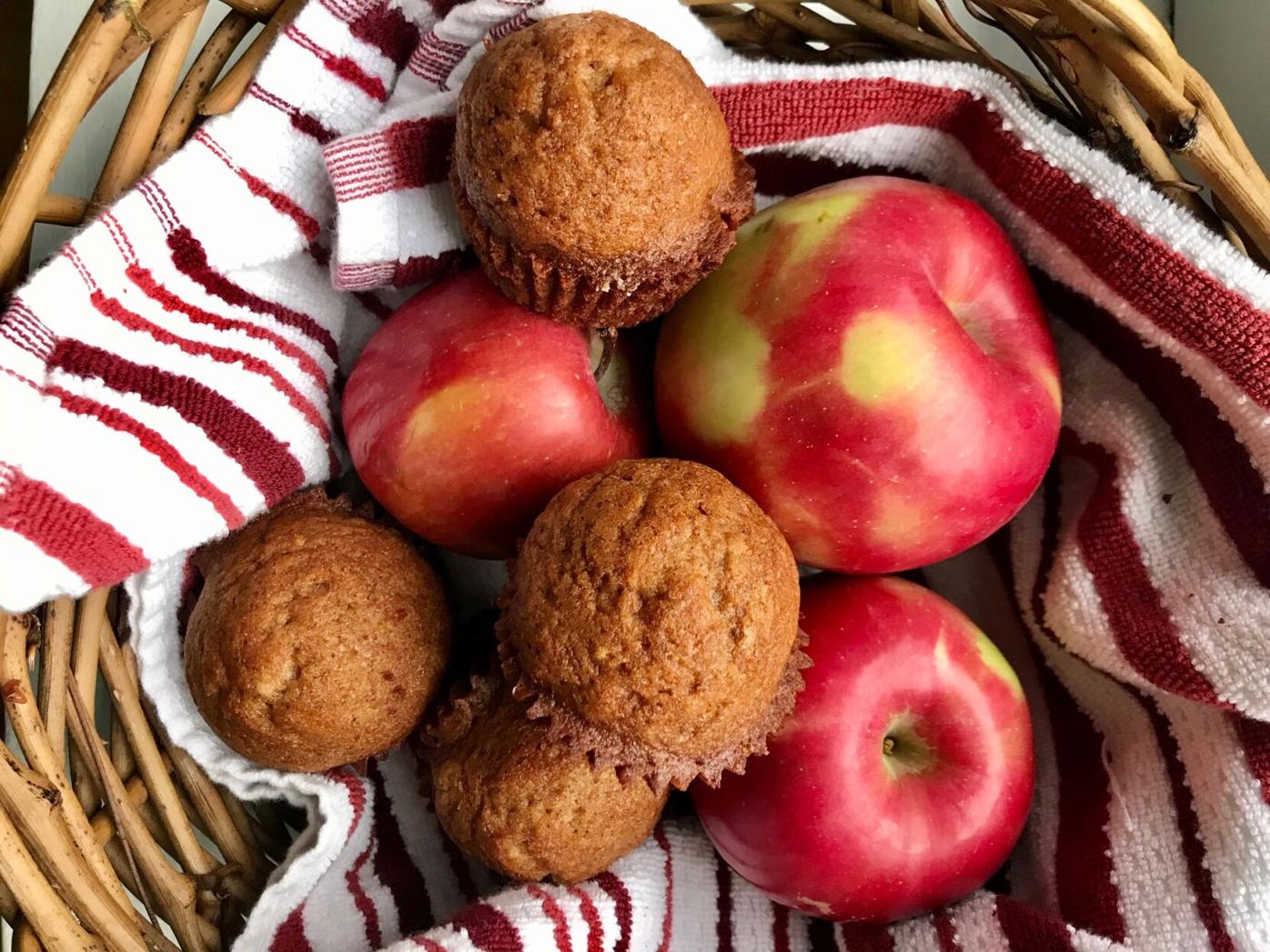 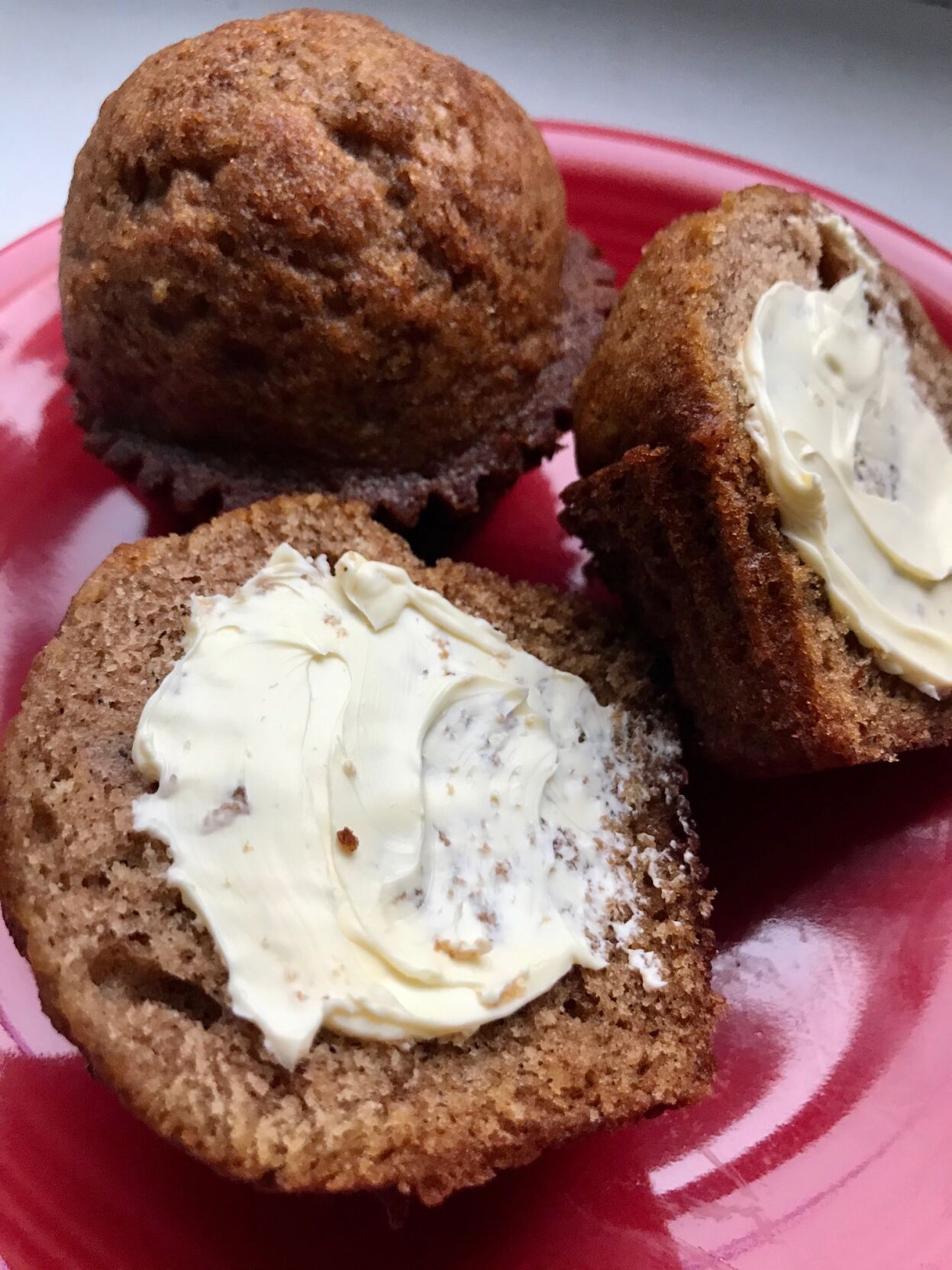 The muffins freeze well and can be enjoyed long after you’ve used up the last of your apple harvest.

The muffins freeze well and can be enjoyed long after you’ve used up the last of your apple harvest.

Made by slow cooking apples mixed with autumn-favorite spices like cinnamon and allspice, apple butter is a highly concentrated jam-like spread filled to the brim with apple flavors. It’s essentially fall in a jar, and incredibly easy to make. All you need is some basic spices, a slow-cooker, blender or immersion blender and a lot of apples, which most of us have judging from all the masked-orchard selfies popping up all over social media.

If you’re worried about which apples to use when making apple butter, don’t. The basic recipe is pretty forgiving and can be tweaked based on personal preference. When asked what kind of apples work best for this recipe, Gail Houle, manager of Cortland Hill Orchard in Brattleboro, Vt., suggested her orchard’s namesake: “Cortlands are great because they are a soft apple with good flavor and take less time to cook.”

Softer apple varieties are recommended because they cook down faster, needing less time in the Crockpot and holding on to more flavor. Other varieties worth trying include Fuji, Golden Delicious and Idared. You can also mix different varieties together.

My family hit the orchards twice this fall, and after we’d gotten our fill of apple crisp, chunky applesauce, pie and dumplings, I turned to my trusty Crockpot to help me use up the stray apples rolling around my cool mudroom floor. After a long, delightful-smelling day of cooking down the apples while I worked from home, I was left with about five to six pints of apple butter, which I promptly canned. But now, instead of wondering what to do with all these apples, I’m left with all this apple butter. A good problem to have, of course, but still a kitchen conundrum.

I grabbed my favorite kitchen tool that always helps turn my leftovers, extra produce or veggies into a new vehicle of breakfast or snack food to be consumed by the boys in my house: muffin tins. I tinkered with a few recipes for Apple Quick Breads and came to find this variation on a New York Times recipe worked best for morning snack time at my son’s preschool. I reduced the sugar, used only white flour (though, you can use 1 cup of whole wheat and 1/2 cup of all-purpose if you’d like) and made the loaf-pan recipe into muffins.

The result is a perfectly moist, just-sweet enough muffin that tastes every bit of fall as it’s darkly rich apple butter main ingredient. If you’re looking to add extras, don’t be afraid to throw in 1/2 cup of raisins or even caramel bits if you’re feeling festive.

Turbinado sugar, as needed, for finishing

Heat oven to 350 F, and lightly grease 12 muffin tins. In a medium bowl, whisk together the flour, baking soda, cinnamon, nutmeg and salt to combine. Set aside.

In a large bowl, whisk the oil and brown sugar until well combined. Add the eggs one at a time and whisk well after each addition to incorporate. Whisk in the vanilla extract.

Add the flour mixture and stir just to combine. The batter will be thick at this point. Add the apple butter and yogurt and mix well to incorporate. Pour the batter into the muffin tins.

If using, sprinkle the tops of the muffins with turbinado sugar. Bake until a toothpick inserted into the center comes out clean, 20 to 23 minutes.

Combine apples, brown sugar, cinnamon, allspice, salt and cloves in a slow cooker. Cook on high until the apples are tender enough to mash with a fork (about 4 to 6 hours). Puree apple mixture with an immersion blender, or in a blender, but be careful when blend hot liquids.