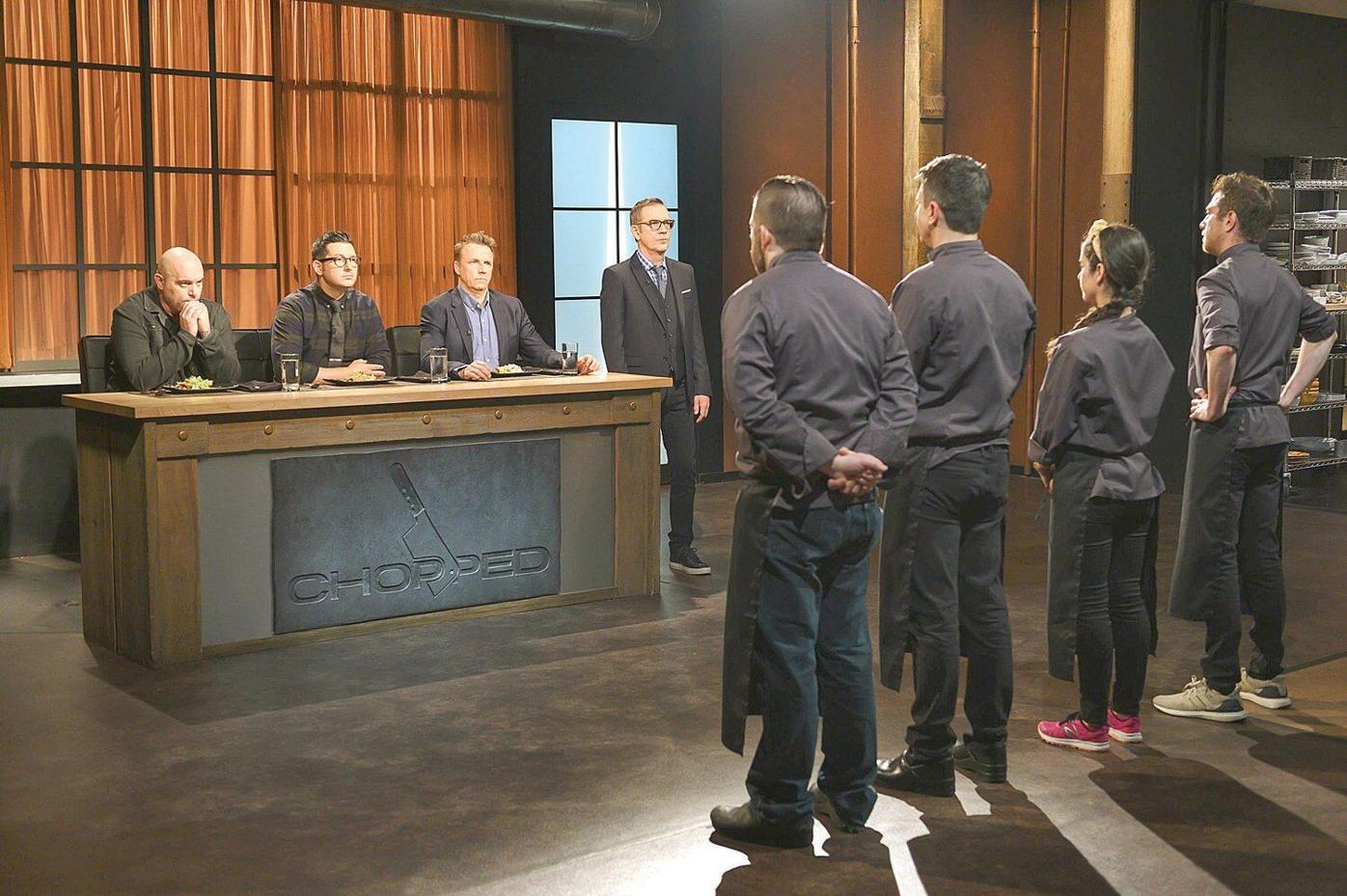 In the show, Kripalu Executive Chef Jeremy Rock Smith competes against three other chefs in a competition that requires them to create dishes with mystery items in a basket. 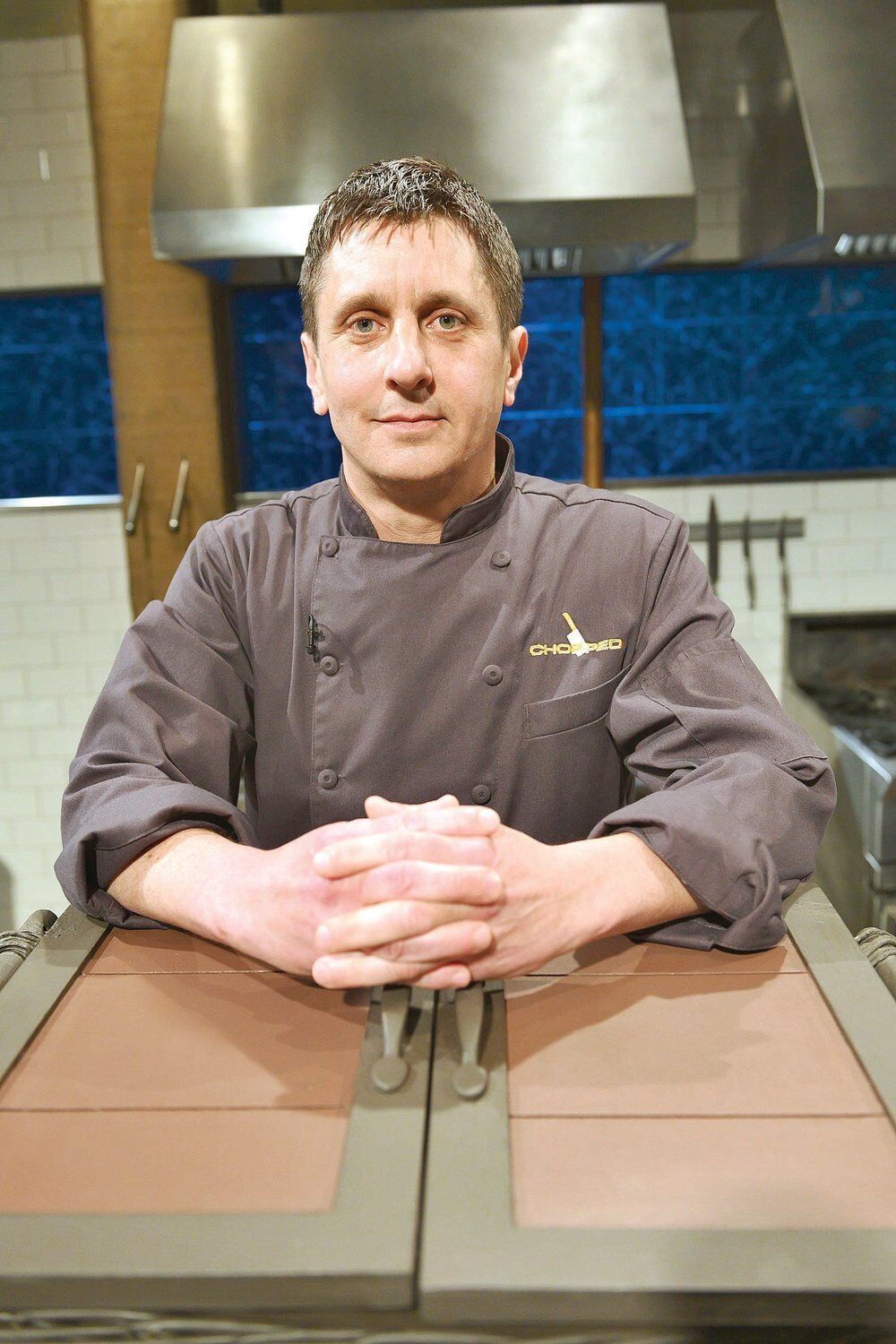 In the show, Kripalu Executive Chef Jeremy Rock Smith competes against three other chefs in a competition that requires them to create dishes with mystery items in a basket.

The night before Kripalu Executive Chef Jeremy Rock Smith was set to film an episode of Food Network’s “Chopped,” in the network’s New York City studios, he was recognized by a woman working at a Korean market.

While scanning his Kripalu credit card, “She said, ‘you work at Kripalu? Me and my friends were just there,'” Smith said. It turns out the woman was one of the 55,000 guests he feeds there every year, and she was a fan of the food.

“It was funny — at that moment, I had so much anxiety going into ['Chopped'],” Smith said. “But this was a gentle reminder that whatever happens doesn’t matter. You still have something great going on.”

Smith’s episode of Food Network’s legendary mystery basket competition aired Dec. 17, but because of a non-disclosure agreement, he’s sworn to secrecy about most of what goes on behind those stainless steel doors.

What he can tell you: Filming was a grueling 16 hours; there’s plenty of competition between contestants, but also “lifeboat camaraderie”; and things play out pretty much like you see on TV.

“Do you know how many people have been bugging me about it?” he said about the outcome.

Though he was chopped in the second round after a basket featuring chicken feet, judges were impressed with Smith’s appetizer, a Thai-inspired fish cake made with fish sticks and BBQ sauce. Chef Fernanda Tapia, of Boston’s Comedor, ended up winning the contest.

Smith had actually been asked to appear on the show before (one of the channel’s producers ended up at one of his popular Kripalu cooking programs last year), and on the heels of a successful book release, he agreed.

“The Kripalu Kitchen: Nourishing Food for Body and Soul: A Cookbook,” was released in April of this year. “It was one way of getting people off my back for recipes, and making sure people could take the food home with them and recreate it,” he said.

“I’m not very big into competition,” Smith said. “Maybe it’s fear of losing, I don’t know ... the lead up, sitting on all that anxiety — to actually follow it through was awesome. Would I do it again? Yes.”

Making 380,000 meals with 65 kitchen staff — albeit at a center for yoga and health in one of the most picturesque parts of the country — means you can work quickly and take feedback graciously. The Culinary Institute of America grad has been at Kripalu 10 years and was already into wellness and meditation, but Kripalu’s peaceful influence has deepened Smith’s perspective.

“It’s osmosis,” he said. “We’re a wellness center, serving our guests, but we’re into living the values and having that experience carry over to staff, as well.”

This holiday season, Smith, who lives in South County, will continue to feed the Berkshire community through his volunteer work. Since 2015, he’s done four meals per week at the Congregational Church in Lee, and has gotten into a rotation at Berkshire South, as well as some other locations. Sometimes, he brings his kids, “and we’ll prepare and serve the meals,” he said.

“I think it’s important. It’s in line with Kripalu’s mission,” he said. “We’re part of the community ... to have one foot in the service door is really important. Service is a big part of wellness. We have a pretty good thing going — it’s pretty easy for us to do.”