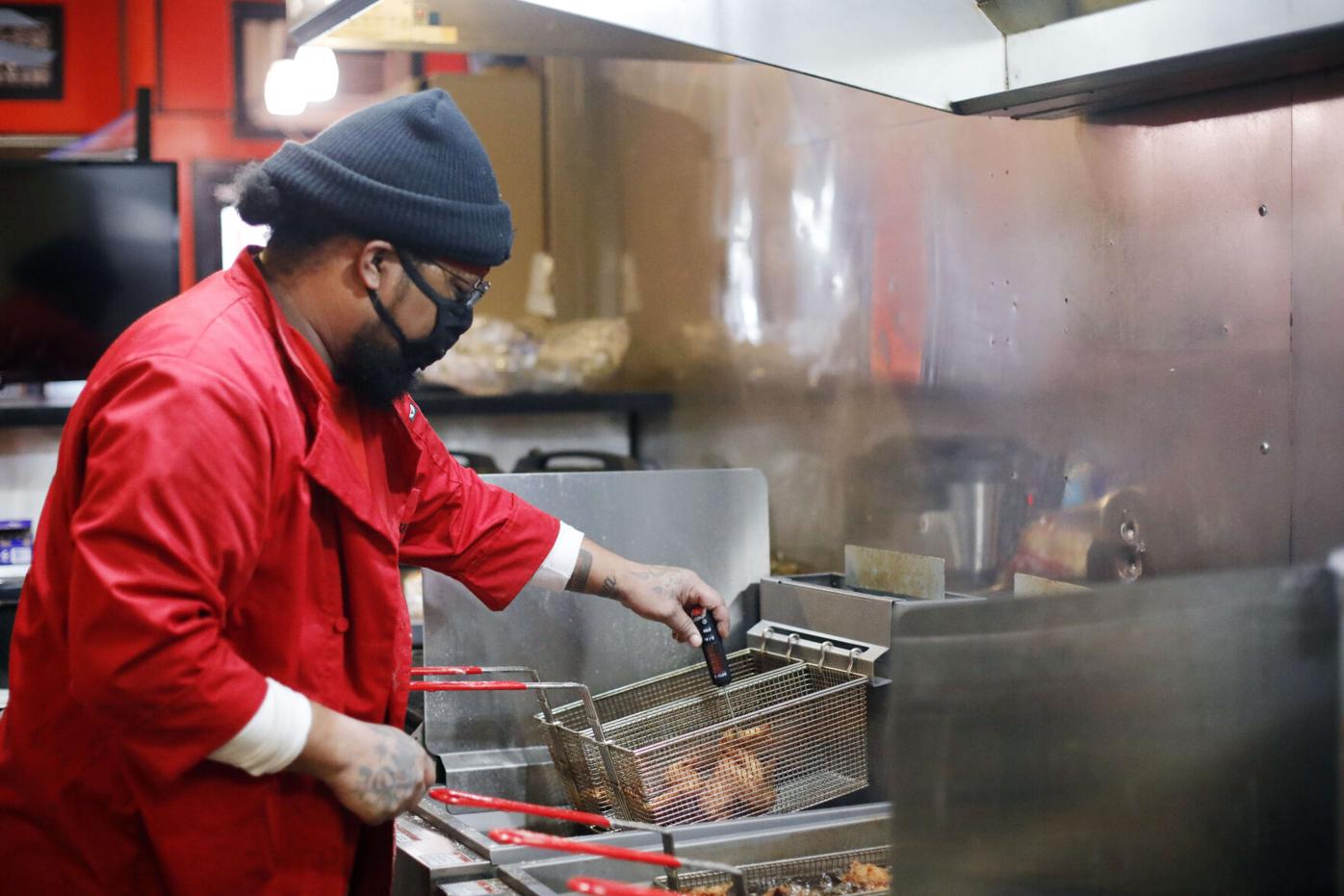 Owner Ivan Jackson checks the temperature of his fried chicken at Rem Rock’s Fried Chicken and Soul Food in Pittsfield. 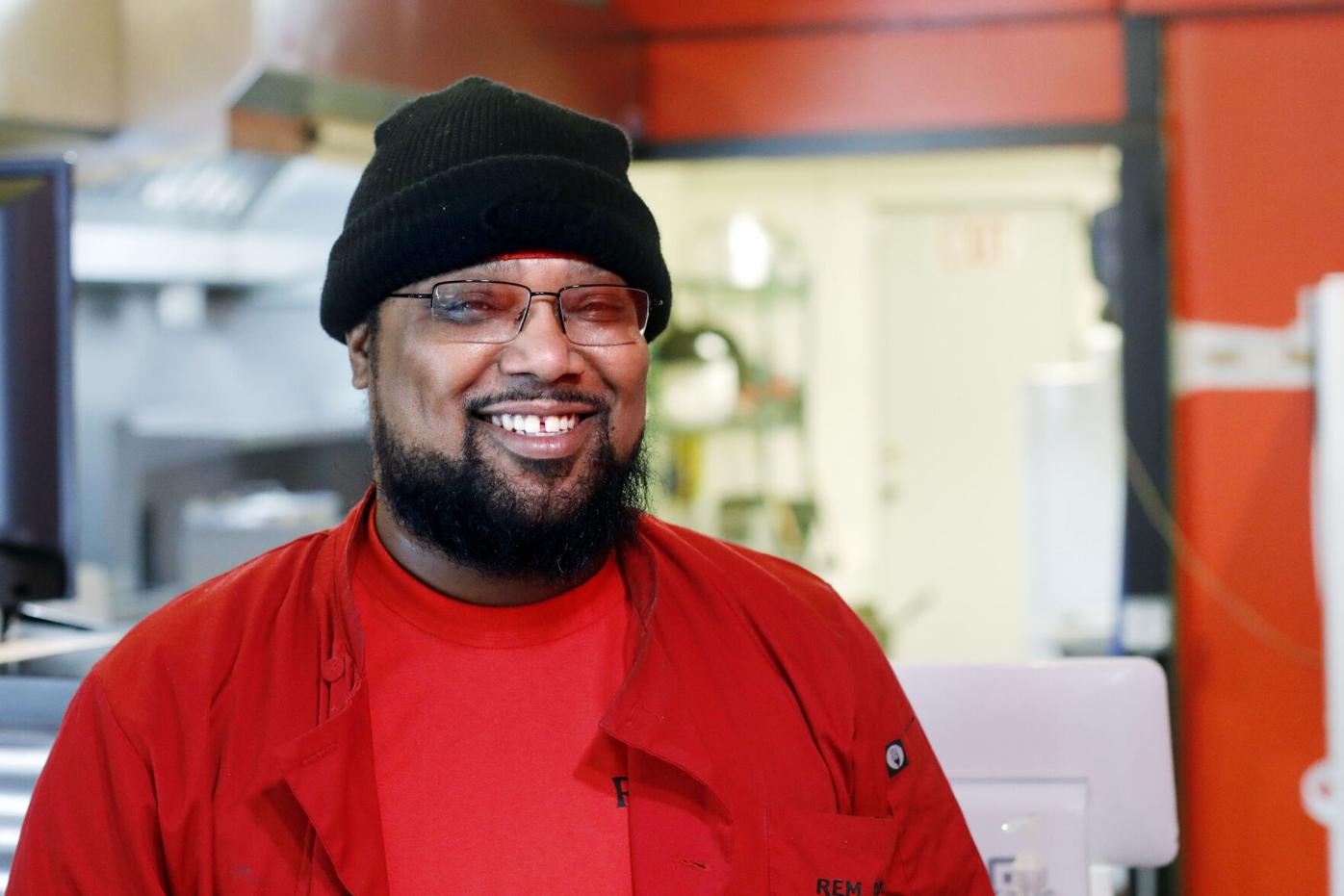 Owner Ivan Jackson moved to the Berkshires in 2010. 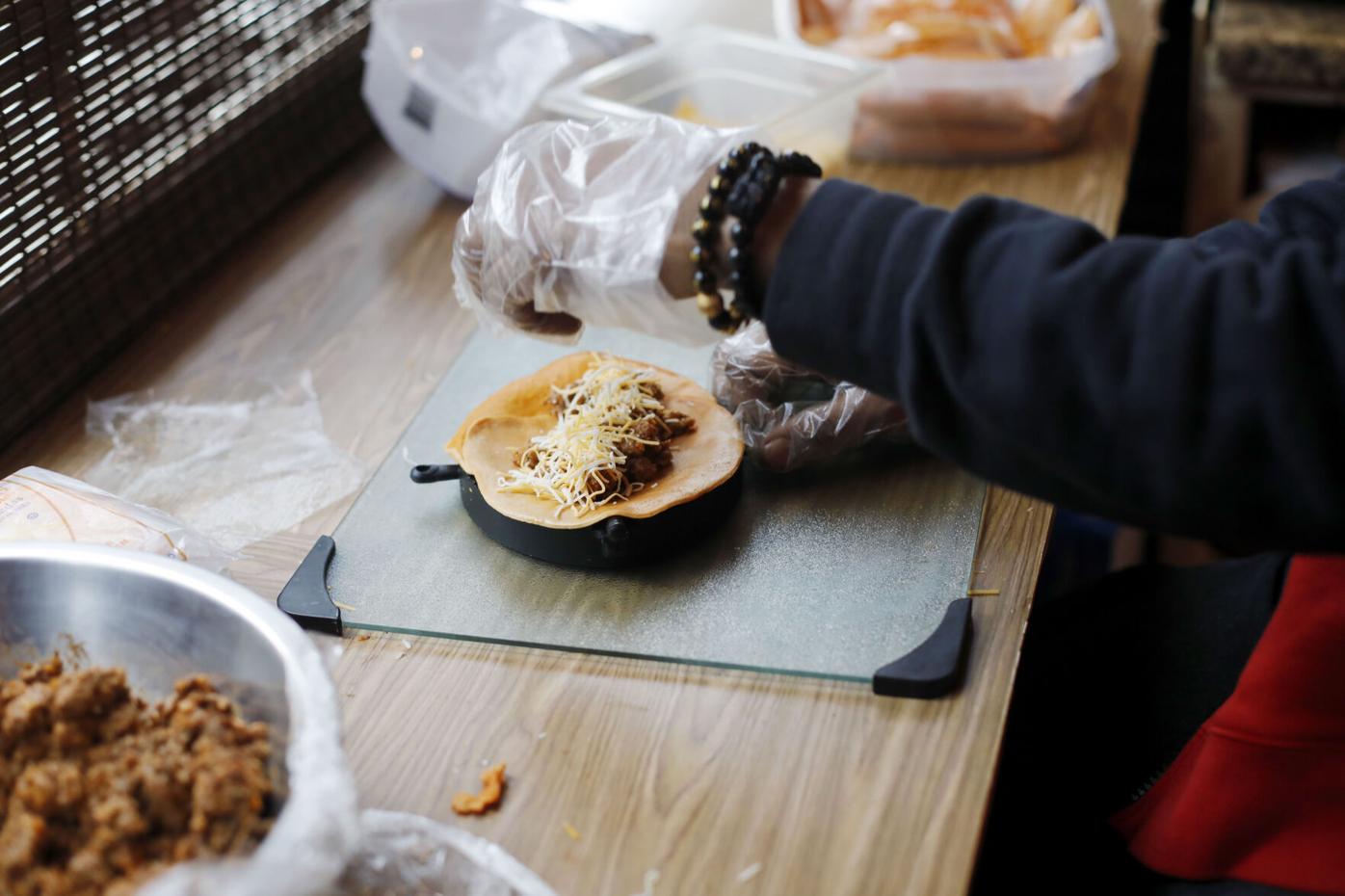 Korey Laviscount makes beef and cheese empenadas, one of the most popular items, at Rem Rock’s Fried Chicken and Soul Food in Pittsfield. 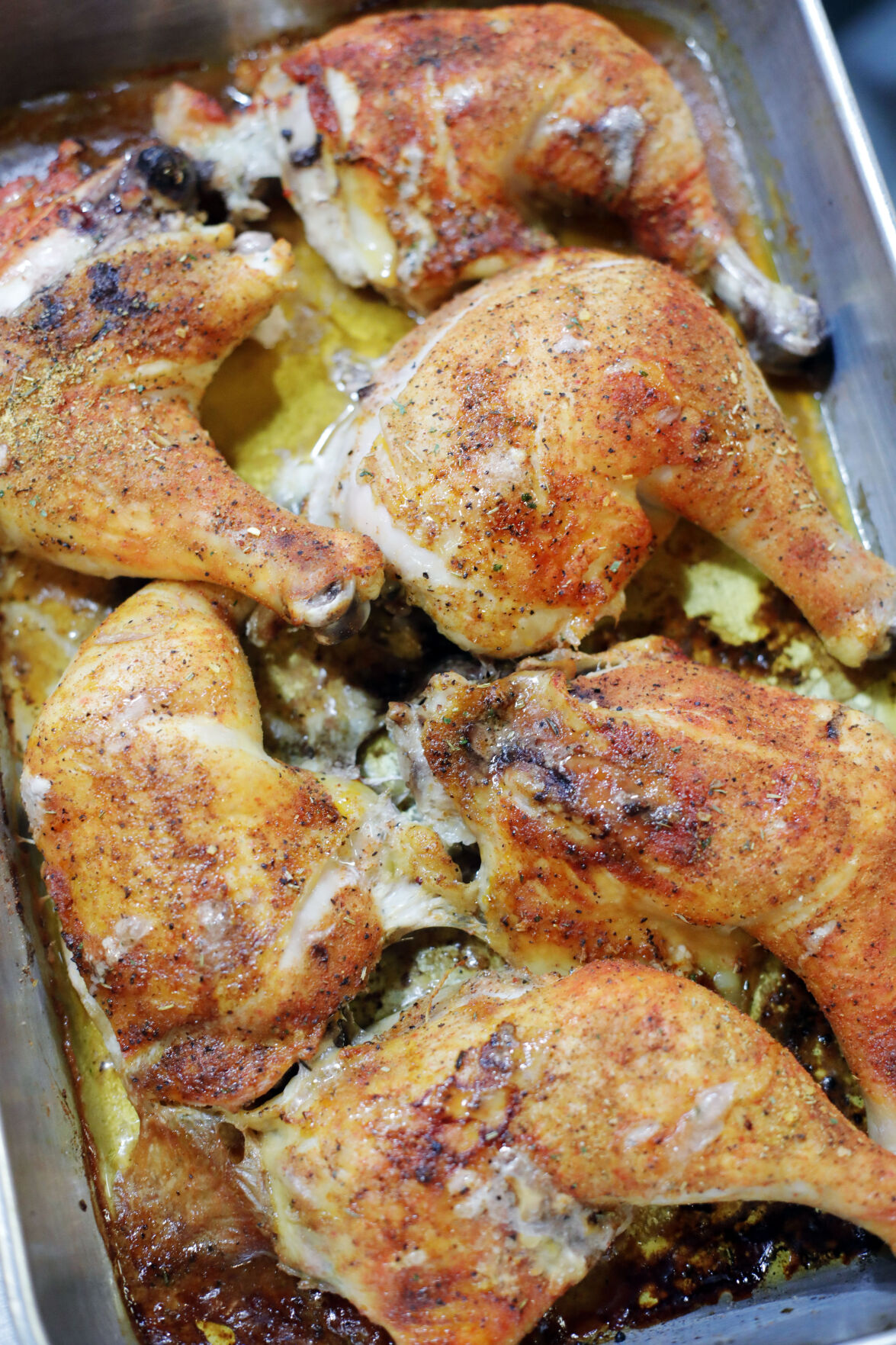 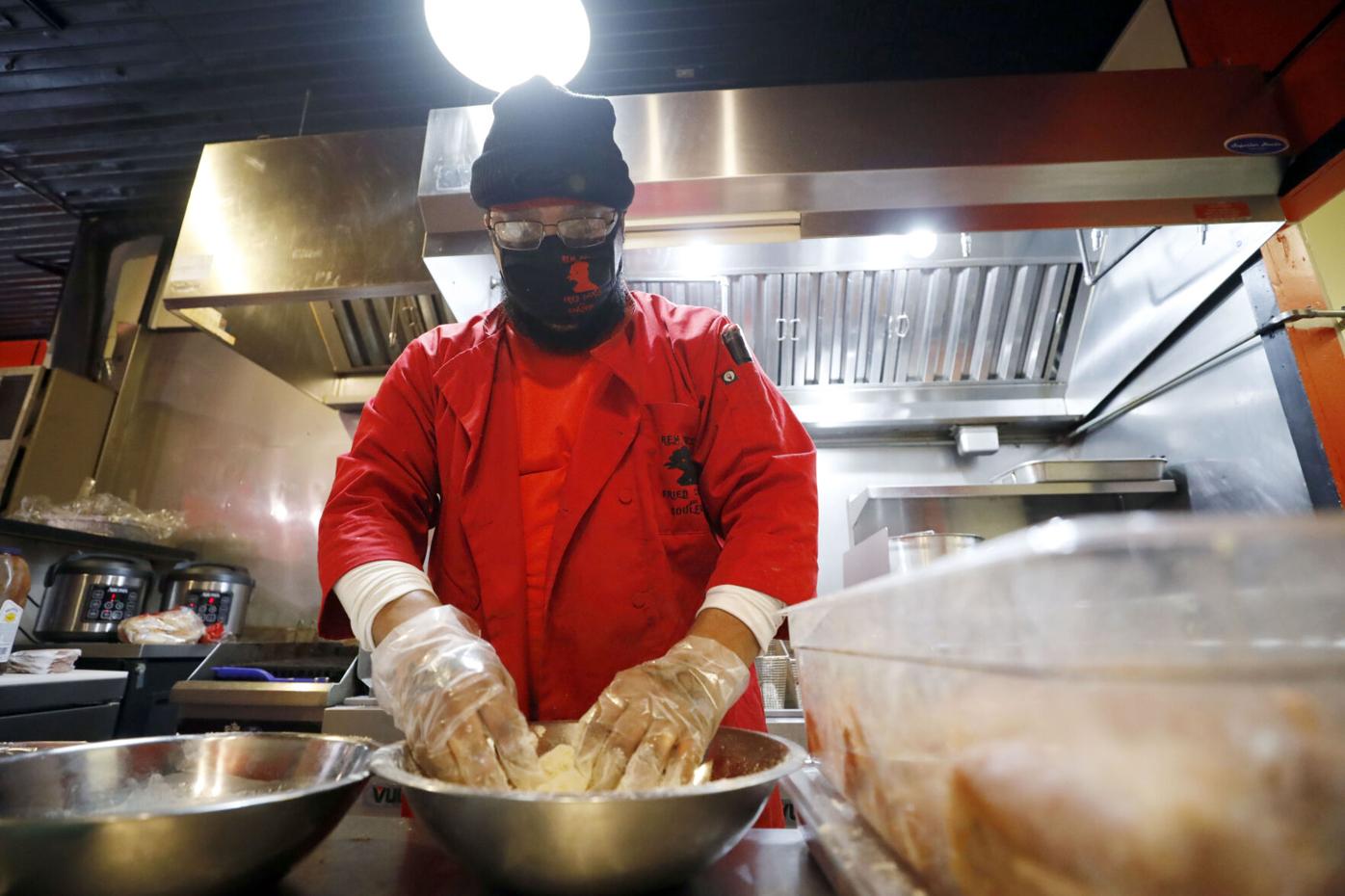 Jackson breads his signature fried chicken, which he says he makes with "love." 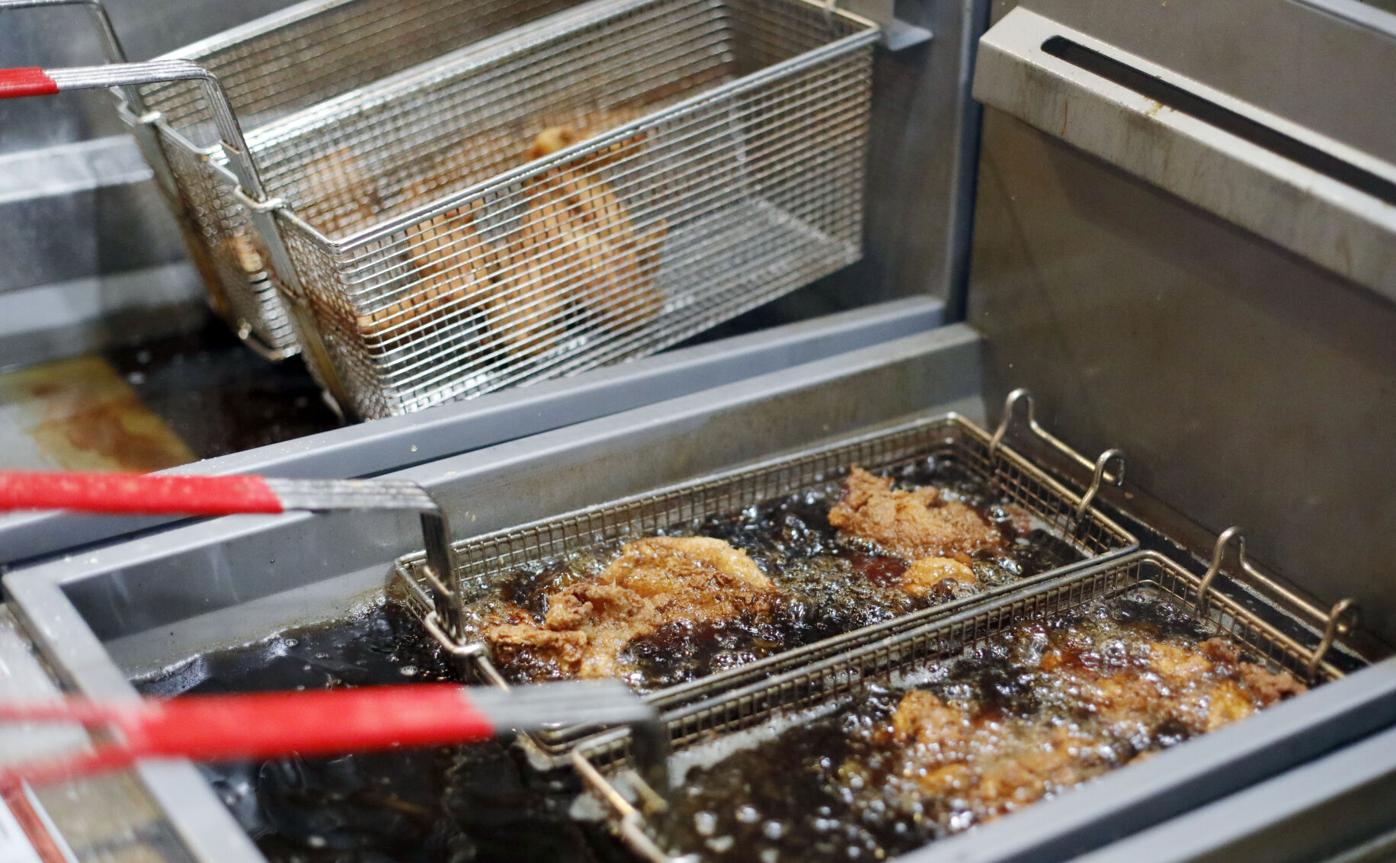 Jackson recommends pre-ordering food to ensure you get what you want, as most days his business is pretty busy.

Owner Ivan Jackson checks the temperature of his fried chicken at Rem Rock’s Fried Chicken and Soul Food in Pittsfield.

Owner Ivan Jackson moved to the Berkshires in 2010.

Jackson recommends pre-ordering food to ensure you get what you want, as most days his business is pretty busy.

PITTSFIELD — There is more than "soul" in the food served at Rem Roc's Fried Chicken and Soul Food on Fenn Street.

"Love," owner Ivan Jackson explained as the secret to his cooking. "I put it into the food as I cook it; the same way I have cooked it for years. People can taste the love I put into the food — that's what makes it taste so good." He added the fried chicken is an old family recipe.

"Rem Roc is an acronym," Jackson said. "It stands for 'Real every minute, regulating on competition.' It's been my mantra since I was a teen." The former hip-hop/rap artist, who came to the Berkshires by way of Harlem in New York City, added, "Music is a competitive sport."

He said he visited the Berkshires at the invitation of a friend the summer of 2000 or 2001.

"The area is so lovely and the people are so lovely," he said in a phone interview. "Everybody was one community." He fondly recalled swinging into one of the local lakes on a rope swing. "It was a better place to raise kids and we moved here in 2010."

After moving to the Berkshires, he worked at Walmart and BJ's, before securing a position at Price Rite as the assistant produce manager. When the store closed in June 2020, Jackson decided to take his savings and open his own business. The chicken and soul food eatery opened the week before Christmas last year.

"I always liked chicken," Jackson said. "My family was from the South and my grandmother was in South Carolina. I would be in the kitchen with my mom and grandmother, who were always in the kitchen. Cooking was my own therapy, and I became good at it."

After moving to the Berkshires, he said, cooking for other people started as a hobby. "I shared pictures of food I had made on Facebook. People said they liked what they saw and I started catering things, like birthday parties, and it expanded." He said while doing the catering, he was still employed full-time.

"Everything is made from scratch," Jackson said, adding he was looking at maybe adding desserts in the future.

And then there's the "Rempanada" ... "It's a take on an empanada," Jackson said. "I come in and make them fresh every day. They always sell out." He said he makes 150 to 200 Rempanadas a day, always beef and cheese, chicken and cheese, with Buffalo chicken as a special. The Rempanadas sell for $2 each or a bundle of three for $5.

Jackson said business has been "a blessing" and good so far. "I've enjoyed the experience. The community has been very, very supportive of me and I'm grateful for it."

"If they want a lovely, nice home-cooked meal without doing the cooking, they can stop by here," he said. "It's fast food for the soul because it's home-cooked."

Jackson advises customers to preorder their food. "It guarantees you will get what you want. Things fly really fast between Door Dash and people walking in."

When: Monday through Friday, 2 to 8 p.m.; takeout and delivery through Door Dash only