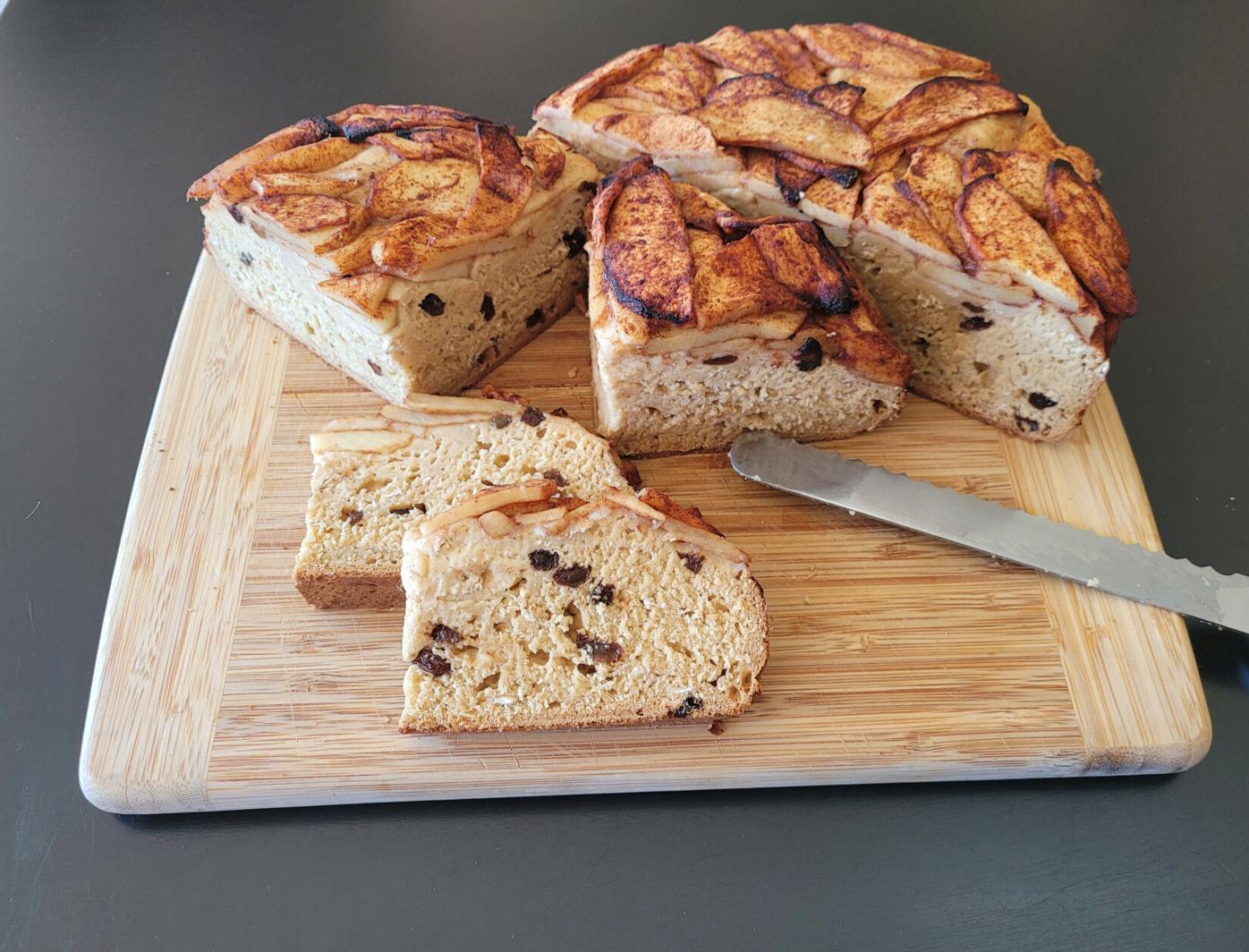 The best way to eat Irish treacle bread is plain, buttered or with whipped cream. 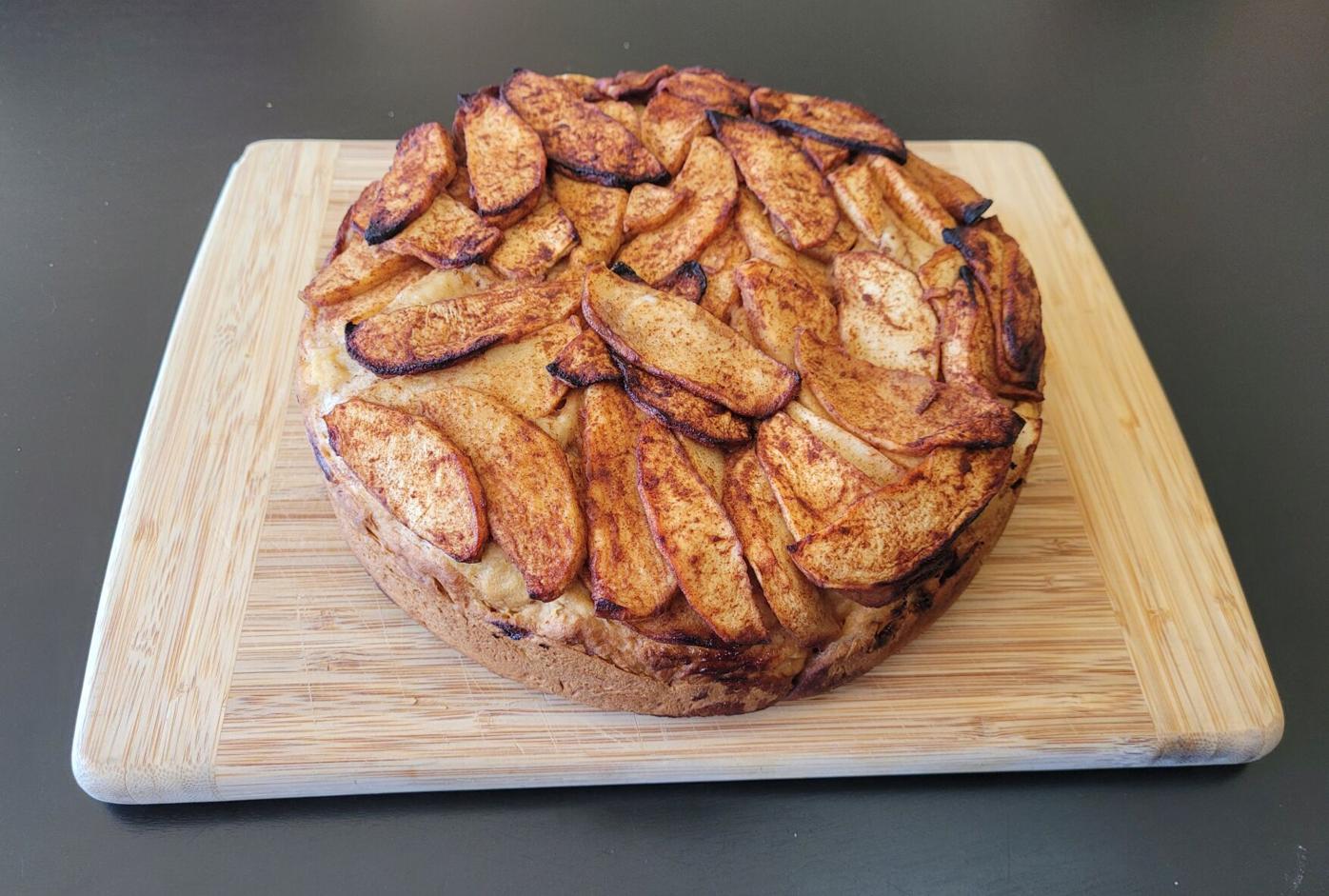 Apple treacle bread is a variation of an old Irish recipe for an apple cake, which uses plain soda bread as a base. 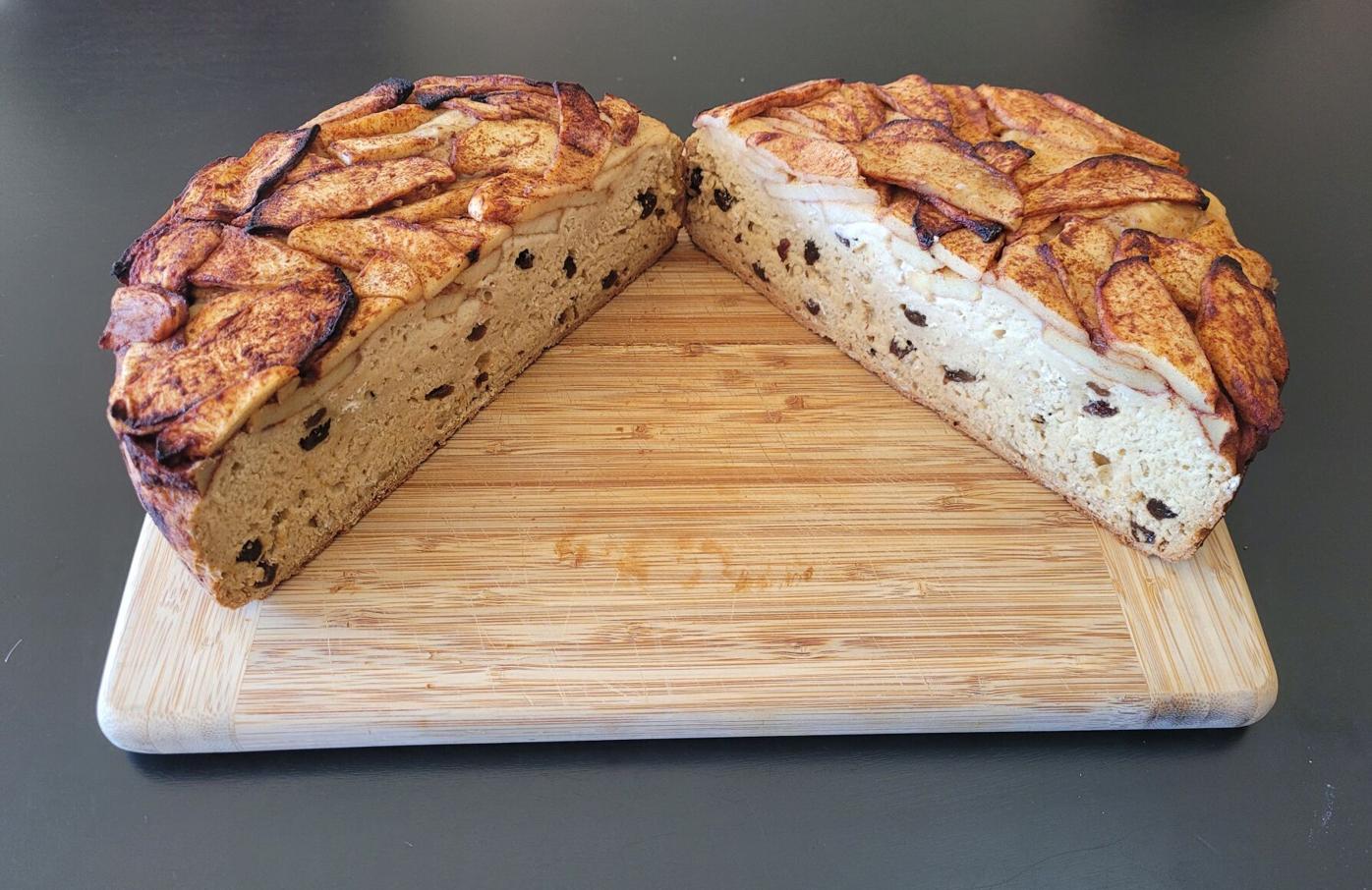 Although the original recipe is called an apple cake, it’s really a plain soda bread topped with sliced apples and is not what is generally considered a cake. This version is based on an Irish treacle bread, rather than a soda bread, to sweeten it somewhat. Irish treacle is what Americans call molasses.

The best way to eat Irish treacle bread is plain, buttered or with whipped cream.

Apple treacle bread is a variation of an old Irish recipe for an apple cake, which uses plain soda bread as a base.

Although the original recipe is called an apple cake, it’s really a plain soda bread topped with sliced apples and is not what is generally considered a cake. This version is based on an Irish treacle bread, rather than a soda bread, to sweeten it somewhat. Irish treacle is what Americans call molasses.

On St. Patrick’s Day, when it’s said everyone is Irish, one of the first things many people think of on this side of the Atlantic is digging into a heaping plate of corned beef and cabbage.

On the Irish side of the Atlantic, you may be surprised to learn corned beef and cabbage is not a tradition on St. Patrick’s Day. In fact, St. Patrick’s Day in Ireland was strictly a religious holiday with no grand parades and a day the pubs were ordered closed until 1970. Furthermore, when I first traveled to Ireland in 1973, the good people I had the privilege to befriend in County Donegal weren’t familiar with corned beef at all.

“What?!” you say. “There wasn’t corned beef, there were no grand parades, and the pubs were closed on St. Patrick’s Day in Ireland?!”

‘Tis true, but Ireland has come to embrace all the festivities we think of for St. Patrick’s Day and more. It took a significant nudge from the Irish Tourist Board, a large shove from the folks at Guinness and — how shall I say? — the general receptiveness of the Irish for a good party to make it the celebration it is today. It has evolved into a nationwide week-long festival at this point. This year, of course, things are different as it has been with virtually everything else. Ireland’s pubs are closed until at least the end of May and likely longer. Corned beef, meanwhile, is still not standard fare in Ireland on March 17.

The festival honoring Ireland’s patron saint has been celebrated since 1631, approximately 12 centuries after his death. March 17, 461 was purportedly the day of his death in Saul, County Down, Northern Ireland, where he had established his first chapel and began his missionary work converting the Emerald Isle’s people to Christianity. The facts of his life are a bit murky, though, given 5th-century record keeping anywhere in rural Europe.

March 17 does land conveniently in the middle of Lent, which allowed the 17th-century Catholic church to proclaim a day free from the prescriptions of abstinence leading up to Easter. St. Patrick’s Day, landing where it does, provided an opportunity for letting off steam in the middle of the rigors of abstinence.

At the time, this welcome reprieve allowed observant Irish, who had been forbidden to eat meat during the 40 days of Lent, to indulge in meat, commonly bacon, for that one day. It would have been rare for those earliest celebratory meals to include potatoes, as that crop had only been introduced to Ireland into County Cork 42 years earlier by Sir Walter Raleigh in 1589.

Irish bacon is quite different from the bacon we’re accustomed to. Irish bacon is cut from the back of the pig and is similar to Canadian bacon, whereas the bacon commonly found here is from the fattier belly and called streaky bacon in Ireland. Not only is Irish bacon considerably leaner, but it’s generally cured, not smoked, and due to its far leaner composition is not cooked to a crispy consistency.

Fast forward to 1845, when the sudden onslaught of a potato blight wiped out almost all of Ireland’s staple crop for the next several years with catastrophic effects in a country where so many were dependent on the potato to simply survive. Roughly one million Irish souls left this earth due to starvation-related causes during the potato blight years. Another estimated 80,000 lost their lives on the “coffin ships” while emigrating to the Americas.

Ireland eventually lost over 25 percent of its population due to the effects of starvation and those seeking refuge through emigration in response to the horrendous living conditions. The effects of those years are still felt today as Ireland’s population remains less than it was in 1841.

During the great emigration, those predominantly Irish-Catholic immigrants who cleared customs through Ellis Island overwhelmingly settled in many of the same neighborhoods as Jewish immigrants in New York City and environs, where they bonded as both groups were subjected to a great deal of discrimination.

It was in those mixed neighborhoods that early Irish immigrants adopted the plentiful and affordable corned beef as their own from their Jewish neighbors, serving it with their familiar inexpensive and nutritious cabbage and potatoes. Thus, began the tradition of serving corned beef, as a substitute for Irish bacon, on the day celebrating Ireland’s patron saint among Irish Americans. Ironically, corned beef had been a considerable export from the south of Ireland decades previously, but unaffordable in most of Ireland and, therefore, unknown.

Because the world certainly doesn’t need another recipe for corned beef and cabbage, I’d like to share my variation of an old Irish recipe for an apple cake, which uses plain soda bread as a base. This old recipe was passed on to me by a friend from County Donegal, Tom Curran, after I asked his siblings and him for help with a recipe for this article. I could write a book from the informative and often hilarious responses from Tom and his seven siblings.

In the text for the original recipe, the author notes that many years ago it would have been baked in a pan above an open fire in Ireland. Sadly, I’ve had to break with authenticity as open fires are forbidden by my condo association and, not having a fireplace, I had to resort to baking this creation in a 9-inch springform pan in my electric oven.

While the original recipe is called an apple cake, it’s really a plain soda bread topped with sliced apples and is not what we generally consider a cake. I decided to make it with an Irish treacle bread rather than a soda bread to sweeten it somewhat. Irish treacle is what we call molasses, but there’s only two tablespoons in this recipe, making the bread barely sweet. Call it bread or cake, eat it plain, buttered or with whipped cream whenever you like!

Position an oven rack in the middle of the oven and preheat to 425 F. Thoroughly butter the inside of a 9-inch springform pan.

Mix the ingredients for the topping in a bowl and set aside.

Mix the flour, salt, baking soda and oatmeal in the bowl of a stand mixer using the paddle attachment on low speed. With the mixer running, begin adding the butter about a tablespoon at a time and continue to blend until fully incorporated.

Stop the mixer and make a well in the middle of the flour mixture to add the buttermilk mixture.

On a floured surface, gently knead the dough for a minute or so until the dough becomes soft and pliable.

Press the dough into the buttered springform pan and top with the apple mixture, lightly pressing down on the apple slices with a spatula so they bake together.

Bake for 45 minutes, remove to a cooling rack, lightly pressing the apple topping with a spatula once again and cool for about 10 minutes before removing the springform pan. Allow to cool for at least 30 minutes more before serving.