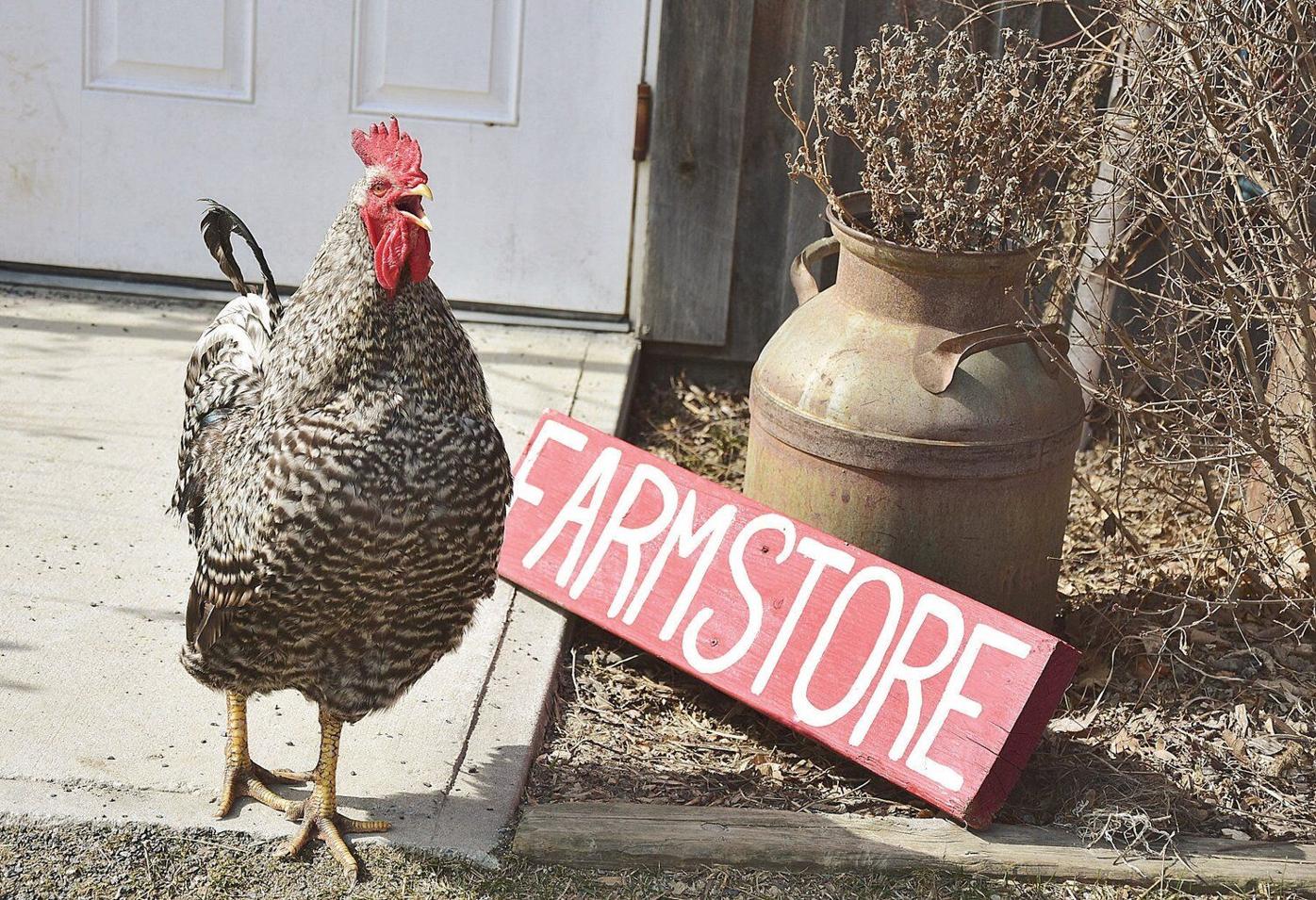 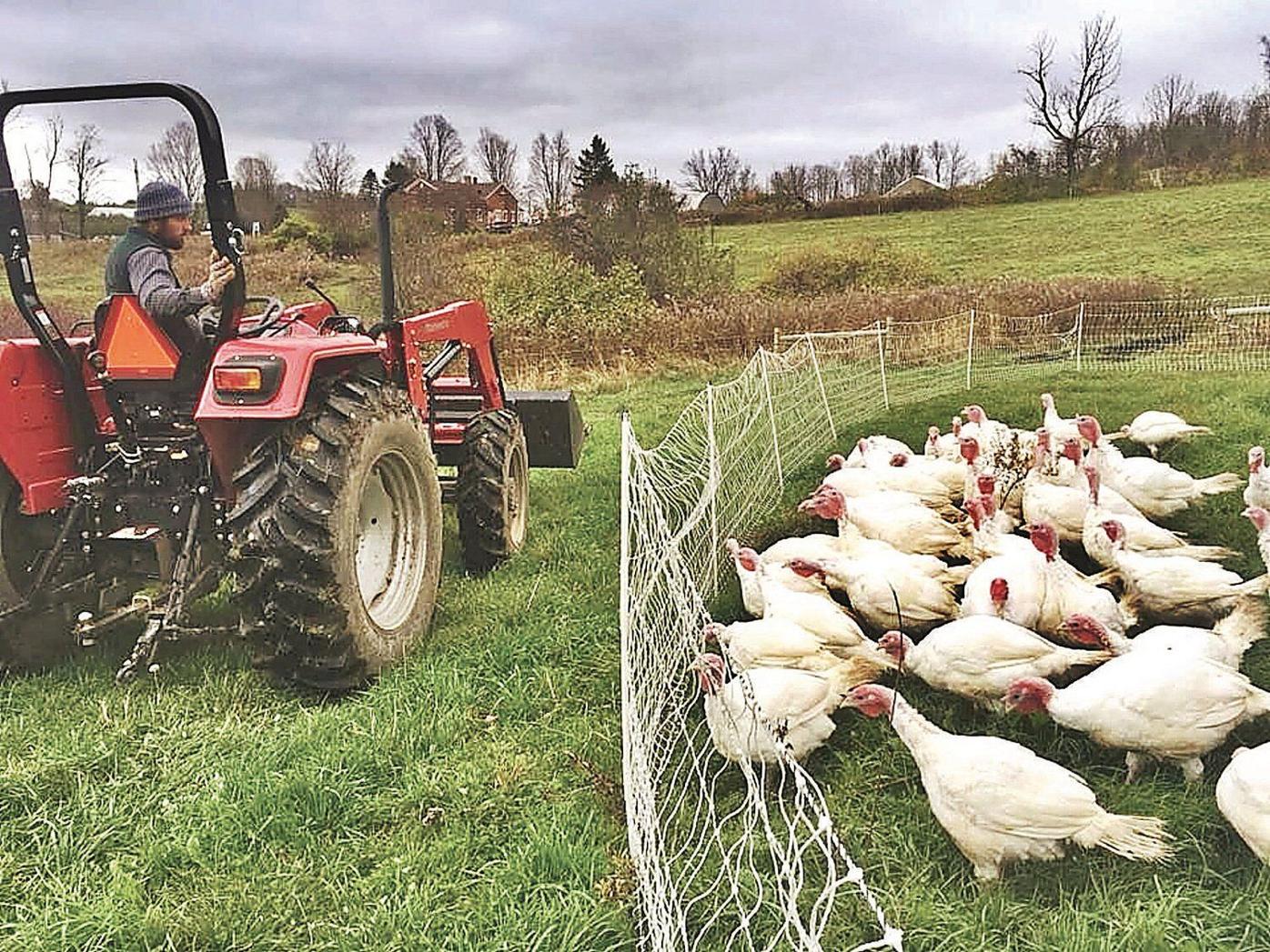 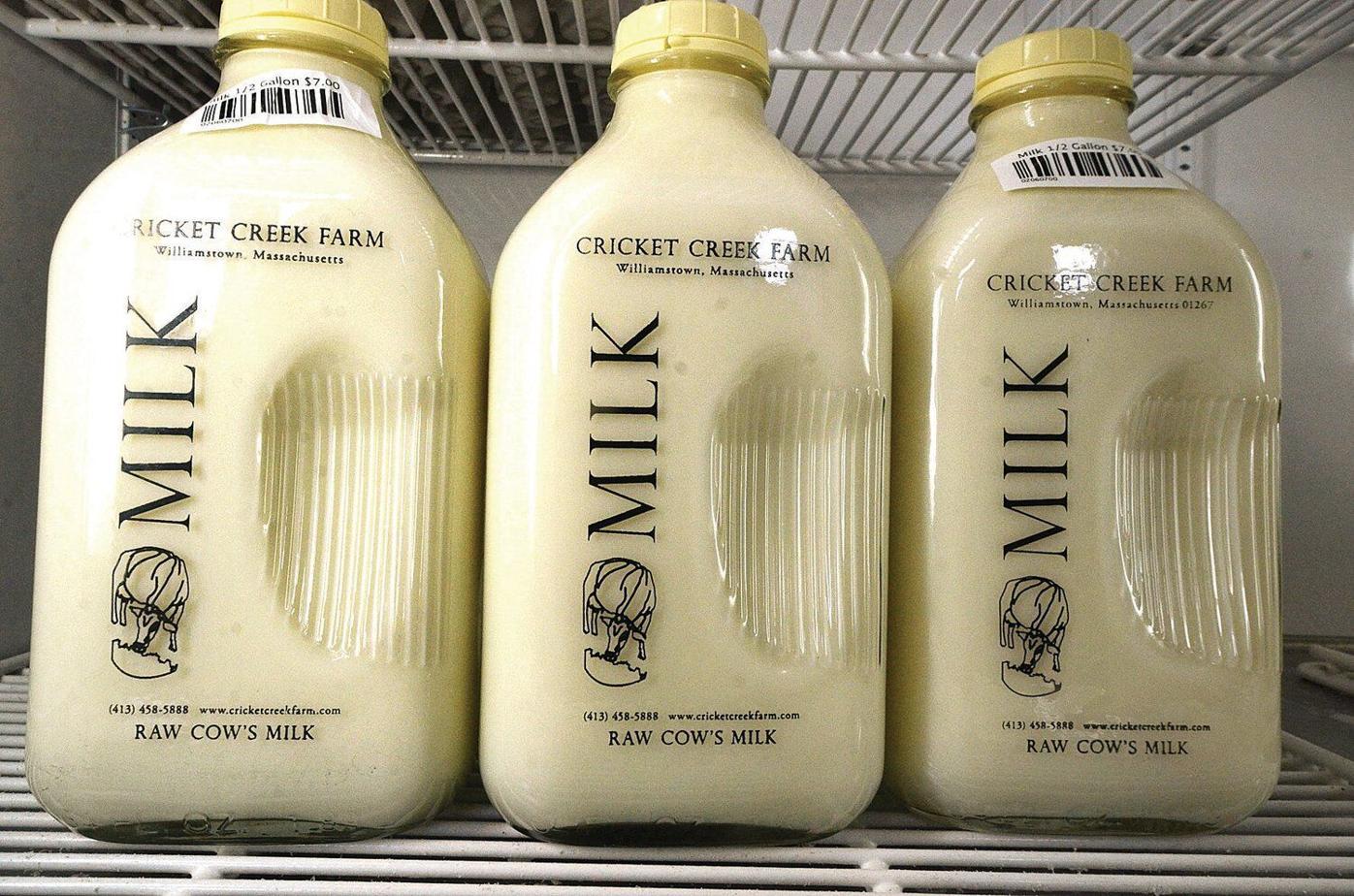 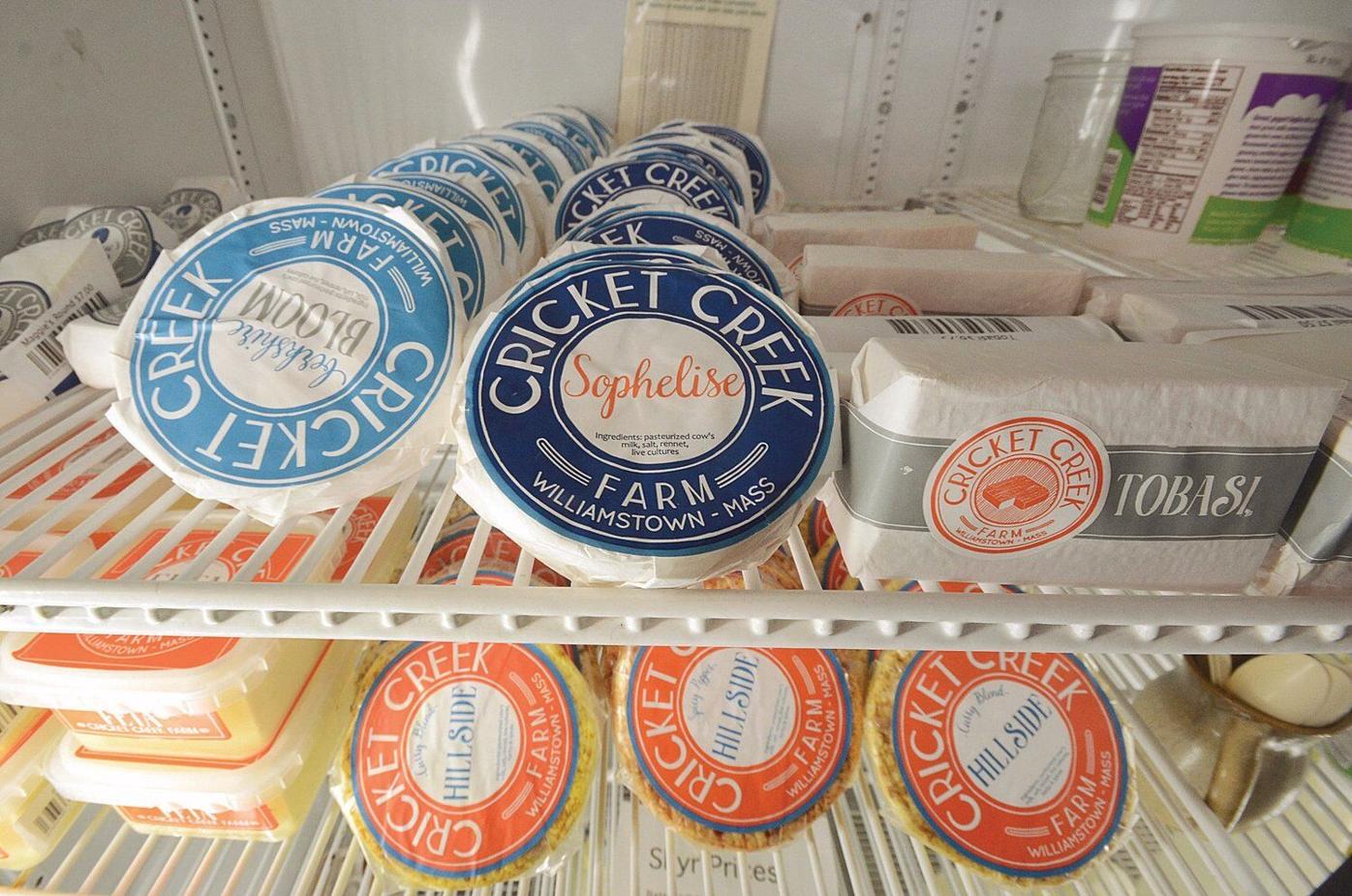 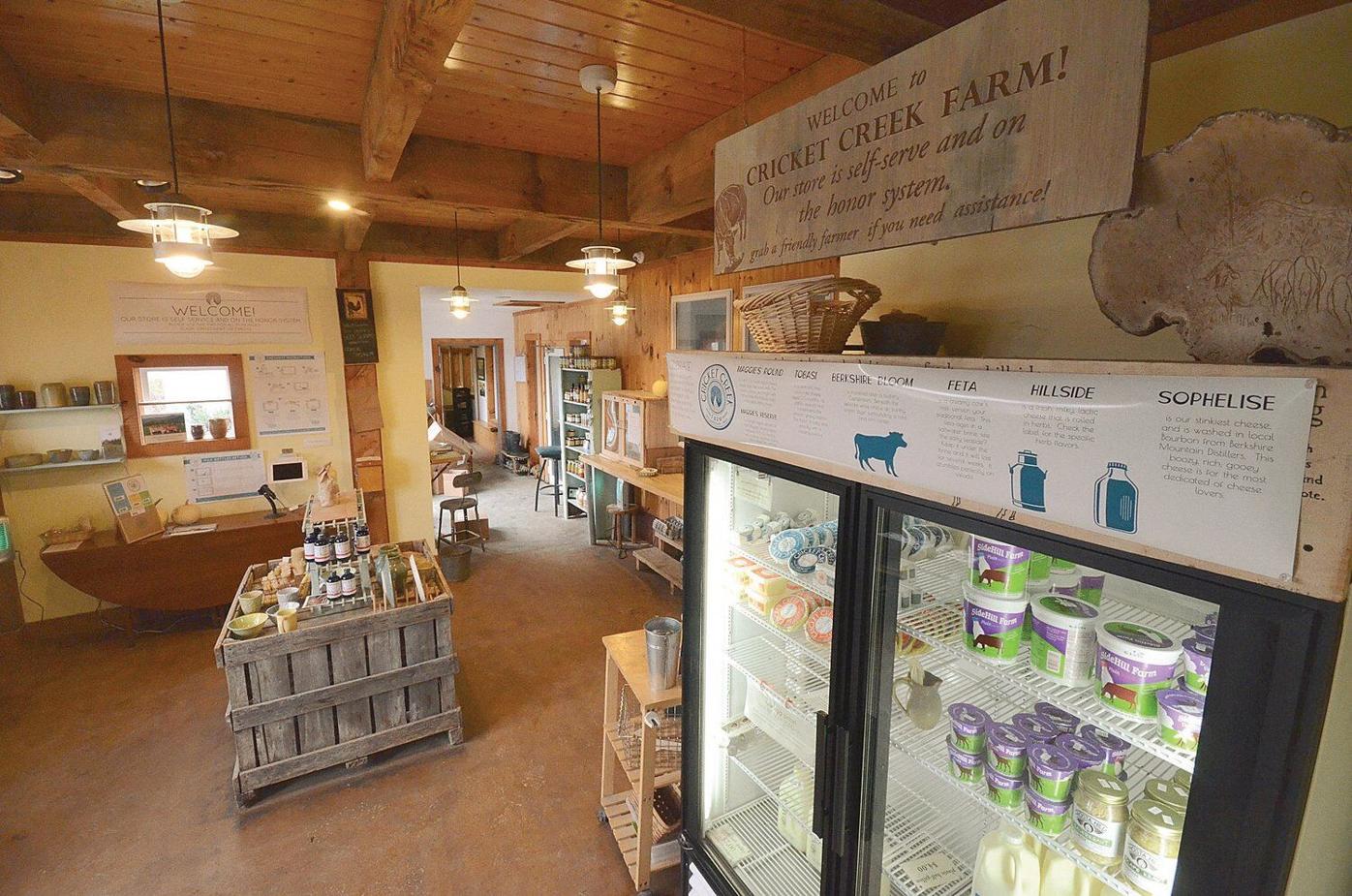 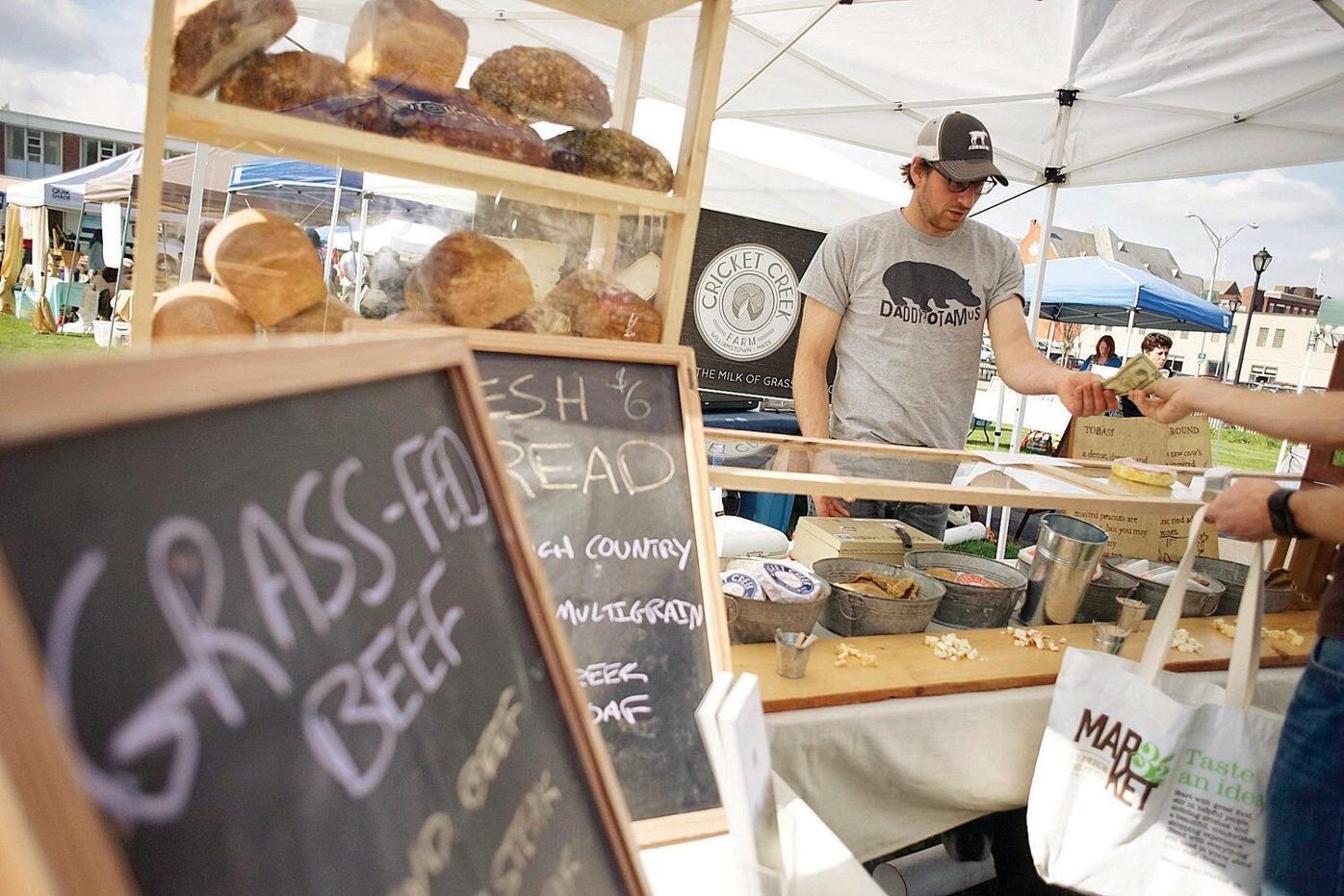 Farmers Ashley Amsden and Michael Gallagher had been floating the idea of adding home delivery of their pasture-raised chicken, beef, pork and eggs as an option for customers of their Lanesborough farm "for a while."

The husband-and-wife team, who own Square Roots Farm, were waiting for the right time to launch the service. Two weeks ago, as indoor winter farmers markets in North Adams, Pittsfield and Great Barrington were canceled, it became clear it was the "right time."

"When all of our markets got canceled we were nervous," Amsden said in a recent telephone interview. "We were looking at a lot of lost income and we were thinking of all our customers, who get their meat and eggs from us. Many of them can't make it out to the farm."

The couple took their existing online order form, typically used for meat and egg orders, picked up at the farm or at farmers markets and adapted them for delivery orders.

"We based our delivery schedule on where we are historically scheduled to be. We replaced the markets we would have been at, with delivery service," she said.

On the weekend they'd typically participate in the Berkshire Grown Farmers Market, Square Roots delivered to customers in Southern Berkshire. This weekend, usually an off week, they delivered to homes in Central Berkshire. On Saturday, April 4, in lieu of the canceled market in North Adams, the farm will deliver to Northern Berkshire residents.

"A lot of us are kind of pulling things out of the air and making things work," Amsden said of the quick addition of home delivery service. "When we saw other people were doing a little bit of home delivery, we reached out to the other vendors at the farmers markets we attended and asked if they wanted to team up on this."

Square Roots, she said, is acting as an intermediary.

"We're handling the ordering process," Amsden said. "We added the products [of other vendors] to our Google order form. We're getting the orders to them, they get those orders to us and we deliver them. It's our first time working with anyone else like this. It's totally in flux."

On March 20, Amsden said the farm had received 60 orders, a combination of delivery and farm pick up, in the prior eight days. The orders, she said, are from a mix of their regular customers and new.

Currently, the delivery service is scheduled through April 4. Orders for delivery or farm pickup must be completed by Friday, April 3 at 3 p.m. An online order form can be found at squarerootsfarm.org.

"The support and interest from the public have been amazing," she said. "We've been discussing what home delivery could look like in the longer term if markets continue to be canceled. There's so much uncertainty right now. Should we be developing something for the next three months?"

The cancellation of farmers markets across the Berkshires could have a lasting impact on local farms, like Cricket Creek Farm in Williamstown, where those sales make up a significant part of its revenue.

"Running a dairy farm is always a struggle. Most small dairy farms are not surviving. When we bought the farm, we did it with the approach of adding value through making cheese and selling locally and regionally. We make 25 percent of our revenue through farmers markets," Topher Sabot, co-owner and farm manager, said during a recent interview.

Shipping of perishable products, like cheese, he said, is challenging, so the farm isn't able to sell its products through an online store. But sales at the farm's self-serve store on Oblong Road have seen an uptick.

"The last 10 days have been extremely busy, based on historic norms for this time of year," Sabot said. "Lots of people have been coming in. It's a pretty good place to shop. Even when it's busy, there never tends to be too many people."

Typically, the farm store, he said, is patronized by a consistent local following who buy the farm's raw milk and by people vacationing nearby. Cricket Creek also sells its grass-fed beef and whey-fed pork, along with additional products, in the farm store.

"When people think of Cricket Creek, they think of cheese, but we also carry staples that are locally produced: butter, flour, pasta and pasta sauce, granola. We've seen an uptick in those sales, as people are stocking up and avoiding bigger grocery stores," Sabot said.

The plan, he said, is to keep the farm store open, keeping best practices when it comes to sanitizing the store and observing social distancing measures, and to continue to provide really good food to the community.

Partnering with Square Roots on delivery has given Cricket Creek another sales option, but it won't replace the farmers market sales.

"The winter markets have been canceled; if the spring and summer markets are canceled, from a business standpoint, I'm very worried if the farm can withstand this," he said.

Sabot isn't just worried about the survival of Cricket Creek's future. He's also concerned about the long-term impact of the economic downtown caused by the coronavirus will have on other farms in the region.

"One thing that has really struck me is the idea, this question, that is often talked about in regional planning meetings: If in a disaster, could our local food producers produce enough food to sustain us if we couldn't get [food] in from outside the area?" he said."The answer is, local farmers and local food producers are here and able to produce food for the community.

"I think the big question is, will small farms make it through this? The fabric of communities could change if farms go out of business. I don't think other farms will pop up and replace them like [what happens with] other businesses. I don't think you'll see new farms starting up. It's a scary time for sure."

Will Conklin, of Sky View Farm in Sheffield, also was out delivering orders on March 21, something he doesn't normally do.

"We did some deliveries to make up a little lost revenue from the Berkshire Grown Farmers market being canceled," Conklin said an interview Monday.

Conklin and his wife, Amelia, sell pastured beef, pork, chicken and turkey through a year-round meat CSA program at their farm.

"The Berkshire Grown winter markets are pretty much the only ones we do. It's an income stream we rely on during the winter months," he said. "The majority of our sales come through our CSA. We're lucky to have those customers coming to us every month. But the sales at the market helps us get through the winter and keep things flowing."

While farm stands and farm stores are considered essential businesses, Conklin says he's keeping an eye out for travel restrictions that would keep people from coming to the farm. CSA members pick up their meat shares from the farm on a designated day every month.

"Right now, CSA members choose which [meat] products they want when they come to the farm," he said. "We don't have anything set up online. We don't have a website at the moment. We'd have to look at setting up an internet platform and that would be a major endeavor. Hopefully, it doesn't get to that point."

Berkshire Grown, a nonprofit aimed at connecting farmers and the community is working on creating an online portal to help keep established connections and foster new ones during the state's COVID-19 stay-at-home advisory.

"Farms and farm stands and farmers markets (in some areas) are considered essential services," Berkshire Grown Executive Director Margaret Moulton said in an interview Monday. "Several of our members have set up delivery services. Square Roots jumped on that immediately and got that going."

The organization, she said, is working to establish a searchable online database that directs visitors to farms that specialize in certain products or offer specific services like home delivery.

"Right now, we have a very funky looking, but effective, spreadsheet on our website that tells people how they can support farms at a distance, and where and how products are available," she said.

Berkshire Grown also is working to establish a farmers market for April.

"We want to have some version of a farmers market. It may be one where people buy and pay from farms in advance. Instead of shopping, people show up and get boxed orders — a farmers market with curbside pickup," Moulton said. "We're trying to support our farmers and get the community the food they need and do it in a socially responsible way."

There's also a focus on getting some farmers online.

"Some farmers don't have an online purchasing system, so we're also trying to figure out sources of support to pay for and develop that really quickly," she said.

Moulton is also hearing good news from Berkshire Grown's members, such as increases in CSA memberships.

"One thing that's affirming and inspiring and invigorating is the way that the Berkshires is already set up to get to [the community to] our farmers," she said. "While the processes are not exactly what we're used to — social distancing, keeping food safe from any random exposure — we have that in place."