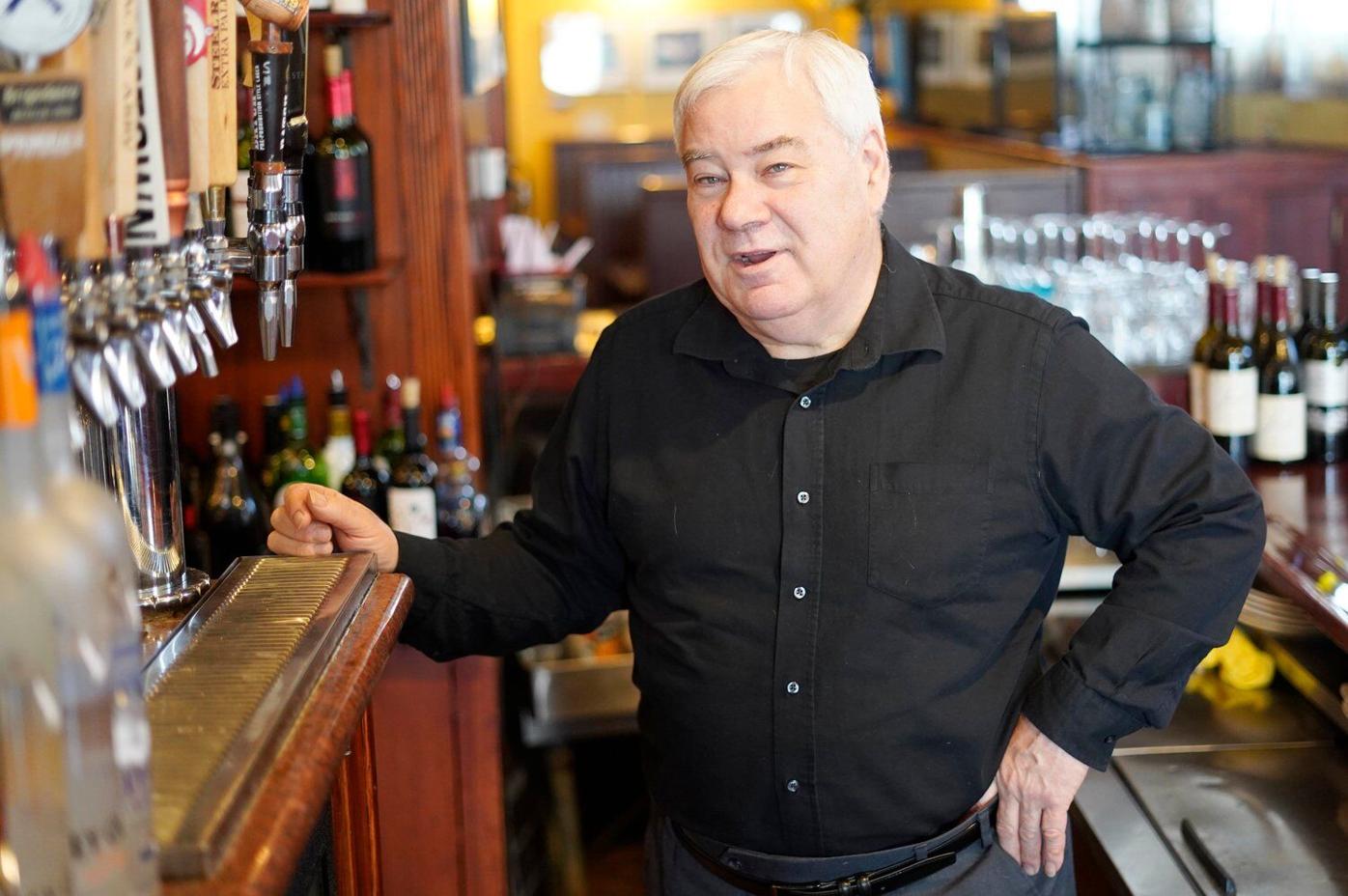 Paul Ruscio, bar manager at Rainbow Restaurant in Pittsfield, works the 14-seat bar Wednesday through Sunday from 4 p.m. to closing time, which can be around 11. "I recently semi-retired - I'm taking two days off instead of one," he quipped. 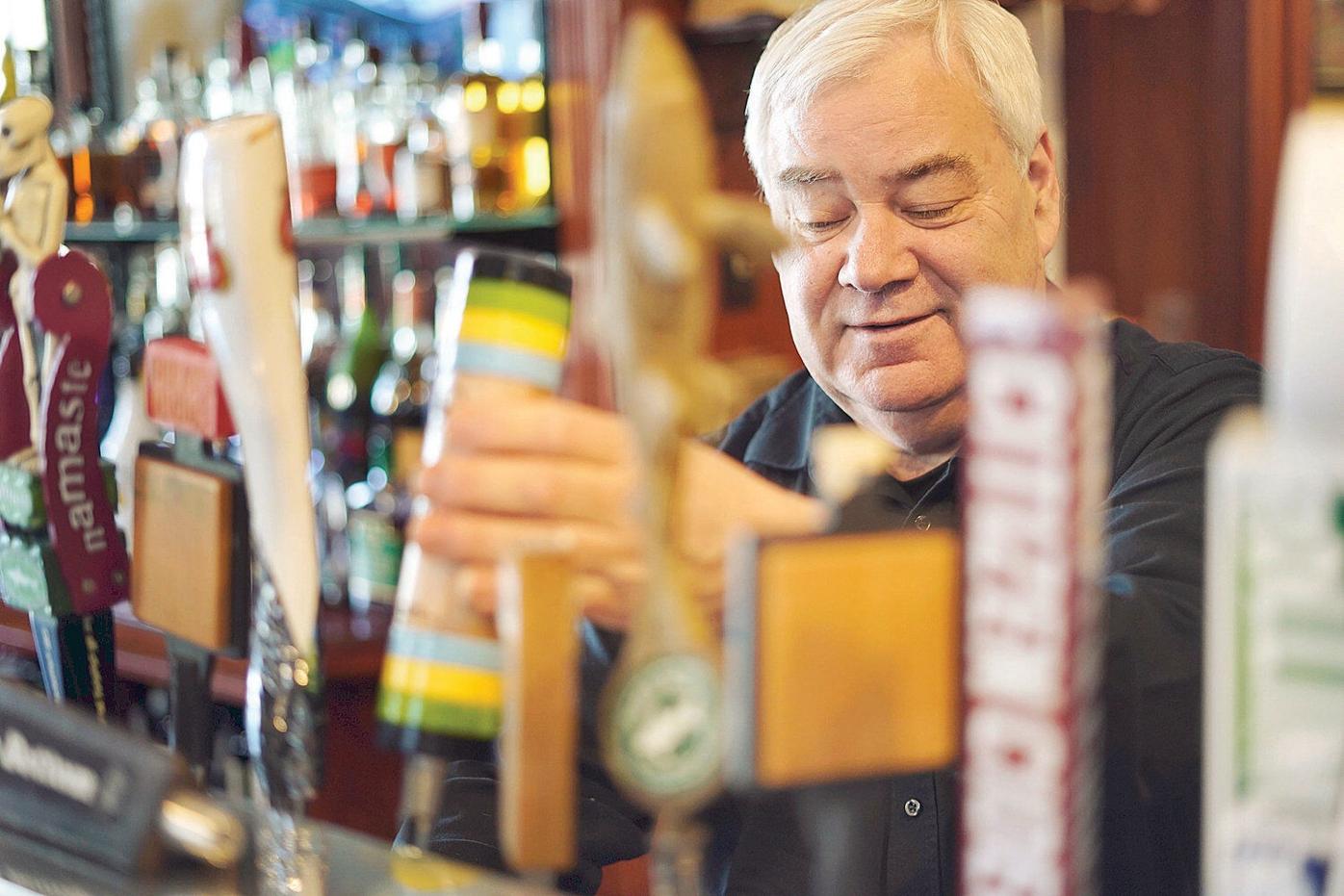 West Lebanon, N.Y., resident Paul Ruscio has worked in the restaurant business for more than 40 years, the last six-plus coming at the Rainbow in Pittsfield. 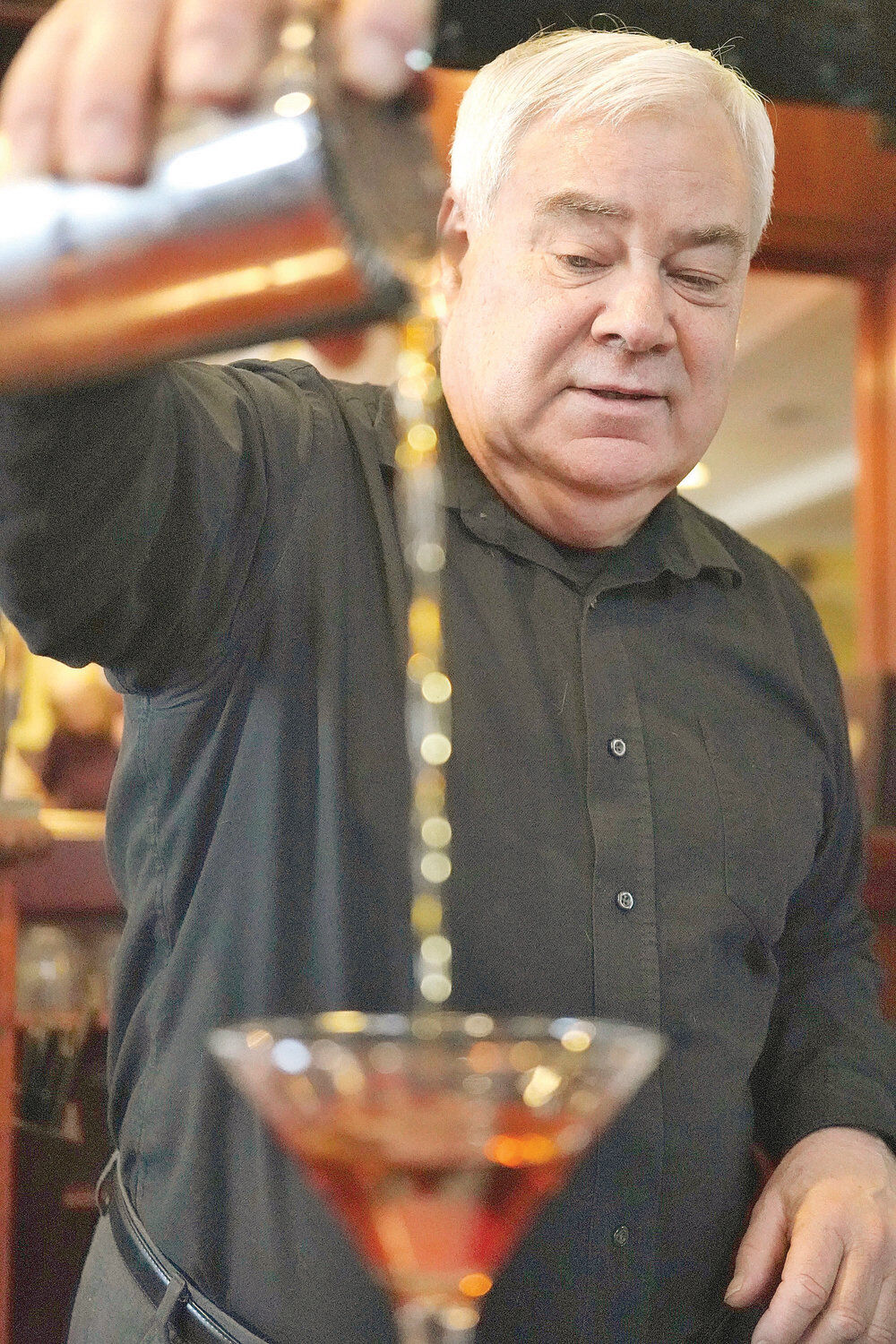 Paul Ruscio, bar manager at Rainbow Restaurant in Pittsfield, works the 14-seat bar Wednesday through Sunday from 4 p.m. to closing time, which can be around 11. "I recently semi-retired - I'm taking two days off instead of one," he quipped.

West Lebanon, N.Y., resident Paul Ruscio has worked in the restaurant business for more than 40 years, the last six-plus coming at the Rainbow in Pittsfield.

PITTSFIELD — Whether it's bringing notes to an interview or arranging the setup behind a bar, Paul Ruscio likes to be prepared for what's coming his way.

"Preparation of the bar and knowledge of the bar ingredients is actually one of the most important things," the bar manager said before his Friday shift at Pittsfield's Rainbow Restaurant, some printed talking points set on the table in front of him.

The West Lebanon, N.Y., resident has worked in the restaurant business for more than 40 years, the last six-plus coming at the Rainbow. He has won three Berkshire County bartending contests at the Shaker Mill Tavern and taught a mixology class at Berkshire Community College, where he has preached preparation as well as being personable and knowledgeable about drinks. It wasn't a career the U.S. Marines veteran anticipated pursuing.

"I never intended to be in the restaurant business. When I was going to college, I tended bar to [supplement] my income, and then the fun, the money, the food and beverage just lured me in," said Ruscio, who was wearing his standard black button-up and slacks uniform.

Bartending has changed since he first started.

"It was back in the '70s. Martinis and Manhattans were the rage, and drinking as much as you wanted was OK," Ruscio recalled. "Then it got to be vodka drinks — the dark spirits fell out of favor. After that, martinis came back again. That was the time we started being responsible for how much people could drink. We had to start monitoring the consumption of the customers which, when it first started, brought on anger and astonishment [from some customers]. People just couldn't comprehend getting shut off when you could actually drive home drunk and get a headlight ticket."

These days, craft beer, flavored martinis and Manhattans are in favor, according to Ruscio. Responsibility is in style, too.

"People are more careful. People are drinking less, but they drink better," Ruscio said. "They'll take that same amount of money they were spending and buy something nicer — fine bourbons, cognacs, ports, nice glasses of wine."

Ruscio works the 14-seat bar Wednesday through Sunday from 4 p.m. to closing time, which can be around 11.

"I recently semi-retired — I'm taking two days off instead of one," he quipped.

His bar often features a fair amount of regulars, but he enjoys bringing newcomers into the fold.

"[I] introduce them to the regulars and have people hear who they are and what they do," he said.

He isn't one to blab, though.

"Frequently, I don't tell people my story," he said. "They want me to listen to their stories."

Ruscio had the opportunity to share his on Friday, answering a variety of questions in the process. Some of them are captured below.

What's the most common drink order you get here?

Craft beer (Rainbow has more than two dozen on tap). That's a new rage. And then after that, the new martinis, which are flavored martinis as opposed to the traditional.

What's your favorite drink to make?

What's your favorite drink to indulge in on the menu?

Unfortunately, I stopped drinking a couple of years ago.

What do people talk to you about?

A plethora of topics: current events in their lives, vacations, problems — a lot.

What do you wish people talked to you about more?

Anything but sports. Unfortunately, one of my faults is I don't really care for sports nor know much about it. My common joke is, if you ask me what Tom Brady's batting average is, I wouldn't know.

When you're not on the clock, what do you do to pass the time?

What are some of your other favorite establishments in the Berkshires?

I live in West Lebanon, so I go to Albany all the time. If I'm going to pull myself over here, I'm going to say Frankie's over in Lenox.

What should people know about bartending that, if they've never been a bartender, they might not know?

That it's physically demanding, and you have to be on top of your game to listen and talk to people all night long even if you don't feel like it.

Have you ever wanted to own your own bar?

I regret never owning my own bar. However, who knows what would have happened as I [wasn't] the master of discipline when it came to fun and alcohol!

Do you have some favorite bartenders? Are you afraid to ask them random questions about their lives? Contact Benjamin Cassidy at bcassidy@berkshireeagle.com, at @bybencassidy on Twitter or 413-496-6251 to nominate a bartender for this monthly series. You may just find the answers you're seeking.