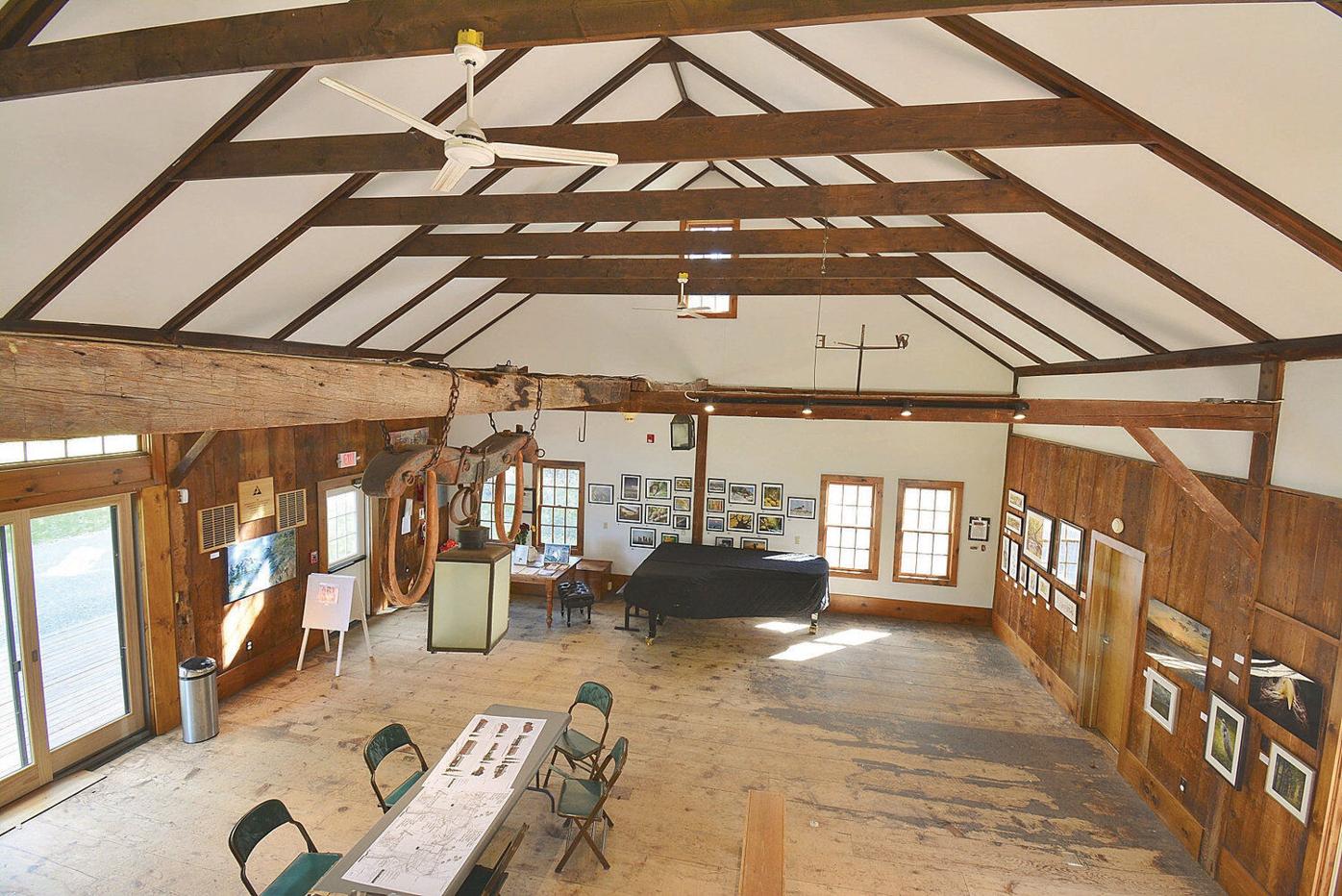 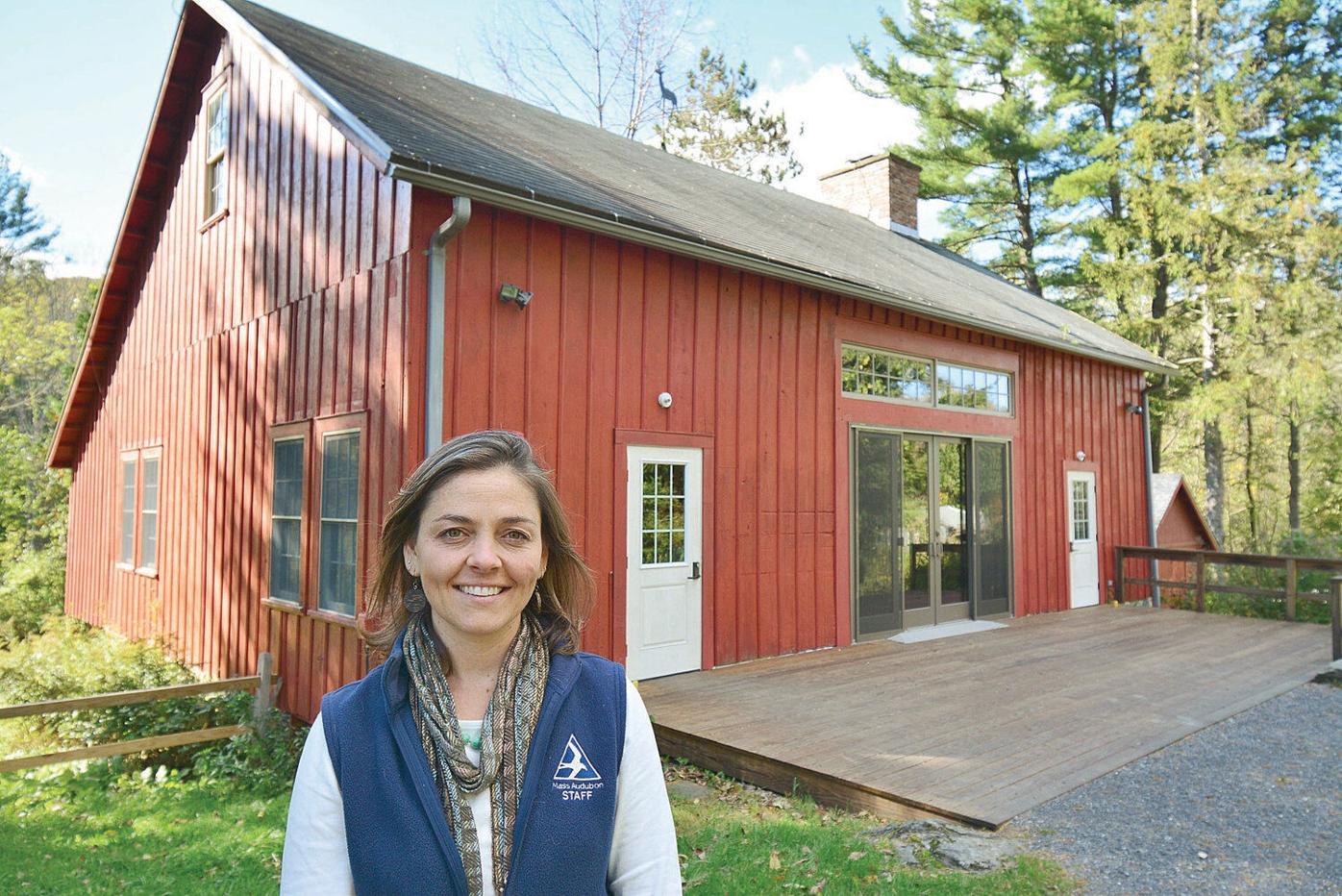 Berkshire Sanctuaries Director Becky Cushing-Gop, shown outside of the barn at Mass Audubon’s Pleasant Valley Sanctuary in 2018, will now oversee all wildlife sanctuaries from the Connecticut River Valley west to the New York border as director of Mass Audubon West.

Berkshire Sanctuaries Director Becky Cushing-Gop, shown outside of the barn at Mass Audubon’s Pleasant Valley Sanctuary in 2018, will now oversee all wildlife sanctuaries from the Connecticut River Valley west to the New York border as director of Mass Audubon West.

LENOX — An 18th-century barn at Mass Audubon's Pleasant Valley Sanctuary will be the setting Friday for a live BBC international broadcast of music, blending the sounds of nature with interviews and readings.

"Into the Forest," hosted by the British Broadcasting Corp.'s Sean Rafferty, will be streamed to a worldwide audience from noon to 2:30 p.m.

The broadcast of the BBC Radio 3's daily "In Tune" series is a collaboration among Mass Audubon, the BBC, the Boston Symphony and Boston public radio station WGBH through its classical outlet, WCRB.

The event will be in The Barn, a historic 1790 structure used for concerts and sanctuary programs. Rehearsals and technical sound checks will be held on Thursday.

Becky Cushing, director of Berkshire Sanctuaries, described her mission as "helping to brainstorm who are the people in the Berkshires who should be part of an event like this, and then working with the BSO and Mass Audubon to invite a live audience here."

It features a lineup of stellar performers, including Russian-American violinist Yevgeny Kutik. The native of Minsk, Belarus, immigrated to the U.S. with his family when he was 5. He studied with his mother, educator Alla Zernitskaya, participated in her highly regarded Pittsfield High School string program and has since carved out an international career.

Other performers include musicians from the Tanglewood Music Center, the Boston Camerata and the Borromeo String Quartet as well as banjo player and fiddler Bruce Molsky, based in Beacon, N.Y., and a visiting scholar at Boston's Berklee College of Music.

Cushing explained that she was approached by Fogg in early September.

"He knows I'm always up for a crazy collaborative idea," she said.

Fogg told The Eagle that the project initially was conceived last spring when he learned that the BBC Radio 3 team was looking for a forest location in North America for a special broadcast in the fall.

"I naturally thought that this should be from New England and that, definitely, Tanglewood should somehow be involved," Fogg stated in an email. "I reached out to the BBC producer Jeremy Evans and suggested that I could help. I mentioned the wonderful barn space at Pleasant Valley and the fantastic `Tanglewood Takes Flight' collaboration with Mass Audubon which had taken place in summer 2017, around the performances there by the Tanglewood Music Center Fellows of Messiaen's `Catalogue of the Birds.'"

"Everyone who collaborated on that project had such a great feeling that it was something really unique," Cushing recalled, "and I had said, `If you ever want to do anything again ' so Tony took me up on that offer."

During the summer, Fogg added, the plans fell into place and the collaboration took shape.

"It's very much a labor of love to put the spotlight on this glorious part of the world, where music, creativity and nature combine so perfectly," he said.

Fogg and Paul Hughes, general manager of the BBC Symphony, stopped by last month to scope out the potential of The Barn for a live international broadcast.

"Tony describes this as one of his favorite places," Cushing said.

Since the BBC was planning the week of special programming, the group discussed the idea "that here we are surrounded by forest and nature sounds, and it's a performance space," she said.

Although it's a relatively quiet at mid-autumn around Pleasant Valley, Cushing, who leads birding programs, said, "What I love about this time of year is that because there are fewer sounds, you can really focus on the sounds that are there. If you hear a white-throated sparrow, cedar waxwing, gold finch or kinglet singing, there won't be a lot of other interference" — the effect is comparable to a soloist rather than an avian choir.She also cited "the rustle of the wind and the crunching of leaves" as seasonal natural sounds that will help create a deep-forest atmosphere for the broadcast.

"Those are sounds of fall, so they'll try to incorporate those," Cushing said.

She has invited several Berkshire-based writers and artists, who will offer live or prerecorded thoughts on the natural history of Berkshire forests and the intersection of forests, music and the arts. Among them is Morgan Bulkeley, the Berkshires-based artist who lives in Mount Washington and paints in a Great Barrington studio.

Also scheduled is Jennifer Browdy, author, associate professor of comparative literature at Bard College at Simon's Rock in Great Barrington and founding director of the Berkshire Festival of Women Writers.

The technical challenge of originating a live broadcast proved to be relatively straightforward, according to Cushing. Pleasant Valley's offices and The Barn now have high-speed Wi-Fi, and the BBC will augment that by bringing in a satellite truck to cover all bases for the live origination.

A limited number of outdoor tickets will be available to the public, space and weather permitting. Ticket information will be posted Friday morning on Mass Audubon's Pleasant Valley Facebook page.

"Bundle up, because you'll likely be outside," Cushing said, "and be flexible, because whenever nature is part of a program, we can't control it so we just have to see what happens. If I wanted predictability, I wouldn't have worked in the environmental field since nature is always changing."

"I love the idea that people can stay connected to a place, even if they're not there," she said. "They can stay connected through sound. Accessibility can mean providing a sensory experience remotely, which is what we'll be doing Friday. This shows us the possibility of sharing Pleasant Valley with a broader audience."

With a gleam in her eyes, Cushing said "this is hopefully the start of an even bigger idea."

Pointing out the popularity of live video cams, she broached the notion of an always-on "audio cam" that would enable city dwellers to "tune in to the dawn chorus at Pleasant Valley, like the peepers and wood frogs during the spring or the crickets in late summer."

"Wouldn't it be cool to click on a place you know. that you've been to, and have that sound bring you back to the place!" she said.