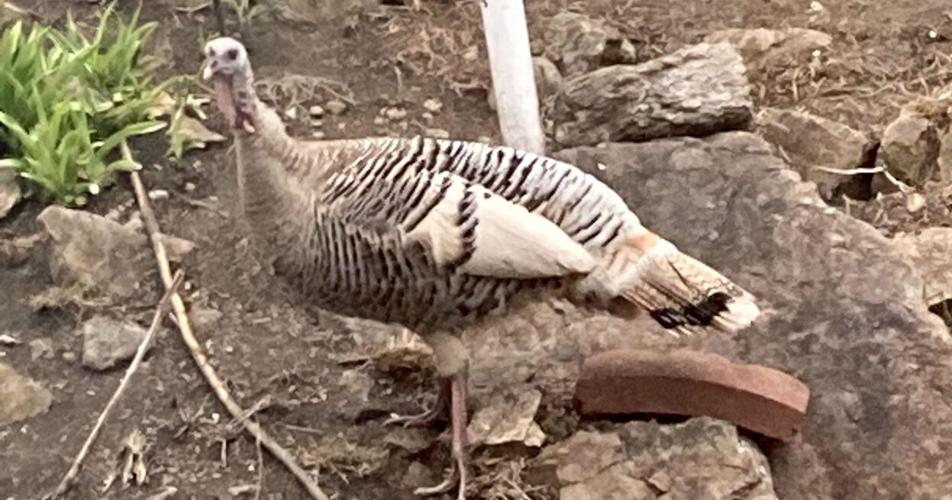 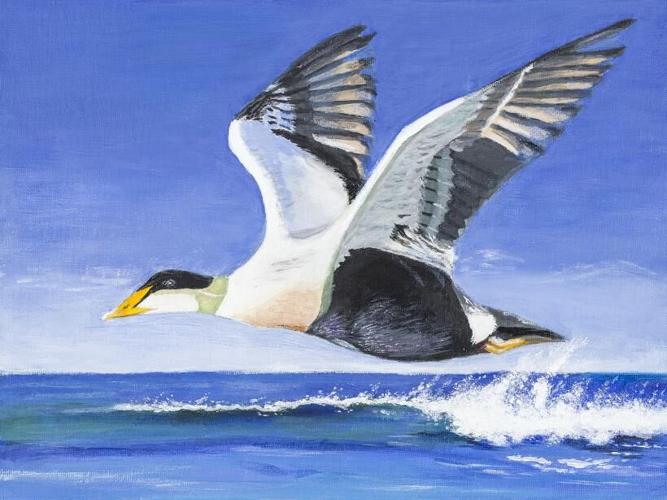 A painting of the common eider by Acton youth Andrew Liu was selected as Best of Show in the annual Junior Duck Stamp Contest.

In his monthly report to the Berkshire County League of Sportsmen, Western District Supervisor Andrew Madden reported that the statewide preliminary 2021 deer harvest was 13,363. That compares with the 14,766 harvested in 2020.

Although Western Zone harvests were not mentioned, Madden said that they were consistent with 2020 (which was a record year).

He said that harvests in some of the Eastern Zones saw a decrease from 2020, which accounts for the lower statewide total. Most of the states in the Northeast saw a similar decrease from the previous year. Even with the decrease, the 2021 harvest was still the fourth highest on record in Massachusetts.

Detailed information on past hunting seasons can be found at Mass.gov/service-details/deer-harvest-data.

Harvest during the November and shotgun seasons were higher than most years but the September season was below average. Madden suspected the poor hunting conditions, an abundance of early season natural foods, and annual fluctuation likely accounted for the slow September season. Of the 212 bears taken, 30 were east of the Connecticut River.

In addition, Tiger Trout were scheduled to be stocked in Stockbridge Bowl, Laurel Lake and the Westfield River East Branch (Chesterfield, Cummington). Also, some of the large brood stock was scheduled to be released in these locations as well.

The season begins in earnest on April 25, but some youths, 12-to-17 years of age, are out hunting already because today is the special one-day Youth Turkey Hunting Day. Hopefully they met the eligibility requirements (basic hunter education and the mandatory youth turkey program), have a mentor and are having a great first day of turkey hunting. Maybe they have bagged a bird already, but if not, they have until 5 p.m. today to get one. Hopefully, they will check themselves for ticks as soon as possible afterwards.

Upon harvesting a turkey, the mentor must immediately fill out and attach the paper tag from the permit to the carcass. The bird must remain intact (other than field dressing), with the harvest tag attached until it is reported. It must be reported within 48 hours, after which the tag can be removed when it is prepared for food or taxidermy purposes.

On Monday, April 25, the regular spring turkey hunting begins and runs until May 22. Massachusetts residents must have a Hunting or Sporting License, turkey permit and a green safety sticker. Non-residents must have a Big Game License, turkey permit and safety sticker. Stickers are required if hunting turkey with a shotgun or muzzleloader. In the spring season, the bag limit is two bearded birds (two birds may be harvested on the same day). Hunting on Sundays is not allowed.

The wearing of blaze orange is not required during the spring hunting season. It is unlawful for hunters to intentionally or knowingly leave a wounded or dead game animal in the field or the forest without making a reasonable effort to retrieve and use it.

Here’s hoping you have a safe and enjoyable spring turkey hunting season.

Incidentally, did you ever see a white wild turkey? It’s called a Leucistic turkey. A variety of conditions cause the loss of pigmentation in an animal or bird, causing white, pale or patchy coloration of the skin or feathers. The accompanying picture was sent to me from Mike and Sheila Moss of Sutton, Mass. It was wandering around in their back yard.

Mike was the long-time president of the Massachusetts Sportsmen’s Council (MSC). He and his wife, Sheila, have received numerous awards from sportsmen’s clubs all across the state. In fact, earlier this month Mike received the Sportsman of the Year Award from the Worcester County League of Sportsmen’s Clubs and Sheila received the Lifetime Achievement Award from the MSC for her work as its secretary for the last 14 years. She, Mike and current President John Kellstrand have proven invaluable to the MSC.

School is out, help stock trout!

The public is invited to help MassWildlife stock trout during school vacation week. Meet MassWildlife fisheries staff, view trout up close, and learn about places to fish near you.

A stocking event will take place at 1:30 p.m. on April 21 at Onota Lake’s Burbank Park on Lakeway Drive in Pittsfield.

Andrew Liu of Acton, Mass. won Best of Show in the 2022 Massachusetts Junior Duck Stamp (JDS) Contest. His acrylic painting of a Common Eider in flight was selected from 199 entries. Liu’s award-winning work will move on to the National JDS Contest.

Students from kindergarten through grade 12 from across the Commonwealth submitted original works of art depicting waterfowl in appropriate wetland habitat, demonstrating both artistic talent and a knowledge of the value of wetlands for wildlife. In March, MassWildlife held the judging, at which time the top winning artists were selected. Combinations of the top artworks will be exhibited throughout Massachusetts in the coming year based on reopening guidelines for host sites.

The Massachusetts JDS Program is sponsored by MassWildlife and the U.S. Fish and Wildlife Service, with support from the MSC. Each time you buy a Junior Duck Stamp, you support the JDS program and wetland conservation. Stamps can be purchased at duckstamp.com.

To learn more about the Massachusetts JDS Program, and to access the traveling exhibit schedule, visit Mass.gov/dfw/jds.

MassWildlife assisted Green Berkshires in developing a bird banding station at the Jug End Wildlife Management Area in Egremont. The bird banding effort, which is part of Green Berkshire’s biodiversity mapping of the South Taconic Plateau, should contribute to understanding habitat use on the property and help inform MassWildlife’s management efforts.

Incidentally, Green Berkshires’ mission is to support communities dedicated to protecting our shared natural environment through science, education and advocacy. Eleanor Tillinghast is its President.

Next weekend, April 23-24, the Berkshire Beagle Club on Sleepy Hollow Road in Richmond, Mass. is having its spring field trials. Some of the best beagles in the northeast will compete at following the scents of snowshoe hares and/or cottontail bunnies. All of the dogs are AKC registered and many already possess championship ribbons won at other field trials. For beagle lovers, there’s no finer sound than that of a beagle singing its heart out while following the scent of a bunny.

The club welcomes folks to come and just listen to the dogs and observe the judges. Every now and then, you will hear someone shout “Tally Ho!” to let the judges know that they spotted a bunny or dog on its scent.

There will be food to purchase there as well as a raffle for a Garmin TT15 Tracking System dog collar worth about $300. (Tickets cost $10 or three for $20.)

A couple of reminders

After being cancelled for the last two years due to COVID-19, the following two events, which already have been featured in this column this year, will take place on the following dates: