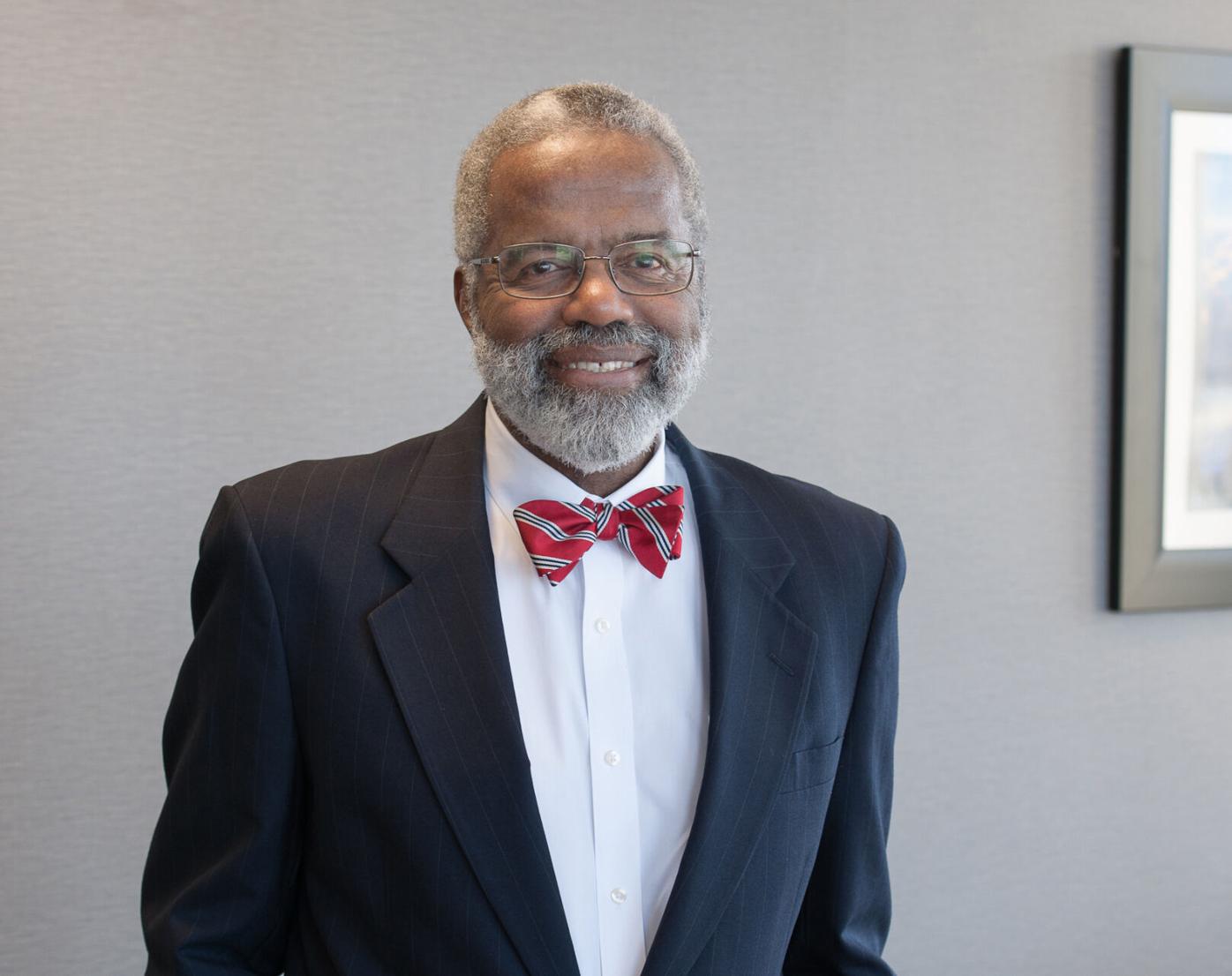 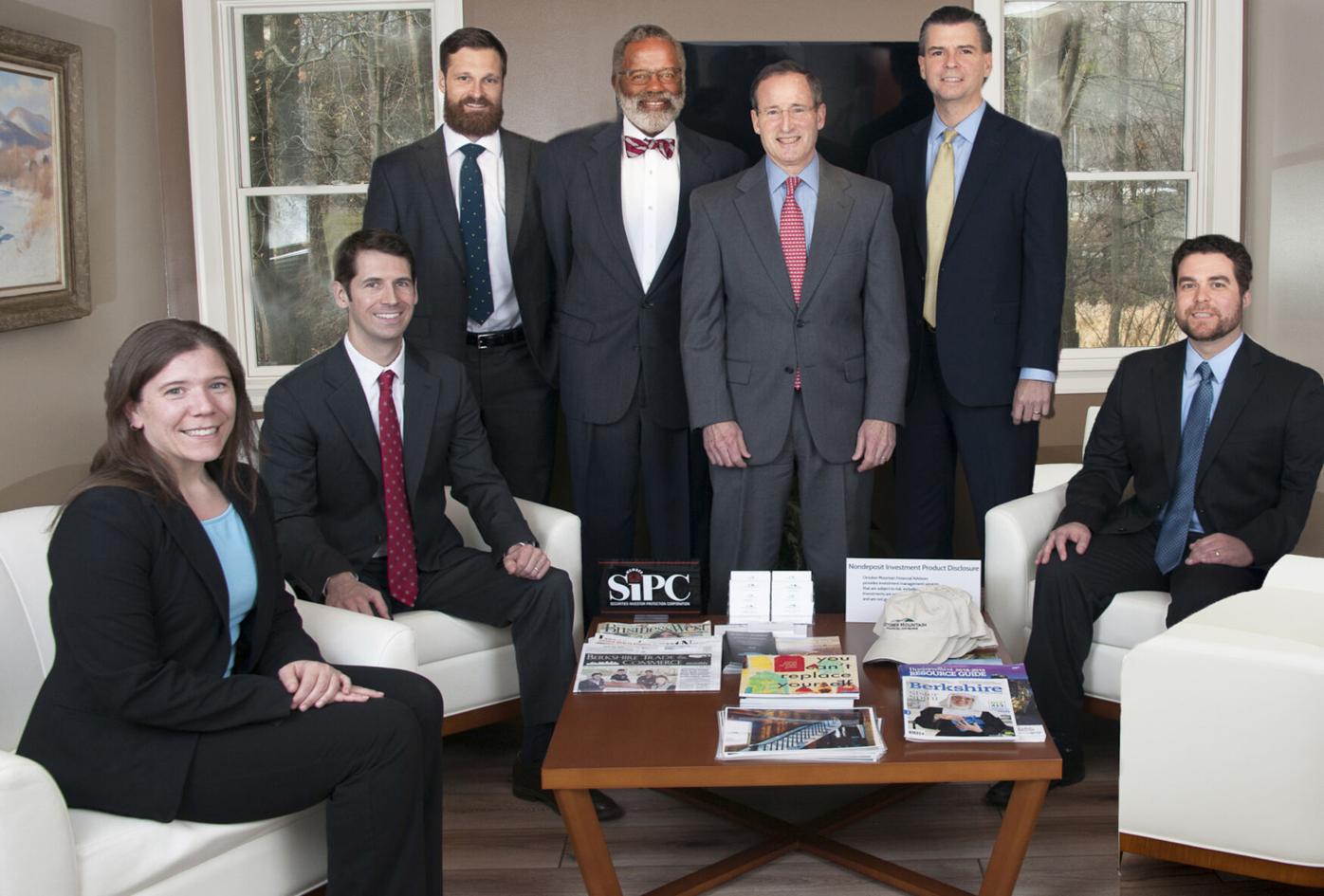 That’s what William T. Johnson calls it when you put your financial plans in his hands.

Johnson is a vice president and financial planner with October Mountain Financial Advisors. He’s spent his entire career as a manager of money and entire divisions of personnel, but today, he’s all about keeping things up close and personal to fulfill his ongoing mission to help you meet your best future head-on.

“For me, it’s an honor to do what I do, because I know it makes a difference in someone's life. I've raised my children with that theme, and I’ve carried it out myself,” says Johnson.

A long career in wealth management

First starting out in private practice, Johnson was soon recruited as a financial planner over to Aetna Financial Services, where he eventually oversaw a region that spanned from the Mississippi to the Atlantic and eventually all the way to the West Coast.

Once upon a time, he worked for a commission on the investments he managed. Not anymore, says Johnson, who’s happy to be earning a salary these days instead of a percentage.

“I managed 42 offices, hundreds of planners. I know that commission side of the business. That’s not us. We don’t do that. For me, getting up every day, knowing that I get a paycheck, not a commission, is very rewarding,” says Johnson.

This, he says, points to authenticity and his moral compass, so visitors to his office — or Zoom screen — need not be afraid to speak openly.

Johnson attests that this keeps confidence in his capacity as a human being and a lifelong financial professional with fiduciary responsibility.

Vision and feeling for the future

He says it’s openness between himself and his clients that’s needed to help usher them into their retirement years. Johnson says the financial planning process is much more about vision and feeling, as opposed to hard numbers.

For newcomers to financial planning, Johnson wants you to know that his office is a place in which you’ll not be judged, whether you saved every penny or spent nearly all of them. He won’t blow smoke nor will he crush your spirit; what he will do is deliver the financial truth to you with empathy from a place of experience.

When you sit down with him, some of the basics that Johnson will want to know are things like:

When do you anticipate retiring?

What's your vision for the future?

What do you see happening in the next five years for you?

What's a priority for you right now?

And who or what cause is important to you?

“Though I crunch numbers every day, I really need to know who you are, and what drives you and what’s important to you. That's more important to me than the numbers. The numbers are easy. It’s the soft things that give me the direction that I need,” says Johnson. “I’ve always resisted calling it ‘your goals.’ I try to explore your vision, and we look at what planning can do to assist you in that.”

Helping to chart a course

If a client is uncertain about the direction of their lives, Johnson, a polished conversationalist, has the interpersonal skills to help you suss out what’s right for you and your future.

“People talk about ‘retiring from something.’ They should be talking about ‘retiring to something.’ Together, we’ll find out that X, Y, Z is important to you, and we go down those paths,” says Johnson. “For example, I met with a policeman 10 times before he agreed to retire. I had already told him he could retire. I had already demonstrated to him financially that it was a walk in the park … I told him, ‘Dude, you can retire today.’ He wouldn’t give it up.”

Eventually, the officer retired, and is planning to leave soon for the islands.

“He drove his Miata convertible by, to show it off, and his new truck. ‘Hey, Bill, look, I got a new truck. All because you had me do that. You made me retire.’ I didn't make you, we just talked it through,” he recalls.

Sometimes, financial planning clients have concerns that extend to a family member who will need care after they pass on. For example, Johnson has recently helped a couple who has a disabled daughter who will never work.

“We’re doing the majority of this planning for her protection, so mom and dad know, when the time comes that they won’t be around, that the planning has been done,” says Johnson. “There are moments in this business where you can walk away, knowing that you’ve done the right thing and feel really good about yourself.”

Getting in touch, anytime

Plans receive an annual review, but the relationship between Johnson and his clients is a living, breathing one.

“Your life changes from year to year. Things happen. You know that, and I need to know what the things are,” says Johnson. “But it's not about that once-a-year meeting. It's about us being available to you every single day, for any question that you might have.”

Over time, he’s been taken by clients on little road trips to see where their family members live, and been on the receiving end of clients’ homemade rugelach and filets of fresh-caught trout.

“You become almost an extension of their family. It’s very important to me, and I take it very personally,” says Johnson.

Clients of October Mountain — generally with assets over $200,000 — know that their money will be managed by a team that will be around as long as they are, notes Johnson.

Being a Berkshires-based investing firm tied to Lee Bank, October Mountain is designed to serve its community. Clients with less than about $200,000 can access investment products through a brokerage relationship that Lee Bank has to serve clients with smaller needs.

You get a team

As a client-facing member of the financial team, Johnson also works closely with three October Mountain wealth managers who handle the investment oversight, as well as a teammate at parent St. Germain Investment Management in Springfield who handles all data input.

“We have a very unique relationship with our clients. We give them a team; we don’t give them a person,” says Johnson.

Johnson also uses software called E-Money to help frame a full picture of clients’ financial present and financial future, so much simpler than when he first started in the business, and it was all analog and computers were the size of cabinets.

“E-Money allows us to input data, and reports get linked and updated daily. In the old days, you would call me and say, ‘Hey, Bill, I'm in town, I want to stop by and check my investments.’ I would freak out. I’d have to make dozens of calls to get the information,” recalls Johnson. “E-money is marvelous. There’s no need for anyone to do a plan; the plan is already done. Once the data goes in, the cash flow report is done, an estate plan is done, the retirement plan is done. My job is to communicate what I see.”

For Johnson, the lightbulb moment about the importance of preparing for the future happened shortly after college, on one of his many carefree jaunts to Cape Cod.

“I would drive my Austin-Healey 3000 MK III down there, thinking I was the next best thing to sliced bread,” recalls Johnson. “I would pitch my tent, and I would go get fresh cheese and bread everyday.”

The older gentleman who owned the cheese shop said to him, “‘If you were smart, you’d buy something here, now, as a single guy.’”

It was a bit of an epiphany, realizing there was more to life than being single and living only for the present, he says.

“That’s the bug he put in my ear, and it’s been there ever since,” says Johnson.

Johnson, a people person to the core, is looking forward to meeting you face to face, after 13 months of remote work from home in Longmeadow.

If you’re starting to feel the itch of the planning bug, too, then it’s time to reach out to Johnson at 413-243-4331 or at info@octobermountainfa.com.

Wealth management with October Mountain Financial Advisors is all about you

LEE — Are your retirement plans and stock and bond purchases being taken care of by a machine? Automatic withdrawals from your paycheck or an …