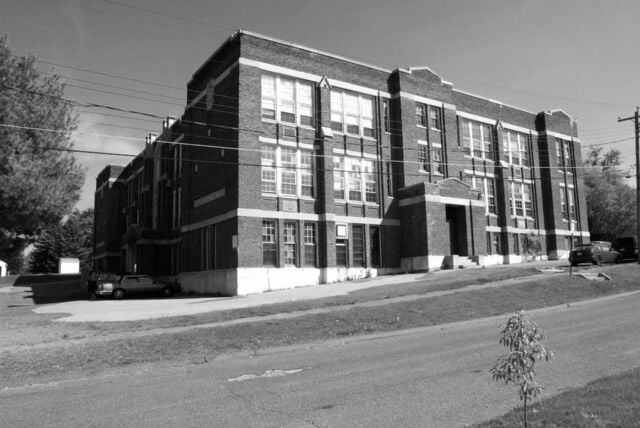 Hibbard School, on Newell Street in the Lakewood section of Pittsfield, was opened in 1924. It closed in 2009 and is still used for storage and periodic teacher training programs. 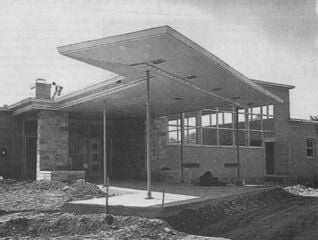 Highland School was at 86 Brooks St., directly off of Highland Avenue. 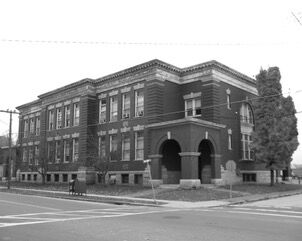 Mercer School was build in 1904 at the corner of First and Orchard streets. It is now the home of the Pittsfield School Department administration offices. 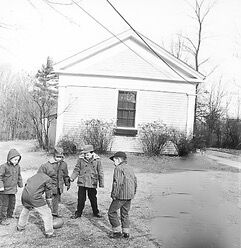 Morewood School, a one-room schoolhouse on South Mountain Road, burned down in 1841 and was rebuilt two years later. 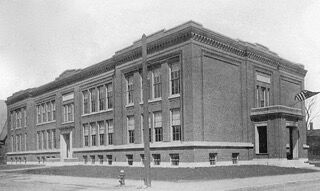 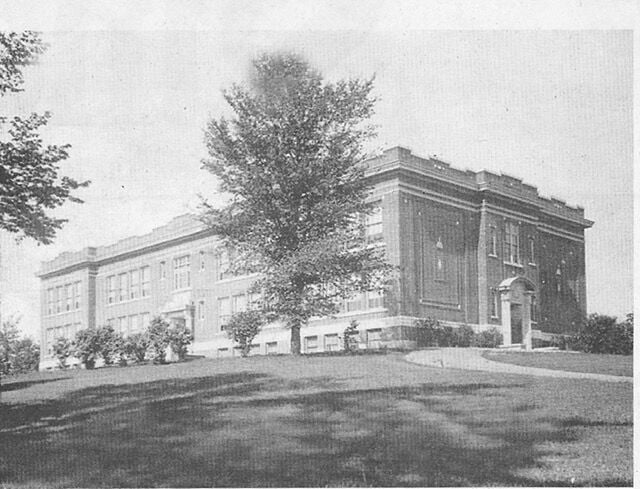 Pomeroy School, at 200 West Housatonic St., closed in 1985 and was later converted into condominiums.

In the 1950s the population of Pittsfield was approximating its peak that reached 58,000 in 1960. The first baby boomers (born after World War II) began school in 1951 and 1952. The city operated 20 elementary schools during the decade, including four new schools to help meet the baby boom surge.

Most of the city’s schools were named for prominent community leaders or historic figures, with but a few exceptions. This is the second installment of a three-part series describing the 20 schools (listed alphabetically) and how they were named.

Hibbard School, on Newell Street in the Lakewood section of Pittsfield, was opened in 1924. The school was designed to have 12 classrooms with a capacity of 42 students per room, or 504 in total.

Hibbard School served as an elementary school for 57 years and was repurposed in 1981 as an “alternate school.” In 2009 with only 13 students, the school was closed and since has been used for storage and periodic teacher training programs.

Hibbard was named for Pittsfield’s first mayor, Charles E. Hibbard (1844-1922). He was one of the most prominent members of the community and served on the School Committee.

He served one term as mayor in 1891-92. For years, Hibbard was a leading member of the Berkshire bar, also serving as a district attorney. He had always been interested in the welfare of Pittsfield.

Highland School was one of the three modern schools that were built in 1951 to deal with post-World War II baby boomer population surge. (The other two schools were Allendale and Egremont.)

Highland was built directly off of Highland Avenue at 86 Brooks St. Although the origin of the Highland name is not clear, it is likely that the housing/development and area were on land up higher than Pecks Road and thus “high land.”

During his administration the three schools, Allendale, Egremont and Highland, were built. These were the first new elementary schools since Hibbard opened in 1924 and all three are still in operation today, 70 years on from their openings.

Mercer School was built at the corner of First and Orchard streets in 1904 in front of an older school known as the Orchard Street School, which was razed after the new construction was completed.

Dr. Mercer was a prominent city physician for 40 years. He also served on the School Committee for 33 years, practiced at the House of Mercy Hospital (precursor to Berkshire Medical Center) and was active in the Berkshire Athenaeum.

He valued education, having come to the U.S. from Ireland at age 15 with relativity nothing. He then worked his way through Harvard Medical School. Mercer School closed as an elementary school in 1976, and the building was remodeled in 1978 to serve as Pittsfield School Department’s administrative offices.

Morewood School, at 30 South Mountain Road, was named for the Morewood family who owned “Broad Hall,” the home of the Pittsfield Country Club. The school was originally built in 1825 and burned down in 1841 when some of the classmates started a fire on the playground.

It was rebuilt around 1843 and operated into the 1970s. This one-room schoolhouse holds the New England record as the school building with the longest continuous use — 130 years — as a school. It was made into a private residence in 1985, remodeled in 2010 and now serves as a vacation rental.

Plunkett School, on First and Fenn streets, opened in 1909 with the capacity of 640 students. The school operated 68 years closing in 1977.

It was sold in 1982 and re-purposed for a greeting card company and then other light manufacturing through 1986. After that it was used for a variety of purposes including office space and housing Head Start programs.

It had been vacant since 2009, and in 2012 the local franchiser of Dunkin’ Donuts bought the school and razed it in 2014. Initial plans for a Dunkin’ shop on the site were not approved by the city and new plans have not been pursued.

The school was originally named for William R. Plunkett (1831-1903), one of Pittsfield’s most prominent citizens. He practiced law, but was much more of a business expert.

He served in numerous leadership roles in the community, including: president of Berkshire Life Insurance Co. (25 years); president of the Pontoosuc Woolen Manufacturing Co. (11 years); director of the Agricultural National Bank (30 years); treasurer/manager of the Pittsfield Coal Gas Co. (47 years); and representative from Pittsfield at the General Court in Boston (four years).

He was also nominated by the Democratic Party for the position of lieutenant governor. Along with others he was responsible for the Berkshire Athenaeum and the South Street War Memorial.

Pomeroy School, at 200 West Housatonic St., opened in 1915 with a capacity for 650 students. The school operated for 70 years closing in 1985. Subsequently, developers bought the building and converted it into 31 condominiums.

Pomeroy School was built on the site of one of the Pomeroy family homes called “Longview.” The naming of the school was quite controversial before the name Pomeroy was selected. There had been debate on whether the City Council or the School Committee had the right to name the school.

Then the issue of naming it after a living member of the School Committee, John H. Feeley, was resolved when Feeley removed his name from consideration. Because the Pomeroy family had lived in and had businesses in this part of the city, the School Committee chose the name Pomeroy School.

The family included Seth Pomeroy, a Revolutionary War hero and his grandson, Lemuel Pomeroy, woolen mill operator in Pittsfield. Lemuel was a benevolent citizen who built and financed the Town Hall building in 1832 that overlooks Park Square.

In 1840, Lemuel, a blacksmith by trade, invented a percussion-rifled musket that was used by the military. Lemuel’s son Theodore owned and operated the family mills that among its wares was cloth made for the U.S. Army.

Jim Shulman: How Pittsfield baby boomer schools got their names, the epilogue

A number of readers wrote to ask about four schools that were not included in a recent three-part series about the history of baby boomer schools. Today we take a look at four war baby schools, which closed by 1951.