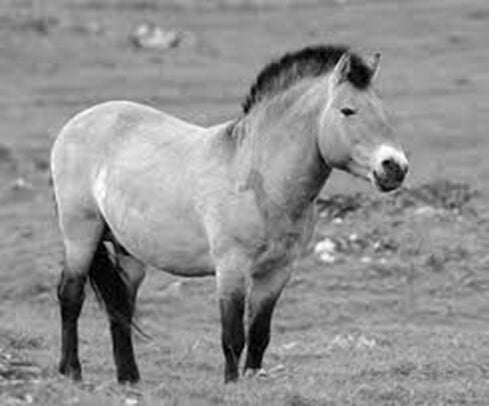 Catskill Game Farm founder Roland Lindemann imported 55 nearly extinct Przewalski’s and tarpan horses from Germany to be sold to breeders and zoos and some to be bred at the farm. 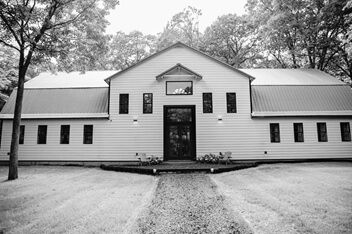 The former Catskill Game Farm now features a campground, self-guided tours and this boutique hotel, the Long Neck Inn, which formerly was the giraffe barn.

In the 1950s, after school let out, our parents treated the three of us kids annually to the Catskill Game Farm, a 1,000-acre animal preserve with over 2,000 animals and a dozen or so kiddie amusement rides.

Five years ago, I wrote a Berkshire Eagle column about the 2006 closing of the Catskill Game Farm after 73 years of operation. Low attendance, plus increased costs and regulations, made the operation of the oldest private zoo in America unfeasible.

This nearest zoo to Western Massachusetts had been visited by thousands of young Berkshire baby boomers as children and who, years later, returned with their children and then grandchildren. The Catskill Game Farm was founded in 1933 as a small park with sheep, deer and donkeys by Roland Lindemann, who migrated to the U.S. from Germany as a teen in 1923.

In 1958, it was recognized by the U.S. Department of Agriculture as the first private zoo in this country. Over its 73 years of operation, the collection grew to 2,000 animals, with 150 species represented, including alligators, monkeys, lions, giraffes and rhinoceroses.

Since writing that story, I found an interesting reference to this favorite childhood attraction in the book titled “The Zookeeper’s Wife.” This true story by Diane Ackerman is based on the diaries of Antonino Zabinska.

Antonino’s husband, Jan, was the director of the Warsaw Zoo in Poland at the time of World War II. This couple had saved 300 Jewish citizens of the Warsaw ghetto by hiding them in the zoo before helping them escape from the Nazis. During the war, this once magnificent zoo was emptied of its large collection of exotic animals.

In “The Zookeeper’s Wife,” there is only mention of a Heinz Heck who took a position with a zoo in the Catskills in 1959. It turns out that Roland Lindemann had hired Heinz, known as “George,” to be zoological director of the Catskill Game Farm after this 32-year-old Ph.D. zoologist from Germany had helped Lindemann acquire one of our country’s only herd of the nearly extinct Mongolian Przewalski’s horses.

Although nothing really was written about George, his father, Lutz, was a major part of the book. Lutz Heck had been the zookeeper at the Berlin Zoo and, during the war, became Hitler’s chief zoologist. Lutz conned zookeepers as the Zabinskis to “loan” their rarest species of animals to him to save them from destruction due to the impending war.

The rarest species were taken to the Berlin Zoo and also the Munich Zoo, which was directed by his brother. Under Lutz’s questionable benevolence, many European zoos lost their rarest animals to German zoos, while the remainder of their animals became captive targets of Nazi game hunters. Lutz was also known for experiments in selective breeding to try to bring back extinct species of wild horses, cattle and bison. His breeding practices of animals were consistent with the Nazi approaches in human experimentation.

During his career at the farm, George became well known for his natural management of wild species in captivity. He also mentored young persons interested in careers with zoo animals and breeding management in captivity.

When the Catskill Game Farm closed in 2006, descendants of many of the original animals from the German zoos (and other zoos like the Warsaw Zoo) were auctioned. Animal rights groups protested the sale fearing big-game hunters would buy the exotic animals to hunt. Most of the animals had been donated, sold or auctioned off to new homes. No one knows if any were purchased by trophy hunters.

The new owners, Ben and Cathy Ballone, initiated plans to open a campground, equestrian center, horse trails, children’s workshops, a small zoo, lodging and a locale for weddings. By 2014, the park was reopened for self-guided tours of the old structures and grounds. Two years later, sites were established for year-round camping.

In 2019, the Ballones had converted the former giraffe house into a five-suite boutique hotel named the Long Neck Inn. The rooms were given animal names, and some of the income from the lodging was donated to causes for each named species.

Cathy and Ben Ballone had accomplished a lot of their plans, but last year felt it was time to sell the enterprise and move on to other endeavors, one of which was a growing wedding-planning business. Their decision to sell predated the pandemic, and the couple described the reason due to a life-changing event in their lives.

On Nov. 17, 2020, the Ballones sold the former Catskill Game Farm for $1.9 million to investors from New York City headed up by a man named Sid Blauner, who once relished visits to the Catskill Game Farm as a youngster. Blauner, a successful real estate developer, was not only interested in the locale as a business investment, but also for creating jobs and bringing life back to the area.

In its 73 years, the Catskill Game Farm had brought over 10 million people to the attraction. Among the initial plans by the new owners are adding a gymnasium, mountain bike course, archery, miniature golf, a fish pond, barbecues, horseback riding and more lodging. But, most importantly, the owners are planning to return animal attractions.

Initial stock will include goats, cows, poultry, and peacocks. One of the biggest attractions to youngsters at the Catskill Game Farm was the petting zoo, which is likely to return.