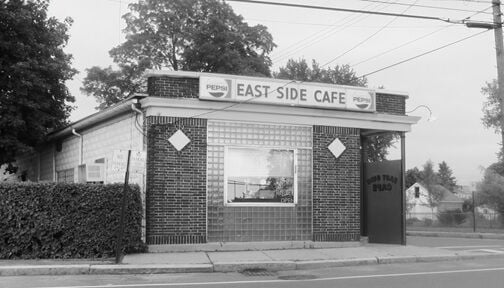 In 90 years of operation, the East Side Cafe in Pittsfield still sports the original booths, bar and coal-burning pizza oven. 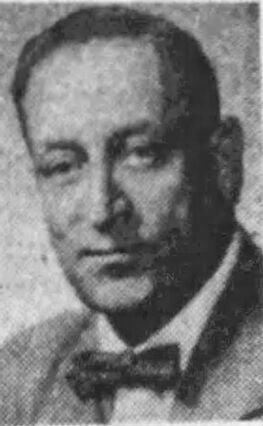 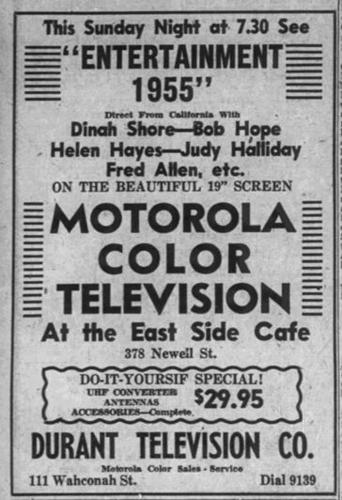 Through the years, Gabe Virgilio introduced many unique features to the East Side Cafe, including a coal-burning pizza oven and a television.

After World War II, Pittsfield was a bustling community that reached a peak population of 58,000 by 1960. Parents were optimistic, hardworking and wanted to provide opportunities for their young families that they, themselves, did not have, living through the Great Depression and during the war times.

One of the things I recall from those years was the closeness we had with neighbors. People thought nothing of doing favors for or helping others in the neighborhood. This was certainly the case with our next-door neighbors on Holmes Road.

In the summers, they helped with yardwork and gardening, and in the winter, they plowed our driveway with their Jeep. They often invited us over to see television, the first one in the neighborhood. But, what I remember the best was that they frequently brought us tasty pizzas as a dinner gift.

Our neighbors were Gabriel “Gabe” and Sophie Virgilio. Gabe was the proprietor of the East Side Cafe at 378 Newell St., which was Pittsfield’s first eatery to make pizzas. When I visit the Berkshires, I still find that this nearly 90-year-old cafe brings back those early memories of Gabe and Sophie.

I recall how hard the couple worked to build the East Side into a popular, busy place. However, it wasn’t until I was in college in the 1960s, on a visit home, that I talked with Gabe at length about his growing up in Pittsfield. I learned much about his family, community contributions and challenges in life.

Gabe was the third oldest of eight children of Bernadino “Bene” and Maria Virgilio, who had migrated around 1910 to the Berkshires from the Abruzzo area of Italy. Like many Italian immigrant families, the Virgilios lived in the Lakewood area of Pittsfield, around Newell and East streets. Lakewood was first settled in 1915, mostly by Italian families that planted large vegetable gardens and small vineyards in their yards, similar to their lifestyle in their homeland.

Bene taught his children the value of hard work. Even as youngsters, they worked and had “jobs,” such as gathering ferns in the Berkshire woods that were sold to local florists. Gabe graduated from Pittsfield High School in 1931 and opened the East Side a couple of years later, as a cafe.

Without a license to serve any alcohol until 1938, the small eatery only offered traditional Italian dishes for lunches and dinners. It took several more years to obtain a seasonal, and then full, liquor license.

In 1940, Gabe married Sophie Supka and the couple lived with Gabe’s parents next to the East Side. They had their first child in 1941, Sandra, who was one of my closest friends when we became neighbors.

Ever the innovator, Gabe had purchased a state-of-the-art coal-burning oven to make pizzas. To this day, the East Side Cafe still makes pizza in this oven, and it may still be the only coal-burning pizza oven in the Berkshires.

One other innovation occurred in 1955, when the East Side became the first restaurant in Pittsfield to have a color television. Back then, the first program broadcast in color on special receivers was an NBC variety show at 7:30 on Sunday nights.

Gabe tested out the television on two consecutive Sundays in April 1955. It drew 150 patrons for the first showing and 225 the second week. By the third week, Gabe had bought the TV for the East Side.

Although the cafe had daily lunches and dinners at various times in its history, the pizza and the bar portion of the cafe were the biggest draws to the East Side. Food became limited to the pizzas only on Thursday to Sunday, and then only beginning on Fridays.

In 1943, Gabe went into the armed services along with three of his brothers, to serve during the war. He was stationed in Germany in a field artillery unit, and then with the Red Cross.

During a short furlough, he was able to travel to his parents’ homeland in Italy, where he met many relatives. Proud to defend America during the war, he was determined to be involved in his community when he returned to the states in 1945.

Gabe had been elected the first president of the Lakewood Civic Association in 1947. Under his leadership, the organization was successful pursuing two goals: the creation of the Lakewood Playground and a community center in the rarely used Hibbard School gymnasium.

He was also a popular president of the Pittsfield Restaurant Association. Although unsuccessful in running for City Council, Gabe did serve several terms on the Pittsfield Airport Commission. He was also active in the American Legion, VFW, All Souls Church and the Holy Name Society.

In 1946, with the help of his brother, Del, a contractor, Gabe built a modern home next to ours on Holmes Road. Gabe and Sophie had three children after Sandra, but sadly lost a child to a boat accident in 1953.

Gabe’s parents and siblings were very supportive in the recovery from this tragedy. The family was a close one. During my childhood, I met many of Gabe and Sophie’s nieces and nephews, who frequently visited their home.

One niece in particular is my friend, Dolores DiMassimo Capitanio, who has worked at the East Side Cafe for over 70 years, beginning at age 12. Dolores became the owner of the East Side Cafe in 1980, after the couple retired. She and her family have kept the East Side a Lakewood mainstay; the very last of original businesses in the neighborhood.

Gabe and Sophie had passed on in the 1970s and 1980s. Both of our families had members who lived in the family houses until just a few years ago and were good neighbors. However, times have changed. My old neighborhood has changed.

But, 90 years later, you can still get great pizza on a weekend night at the East Side Cafe, just like the Virgilios always made it.