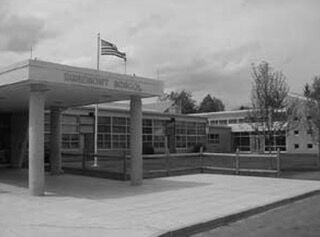 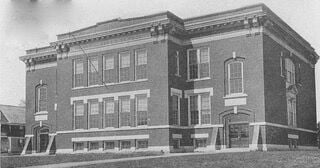 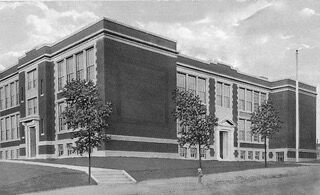 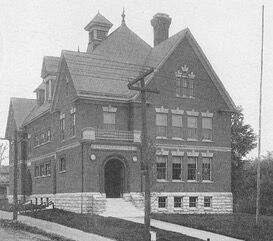 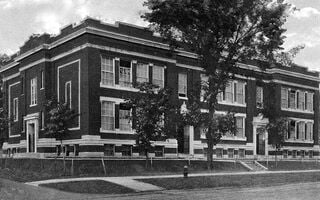 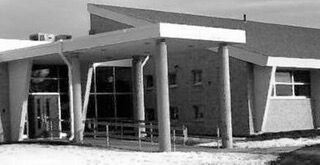 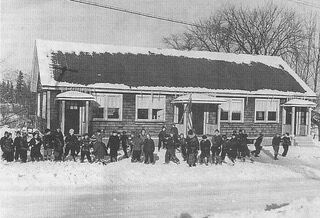 The city operated 20 elementary schools during the decade, including four new schools to help meet the baby-boom surge. I attended four different schools while living in the same house during my childhood.

One thing that was never really taught in the schools was any history about the schools and who they were named for. It turns out that most of the city’s schools were named for prominent community leaders or historic figures, with but a few exceptions.

This three-part series describes the 20 schools and how they were named. The “baby boomer schools” are presented in this series alphabetically.

Abby Lodge School, on Plum Street at Holmes Road, opened in 1938. It replaced an older, small two-story Holmes Road School at Oliver Street. The newer location had previously served as a community center.

This one-story structure was remodeled and converted into a two-room classroom with capacity for 50 students. Abby Lodge served six grades for 36 years, closing in 1974. It sold at auction in 1977 to become a private home.

The school was named for a summer home and large estate built in 1869 by Colonel Richard Lathers, a Civil War officer and businessman who had purchased nine farms in the area.

He called the estate and its elaborate “cottage,” Abby Lodge, in honor of his wife, Abby Thurston, from South Carolina. Abby was a relative of the Herman Melville family. The Lathers’ home burned down in the early 1900s and only some early barns remain in the area, with one that has the faded name “Abby Lodge” on it.

Allendale School, at 180 Connecticut Ave., was built in 1951 to meet a large housing and population boom in the Dalton Avenue area and nearby Coltsville, where the one-room Coltsville School was to close. The new school was named for the Allendale section of Pittsfield that developed in the late 1800s.

The name came from the famous Allen Farm established in 1886 by William Russell Allen, great grandson of Pittsfield’s “Fighting Parson,” and son of Thomas Allen, who gave the city the Berkshire Athenaeum. William actually came to Pittsfield in 1871 and in 1886 built a house at 359 East St. that still stands awaiting preservation. Allen’s 1,250-acre farm was famous for horse breeding and the owner became a national leader in such breeding.

After Allen’s death in 1916, the farm was sold off for building lots. The succeeding development became known as Allen Heights and the general area as Allendale.

The city bought 264 acres of the land abutting the Boston and Albany railroad tracks, much of which eventually became housing. Allendale School was built on some of the land and still operates today. The famed stone arch at the entrance of Allengate Avenue off of Dalton Avenue is one of the few signs left of the famous Allen Farm.

Baldassare also converted two other retired schools to apartments: Briggs and Redfield. Bartlett School was named for William Francis Bartlett (1840-76), who was a well-respected Union General during the Civil War. He was one of the first in the North to plead for reconciliation with the South to become a united nation again.

During the war he had four wounds that eventually led to a leg amputation and poor health that ended his life at young age of 36. After the war, he managed several iron works and then returned to Harvard to complete studies interrupted by the war. He eventually settled in Pittsfield, where he had commanded a number of regiments.

Briggs School, on West and South John streets, was built in 1896 with a capacity of 250 pupils. This school operated until 1975 and was then sold in 1984 to Ernest Baldassare for conversion into 15 apartments. Briggs School was named for George Nixon Briggs (1796-1861), who was a member of the Whig Party and served seven terms as the governor of Massachusetts (1844-51).

Earlier, Briggs was a practicing attorney and had been a member of Congress from 1830-41. He also was an early president of Berkshire County Savings Bank. After ending his terms as governor, he resumed his law practice for 10 years and also became the first president of the newly formed Berkshire Life Insurance Co.

Briggs died in 1861 when he accidentally discharged a gun that fell out of his coat pocket.

The building was sold in 1999 and after an extensive remodeling, it was converted into 16 residential condominiums in 2005. Crane School was originally named for the paper-making Crane family, whose members were major benefactors to the community.

Two prominent members of the Crane family who appeared at the dedication ceremony of the building were Zenas Crane and his half-brother Winthrop Crane. Zenas donated the Berkshire Museum and Pittsfield Boys Club. Winthrop was a former Massachusetts governor and state senator and also a large contributor to local hospitals and other nonprofit organizations.

Dawes School, on Elm Street between Stratford and Livingston avenues, was built in 1907 and opened in 1908 with a capacity for 360 students. The school closed in 1981 and was razed in 1982 to be replaced with a strip mall.

Dawes School was named for Henry Laurens Dawes (1816-1903), a well-respected statesman from Pittsfield. Dawes served as both a U.S. representative and a U.S. senator and was known for the Dawes Act.

This 1887 act was designed to stimulate assimilation of Native Americans into American society with individual ownership of land. Dawes held many important political positions over the years and was a prominent anti-slavery advocate and a reconstructionist. He was also instrumental in establishing Yellowstone National Park.

Egremont School, at 84 Egremont Ave., opened in 1951 and was named for the street upon which the school was built. Egremont School was the first of the newest three baby boomer Schools to be completed in 1951. It is now the oldest operating elementary school in the city located in its original building.

In less than a year after this school opened, the school superintendent, Edward Russell, indicated a need for expansion of the building to meet the huge growth in Pittsfield’s southeast section. Within four years after the school opened and before an addition was constructed, Egremont’s fifth and sixth grade classes were transferred to Plunkett School.

Egremont had several expansions and remodels over the years. It is unclear whether Egremont Avenue (and hence the school) got the name from the town in South County or for the original Egremont.

Egremont, Mass. was named for Charles Windham, the Earl of Egremont, who was secretary of state in England at the time Pittsfield was incorporated in 1761. Windham was friendly to the U.S.

The town of Windham, Maine was also named for him. This Maine town was referenced in Oliver Wendell Holmes’ poem “The One Hoss Shay,” written in Pittsfield.

Jim Shulman: How Pittsfield baby boomer schools got their names, the epilogue

A number of readers wrote to ask about four schools that were not included in a recent three-part series about the history of baby boomer schools. Today we take a look at four war baby schools, which closed by 1951.