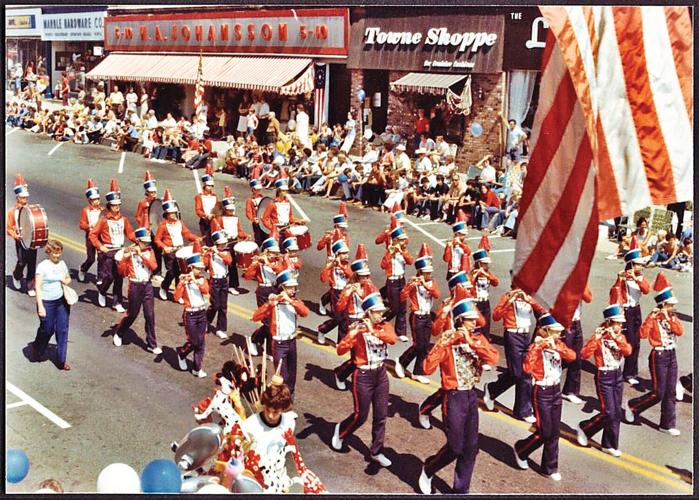 A photo from the 1977 Bicentennial Parade down Main Street, Lee. 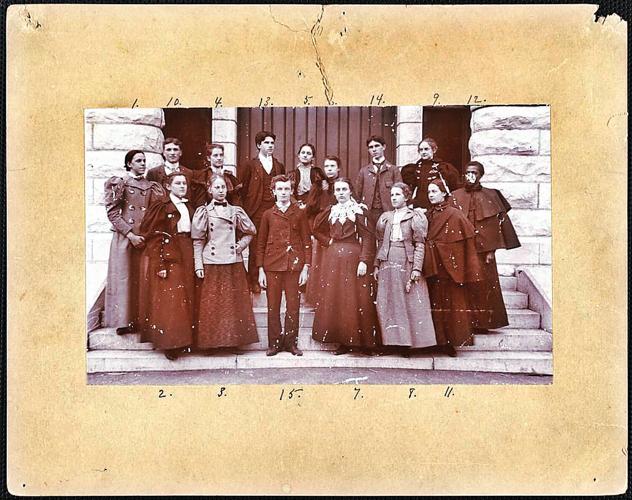 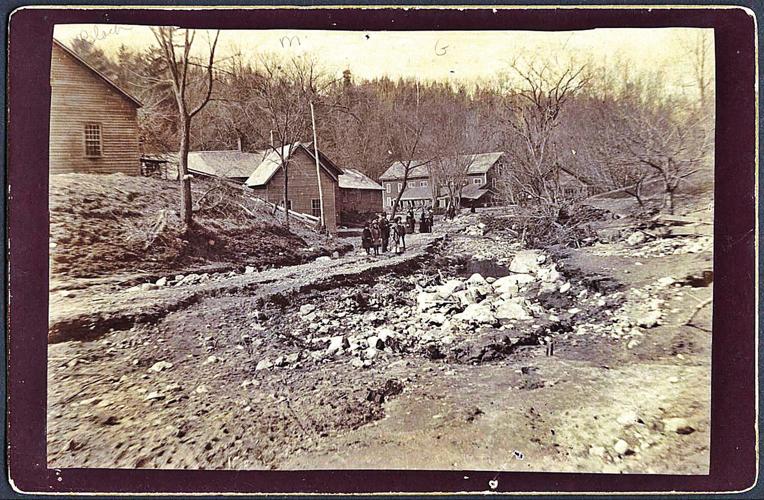 Garfield Paper Mill after the flood of 1886 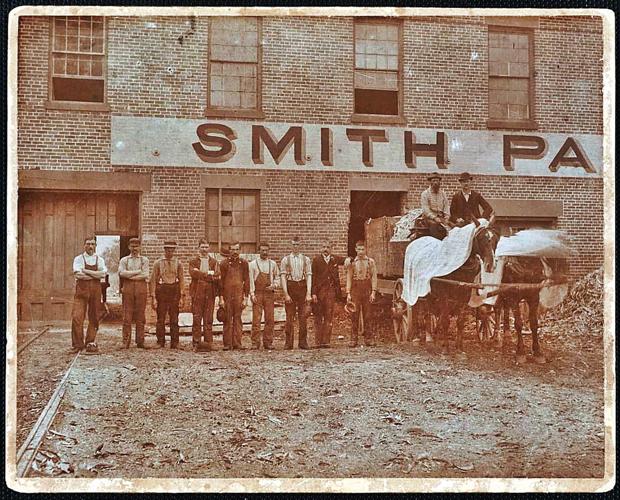 A photo from the 1977 Bicentennial Parade down Main Street, Lee.

Garfield Paper Mill after the flood of 1886

On Nov. 27, ironically Cyber Monday in the holiday retail world, the Lee Library Association debuted its online showcase of 1,028 photos, postcards and prints of the town dating back to the Civil War.

Many of the images were out of public view for decades, archived in boxes, before three volunteers decided the aging pictures needed to be properly identified, categorized with details behind the snapshots and placed in binders to be preserved the old fashioned way.

That painstaking work of 20 years ago paid off when in 2013 library president Mary Philpott first heard about Digital Commonwealth, a city of Boston and state -funded online collections service through the Boston Public Library.

"When I heard Boston Public Library had money for digitizing. I couldn't run fast enough to speak with the person in charge," Philpott said.

The free-of-charge service to Lee cost Digital Commonwealth $3,500, according to Boston library officials.

The high-tech program not only maintains the digitized photos, but continuously has them on display.

"Since we don't have a town museum, the board of directors wanted to make the collection accessible to everybody," Philpott recalled. "They shouldn't be sitting in boxes. People should enjoy the history of the town."

The history includes the Smith Paper Company being the first in the nation to produce paper from wood pulp instead of rags; Lee quarries supplying marble to build the Capitol in Washington D.C and Philadelphia City Hall; floods, fires and blizzards that would bend, not break, the spirit of the townspeople.

"As a historian, the photographs are helpful to see what my neighborhood used to look like," said long-time Lee resident Caroline Young. "Hopefully, the photos will inspire interest in our town history."

Young, Barbara Allen and the late Rev. Walter Ryan got together in 1992 to begin a five-year process of sifting through the photos and organizing them accordingly in their spare time.

Young was fortunate enough to have an employer let her do some of the work on company time.

"If I had to do it all on my own time, [the cataloguing] would never get done," she said.

The time-consuming, challenging work was also enjoyable for the history buffs.

"It was a detective activity; what information goes with what photo. You get wrapped up in it," Allen said.

Fast-forward to 2013-2017, when Philpott worked with Digital Commonwealth staff members Nichole Shea and Tom Blake to transfer the hard copy photos to the digital world.

"Trying to enter the information took some time as we had to get the data to work with the software," she said.

Nevertheless, the process was shorter than most, thanks to the library volunteers doing all the preparation work, according to Shea.

"Lee was unique as very few put in that kind of dedication," she said.

"We can do everything for for a client, but we have to be careful with our resources," said Blake.

A non-profit collaborative organization, Digital Commonwealth has the money to create, manage, and disseminate cultural heritage materials held by Massachusetts libraries, museums, historical societies, and archives, according to its website. The program currently has over 180 member institutions from across Massachusetts that also include the Lenox and North Adams libraries, Williams College and Clark Art Institute in Williamstown.

The website provides access to thousands of digitized images, documents, and sound recordings available to researchers, students, as well as the general public. The Lee Library photos can be seen at https://www.digitalcommonwealth.org/institutions/commonwealth:0r96dv50q. Besides preservation and access, the program enhances the images, according to Shea.

"The amount of detail that comes through digitizing is amazing," she said.

What's lacking is the cultural institutions ability to directly update information about each image.

"Eventually, there will be an interface, but we have yet to develop that," Blake said.

Given some Lee Library photos have little or no background to explain the images, Allen hopes those viewing them online can provide the added content.

"It's likely to happen as long as we can double check the information," she said.