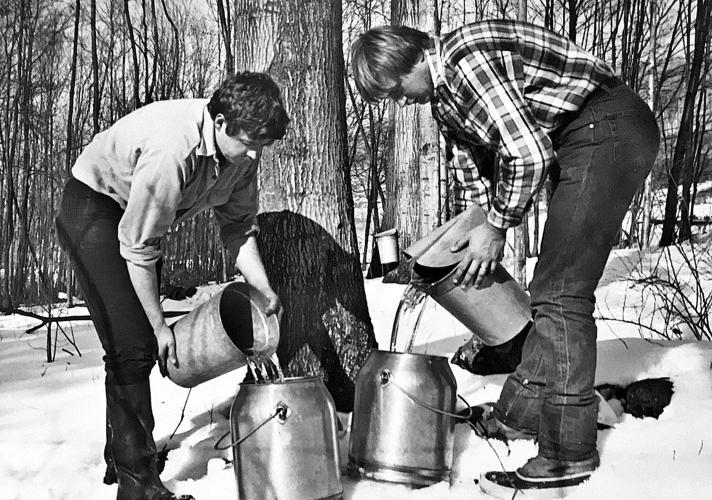 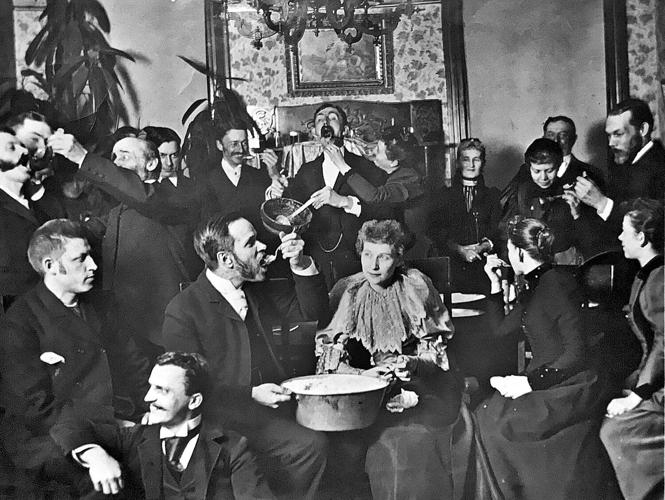 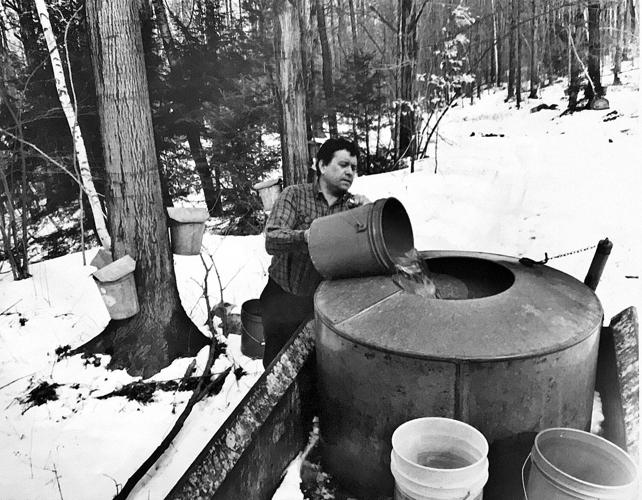 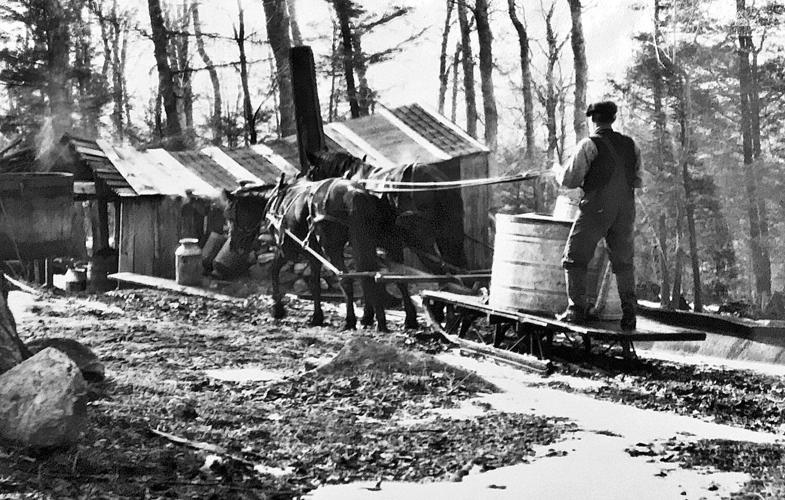 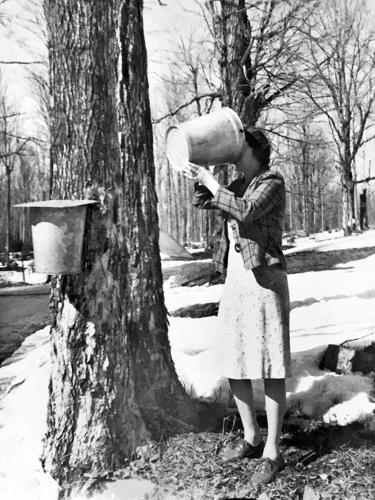 Sampling the spring sweets in Cheshire.

Did the first written account of maple sugar being made in this country come from the Berkshires?

"It Happened First in Berkshire," a column of The Berkshire Eagle, declared it as so April 3, 1940: "The first record of maple sugar being made in this country appears in a book entitled 'Historical Memoirs of the Housatonic Indians' by the Rev. Samuel Hopkins and dated 1753. The author refers to the 'molasses' he first saw made from maple sap by the Stockbridge Indians and ponders the possibility of its being used as a basis for rum."

But is it true?

The answer, of course, is somewhat complicated.

Today, we know for a fact this is not the earliest written record of maple sugar being made in North America.

The earliest known record was published in 1557, by Andre Thevet, one of the most widely traveled Frenchmen of the 16th century, who described the sweet sap of maple trees in his book "Les singularities de la France Antarctique."

The maple sugaring process appeared again in 1609 when French author Marc Lescarbot published "Histoire de la Nouvelle-France," about his expedition to Arcadia from 1606 to 1607. In it, he describes the collection and distillation of maple sap by members of the Mi'kmaq Nation during a trip to the Saint John River and Saint Croix island. While Arcadia was a colony of New France, it was made up of portions of present-day Maine.

"Moeurs des Sauvages Ameriquains, Comparees aux Moeurs des Premiers Temps" (Customs of the American Indians Compared with the Customs of Primitive Times), published in 1724 by Joseph-Francois Lafitau, a French Jesuit missionary, includes an illustration of "Native Americans collecting sap and cooking maple syrup in pots, tilling soil into raised humps, and sowing seeds, North America." A copy is held by the Library of Congress and can be viewed online at: loc.gov/item/90705836.

Putting aside Lescarbot's account, the distinction of the first published account of maple sugaring taking place in the United States might be that of Hopkins. Hopkins, uncle to the pastor (of the same name) of the North Parish of Sheffield (now Great Barrington) from 1743 to 1769, wrote about the conversion of the Mohican tribe, known as the Stockbridge Indians, to Christianity.

The account of maple sugar production, written as a footnote describing the process of collecting maple sap and boiling it into sugar, accompanies Hopkins' transcription of letters written in 1734 by the Rev. John Sergeant to elder church ministers in New Haven, Conn., explaining why he and another man had put off their teaching duties for several weeks.

"About the middle of February is the time when the Indians of Housatunnuck [sic] leave their habitation and go with their families into the woods, to make their year's stock of sugar; and the season for this business lasts until the end of March, and sometimes into the middle of April."

While some historians and websites credit Smith's account — of watching maple sugar production while a captive in 1755 — as the first written account by a settler (and in the United States), giving it that distinction is somewhat absurd. Eleven years before the book's publication, in 1788, the Society of Friends (also known as Quakers), championed the use of maple sugar over cane sugar produced by slaves in the British-controlled West Indies.

And in 1790, Thomas Jefferson and President George Washington both tried to join this effort by planting sugar maples on their Virginia plantations. Their endeavors failed, as the sugar maple does not find the climate of Virginia to be hospitable. Jefferson's investigation into the economic benefits of maple sugar production, including how to do so, were published before that of Smith's book.

Editor's note: The article was updated on March 26, 2019, to clarify that Hopkins was the uncle of the North Sheffield pastor, with whom he shared the same name.