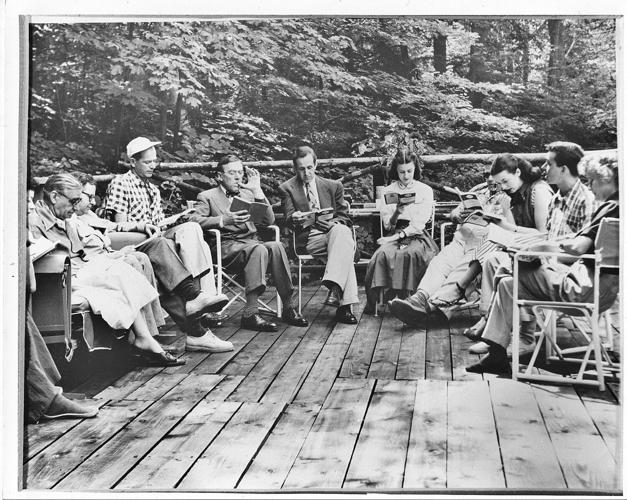 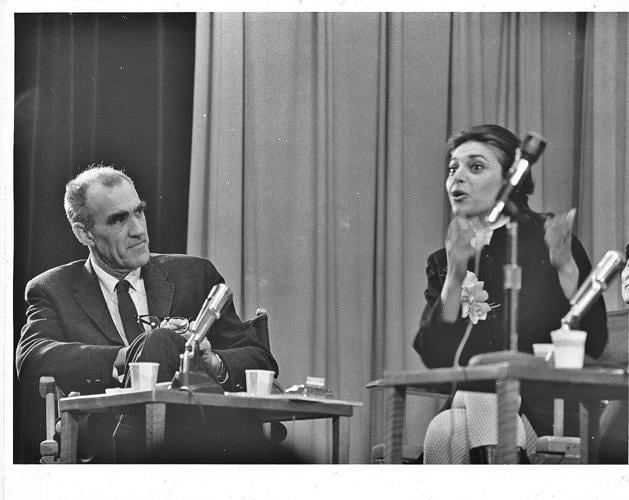 William Gibson and Anne Bancroft sit for an Interview in1968. Bancroft starred in a production of "A Cry of Players," that summer in Stockbridge. 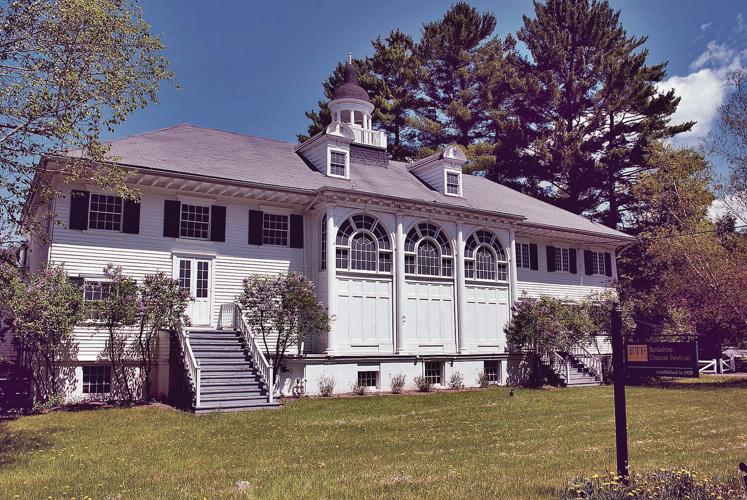 Berkshire Theatre Group's Fitzpatrick Main Stage, in Stockbridge, was put in this location in 1928. Before that, the building was a casino on Main Street. 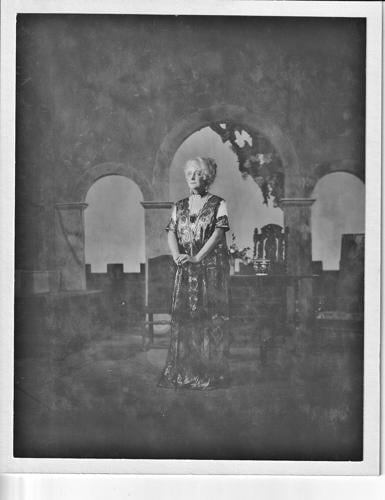 William Gibson and Anne Bancroft sit for an Interview in1968. Bancroft starred in a production of "A Cry of Players," that summer in Stockbridge.

Berkshire Theatre Group's Fitzpatrick Main Stage, in Stockbridge, was put in this location in 1928. Before that, the building was a casino on Main Street.

In Stockbridge, where East Main Street and Yale Hill Road converge, sits Berkshire Theatre Festival's Fitzpatrick Main Stage. While the building has had a long run there— 90 years to be exact — it's not the building's original location.

Designed by architect Stanford White, the structure was built in 1888 as the Stockbridge Casino, situated on Main Street where the colonial Mission House now stands. After 40 years, the stately edifice was moved stick by stick on a horse-drawn wagon to its current location, where it reopened 90 years ago, in 1928, as the Berkshire Playhouse, later renamed the Berkshire Theatre Festival. Beginning Tuesday, the Stockbridge Library will celebrate this anniversary with an exhibit of artifacts and images honoring the cultural landmark, one of the nation's oldest theater festivals.

"It's not a casino as we know it," Allen said. "Probably the riskiest gambling would have been in the card room, where they played whist or bridge. It was a place for entertainment, enjoyment, and for the community to get together."

Catering to the local gentry, the venue was not unlike a modern day country club or recreation center, according to Lee. Blueprints show the building contained a card room, stage, basement bowling alley and tennis courts in the front yard.

In this earliest incarnation, well-heeled town denizens staged annual vaudeville show benefits, such as the "Follies of 1911," with acts including "The Irish Patti," "The Marvellous Zangzigs" and "Mademoiselle Lolotte and her world-famed Danish Bloodhounds," which are all listed on vintage playbills and flyers.

An annual exhibit at the Casino included works by acclaimed artists, such as sculptor Daniel Chester French, who lived nearby, drawing widespread attention.

When Naumkeag owner Mabel Choate sold the then-shuttered casino to local financier Walter Clark, with the intention of moving Mission House from Prospect Hill down to the Main Street property — an action not uncommon at the time — the building was dismantled and reconstructed on its present site.

In 1928, the newly formed Three Arts Society made up of philanthropists and artists launched the renamed Berkshire Playhouse in grand style with a performance of "The Cradle Song" by Eva LeGallienne's New York repertory company.

"It was summer stock when it first started," Lee said, "hiring actors for each show."

Movie stars from James Cagney to Buster Keaton trod the boards in those early years. Playwright Thornton Wilder was the stage manager in his iconic "Our Town," and character actor Mary Wickes appeared in some two dozen plays over three decades.

"She did so much Hollywood work, but always came back to Berkshire Theatre for the summers," Lee said. "It was her second home."

Through the exhibit, "we really wanted to reconnect with our Stockbridge roots," Lee said. "The story you typically hear about Berkshire Theatre Festival is about the stars of stage and screen that have come through our halls. But there's also this core group of Stockbridge residents, and people who came here, fell in love with it and stayed."

Local residents engaged in all aspects of the storied theater festival as set builders, production personnel, actors and audience; and Stockbridge society ladies were eager to host distinguished performers.

Posters, photographs and letters capture the work of iconic theater artists, from playwright William Gibson and director Arthur Penn to actors Anne Bancroft and Frank Langella. Included is a set design by local film and stage designer Carl Sprague, and a dress similar to one Cecilia Loftus wore in the festival's first season.

"A lot of material in the exhibit connects with people who live here and have lived here for a long time," said Allen. "There's this wonderful two layered appeal of the theater — the people that were here who could get involved, and the people that came in."

"When you dig into the history," Lee said, "you realize how important the town and the community have been to the Playhouse. It wouldn't exist without them."