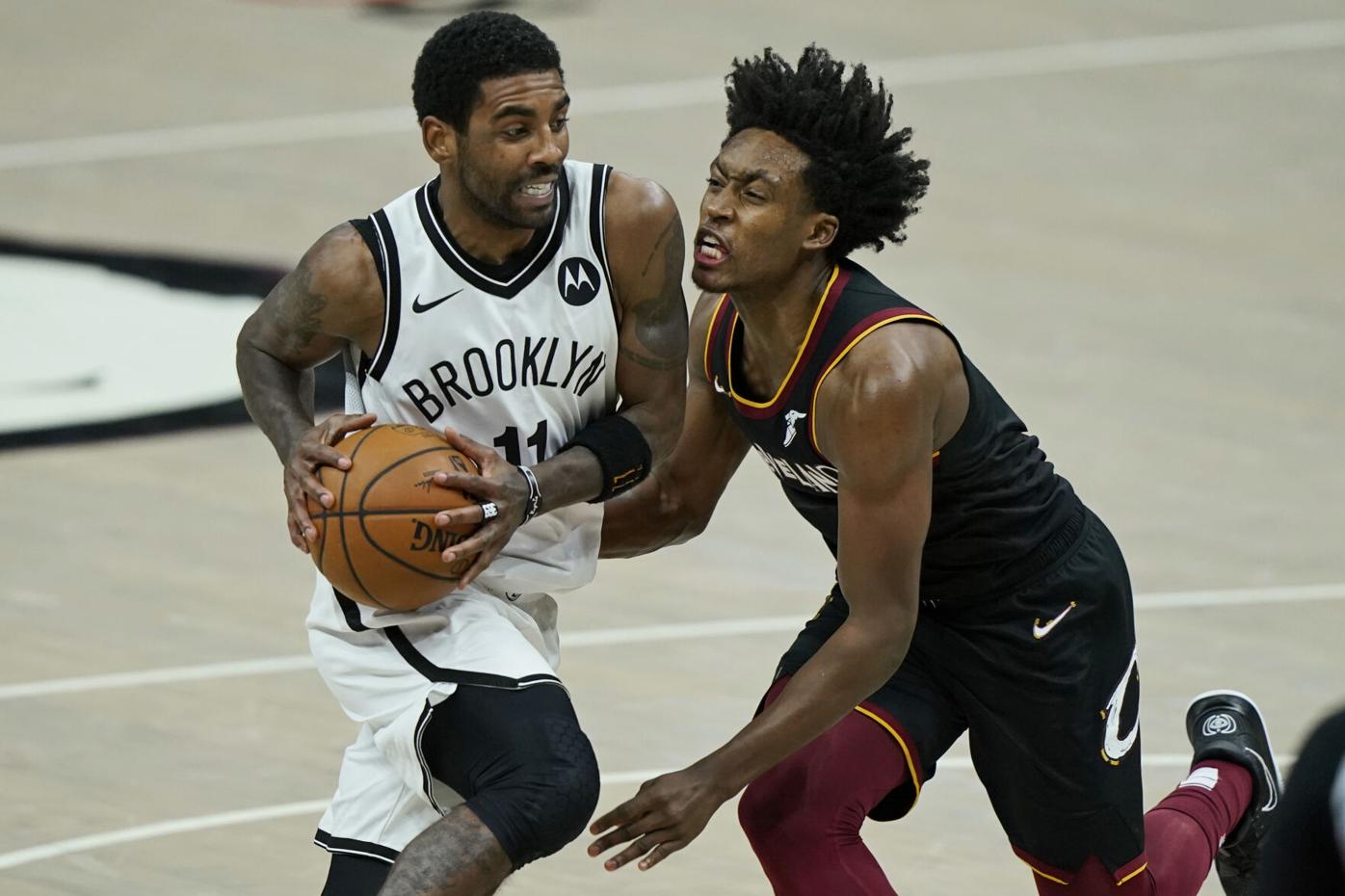 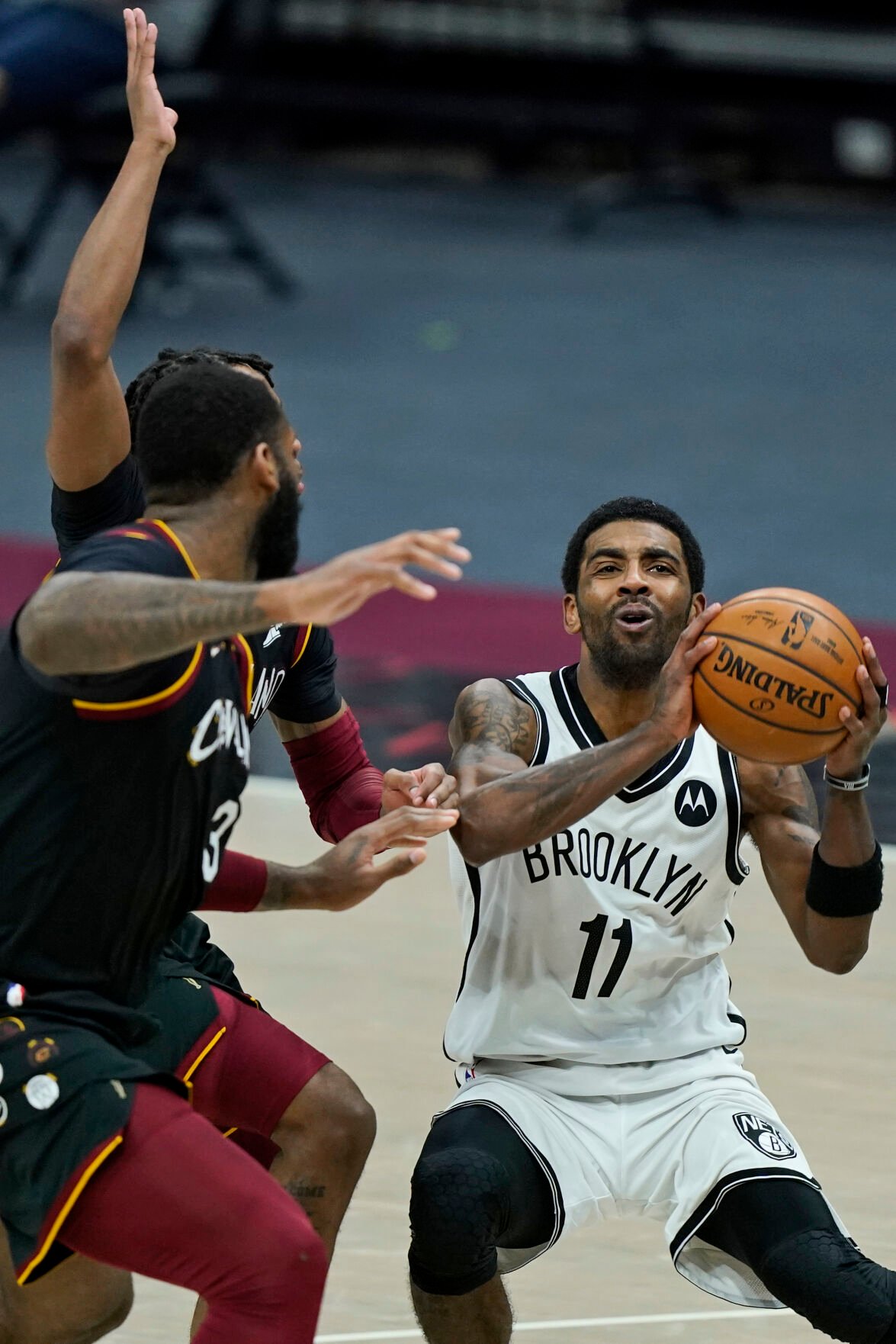 NEW YORK — Kyrie Irving rested his chin on his arms folded in front of him, looking worn down by his fight to balance his commitment to his team and his community.

He wants to help the Nets. He also wants to support the underserved.

“If you don’t create that distinction, then it’s easy to feel the weight of the world while you’re going out there and playing,” Irving said Tuesday.

Such a weight, the Brooklyn star said, that he “just needed a pause.”

Irving returned to practice with the team and could play Wednesday in Cleveland. He has missed the last seven games — five while away during a leave of absence and two more while regaining his conditioning after he was eligible to return.

He didn’t give a clear reason for his absence while speaking during a Zoom interview, telling reporters he had a lot of personal things going on.

“I’m a hometown kid so things hit a little different when family and personal stuff are going on, and that’s up to me to handle that as a man,” Irving said. “But yeah, I just take full accountability for my absence with the guys and just had a conversation with each one of them and we move on.”

He apologized to Nets fans, saying he understood their feelings because he grew up one of them in New Jersey, when the team was based there. But Irving, who has donated millions to causes important to him and confirmed working with a group that bought a home for George Floyd’s family, also made clear that his decisions are based on more than just basketball.

“I want to make changes daily,” Irving said. “There are so many oppressed communities, so many things going on that are just bigger than a ball going in the rim.”

Irving’s absence began Jan. 7, the day after the deadly riot at the U.S. Capitol. He was fined $50,000 for violating the NBA’s health and safety protocols after he was seen in a video posted on social media during his absence at an indoor family party while not wearing a mask. He also lost nearly $900,000 of his $33.5 million salary because two of the games he missed were during a mandated quarantine period.

Irving said he was happy to be back with the team, which acquired James Harden during his absence. The Nets have won both games since the trade.

“We got some great pieces and we just move on, and I let my actions and my game speak for itself like I planned on doing,” Irving said. “Just needed a pause.”

Irving said there’s no question of his love and commitment to basketball. He may be able to direct more attention to it by sharing more responsibilities for the off-court changes he seeks.

“I’m just being honest here,” Irving said. “It’s been a lot to balance and now I called for help and now I have just so many mentors and so many people reaching out and just taking things off my plate that were never mine in the first place.”

Nets down Heat at home

Kevin Durant scored 31 points, Kyrie Irving took over late and had 28 and the Nets overcame Adebayo’s career-high 41 points to beat the Miami Heat 128-124 on Saturday night.

James Harden finished with 12 points, 11 assists and seven rebounds as the Nets won for the first time with their Big Three playing together. They lost consecutive games with dismal defensive efforts in Cleveland and barely got enough stops to hold off a short-handed Heat team that had been limited to 81 points by Toronto a night earlier.

“It’s not every day you see this collection of guys playing together in NBA history, so we want to take full advantage of that,” Irving said.

Irving helped pull the Nets through with 12 points in the final 5:48 after the Heat had erased nearly all of an 18-point deficit.

Joe Harris added 23 points and seven 3-pointers for Brooklyn, but the Nets needed Irving’s 18 points in the final quarter of a game they had largely controlled.

The Checkup for March 2: More reports from Vexation Nation on vaccine hunt

'Get your shot and don’t think about it again:' J&J doses to boost local rollout, as legislators push for teacher doses