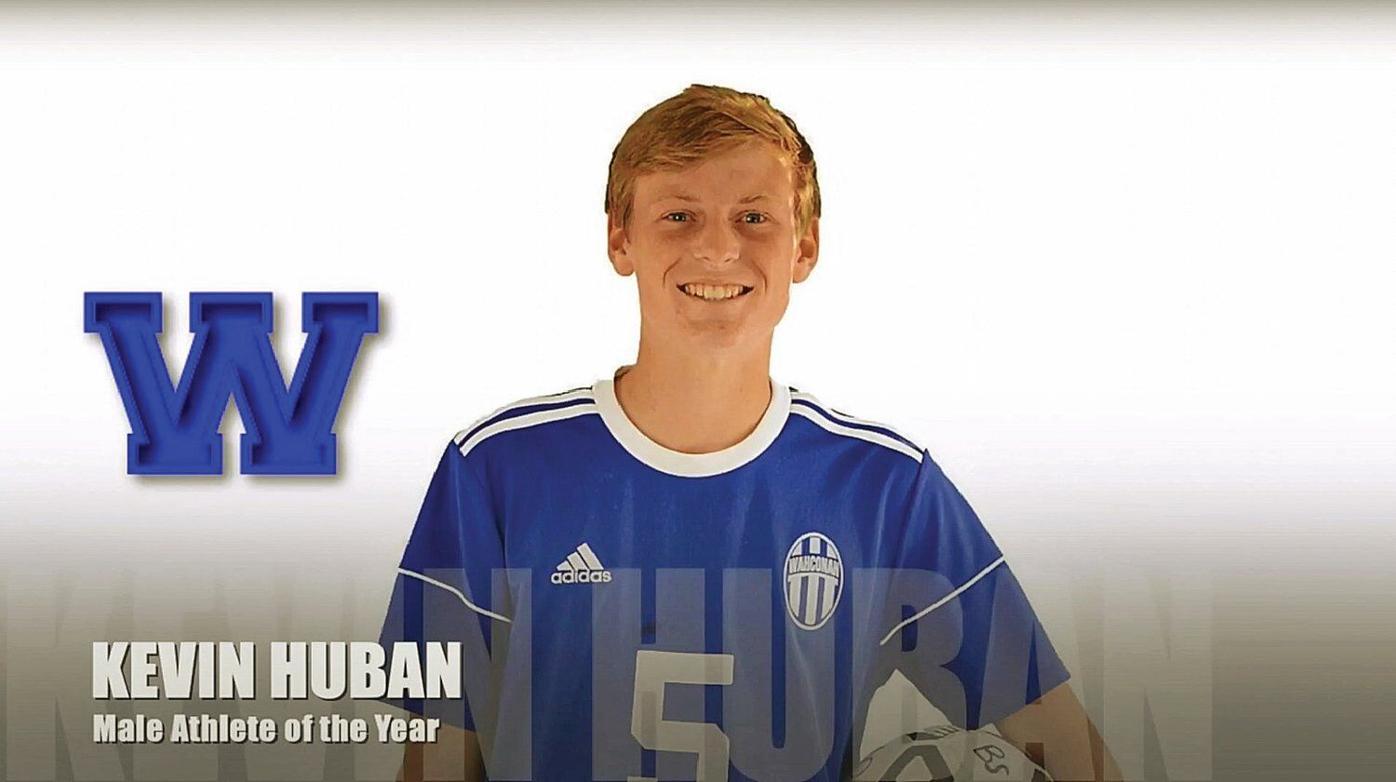 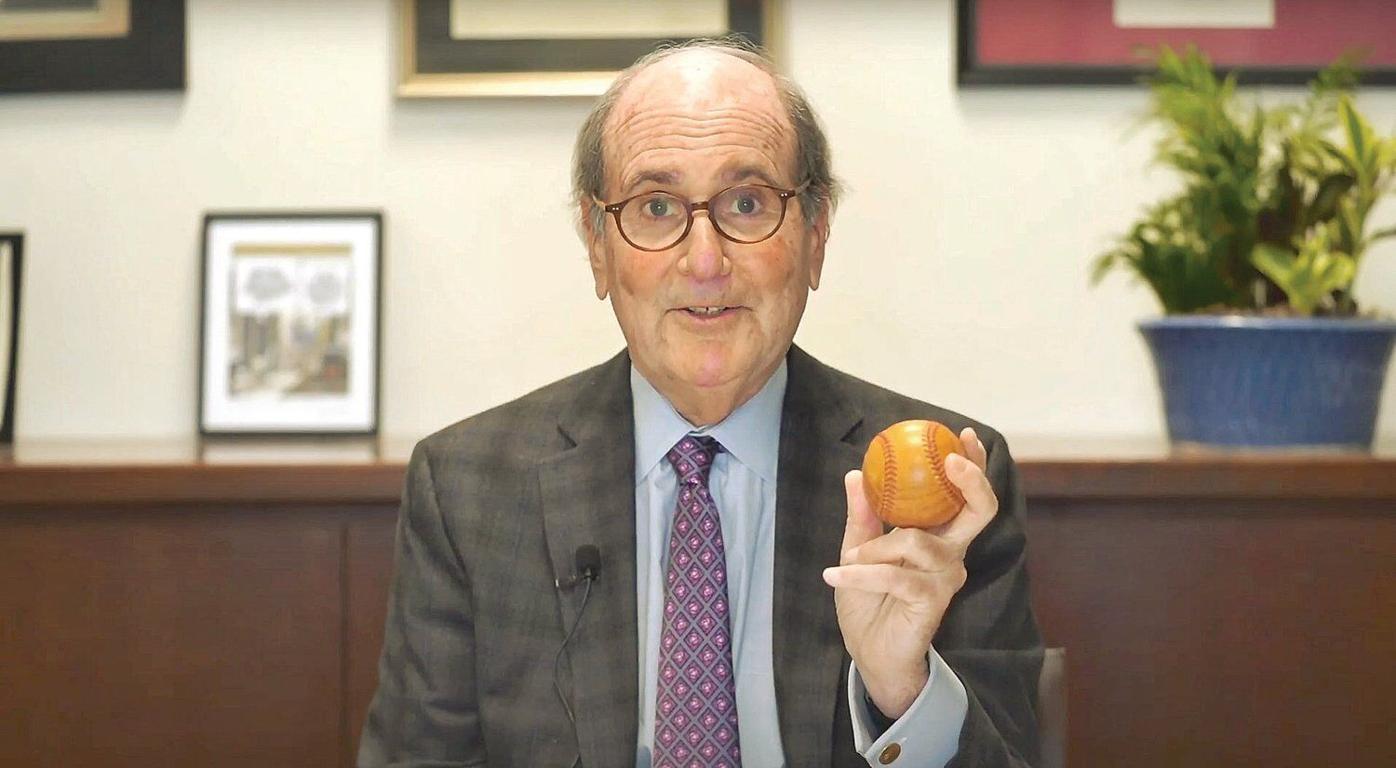 The Berkshire Eagle Publisher Fred Rutberg opened the 2019-20 All Stars video with a special address to the honorees. 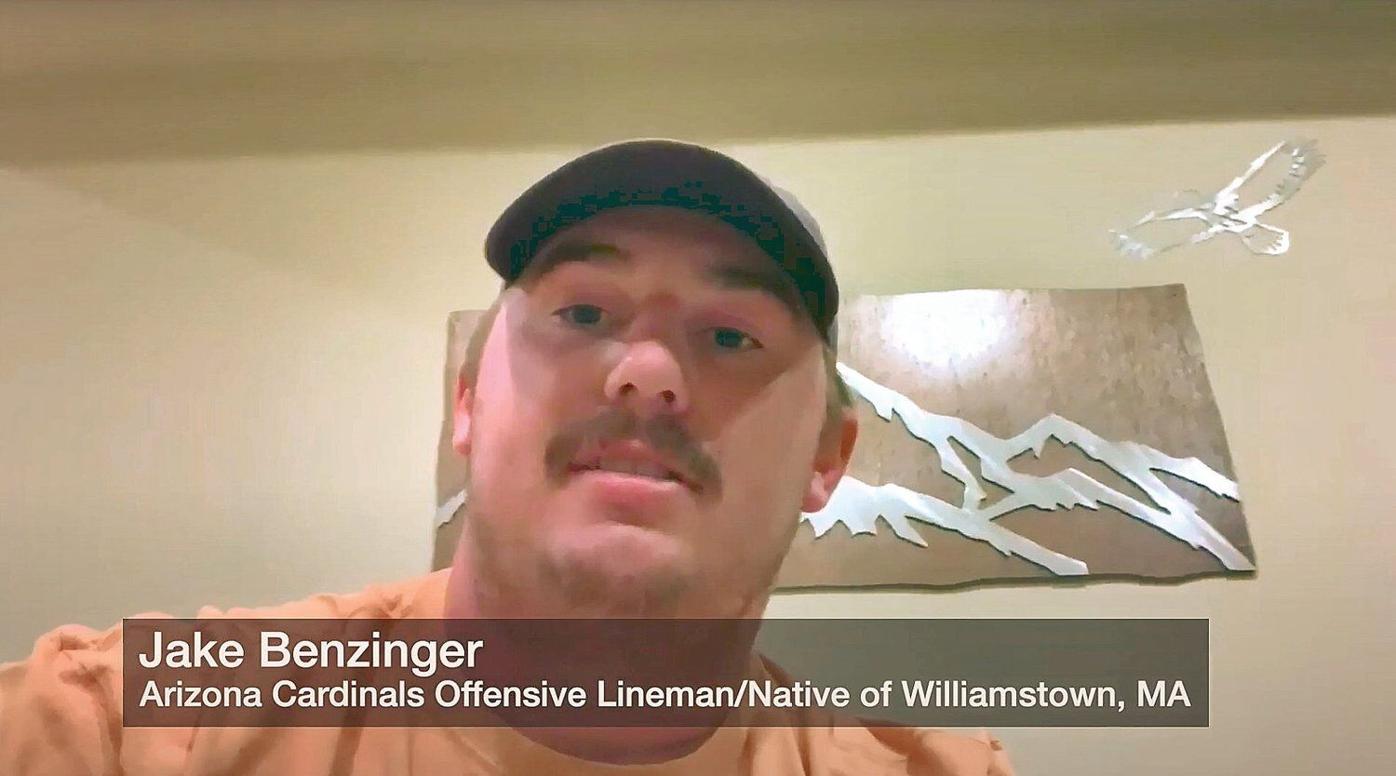 Williamstown's Jake Benzinger, a former 3-sport athlete at Mount Greylock and current member of the Arizona Cardinals, appeared in The Eagle's All Stars video with a special message to all of the athletes in Berkshire County. 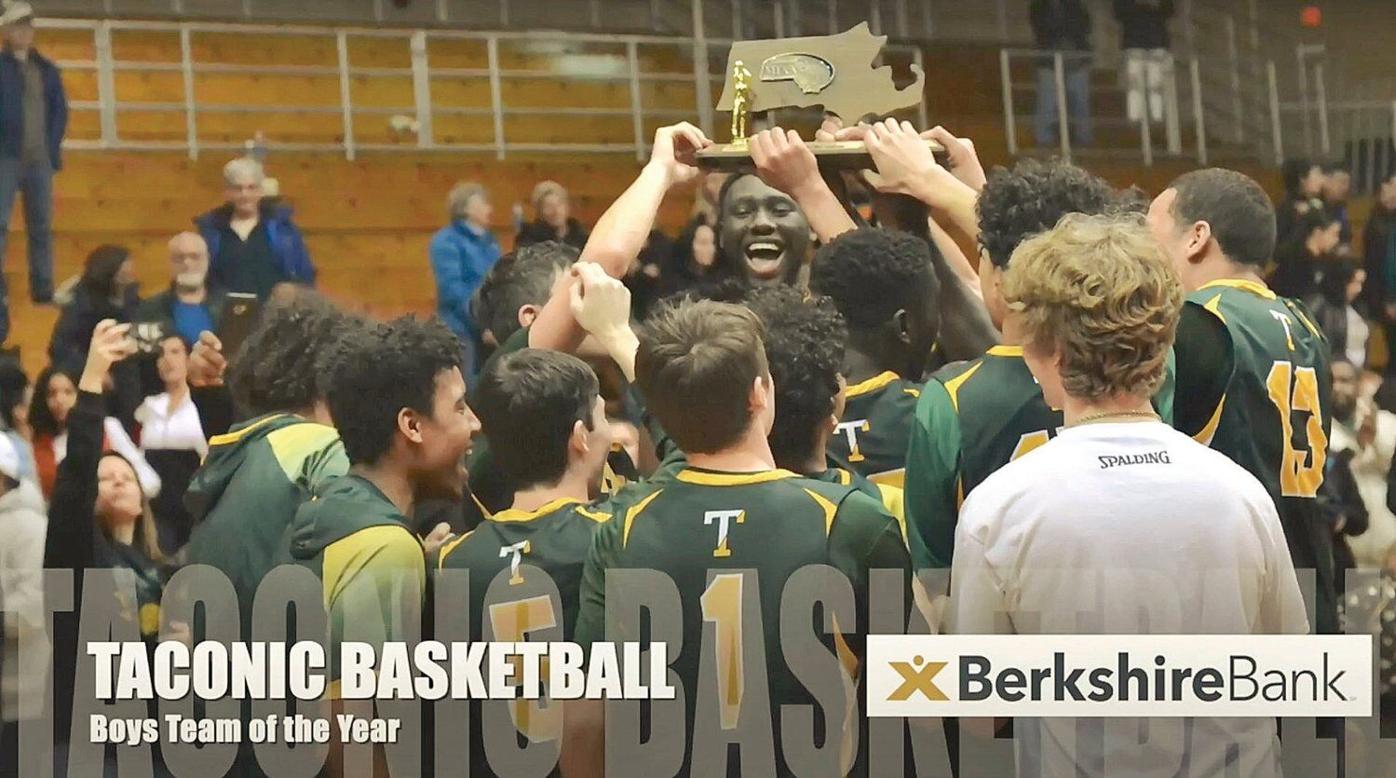 The Taconic boys basketball team was named our Boys Team of the Year. 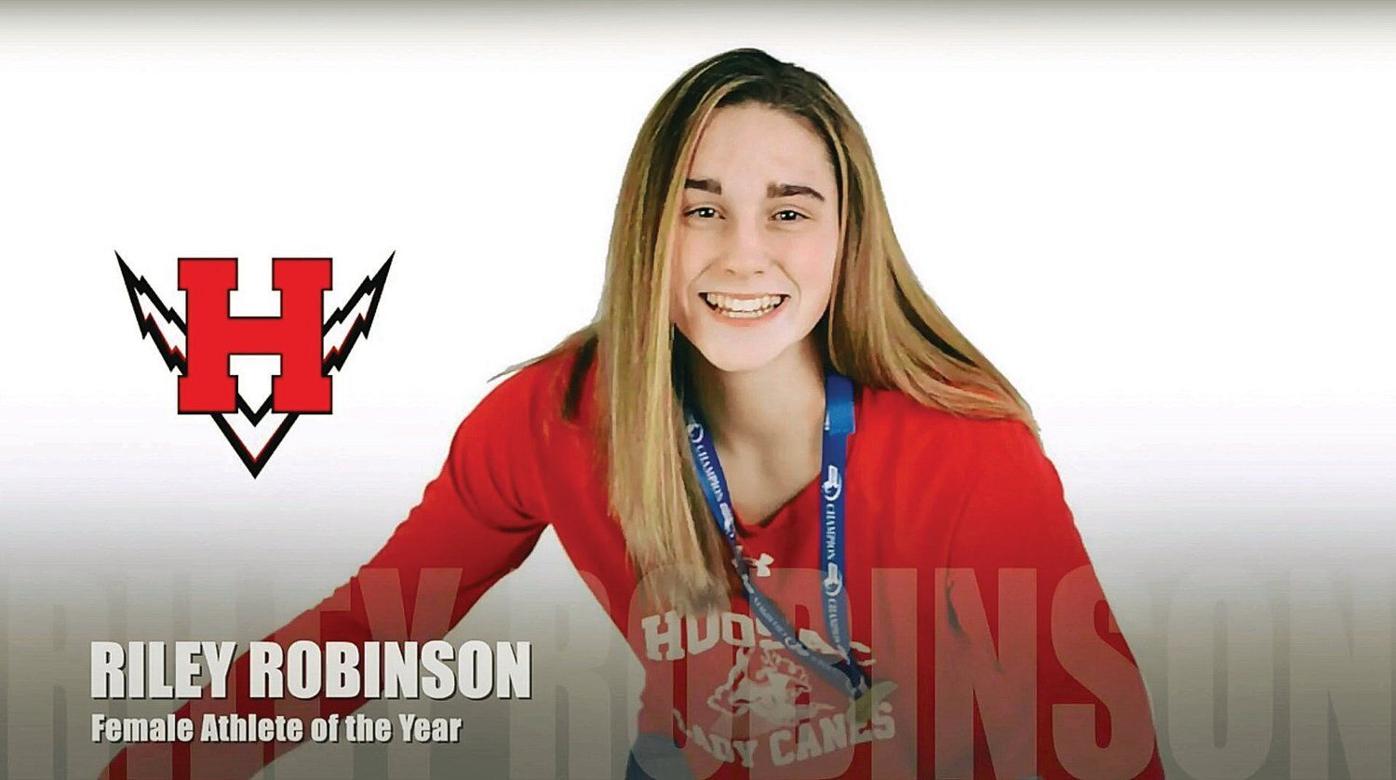 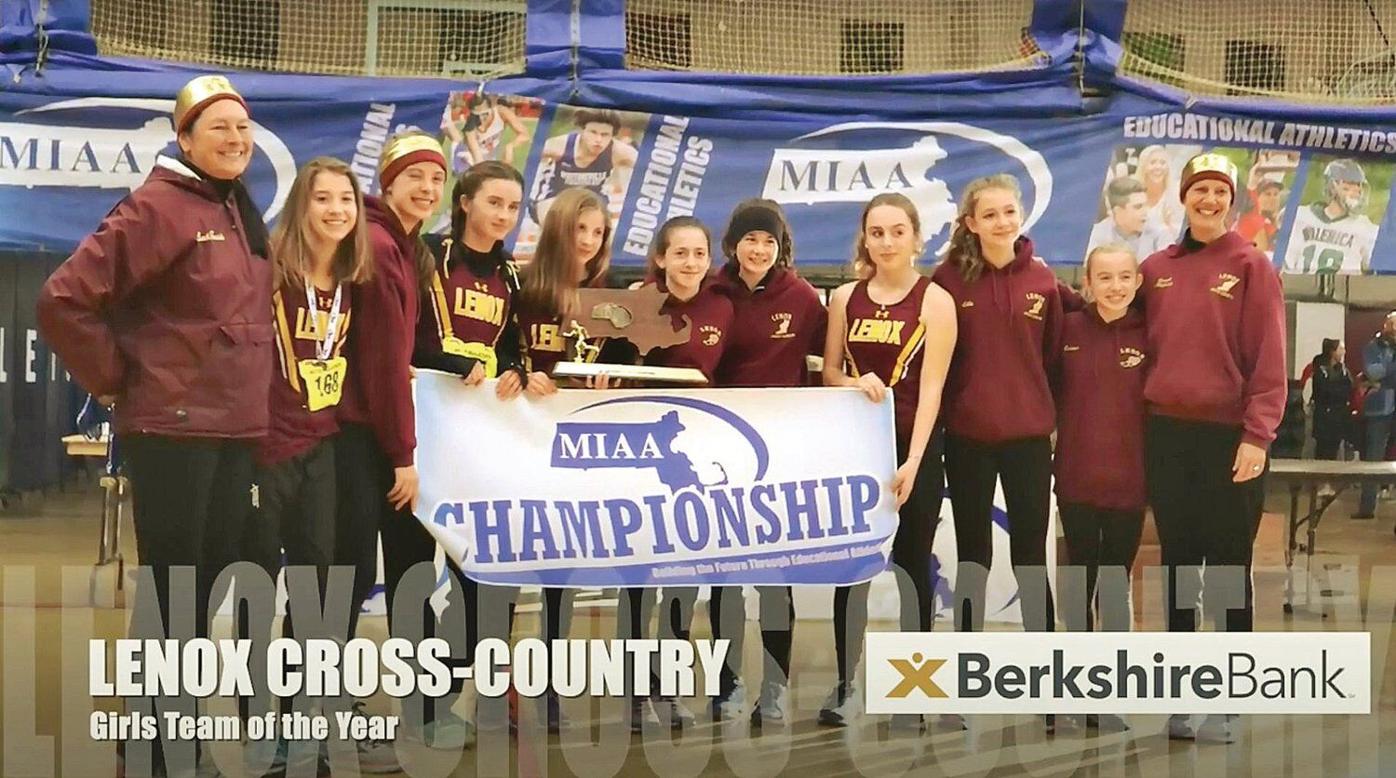 The Lenox girls cross-country team was named our Girls Team of the Year.

The Berkshire Eagle Publisher Fred Rutberg opened the 2019-20 All Stars video with a special address to the honorees.

Williamstown's Jake Benzinger, a former 3-sport athlete at Mount Greylock and current member of the Arizona Cardinals, appeared in The Eagle's All Stars video with a special message to all of the athletes in Berkshire County.

The Taconic boys basketball team was named our Boys Team of the Year.

The Lenox girls cross-country team was named our Girls Team of the Year.

After two years of an in-person event, The Berkshire Eagle All Stars Gala went virtual in 2020 — but still brought the same level of commitment to honorees.

In a livestream on The Eagle's website, plus live broadcasts on all three Berkshire County public access television stations, the 2020 Eagle Gala — sponsored by Berkshire Bank — highlighted and promoted over 50 athletes and coaches from throughout Berkshire County in the two sports seasons that were played, while also paying tribute to the seniors who had their spring seasons canceled. The event was MC'ed by legendary MLB pitcher and broadcaster Jim Kaat, who recorded his segments from his home in southern Vermont.

[cqembed title="Untitled" content="PGlmcmFtZSB3aWR0aD0iNTYwIiBoZWlnaHQ9IjMxNSIgc3JjPSJodHRwczovL3d3dy55b3V0dWJlLmNvbS9lbWJlZC9BS1JrZWJab200MCIgZnJhbWVib3JkZXI9IjAiIGFsbG93PSJhY2NlbGVyb21ldGVyOyBhdXRvcGxheTsgZW5jcnlwdGVkLW1lZGlhOyBneXJvc2NvcGU7IHBpY3R1cmUtaW4tcGljdHVyZSIgYWxsb3dmdWxsc2NyZWVuPjwvaWZyYW1lPg=="]"We're here because of you [All Stars]," Kaat said in his opening remarks. "Thank you for enriching our communities, making your family, school and friends proud. They've seen all the work you put in to get to this point, and they know all the hard work you are putting in now and the years to come."

Those spring seniors took home one of the night's biggest awards — The Eagle's Unsung Heroes honor.

"It was really an easy decision picking the spring seniors for our Unsung Heroes award," sports editor Geoff Smith said. "We all felt the loss of no spring sports this year, and as a newspaper we agreed this was a fitting way to give all of these outstanding athletes one last bit of recognition."

The nearly hour-long video kicked off with an introduction from Eagle Publisher Fred Rutberg, who touched on the importance of keeping this event going this year.

"We questioned how we could have a sports gala when we had to leave out all of the spring sports." Rutberg said. "But I, along with our editors, sports departments and sales staffs, decided that when so much has been taken from the youth of our communities, especially the class of 2020, this show, although somewhat smaller, must go on."

In addition to the previously announced individual sport winners, Monday's video also revealed the winners of our four biggest awards — Athletes of the Year, and Teams of the Year.

The Male Athlete of the Year award went to Wahconah senior Kevin Huban, a two-time All Star this year for his exploits in soccer and in basketball. Huban, who also would have played baseball in the spring, put up lofty numbers last fall as the striker for the Warriors on the pitch by scoring 31 goals and dishing out three assists.

"It's pretty special," Huban said of winning his award. "It totally came as a surprise. Most importantly, I really want to thank my parents, coaches, all my teammates and all the referees for making this possible, and making it worthwhile."

In basketball, he kept his offensive output high by being one of the top threats in all of Berkshire County. Huban averaged 16.9 points per game, clearing 30 points 11 different times. He also surpassed the 1,000-point milestone for his career during his senior campaign. He finished his career with 1,259 points — second all-time in Wahconah history.

While Huban didn't get a chance to end his career how he would have liked, he was quick to put into perspective what his time at Wahconah meant.

"It flew by," Huban said of his senior year, "especially with the COVID-19 stuff. But I was able to capture a lot of things about myself and other people. Simply stated, senior year was riveting, and it was extremely exciting."

The Female Athlete of the Year was also a two-sport star at her school. Hoosac Valley's Riley Robinson played soccer in the fall for the Hurricanes, and then helped lead the basketball team to its second straight state title.

"My first reaction, I think we all just started laughing because we were like, oh my god, I can't believe it's happening," Robinson said after the program aired. "My dad went 'Shhh, I want to hear it.' It was just a complete shock. I wasn't expecting this, but I was grateful that I was selected."

In soccer, Robinson helped anchor a midfield that was defensively sound. In the winter, she served as the anchor for the Hoosac press and did all of the little things necessary to help the Hurricanes reach the state final again, before coronavirus left the Hurricanes sharing this year's state championship honors. Hoosac's defense held opponents to 35 or fewer points in 11 games, and she averaged 9.4 points per game on the offensive end.

Like every spring sport athlete, Robinson's senior year did not end on the field the way she might have liked. But the future Springfield College student said the award helps end things on a good note.

"It's definitely not the way I expected to finish my high school career. But it's the community, it's Berkshire County, it's my school, it's everyone who's been helping me make this special," Robinson said. "It's not the same as going up on stage to receive a trophy in front of all the other athletes. But it's definitely nice that The Berkshire Eagle could put this on for all the athletes.

"They cared enough to think about us and how we got to miss out on all the special things."

For the team awards, the Lenox girls cross-country team brought home the Girls Team of the Year honor after their trailblazing 2019 campaign. The Millionaires participated in a season-long battle with rival program Mount Greylock, before stepping things up in the postseason by beating the Mounties for both the Western Mass. and MIAA Division II titles.

"The day before the Western Mass. meet [we had a feeling this could be special]," Teasdale said. "I told Laura Najimy, my assistant coach, if everything fell into place we had a shot and thought it could be our time. Our team had nothing to lose and just wanted to give 100 percent.

"They really came through and maybe even surprised themselves. It was pure joy to win and finally be on top. I am so happy for the girls."

Led by our cross-country girls team coaches of the year, Teasdale and Najimy, the Millionaires put together an incredible fall campaign. Their Western Mass. win helped snap a Greylock streak at sectionals, while the state championship win at Gardner Municipal Golf Course was the first state title in program history.

"All you can ask [of your athletes] is to give it everything you have and have some fun along the way," Teasdale said.

On the boys' side, the Team of Year honor went to the Taconic boys basketball team, which also took home the honor in our inaugural gala in 2018. In both instances, the team was coached by Bill Heaphy.

The Braves, led by two players who were on that 2018 team in Isaac Percy and Mohamed Sanogo, went on a tear this winter to bring home a third-straight Western Mass. Division II title, and a co-state championship after the state final was canceled due to the coronavirus pandemic.

What made this year's Braves team special was how they had to adapt on the fly. The program started the year 1-2 and looked to be on shaky ground as it tried to mount another Western Mass. title defense. But like any great program, the Braves got the recipe right as the season progressed, culminating in a 12-game winning streak to end the season.

"What we preach is, it's just got to become who you are as a person. Give it your best, work your hardest and let it all hang out. Wins, losses, it's all part of it," said Heaphy. "We want to create a culture of hard work, playing together as a team, and playing for something bigger than yourself. That's Taconic basketball."

The video featured cameo appearances from a host of local celebrities including Olympians Sophie Caldwell-Hamilton and Andy Newell. Williamstown's Jake Benzinger, who recently finished his football career at Wake Forest and is now signed with the Arizona Cardinals, also made an appearance to recognize the Berkshire's best.

"I want you to know that your accomplishments have not gone unnoticed," Benzinger said. "And I want to extend my congratulations for you guys having a great career or season, and to keep those dreams moving forward."

Kaat, currently a broadcaster for the New York Yankees on the YES Network, spent 25 years in Major League Baseball, including two with the Yankees. He was best known for his 15-year stint with the Washington Senators who became the Minnesota Twins. He appeared in two World Series, in 1965 when the Twins lost to the Los Angeles Dodgers, and in 1982 when he pitched in relief for the St. Louis Cardinals in their Series winning performance over Milwaukee.

In remarks to the All Stars, their families and all who watched, Kaat said there are a few things he would like the viewers to take away from the evening. One is to be curious. He said that today, there's a lack of asking questions of others who have been "very successful doing what we want to do in the future. So be curious."

Kaat also told the All Stars to be humble and stay humble.

"One of my favorite lines from a sportscaster in Minnesota, when I was listening to sportscasts on the radio, would close with this line: 'I'm Al Shaver, saying when you lose, say a little. When you win, say less.' That's pretty good advice," Kaat said. "In other words, be accountable. Sports teaches you to be a good teammate. You're going to make your mistakes. Admit your mistakes, bear the pain, stand alone, tell the truth. Do what's right. Learn to lift your teammates up."

Geoff Smith can be reached at gsmith@berkshireeagle.com, @GSmith_Eagle on Twitter and 413-496-6254.