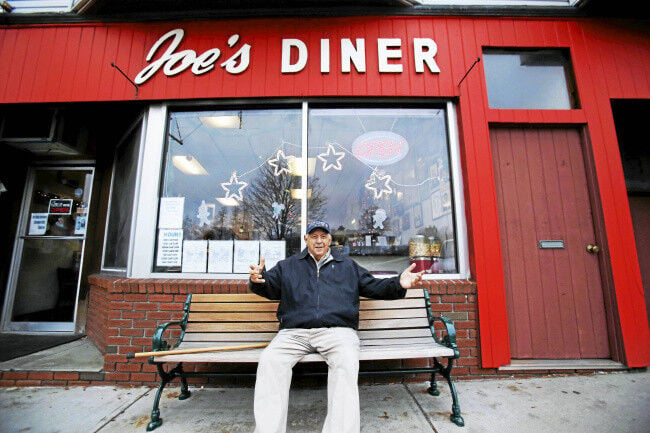 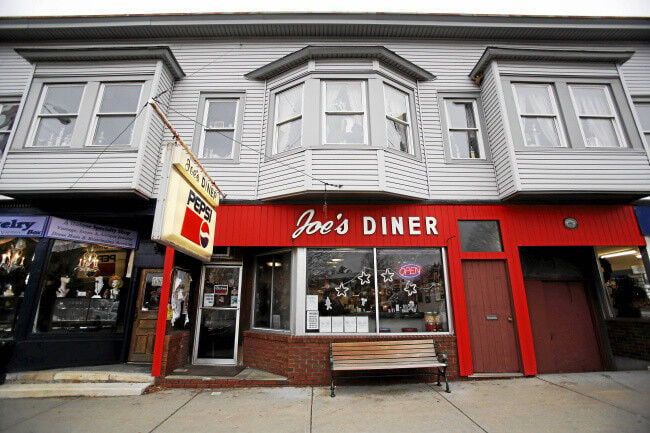 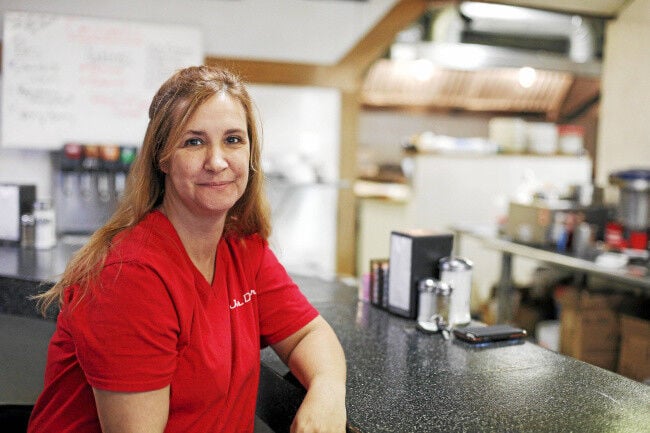 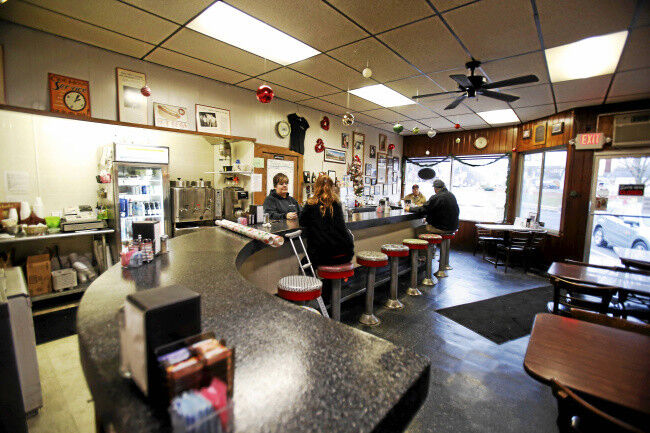 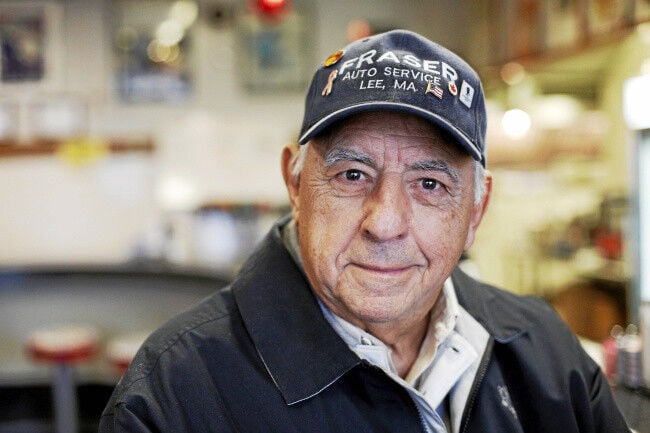 LEE — At the top of Main Street in Lee, where the road turns left at the railroad crossing, Joe's Diner sits so close to the tracks you could touch passing trains from the back window.

On coffee mugs, under a drawing of former owner Joe Sorrentino, are the words "Since 1955," marking 60 years of serving the community.

Customers far and wide know the diner as the backdrop for Norman Rockwell's iconic 1958 Saturday Evening Post cover "The Runaway." On a warm fall day, business is brisk. Well-heeled tourists pose for photos on stools, mimicking Rockwell's painting. A schoolboy perches at the counter beside some workmen, chemistry textbook jutting from an open backpack. Wearing a Harley Davidson T-shirt, a biker sits at a nearby table, her motorcycle jacket slung over the wooden chair back.

Sorrentino worked at a local restaurant, Rossi's, since age 14, washing dishes then cooking. Two weeks after returning there from military service, the diner, which opened in 1939 next door to its current location before moving in 1954, came up for sale.

"The bank said, 'Let your father mortgage the house and we'll give you the money,' " he said. "It took me a week to talk him into it."

When he opened Joe's Diner, "they said, 'the kid won't last a month,'" he recalls. Two years later, he paid back his father and married his wife, Theresa.

"We ran it 24 hours a day," Sorrentino said. "Mama Rosa ran the night shift, my mother-in-law came in, and I worked 12 hours. My six sons helped me a lot."

Thirty years later, a convenience store opened across the street, and Sorrentino closed between midnight and 5 a.m.

"I was making more money, because it had cost me to keep open," he said.

"We'd sell 300 pounds of corned beef on Thursdays," he recalls.

Joe's was a haven for town mill hands and locals, who found a community within the diner walls.

"Every night, we had a bunch of guys who were single," Sorrentino said. "If they didn't come in, we'd find out why. If they were sick, we'd send food to their house."

When regulars came in the door, "by the time they sat down, their dinner was in front of them."

During the summer, the diner drew some 600 people a day.

"About half were tourists, locals didn't like it because they couldn't get a seat," Sorrentino said.

Autographed photos of celebrities and performers grace the walls of the diner, gifted by some of the Berkshires' most noted visitors and residents.

"We used to get Tanglewood musicians, John Williams, and politicians," Sorrentino said. "The Kennedys used to camp on October Mountain and come in here at night.

"When [Mikhail] Baryshnikov came in from Jacob's Pillow, I had to sit down at the table with him. He was quite a guy."

""Mrs. Heinz, who married John Kerry, used to come in for breakfast and always ate her meal, she never left anything on the plate. Now her husband's Secretary of State."

At Joe's Diner, Sorrentino and his staff made people from all walks of life feel welcome.

"You can have the town bum there, and the governor sitting next to him. Where can you go to find places like that?" he asked.

Sorrentino's retirement in 2001 drew wide-spread attention and a New Yorker article. Several new owners followed, one famously lasting less than a week before throwing in the kitchen towel.

After the untimely death of the last proprietor, also named Joe, Heather Earle bought the business in 2013 and moved her family from Shelburne Falls to Lee.

"I've worked in restaurants my whole life, my mom had a catering business," said Earle, 43.

She runs the restaurant with her sister, Shelly, and son, Russell. Grandson Christopher toddles by savoring a spoonful of whipped cream.

"Almost everything that was redone we did ourselves," Earle said. "We closed for eight days, and were here till 4 in the morning, me and my sister."

"In the beginning, it was rough, I was putting in 100 hours a week." Still, she says, "if you have a business that's established, you're going to make it if you don't change a lot and have a good personality."

"She's doing a good job," said Sorrentino. "People are looking for good places and halfway decent food. You got that, you got it made. At a diner, you're going to get your money's worth."

"I usually have the soup of the day, a corned beef sandwich, steak and eggs," he said. "They have good breakfast here, I eat everything on the menu."

"Dave and I were classmates," explains LePrevost. "We've been coming here for 60 years. I always came in the back door," he quips. "I've known Joe a long time. When he retired at 70, I talked him into playing golf."

"Back then, it was a good place — wild, but fun," Whalen said. "Friday nights, you never knew what was going to happen. We'd come in here after the movies and see the other show."

"We had some tough women working here," adds Sorrentino. "You'd get Friday night fights, the girls would go crazy. I would drop my date off, and stop in for breakfast before I went home.

"I said to myself, I'm going to work for 10 years, and then I'm going to get out. Then I had the baby." He had seven children in all.

"They grew up in it, and two of the boys stuck with me right to the end," Sorrentino said. "After 40 years, they wanted a change. I've had a good time here, a good life here."