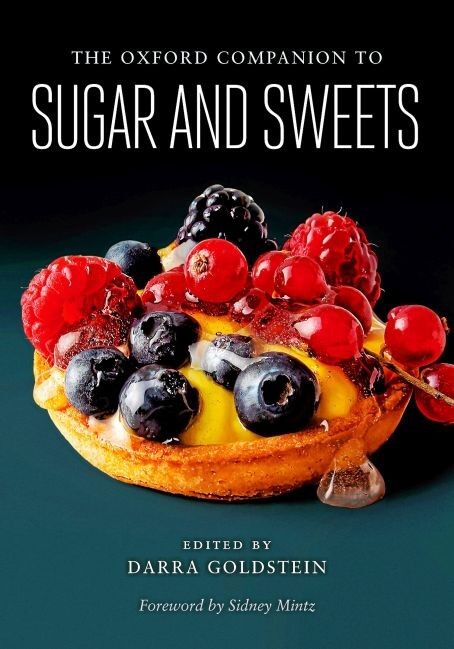 "The Oxford Companion to Sugar and Sweets" edited by Darra Goldstein. 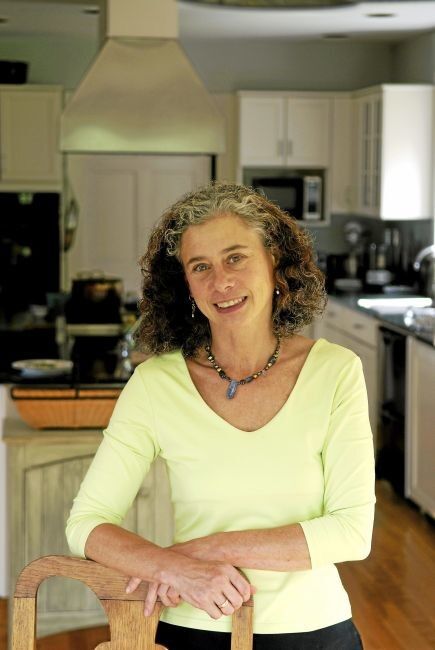 Williamstown resident Darra Goldstein is editor of the new book "The Oxford Companion to Sugar and Sweets."

"The Oxford Companion to Sugar and Sweets" edited by Darra Goldstein.

Williamstown resident Darra Goldstein is editor of the new book "The Oxford Companion to Sugar and Sweets."

WILLIAMSTOWN >> You could say it was Darra Goldstein's sweet tooth that got her into the deliciously interesting project of editing a tome about the sugary history of sweets.

When Goldstein — who is currently the Wilcox and Harriet Adsit Professor of Russian at Williams College — was first approached by Oxford University Press, it was to gauge her interest in working on a book about world food. Known for her James Beard award-winning journal "Gastronomica," Goldstein said she at first turned the offer down, having already dealt with the politics of food on a global level when working on a large project with the Council of Europe to explore ways in which food can be used to promote tolerance and diversity.

But on second thought, she offered this tidbit to the publisher: "I have a sweet tooth," she said, "and I would love to work with you on something to do with that."

And so the beginnings of "The Oxford Companion to Sugar and Sweets," edited by Goldstein, took shape, one sugar-laced entry at a time, until it reached 920 pages — a sweet, complex, thorough treat.

"The challenge with this book is, at first glance, people are going to think it's going to be just a dessert book, but it's really a cultural history," said Goldstein, who worked on this labor of love for two and half years, editing works from 265 contributors.

If you're looking for cookie recipes or cake-frosting tips, don't expect to find them in the companion. Instead, if you've ever wondered why we crave sugar, or how sugar has permeated almost every aspect of our culture, right down to the stories we read as children — didn't we all want to help Hansel and Gretel in the Grimm Brothers' story eat through the witch's house made of cake with windows of transparent sugar? — then you'll find all of that and so many more delectable nuggets of sugary information.

"[The book] is an excursion through history and culture, through time and place, through prism of the sweet," Goldstein said. Organized alphabetically, the entries in the book are also broken down by categories, making it easier to dip your taste buds into this encyclopedia — of sorts — of sweets.

Goldstein suggests, instead of reading the book cover to cover, looking over the topical outline of entries and going to what interests you. For example, she asked this reporter what her favorite candy is. After little more than a pause, the reporter replied, "Peanut butter cups." Goldstein then suggested starting at the "Reese's" entry and then following the "see also" reference to "Hershey."

"This book is so vast," she said. "It is a wonderful book for dipping into and it's actually a great conversation starter. There are so many tidbits embedded in it in addition to its comprehensive look at culture and history."

Some of the off-beat tidbits that stood out to Goldstein when she was editing the book include learning about castoreum — a fragrant food additive that comes from castor sacs at the base of a beaver's tail.

"It was just eye opening," said Goldstein, of learning about the yellowish liquid beaver's discharge from their cloacal opening to mark their territories. "Since the 1920s, it's been used as a flavoring ingredient and is commonly used as vanilla substitute."

But the history of sugar is not all lollipops and gumdrops. Goldstein said she couldn't ignore the bitter side of all things sweet — exploring the history of addiction, slavery, and stereotypes and racist imagery tied to sweets.

"The book is about delight and it's about pain, especially when you look at sugar plantations," she said. "It's about human existence."

Goldstein said she worked hard to make sure the book is accessible to all readers — no matter where what their sweet tooth gravitates toward, there is really something for everyone in the book, she said.

"I want people to take away the understanding of the incredible pull of the sweet in human evolution and history," she said.

When asked what her favorite sweet is, Goldstein hesitated for a few seconds before answering.

"I've been brooding about this question," she said. "It is so mood dependent, but if there were one thing I absolutely adore it's really good marzipan."

Then, after a few more seconds, she revealed she also has a "terrible weakness for M&Ms."

"The Oxford Companion to Sugar and Sweets" is available for purchase on Amazon and at all major book retail stores.