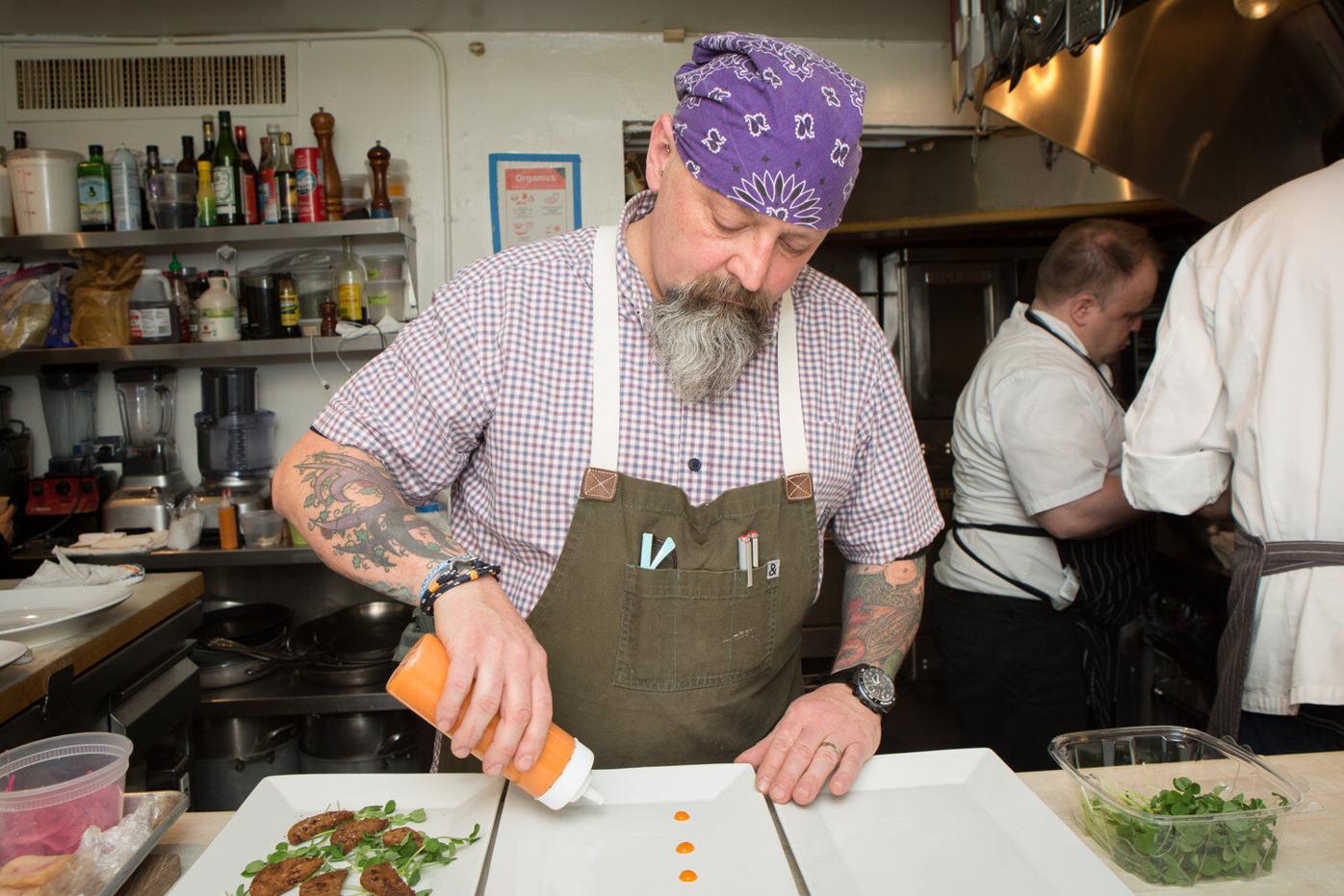 Brian Alberg was recently a participant at a Berkshires-themed dinner featured in New York City by the James Beard Foundation. 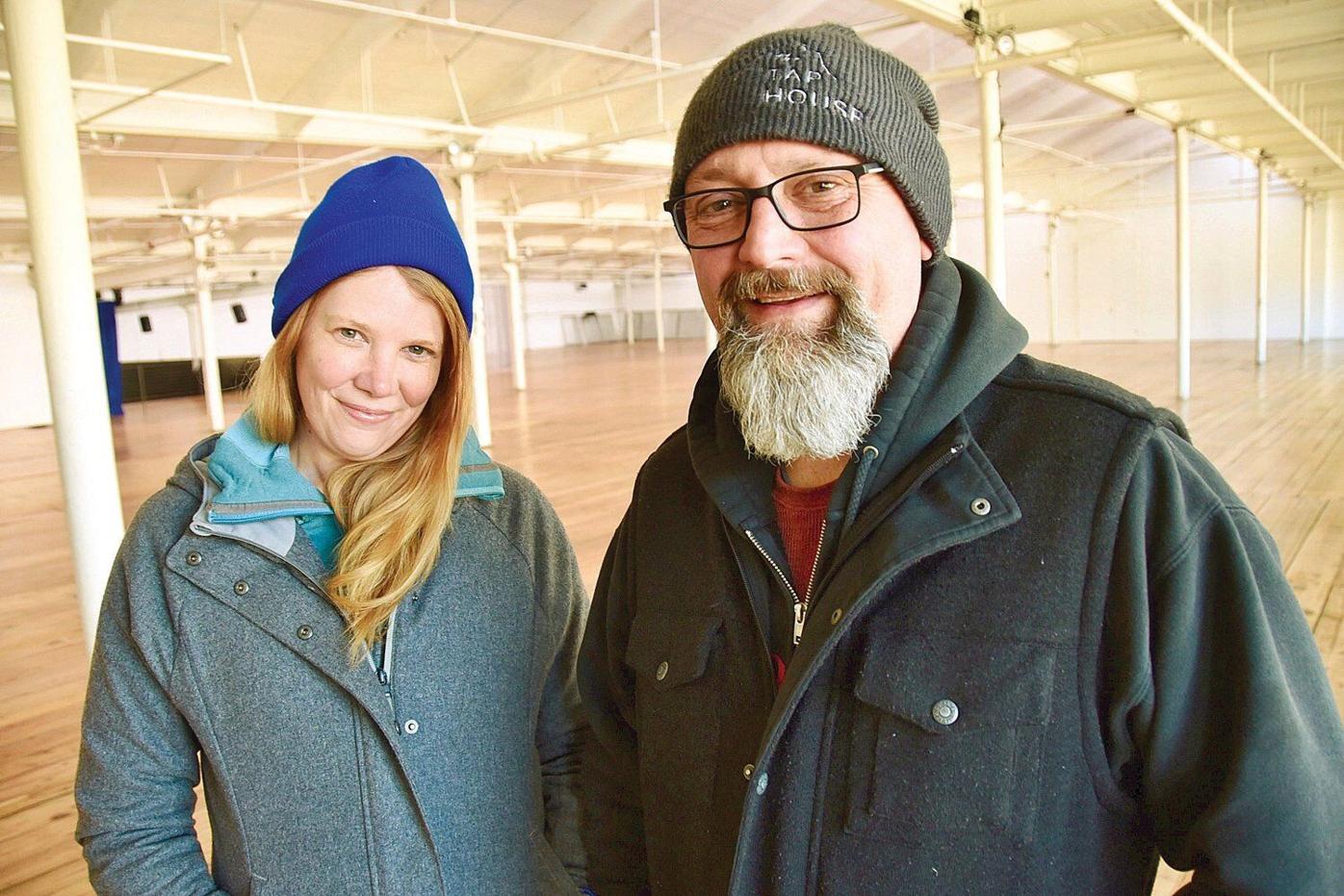 Brian Alberg was recently a participant at a Berkshires-themed dinner featured in New York City by the James Beard Foundation.

NORTH ADAMS — Greylock Works, already home to a number of businesses and services and well-known as an event space, is pushing hard toward the opening of a new restaurant.

The eatery, The Breakroom at Greylock Works, will be helmed by Brian Alberg, a well-known chef in the Berkshires, in partnership with colleagues at Main Street Hospitality, where he works as vice president of culinary development.

The restaurant's opening is scheduled for July. In the meantime, crews are busy outfitting the raw restaurant space in a decor that will reflect the industrial history of the building and the region.

Alberg, who hosted the "Rooted in the Berkshires" at the James Beard Foundation in New York City with seven other Berkshire County chefs last Friday, said the new restaurant will offer vegetable entrees as the main dish, and protein offers such as salmon, pork, poultry and beef as side dishes. The menu will be seasonal.

Helping out with on-site management and in charge of baked goods will be Amanda Perreault, who also will operate a related wholesale business that will sell baked goods to other restaurants in the region.

The Breakroom will seat about 40 people at the bar and several tables. There will be additional seating in the corridor of the Mill just outside the eatery, and more seating in an open-air vestibule in back. Ales, cocktails and wine will be served.

The new restaurant is next door to a producer of hard cider, at The Berkshire Cider Project, and down the hall from a distillery — The Distillery at Greylock — that is focusing on producing rum and gin.

Across the building, in the former Weave Shed, which is now an event space, there is a commercial kitchen and classroom space for test kitchen activities, training, and food-centric forums.

Alberg said much of the baking will take place there.

He added that the main focus on procurement of foods will be from local farms and production facilities. The plan is to be open for breakfast, lunch and dinner. Special events and guest chefs also will be part of the operation. Breakfast foods will be served all day, Perreault noted.

"Food has been a central focus of our mission since the beginning, and Brian is well-known in the Berkshires and in the Hudson Valley in New York, so, this is a perfect fit," Perry said.

Perry and Latent Productions architect Karla Rothstein purchased the former Cariddi Mill, which dates to the 19th century, in 2015 for $749,000, with an $18 million renovation plan.

There are a number of other offices and makerspaces in the Studios section of the 240,000-square-foot mill.

And in the four-story section on the western end of the mill, conversion into 51 apartments and condominiums is underway. The living spaces will range from just over 800 square feet to more than 2,300 square feet.

The mill already has become popular for hosting weddings and other large events, including dance parties and banquets.

Perry said they already are booking weddings into the 2021 season.