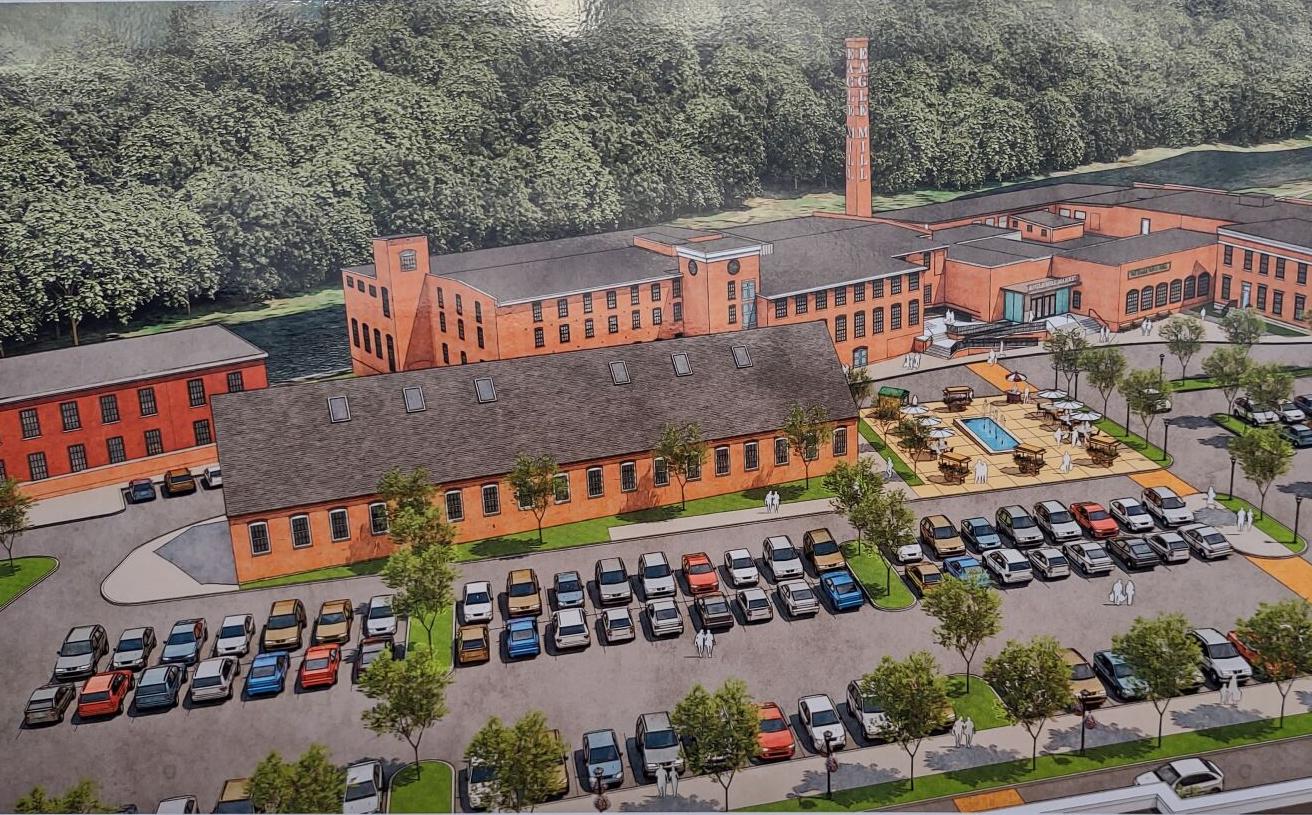 An architect's rendering depicts an aerial view of a redeveloped Eagle Mill in Lee. 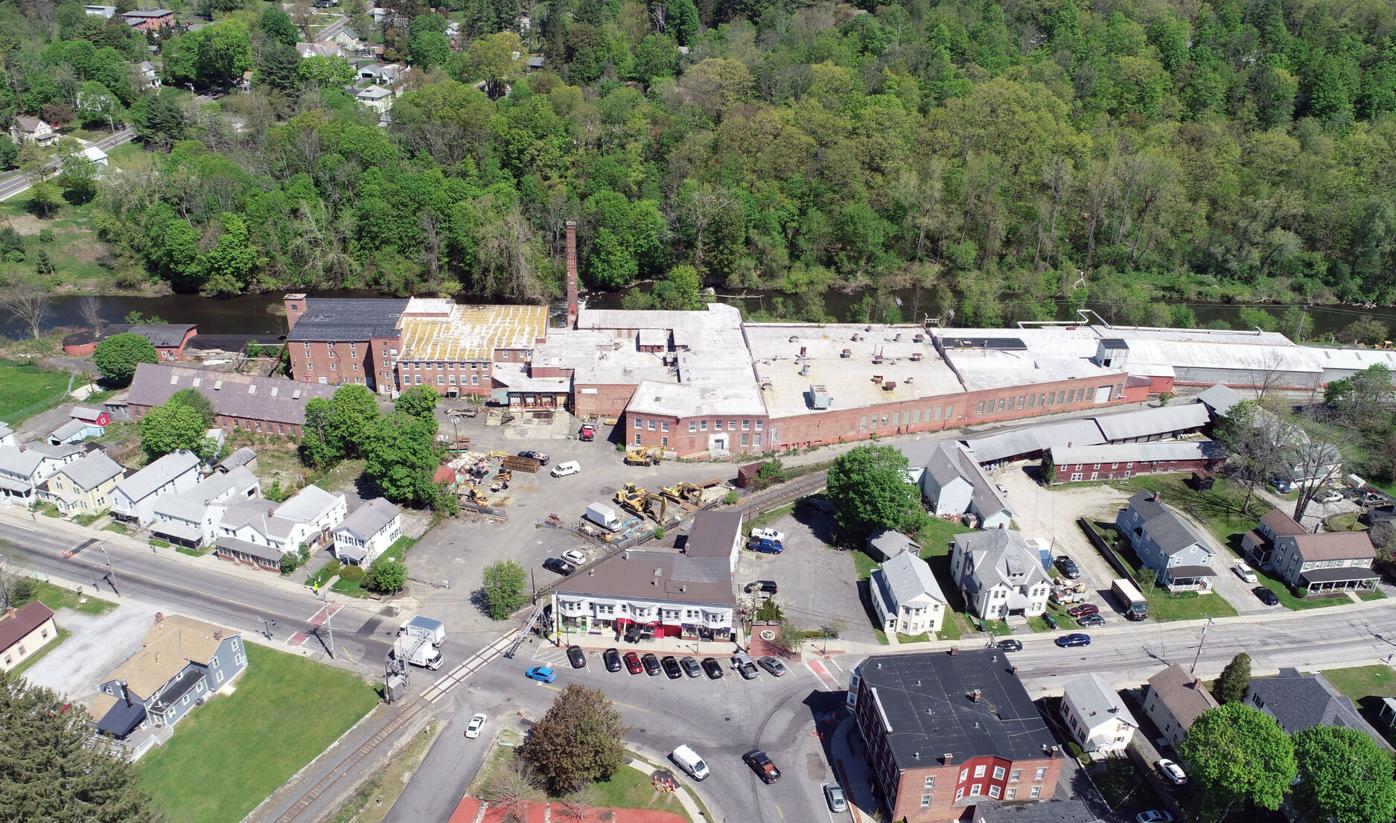 Eagle Mill Redevelopment officially broke ground Wednesday at the dormant Eagle Mill in Lee for a mixed-use complex. Central to the project is the 122 mostly affordable units intended to bolster the workforce. 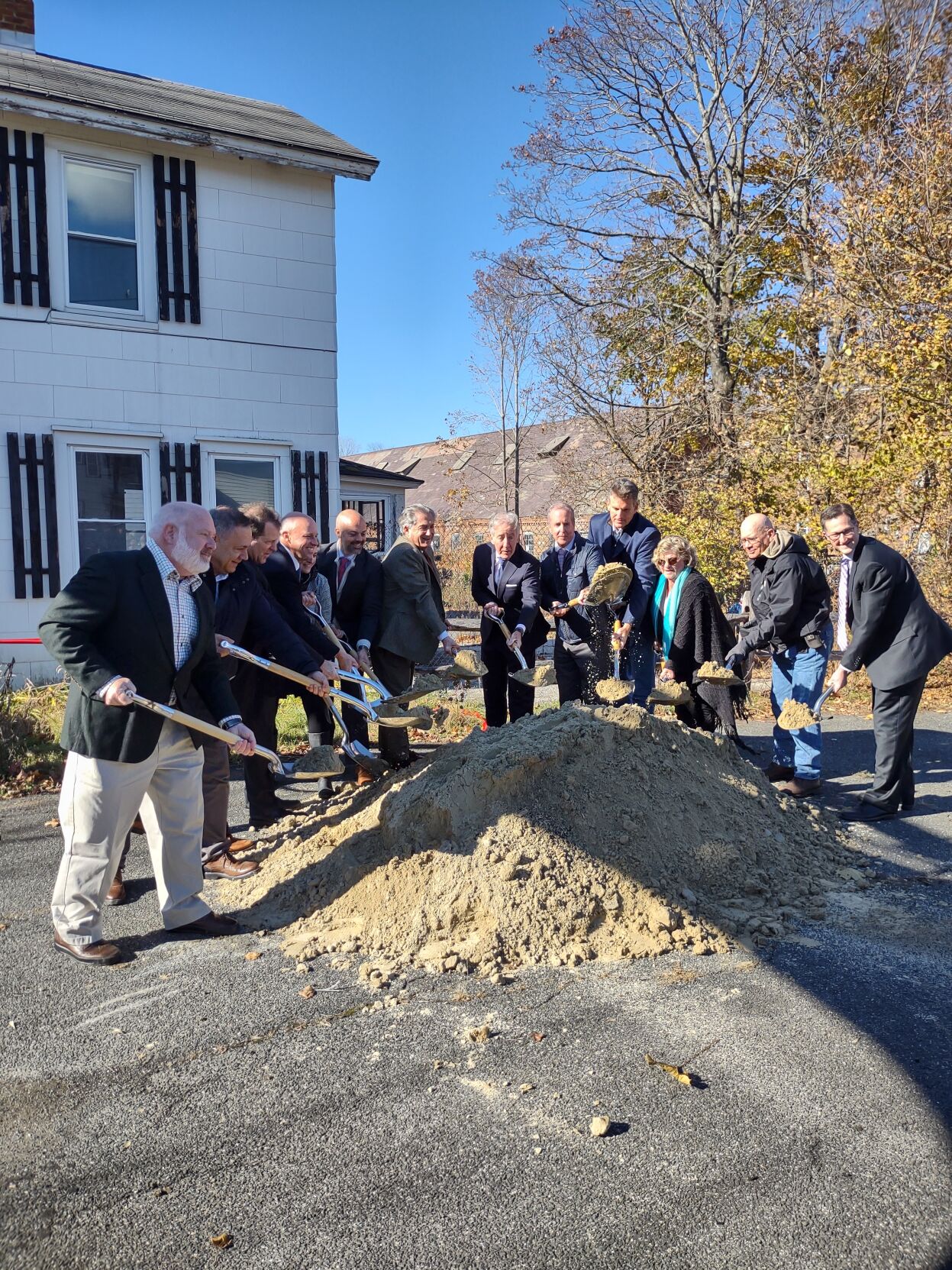 U.S. Rep. Richard Neal, D-Springfield, center, leads state and local officials in a groundbreaking ceremony Wednesday for the redevelopment of the Eagle Mill in Lee.

LEE — The $60 million Eagle Mill redevelopment could be a catalyst for affordable housing in the Lee area and throughout Berkshire County.

But, that housing needs a huge infusion of taxpayer money to get built.

That was the assessment of federal, state and local officials Wednesday, during a ceremonial groundbreaking for the revitalization of the dormant Eagle Mill paper-making complex that dates to 1808.

Central to the mixed-use project are the 122 mostly affordable units intended to bolster the workforce.

“This will bring people to our area by creating a new town center and more interest in this end of town,” real estate broker Michael Sorrentino said before the speeches from political and government dignitaries.

For more than 50 years, Sorrentino’s family ran Joe’s Diner on the north end of Main Street, an eatery that was popular with the millworkers.

While actual construction is weeks from starting, Lee Chamber of Commerce Executive Director Colleen Henry noted that the gathering at the 6-acre mill complex on West Center Street showed the project is becoming a reality after nearly of decade of planning, revisions and government red tape.

“People can see we’re moving forward and making progress,” Henry said. “It’s of vital importance to provide housing in Lee and the Berkshires and retain workers.”

Jeffrey Cohen, principal of Eagle Mill Redevelopment, said work on the site is weeks away, pending receipt of a letter from the Massachusetts Department of Housing and Community Development that will allow the project to move forward.

The first step is removing five vacant residences and one former business that front the mill property on West Center Street.

Tax dollars a must

U.S. Rep. Richard Neal, D-Springfield, said at a gathering under a tent pitched on the mill macadam that Cohen and his partners have taken a risk to improve the local economy — a risk the federal and state governments were willing to share.

“To bring these buildings back to life, to generate taxes, you need government assistance,” said Neal, who is chairman of the House Ways & Means Committee.

In July, the Berkshire Housing Development Corp. and Rees-Larkin Development from Boston received $16.3 million in state and federal money to create 56 mixed-income rental units in two of the historic buildings, as part of the project’s first phase. In addition, the developers have received a total of $8.9 million in historic tax credits, with more state credits possible.

Rudzinski noted that the 56 units being built in Phase 1 will cost $26 million — 88 percent funded with state and federal money.

In all, the mixed-use project will have 122 apartments; an additional 66 will be located in newly constructed buildings on the eastern portion of the downtown property. In addition, six condominiums will be built on-site along the Housatonic River.

Phase 1 includes the Eagle and Union mills and the renovation of the 160-year-old machine shop that will be leased to The Marketplace, which has cafes in Sheffield and Great Barrington and operates a catering business.

Phase 2 calls for leveling the 1960s-style section of the factory on the east side of the property and erecting the new apartment building.

The final aspect of the project is a new, mixed-use building fronting the machine shop with commercial space on the first floor and approximately 24 apartments on the upper floor. Cohen says that commercial space could be a future marketplace, if one is viable financially.

Once completed, the project could further bolster an already vibrant downtown business district, the focus in recent years being on the south end of Main Street.

“This is critical to the north end of Main,” said Scott LePrevost, owner of Henry’s Electric. “The [Eagle Mill] has been a blight for too long and, hopefully, we can tie the whole Main Street together.”

“This is one project that hits the sweet spot,” added state Sen. Adams Hinds, D-Pittsfield, during the event’s concluding speech. “We want to develop projects that have more people walking the downtown.”