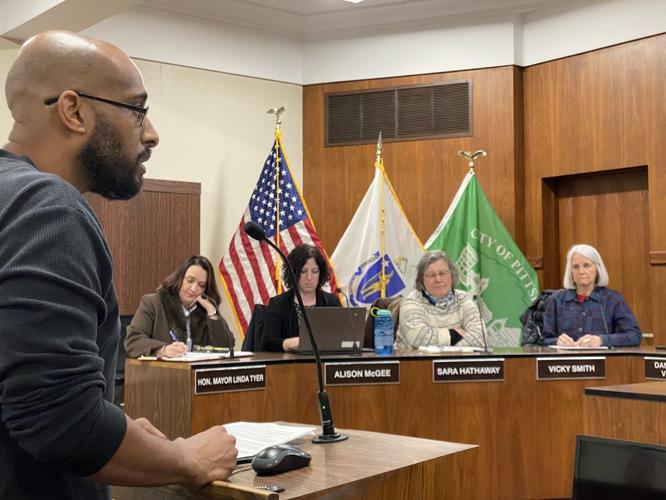 Marcus DuRant, a member of the Pittsfield Federation of School Employees, told the School Committee that low pay has kept the district understaffed and "made the conditions in our schools both unfavorable to learning and unsafe." 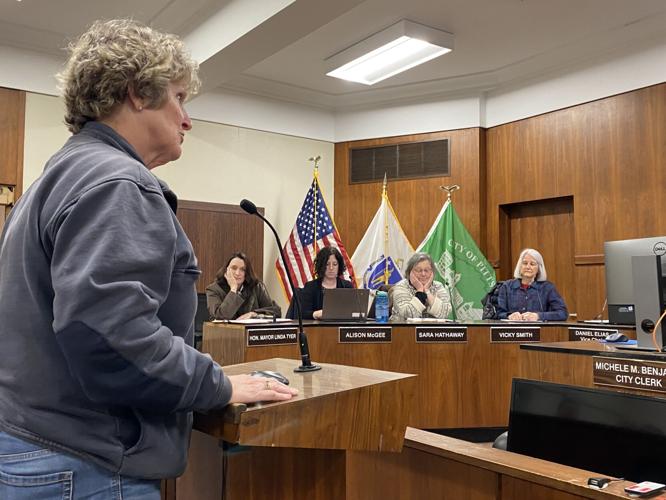 At Large City Councilor Karen Kalinowsky spoke passionately about her time working with paraprofessionals, bus drivers and cafeteria workers as a former school resource officers. She told the school committee to meet the demands of the PFSE and reevaluate district spending.

PITTSFIELD — A budget proposal from Pittsfield Public Schools would increase the city funded portion of the district’s budget by more than $5 million, to $72.3 million, in fiscal year 2023, an increase of 7.56 percent.

Budget documents presented to the School Committee this month show that most of that money — about 83.5 percent — would go toward salaries.

Those salary increases, in large part, reflect the impact of two new three-year contracts arranged by the Pittsfield Educational Administrators Association — which represents deans, principals, assistant superintendents, school psychologists and adjustment counselors — and by the United Educators of Pittsfield — which represents teachers.

Superintendent Joseph Curtis said during a school committee meeting on March 23 that the new contracts represent $4.7 million of the current budget proposal.

“That increase is not typical of any recent time,” Curtis said.

Some salaries, though, remain in flux. The Pittsfield Federation of School Employees, the union which represents paraprofessionals, bus drivers, custodians, cafeteria workers and secretaries, is unhappy with its contract negotiations.

Over the course of the last month, members of the PFSE have brought their frustrations over contract negotiations to the forefront of school committee meetings focused on shaping the 2023 budget.

On Wednesday night, union members decked in red and holding posters with messages like “We have a right but should not have to fight for fair wage pay” filled the city council chambers for a public hearing on the district’s budget.

The hearing, which was essentially an open microphone for feedback on the budget, was dominated by comments asking for greater pay for union members.

Corrine Keegan, the cook manager at Capeless Elementary School, told the committee she works 70 hours over multiple jobs to make ends meet and is unable to support her family on her PPS wages alone.

“In the end are our families who are already suffering and who have been made to suffer even more,” Keegan said.

“We stand before you stronger than ever, united in the belief that we should all be treated equally with fairness, with dignity and with respect,” Keegan said. “We are Pittsfield. What we do matters — our families matter.”

Under the last set of contracts for union members which expired in June, a cook manager in Keegan’s position makes between $15.57 and $18.62 an hour. Other positions make far less.

Dozens of union members have come before the school committee to detail the decisions their families have had to make to cut costs and make their salaries stretch. Members talked about eating ramen noodles, putting off buying new clothing for their children and being unable to pay for needed medical treatments because of their wages.

Union members say there’s still a $690,000 difference between what the district is proposing and what the union is asking for over three years. Members have said it would take the district adding an additional $65,000 to the current budget proposal to meet the union’s pay requests for next year.

The $72.3 million draft budget represents a more than 7.5 percent increase in the money the district is asking from the city.

“While this demand does not get us to a living wage, it does move the needle in the right direction,” PFSE member Marcus DuRant said Wednesday night. “It also puts the support staff of Pittsfield Public Schools on similar footing with other employees who work for the city of Pittsfield.”

While numerous parents and community members have come to recent meetings to support the union’s requests, the most notable show of the support came from At Large City Councilor Karen Kalinowsky.

Kalinowsky, a former school resource officer at PPS, said her time in the district had shown her that the union’s requests were more than reasonable.

“You guys really have to think about where we’re investing money — and you’re investing a lot,” Kalinowsky said to the School Committee. “You’re asking a lot this year and I just don’t see where that growth is being used wisely.”

“These people are worth what they’re asking” Kalinowsky said of the union members.

Kalinowsky and her peers on the City Council will have their chance to weigh in on the PPS budget later this spring.

Pittsfield public schools and an employees union have been in contract talks for months. They're asking the state to help mediate

The PFSE, which represents paraprofessionals, bus drivers and attendants, cafeteria workers, custodians and educational secretaries, and the Pittsfield School Committee have been in contract negotiations since last summer. Now both sides are asking for a state provided mediator to step in to the process.

The Pittsfield School Committee approved its fiscal 2023 operating budget in a vote of 6-0 Wednesday night. The budget allocates most of its $73 million to staff salaries, rising transportation and material costs and a program to end the student athletic fee.