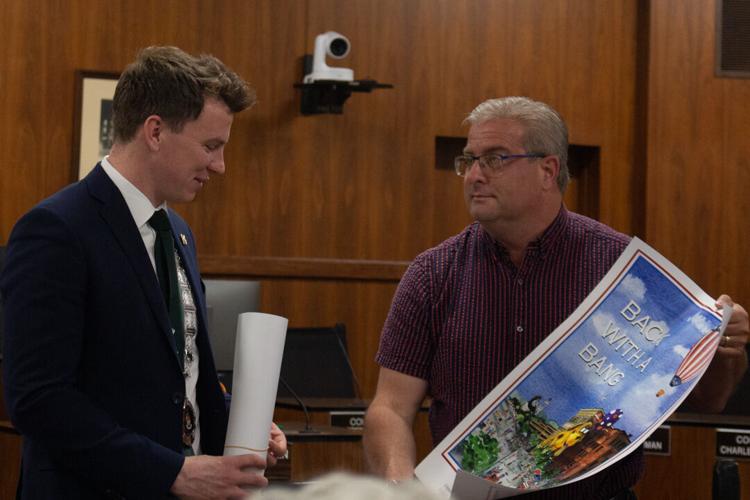 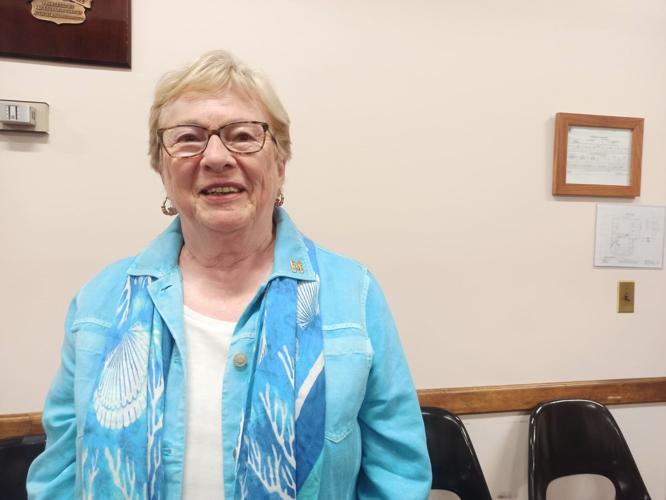 Anne Gagnon, a longtime member of Pittsfield's Sister Cities committee, has been to Ballina about 30 times. 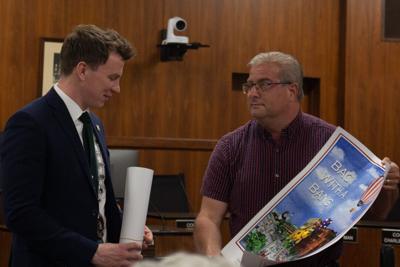 What: Next year, Pittsfield and the Irish city of Ballina will celebrate the 25th anniversary of their Sister Cities relationship. In 2023 Ballina will also celebrate 300 years since its formal establishment. This week, a delegation from Ballina came to Pittsfield to check in on their partner. They joined for a reception.

“We are towns of similar sizes, opportunities and challenges,. Ballina is now focusing on revitalizing the town center, fostering biking, making the city more walkable and attracting families.”

COVID-19 postponed some Sister Cities events. Mark Duffy, mayor of the Ballina Municipal District, said he looked forward to reigniting the relationship. Duffy extended an invitation to his city’s Pittsfield partners to attend Ballina’s 300th anniversary celebration, which will happen throughout the year.

Where: Pittsfield’s City Hall Council Chambers. Ballina is about 145 miles northwest of Dublin.

Why: Sheila Barry Marinaro, an attendee whose mother was Irish, fondly recalls a trip she took to Ballina in 2016. “It was a beautiful trip, the people made me feel so comfortable,” she said.

Anne Gagnon is a member of the Sister Cities committee who was involved with finding a city to partner with in 1994. She remembers receiving a letter from the city of Ballina and realizing what a great fit would be. Gagnon said she is excited to continue working to deepen the cultural exchange.

PITTSFIELD — It's been less than a month since Councillor Michael Smyth was elected to the position of chair of the district council in Ballina, a small town on the River Moy in Western …