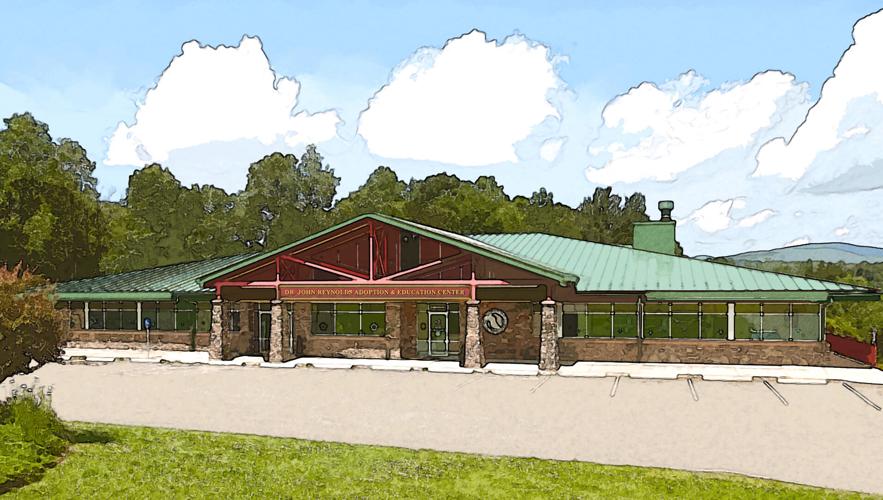 The Berkshire Humane Society will rename its Barker Road facilities after the late veterinarian Dr. John Reynolds this spring. 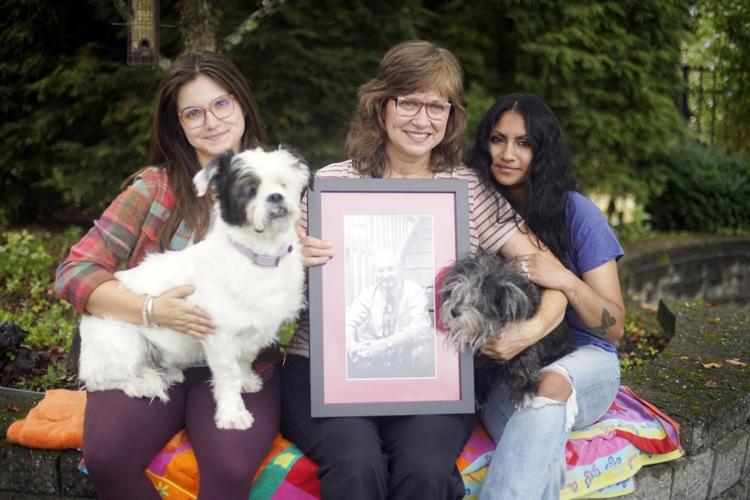 Julia, Valerie and Ceci Reynolds pose with a photograph of the late veterinarian Dr. John Reynolds. Reynold’s daughter Sonali was unable to be in the photo. The Berkshire Humane Society is renaming the animal shelter after Dr. Reynolds. 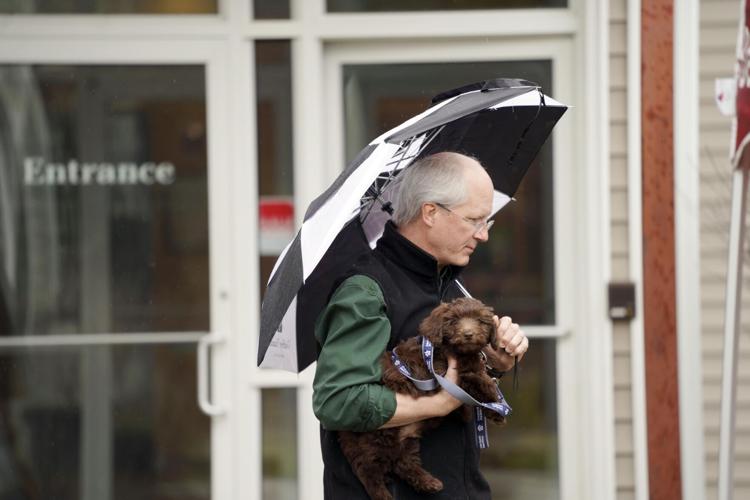 BEN GARVER — THE BERKSHIRE EAGLE Dr. John Reynolds of Pittsfield Veterinary Hospital on West Housatonic Street brings a dog out to its owner after treating the animal, Pittsfield, Mass., Friday, April 3, 2020. Due to the COVID-19 pandemic, the Pittsfield Veterinary Hospital will not allow people in the facility, but it is taking patients. Techs and veterinarians speak to owners outdoors at a safe distance.

PITTSFIELD — For the better part of three decades, the late Dr. John Reynolds split his time between the local vet practice and the pet facility he built on a Pittsfield hill overlooking his beloved Berkshire County and the Berkshire Humane Society.

Reynolds — often decked out in a festive tie — was always the first call for John Perreault, the shelter’s executive director, and his staff whenever things got tricky with a dog, cat or other animals that make up the menagerie at the humane society.

How to contribute to the John Reynolds Challenge

To contribute to the Berkshire Humane Society as part of the John Reynolds Challenge visit berkshirehumane.org/drreynolds for donation information.

In December, Reynolds died after a kayaking accident on Richmond Pond. When his family came to the Berkshire Humane Society with a gift of $500,000 in Reynolds’ honor, Perreault said the group decided to present the family with a gift in return.

“He was an amazing man,” Perreault said of his friend. “After thinking long and hard, to me, there was really only one thing amazing enough that comes close to hopefully describing or talking about the man that I knew,” Perreault said. “For me, the most amazing thing we could do is put John’s name on our building.”

This spring, the group will rename the building on Barker Road the Dr. John Reynolds Adoption and Education Center, celebrating the man who cared for thousands of families and their animal counterparts over his 26-year career in the Berkshires.

The donation from the Reynolds family — John’s wife Valeri, daughters Julia, Ceci, Sonali, mother Phoebe, brother Thomas and sister Sharon — kicks off what the humane society is calling the John Reynolds’ Challenge, a call to action to the community to match the family’s donation.

The Reynolds donation brings the balance of the society’s fundraising effort, dubbed the Forever Families fundraiser, to $2.6 million. With the community match, that figure would reach $3.1 million, about $400,000 shy of the goal.

The campaign creates a $1.5 million endowment for the shelter and helps fund a major renovation of the building that will create a dedicated wellness suite, a feline SafePet room, an outdoor classroom space and improve the building’s community cat center.

Among the programs being funded by the campaign is a medical clinic for low-income pet owners. Perreault said that’s a program Reynolds would have loved.

“I think really what John stood for is what this shelter really stands for,” Perreault said. “His name represents who we are and what we stand for.”

Reynolds was the kind of vet who would stay up all night with a sick patient, slouching in an exam room chair next to a bag of fluids as he watched over the pet healing in a cage. If he did sleep, it was only after rearranging the cushions from an exam room couch in front of his patient, his family said.

“He never thought anything about it,” his wife Valeri Reynolds said. “It was what he had to do.”

Sleeping on the floor of his practice, the Pittsfield Veterinary Hospital and Shaker Hill Pet Resort, Reynolds embodied the spirit of the man who drew him into veterinary medicine — Dr. James Alfred Wright, the British vet who penned the book “All Creatures Great and Small” under the name James Herriot.

“His two big things: helping the community [and] making sure his staff had good jobs and they were taken care of,” Valeri Reynolds said. “Of course, the pets came into that — but it was almost like he cared about the people, and so therefore cared about the pets.”

At home, Reynolds was known as “Dad, Dad, the breakfast man.” He found time, sometimes on four hours of sleep, to serve up a hot morning meal for his daughters and wife.

Valeri Reynolds said her husband couldn’t go anywhere in the county without running into a patient. If he wasn’t talking about a beloved family pet, he’d be chatting with the people he met about his latest kayaking trip, hiking endeavors or the rock wall he was building.

The veterinarian built his practice up from its start on the first floor of a home the family still warmly calls the “Housie house” to a 10,000-square-foot facility that crests a hill in southwestern Pittsfield.

When he landed in the Berkshires in 1996, one of Reynolds’ first calls was to the newly formed Berkshire Humane Society.

Perreault said that when Reynolds visited him in the shelter’s old building, the basement of an old cow barn, he introduced himself and asked, “What can I do to help?”

JoJo, one of 4,000 beagles rescued from a Virginia lab, finds a new home at the Berkshire Theatre Group

JoJo, a 4-month old beagle, is the newest member of the Berkshire Theater Group family. She is one of nearly 4,000 beagles rescued from Envigo, a Virginia facility that bred and sold animals for lab experiments in the biotechnical and pharmaceutical industries. Now, she spends her mornings helping her "mom" at the Pittsfield theater.