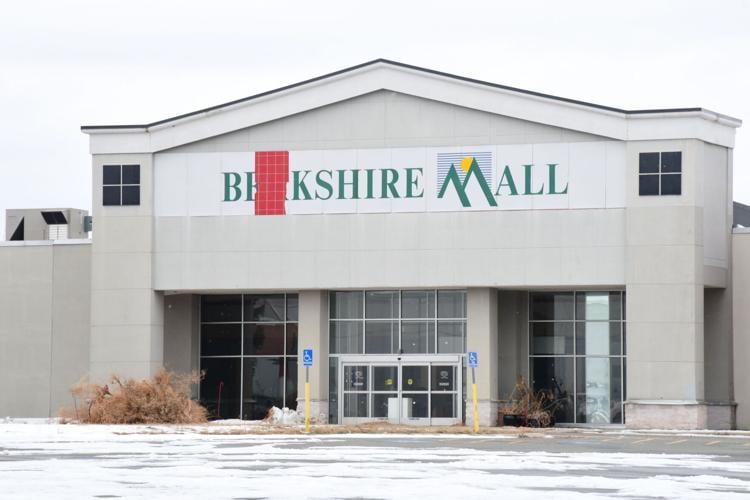 If a deal goes through, a network of  indoor cannabis farms could replace long-gone commerce at former anchor stores at the Berkshire Mall. 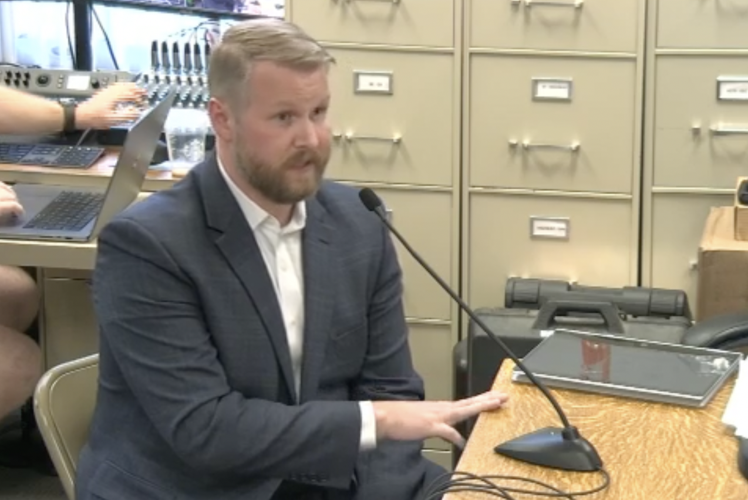 Blake Mensing describes his group's business plan for the Berkshire Mall to members of the Lanesborough Select Board. "I am a pretty risk-averse guy by nature," Mensing said. "I am very confident that we can get really responsible operators in there for the [spaces] we're going to sell. I know myself. I know our team. We are committed we have industry experience, we have operational experience." 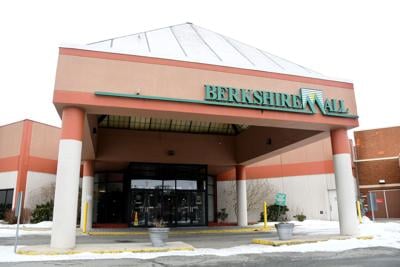 LANESBOROUGH — A network of indoor cannabis farms is poised to replace long-gone commerce at former anchor stores at the Berkshire Mall.

The Lanesborough Select Board this week agreed to begin negotiations for a Host Community Agreement with JMJ Holdings Corp., a Massachusetts outfit that seeks to buy the shuttered mall and build out its former commercial spaces as cannabis farms.

Blake M. Mensing, the “M” in the corporation’s name, told officials in Lanesborough that he and partners are close to acquiring the mall. They plan to transform old stores into high-tech zones for cannabis cultivation by other parties attracted to a project that’s already obtained permits and licenses.

“You know, we’ve got the money lined up to close, we’re ready to close,” Mensing told the board Tuesday. “If we’re fortunate enough to get a green light to negotiate an agreement, we’ll close in the relatively near future.”

On Friday, a sale of the mall property for $8 million was recorded. The seller was Durga Property Holdings Inc., which has owned the mall since 2019. The buyer is Mehran Namiri-Kalantari of Santa Monica, Calif., according to records filed with the Northern Berkshire Registry of Deeds.

It is not clear from available property records what the relationship is, if any, between Namiri-Kalantari and JMJ Holdings Corp.

Local officials said this week that residents of Lanesborough will have chances to comment on the project down the road, including at a required community outreach meeting that is not yet scheduled, as well as at public hearings during requested zoning reviews.

The board indicated that it had received and reviewed a copy of a purchase-and-sale agreement between JMJ Holdings Corp. and the mall’s current owner.

When asked, Mensing confirmed that the agreement calls for the current owner to hold a mortgage for half of the sales price. He said that kind of financing was preferable to rates available elsewhere. Property records reviewed Friday by The Eagle show that a $4 million mortgage agreement was part of the transaction.

Mensing said the corporation plans to prepare space for cultivation, including the acquisition of licenses for manufacturing and distribution from the state Cannabis Control Commission.

“I am a pretty risk-averse guy by nature,” Mensing said. “I am very confident that we can get really responsible operators in there for the [spaces] we’re going to sell. I know myself. I know our team. We are committed we have industry experience, we have operational experience.”

The corporation’s president and treasurer is Steven Jones, according to records with the Secretary of State’s Office. Joseph Jones serves as a director, and Mensing as secretary. Mensing told Lanesborough officials his law practice focuses on the cannabis industry. He holds an ownership interest in a retail cannabis facility in Holyoke.

The group would seek to find a buyer or buyers for spaces within the mall, once they are staged for operation, and use proceeds from those deals to cover the cost of a continued buildout of the old retail space, particularly the former homes of Sears and Macy’s.

What the Berkshire Mall looks like as Regal Cinemas packs up. It isn't pretty 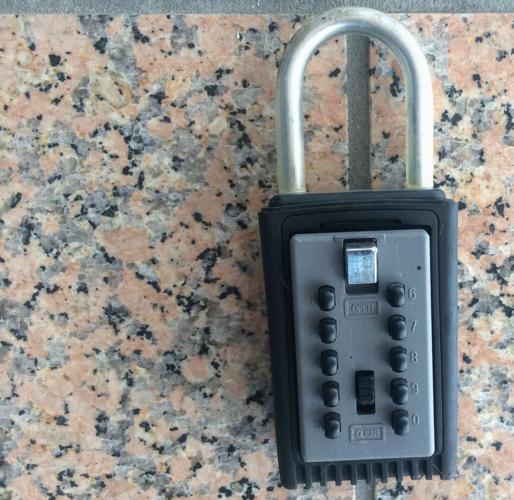 No, the mall is not becoming an Airbnb, but a key holder hangs near one locked entrance. 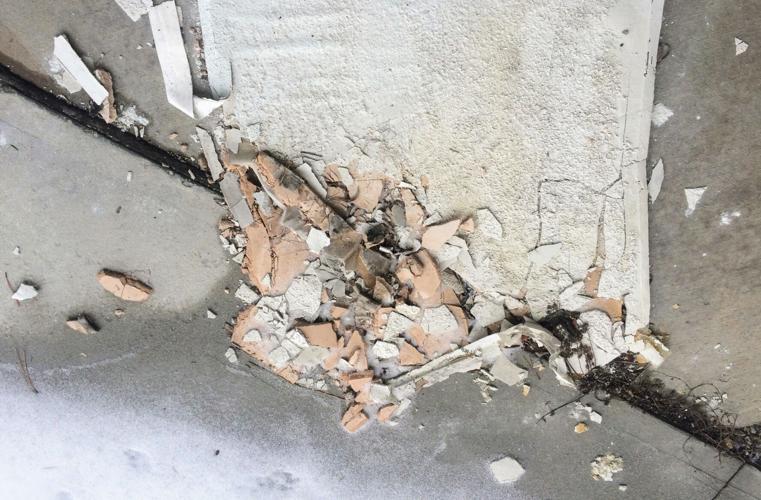 From dust to dust, at the Berkshire Mall.

The view many drivers get of the Berkshire Mall as they drive toward Target, the only business still operating, on its own property. 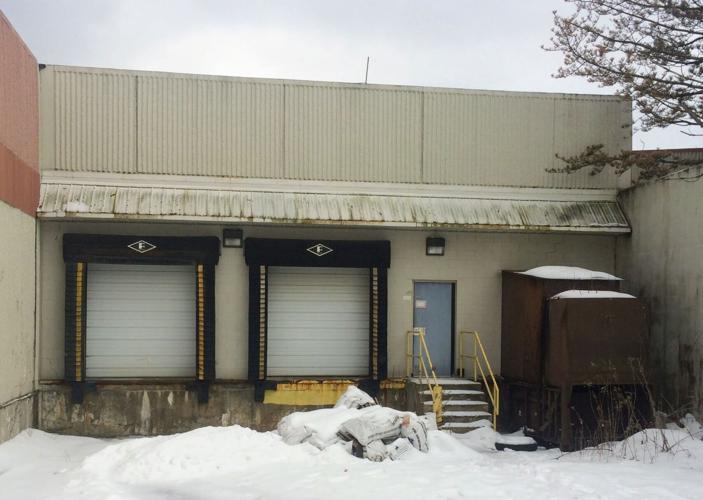 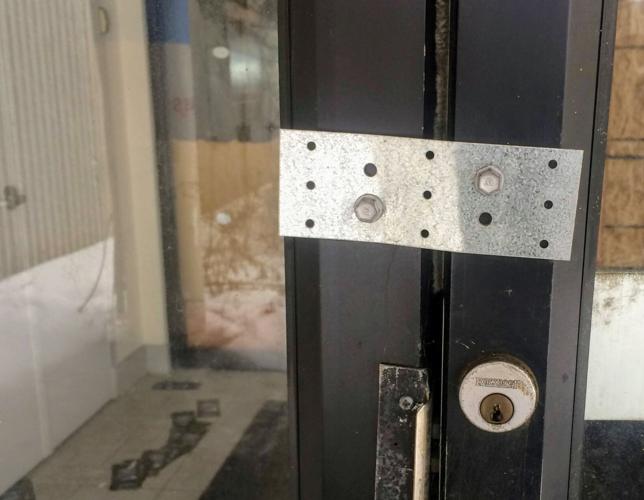 A door near a former Sears entrance. 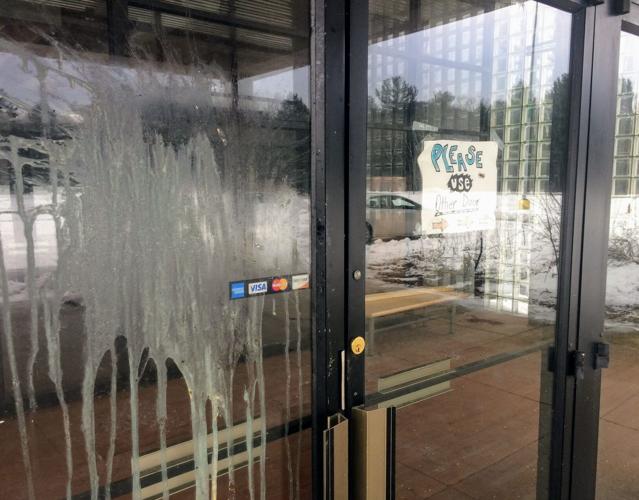 Actually, no other door is in use. 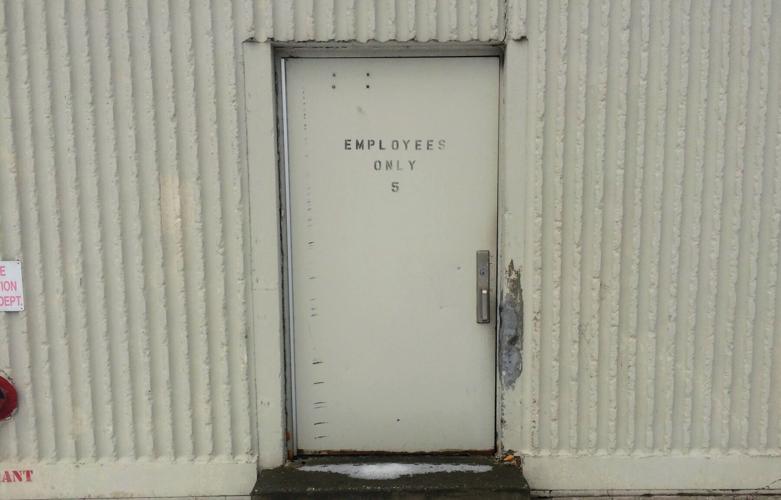 Only staff of the mall itself still goes inside, for the most part. 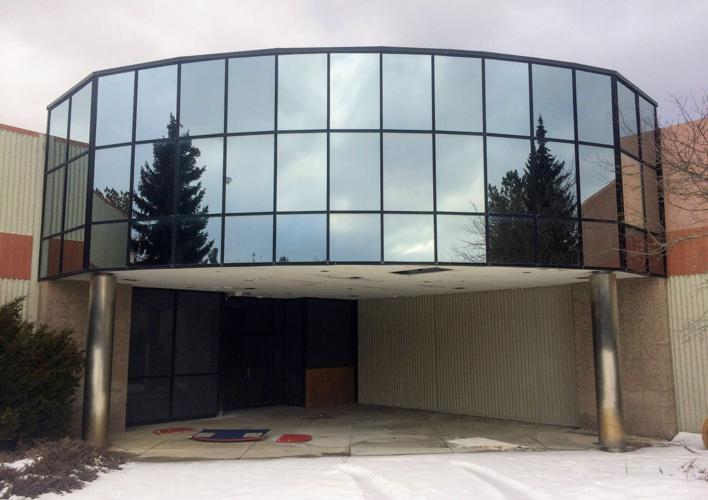 One of the mall's few architectural flourishes remains intact. 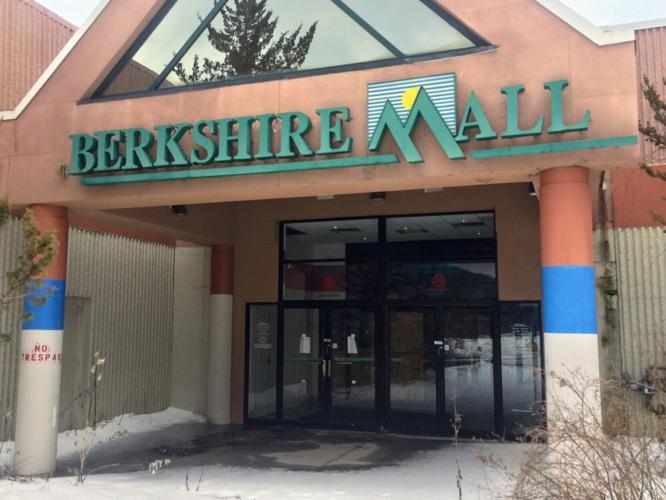 The mall's logo sought to echo shapes of the surrounding hills in Lanesborough. 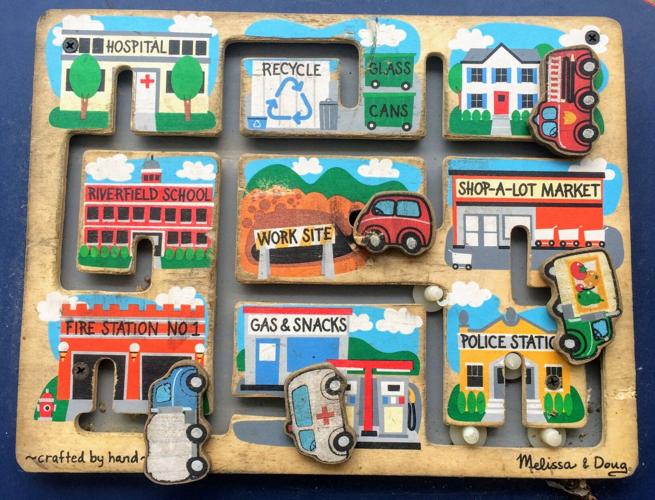 This little puzzle, crafted by "Melissa and Doug," sits outside one barricaded entrance to the Berkshire Mall, with some of the little movable vehicles still attached. 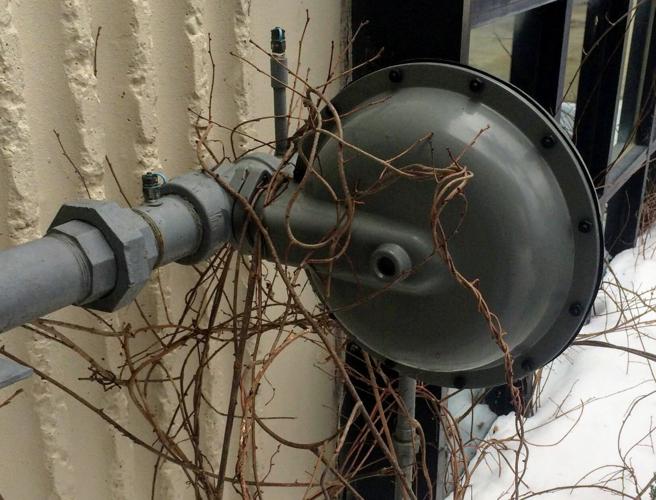 Slowly, vegetation is coming back to the mall's hard surfaces. 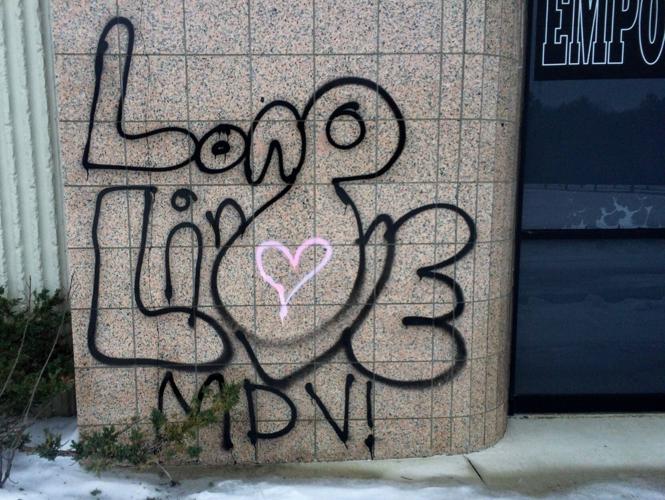 A former entrance on the mall's west side. 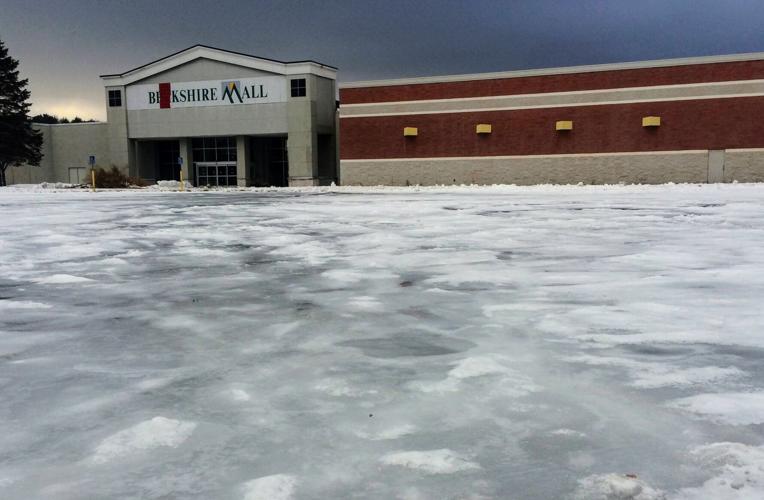 One former anchor store space got a new sign after the tenant departed. 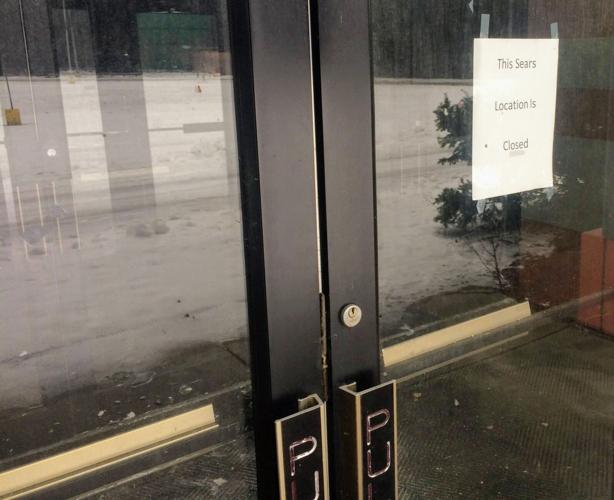 A once-helpful sign now shares information that's news to no one. 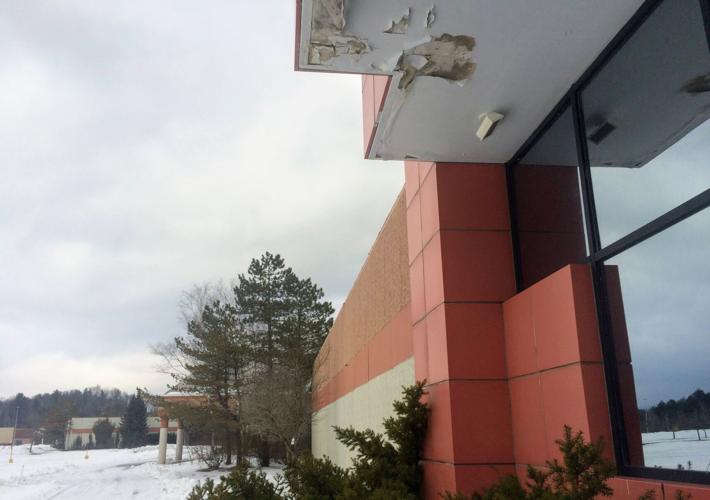 At closed malls around the U.S., properties are no longer dressing for success. 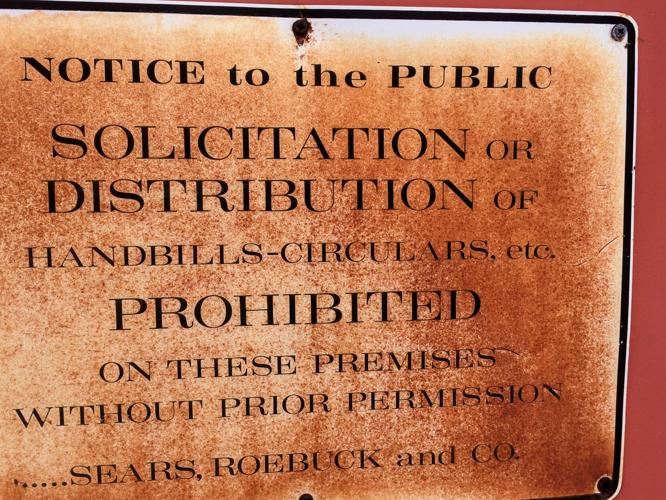 Do people even still call them handbills and circulars? 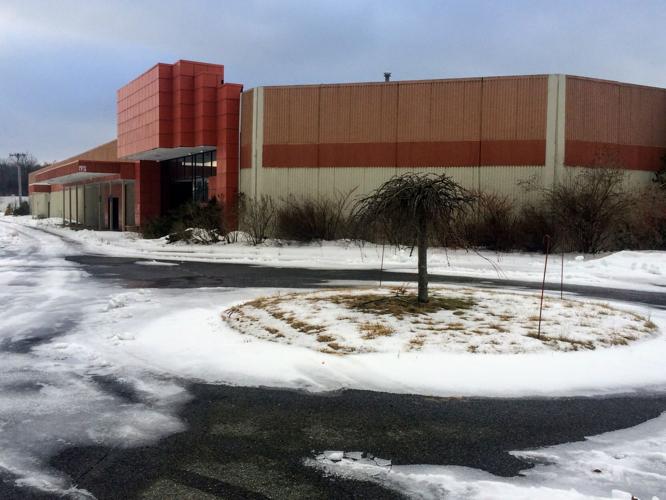 Part of the former Sears space at the Berkshire Mall. 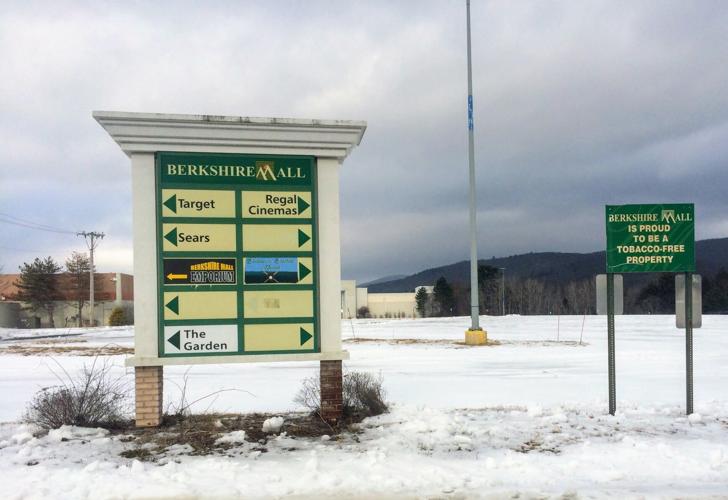 Only Target, operating on its own property, remains open at the Berkshire Mall. 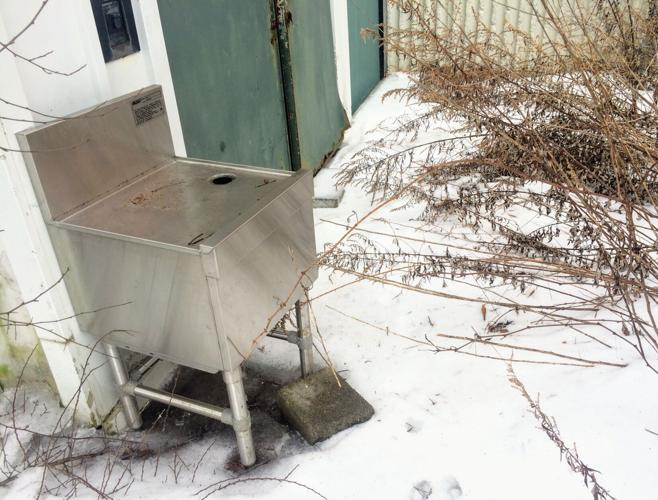 Near the entrance to The Garden, a former restaurant. 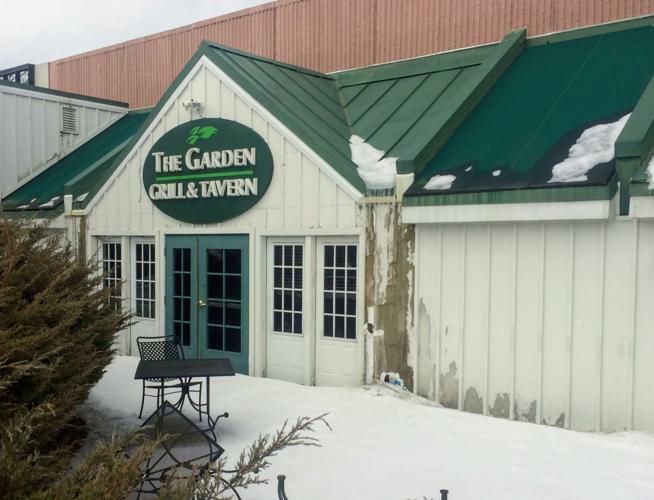 On the west side of the mall, close to the back end of Target. 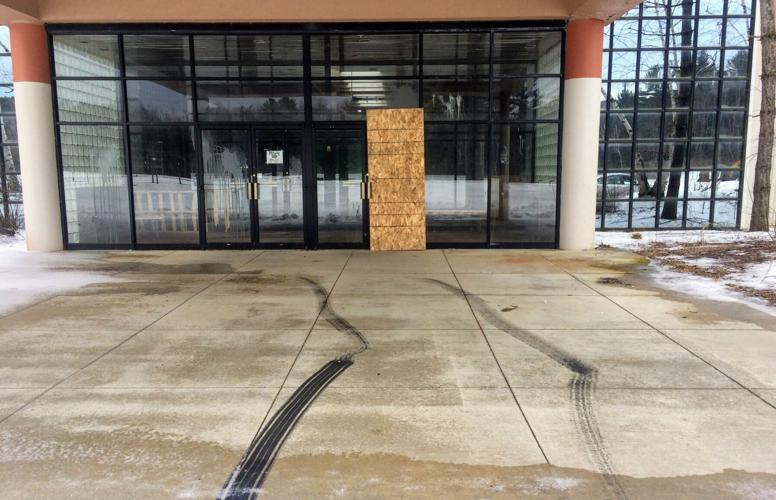 In a hurry to leave? 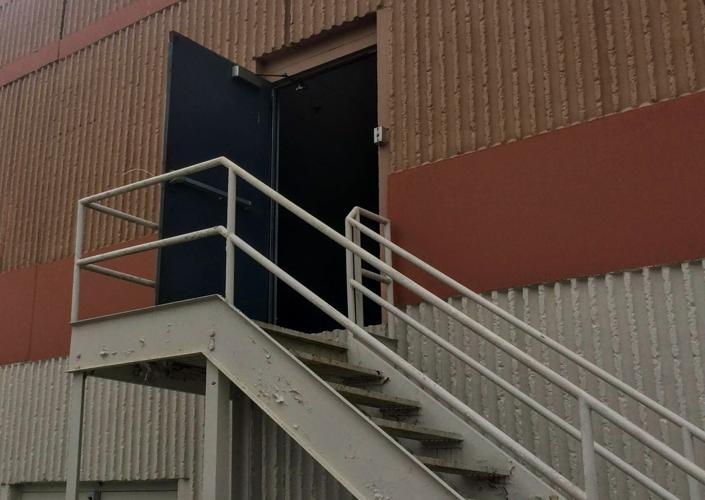 This emergency exit at the Regal Cinemas is now the launch pad above an enormous trash container, as the company pulls out of its mall location. 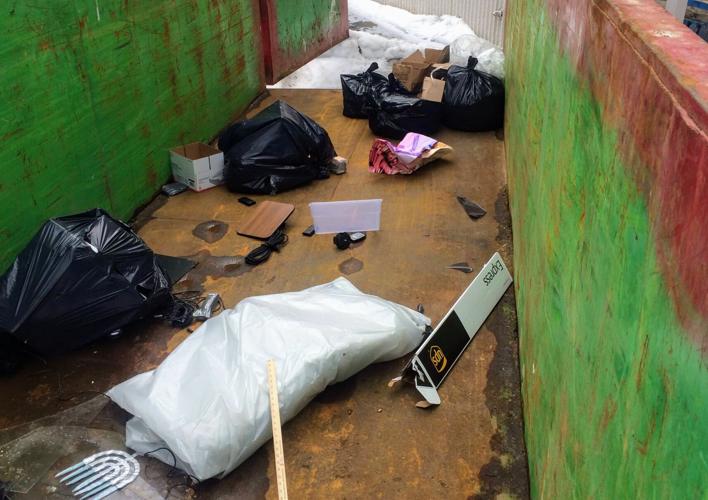 This container has been placed outside the Regal Cinemas, apparently as part of its exit strategy. 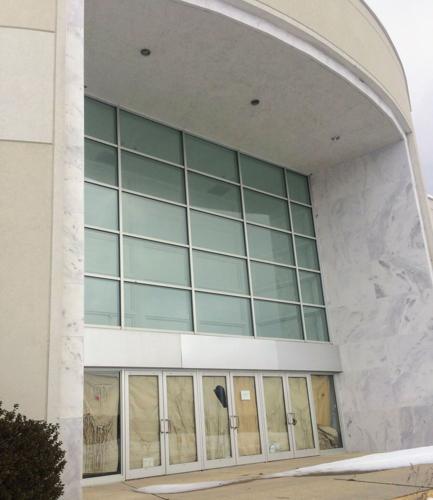 One of the entrances that greeted Berkshire Mall shoppers arriving from the access road linking routes 7 and 8. 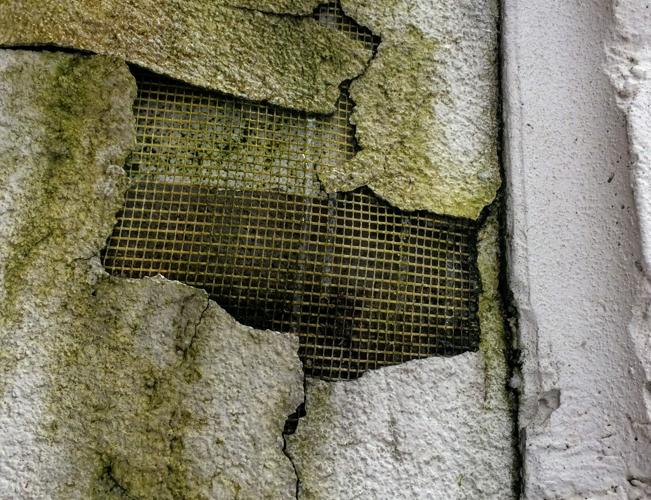 One more winter tests the Berkshire Mall, decades after it opened in 1988. 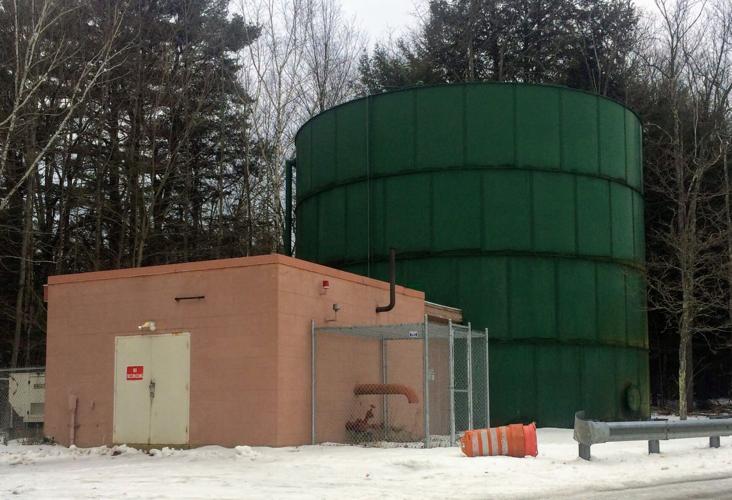 This tower and structure sit alongside an access road on the mall's west side. A leak in the tank that had been releasing 1 to 2 gallons of water per minute, according to an official with Berkshire Engineering, had been repaired.

“I’ve helped buy and sell, I think, 16 licenses now. So it’s something that the state allows,” Mensing said.

“We would aim to sell the Sears and the Macy’s, with basically however much indoor cultivation canopy and manufacturing space they could accommodate,” he said.

He said the outer appearance of the mall would not change dramatically after a conversion into cannabis farming. “It’s going to look largely the same, with a little bit of beautification. You know, probably take the Berkshire Mall sign down, just so we don’t get someone knocking on the door saying, ‘Hey, I want to go to wherever ...’”

The corporation would line up water supplies for cannabis cultivation and consider installing solar panels on the sprawling mall roof system, to supply power for energy-hungry indoor cultivation.

By seeking to acquire licenses for cannabis operations, the corporation would enable companies interested in entering the industry to save time. “It’s usually about 18 to 24 months to opening day,” Mensing said. “The value added is that we’d be saving them about 12 months towards their opening day.”

The company itself would not grow cannabis, at least at first. Mensing said it would apply for a transporter license, “essentially serving as a distributor, and then a manufacturing license.”

Built in 1988, the Berkshire Mall closed in 2019, though Target continues to operate on land it owns. Once Regal Cinemas closed in February, Target was the only business open in the 16.5-acre center off Cheshire Road.

A community outreach meeting is planned for August or September, followed by public hearings related to permitting for any new businesses proposed by the holding company.

Mensing told Lanesborough officials the town would gain from the creation of 100 new jobs, with a local hiring preferred, along with revitalization of an underutilized property.

Select Board Chairman John W. Goerlach had several questions about the indoor growing, including odors. Mensing said activated charcoal filters are used to address odor issues. “The other mechanism that is in the grower’s best interest is to grow [the plants] in a room within a room,” said Mensing. For this practice, the mall’s design would be useful, he said.

“If odors get out, that means pests, pathogens, mold, etc., are getting in. In Sears, for example, there’s room enough and the ceilings are high enough to put a modular system with insulated panels that have their own climate control,” Mensing said.

By locating the cultivation in the former Sears and Macy’s spaces, the facility would be distant from Target and “not step on anyone’s toes.”

What's next for the Berkshire Mall? Maybe family-friendly activities and a restaurant. But first, renovations.

Select Board member Tim Sorrell, the town’s former police chief, asked about security. Mensing said state requirements for cannabis facilities are strict. “These facilities are more secure than banks or pharmacies. They have to have redundant security systems,” he said.

“I have a client out in Arizona who got a letter from the sheriff saying, ‘Thank you for opening a store. Criminals in the vicinity know that block is a no-crime zone, because they’re going to get caught on that facility’s cameras,” said Mensing. “The only facilities that are more secure than these places are places that store uranium.”

One town resident attending the meeting Tuesday felt that the process was being rushed and asked the board to hold off on a vote.

The board considered delaying a decision, but Mensing said that could jeopardize the project.

Henry “Hank” Sayres, a former board member, commented that it could be hard to secure local support, saying Lanesborough residents are attached to the idea of reviving the mall.

Mensing, who lives in Holliston, described himself as a “true believer” of cannabis, which he argued did not deserve the stigma.

Before securing the board’s agreement to negotiate a host agreement, Mensing said he is confident the project will advance.

“Really, what we’re asking for is just a chance to try. As I said, businesses fail and succeed. All the time. Nothing’s a guarantee,” he said. “I feel confident that we can be really successful in a compliant manner, to partner with the town to give back. ... We still have to go through the rest of the municipal process and state process and show that we know what we’re doing.”

LANESBOROUGH — A new report charts possible uses of the shuttered Berkshire Mall, all of which embrace life after retail.And, most likely, under new ownership.The 31-year-old site could morph …

The proposal to install a cannabis production facility in the empty sections of the former Berkshire Mall is a great idea and a bad idea, depending who you ask.

The deal that appears likely to transform the Berkshire Mall into one of the largest indoor cannabis cultivation and manufacturing sites in Massachusetts took root this winter. Buyers toured in March. They liked what they saw enough to put down $100,000 in May and sign an $8 million purchase-and-sale agreement.

Our Opinion: A real prospect of new life at the Berkshire Mall

An interested party has purchased the Berkshire Mall for $8 million with a large-scale plan for repurposing and redeveloping it. When the mall…

Mitchell Chapman: It's time to let the Berkshire Mall go

This year marks my 20th year as a Berkshire County resident. Though I was not born here, it’s been home for most of my life, during which echo…