On Thursday, it was Mayor Linda Tyer’s turn to be the gifting official, as she announced the decision to award $5.9 million in ARPA funds to 18 community organizations.

“It feels like such a great joy,” Tyer said. “The applicants were so heartfelt in the stories they told us and the things they imagined for themselves and the people they serve.

“To be able to help them accomplish their vision and their dreams is such a moment of joy and exactly the sort of thing that the American Rescue Plan was intended to do.”

The nearly $6 million in awards represents almost a third of Pittsfield’s planned spending of the first tranche of ARPA money. City officials say they have plans to spend an additional $11.7 million on city-led projects focused on things like a major upgrade to the city’s drinking water infrastructure, sidewalk repairs, and heating and ventilation updates to city schools.

The projects were selected from the 22 project proposals city officials received in February.

City leaders had planned to use $6 million of Pittsfield’s initial allocation of $20.3 million toward community projects. When the applications came in over that amount by $1.5 million, all of the awards were whittled down to try and cover the greatest number of projects.

Tyer said that process has left $100,000 unallocated from the city’s budget for community projects. She said the city plans to continue accepting applications for those funds until May 1.

Applicants invited to the award ceremony on Thursday morning had no idea how much they’d receive in funding. As Tyer read each award in alphabetical order, community organizers gasped, cheered and applauded as they learned how much money they were being granted.

The group behind Second Street Second Chances hopes to create a model program for a supportive one-stop shop for formerly incarcerated people working to reenter the community. At the ceremony, the program received $700,000, an amount that will cover about 43 percent of the program’s cost over the next three years. 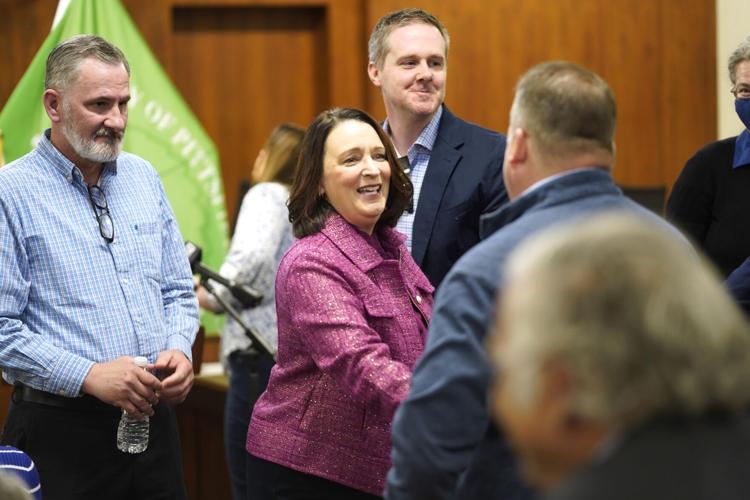 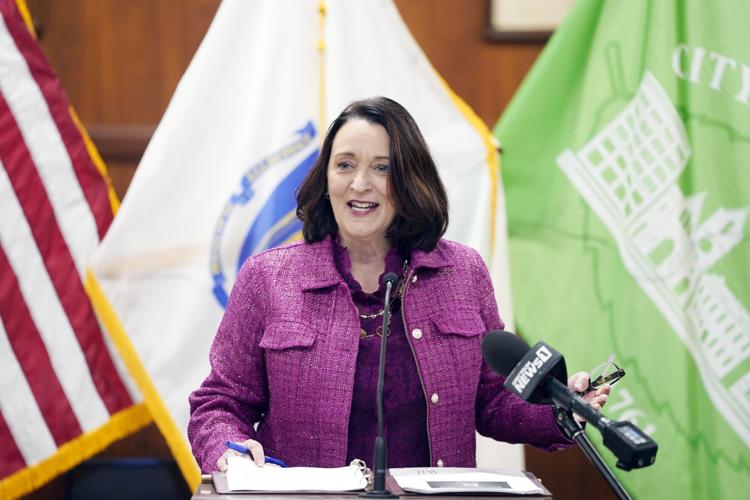 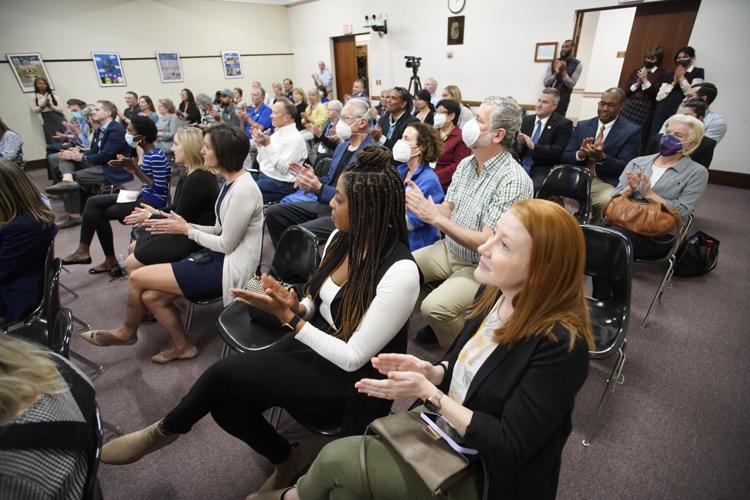 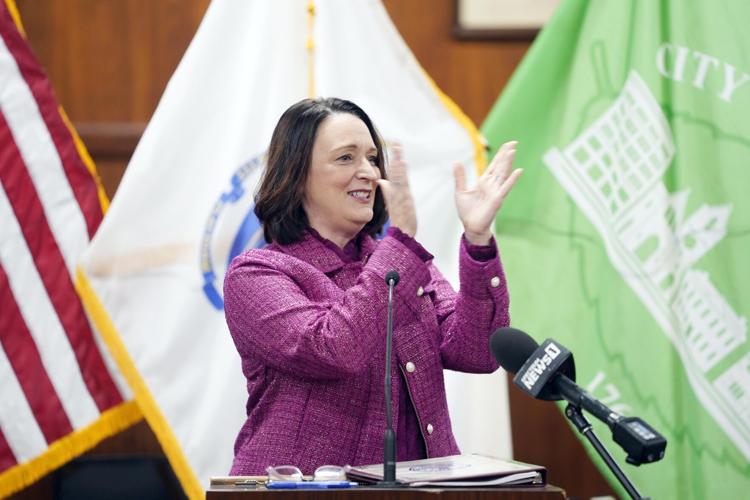 Executive Director Jason Cuyler said he was blown away by the award.

“I feel grateful and very, very excited,” Cuyler said. “Pittsfield is a great place — I really believe that — and this gives us the opportunity to develop some of the local programing and build a better community.”

The biggest award of the day went to Central Berkshire Habitat for Humanity. The housing nonprofit received $800,000 to expand its navigator network and continue to support residents and businesses impacted by the pandemic.

Both Berkshire County Head Start and the Berkshire Black Economic Council received $700,000 for their proposals.

Head Start plans to use the money to cover the cost of transportation and full-day child care for families who don’t qualify for child care subsidies provided by the state. BBEC will use its allocation to expand its technical assistance, educational workshops and networking events for black entrepreneurs and businesses.

Tyer said there’s still work to be done to get the federal money into each organization’s account.

Co-Special Project Managers Deanna Ruffer and Gina Armstrong will work with the organizations over the coming weeks to draft and sign contracts and establish the reporting practices required by the federal government.

For descriptions of each project, visit the ARPA Awardees page on the City of Pittsfield's website at www.cityofpittsfield.org/government/arpa_awardees.php.

Pittsfield has started to spend its ARPA money. Here are the first three programs getting the federal help

Pittsfield has announced earmarks for more than $7 million in projects since getting American Rescue Plan Act money in May. Its first report to the Treasury Department shows that spending of that money has been conservative.