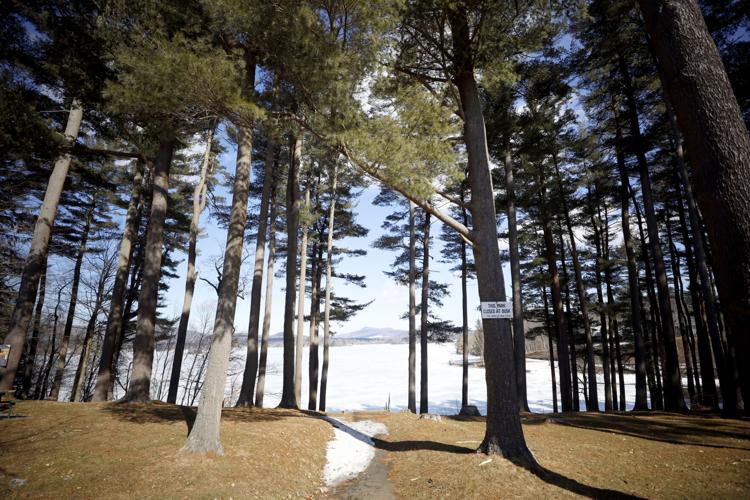 There are few remnants of Pontoosuc Park's heyday left on the southern shore of the lake. Landscape designers are proposing to leave that area in a more natural state in several new concept plans for a renovation of the park. 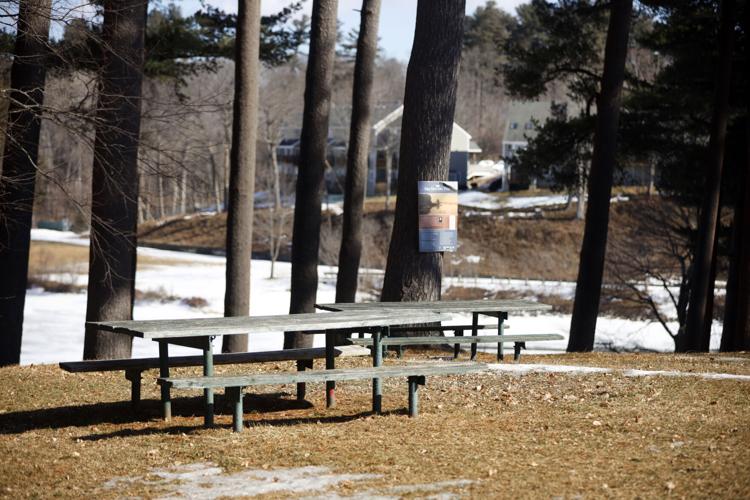 Residents told architects from the Berkshire Design Group that picnic and gathering facilities on the south side of Pontoosuc Lake Park are worn out after years of use. 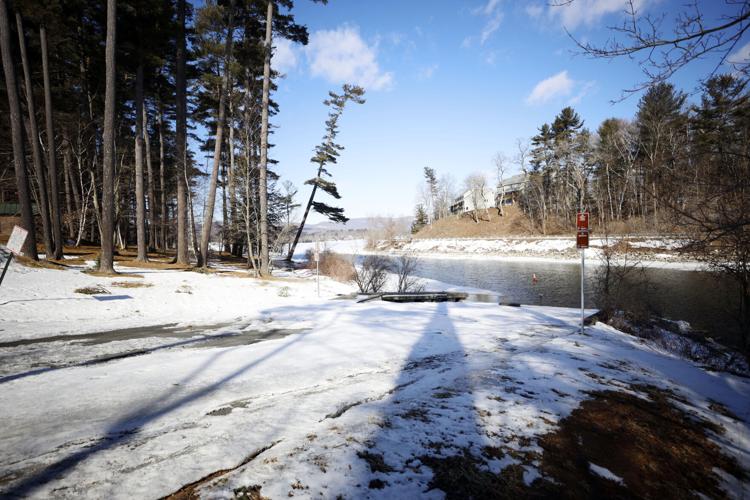 The northern and southern lots of Pontoosuc Lake are divide by the boat launch and channel. Landscape designers are looking at how to give residents better access to the water in the northern lot, while maintaining boat traffic. 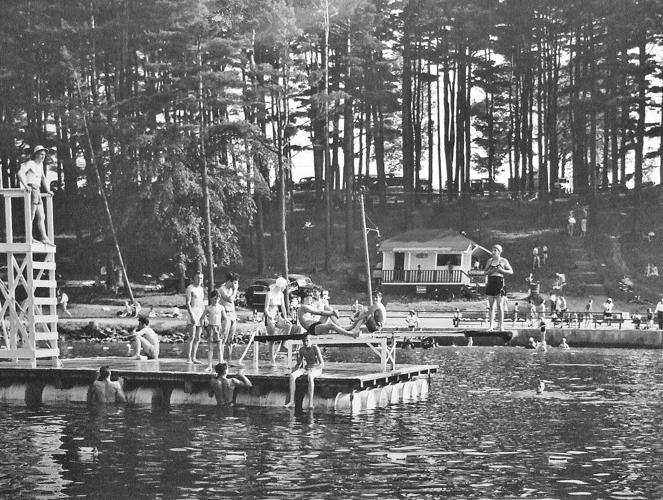 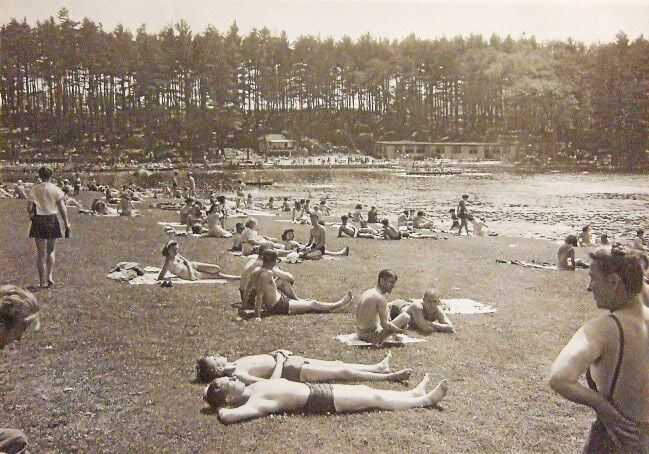 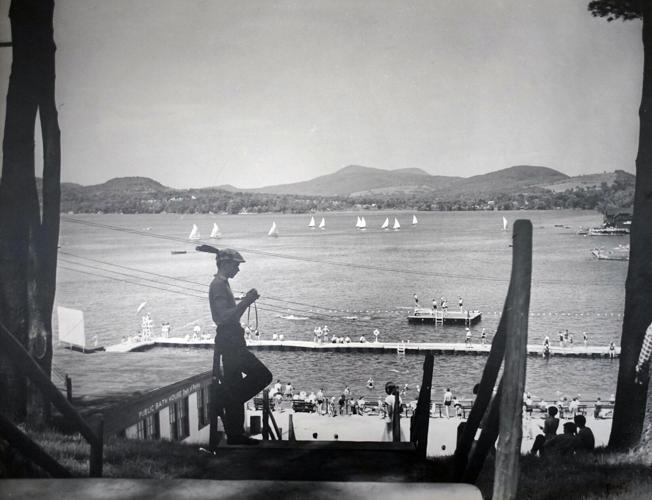 There are few remnants of Pontoosuc Park's heyday left on the southern shore of the lake. Landscape designers are proposing to leave that area in a more natural state in several new concept plans for a renovation of the park.

Residents told architects from the Berkshire Design Group that picnic and gathering facilities on the south side of Pontoosuc Lake Park are worn out after years of use.

The northern and southern lots of Pontoosuc Lake are divide by the boat launch and channel. Landscape designers are looking at how to give residents better access to the water in the northern lot, while maintaining boat traffic.

PITTSFIELD — A new portfolio of concept plans for renovations at the Pontoosuc Lake Park envisions new water access, play facilities and making a destination spot for one of the county’s most treasured views.

Landscape architect Jeff Squire and designer Doug Serrill, both from the Berkshire Design Group, used the Pittsfield Parks Commission meeting Tuesday night to give the commissioners a first look at what might Pontoosuc Park could become.

The design firm drafted seven concepts: Three for the 23-acre lot on the south side of the lake along Hancock Road and four for the northern one acre space next to the condominiums along Route 7.

Over the next six weeks the city and Berkshire Design Group plan to host two public input sessions and reach out to stakeholders and park staff for their feedback on the plans, according to Jim McGrath, the city’s Park, Open Space and Natural Resource Program manager.

McGrath said that the design team will take the comments on the concepts and create a final master plan that will be presented to the Parks Commission in April or early May for approval. That plan will be used as a starting point for a detailed survey of the park and to figure out the general cost of making the renovations a reality.

“[These plans are] measured in feet,” McGrath said. “The final design needs to be measured in centimeters for constructability.”

The concepts are like new renditions of the park’s greatest hits.

In the park’s heyday, residents flocked to the stand of towering white elms on the south side of the lake and enjoyed a concession stand, boathouse, sand beach, swimming and diving docks and picnic areas.

The northern section of the park, which was once home to the city’s YMCA building, was a grass lawn where swimmers would lounge and view the festivities across the boating channel on the southern bank.

Squire confirmed what residents have said in public input meetings over the last several months: The southern side of the lake has fallen into disarray. A steep hill with a historic staircase isn’t accessible to all visitors, picnic benches are showing their wear and tear and the central swimming beach has become a soggy bank.

“What historically was sort of the heart of Pontoosuc Lake Park has been reverting to wetlands now that most of those features and those elements have been removed,” Squire said.

“Everybody really looked at and talked about this southern area, but this northern section is really an area that seems underutilized at the moment,” he added.

In a survey conducted last fall, the city received 220 responses on how to improve the park with the top three suggestions being for a swimming beach, new picnic areas and restrooms. The design group’s plans have placed many of those suggestions in the park’s northern section, which they think will be the center of the effort to “revitalize” the park. 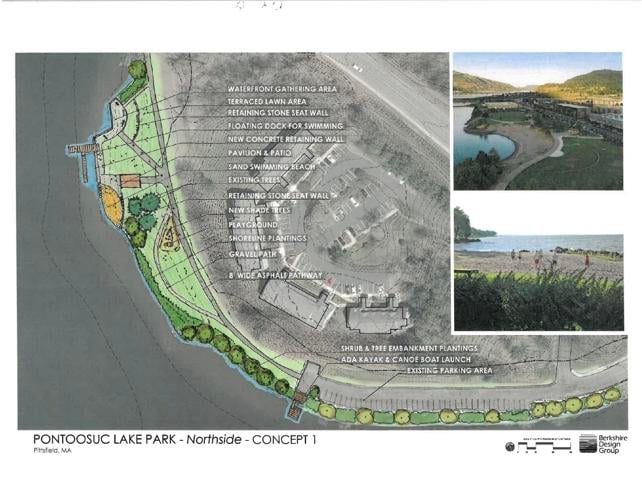 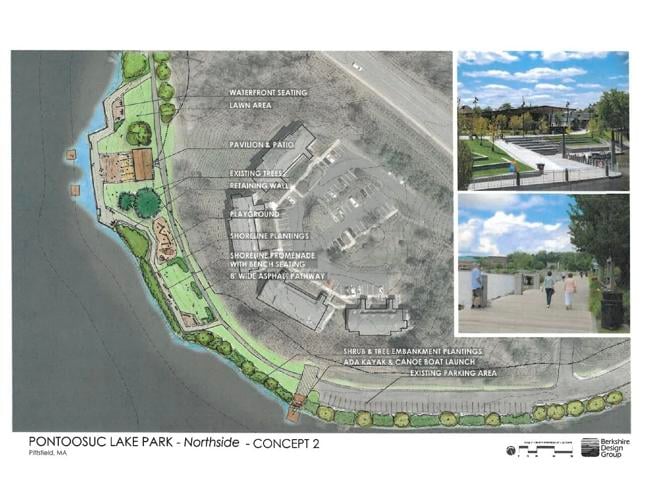 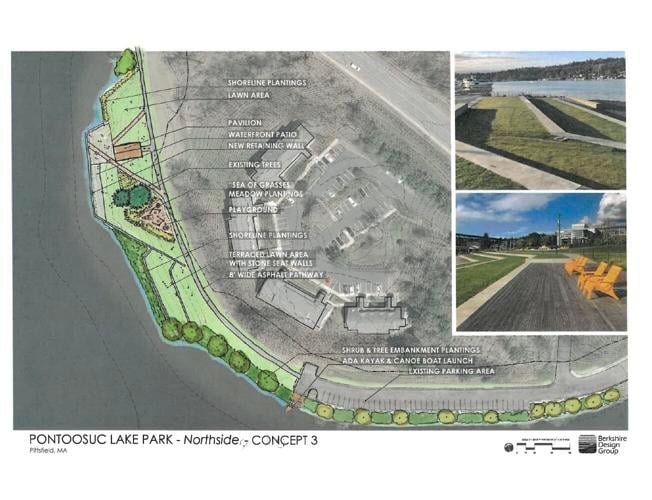 One plan for the lawn calls for the creation of a sand swimming beach. The beach would sit near the northern tip of the lot near a floating swimming dock and a terraced lawn for outdoor gatherings. The plan includes space for a playground and gravel path between the water amenities and the existing city parking lot.

Another plan for the space replaces the beach in favor of a pavilion and patio linked by a shoreline promenade. The next concept leaves the lawn as a well-maintained “sea of grasses” with terraced lawns and wall seating and a kayak and canoe boat launch.

The plans for the southern portion of the lake all feature notes about wetland enhancements and shoreline restoration to stabilize the bank, but what’s proposed on top of the new shore varies. 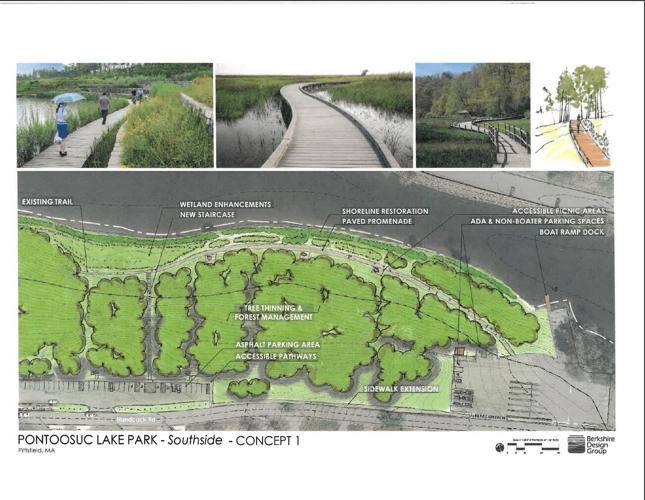 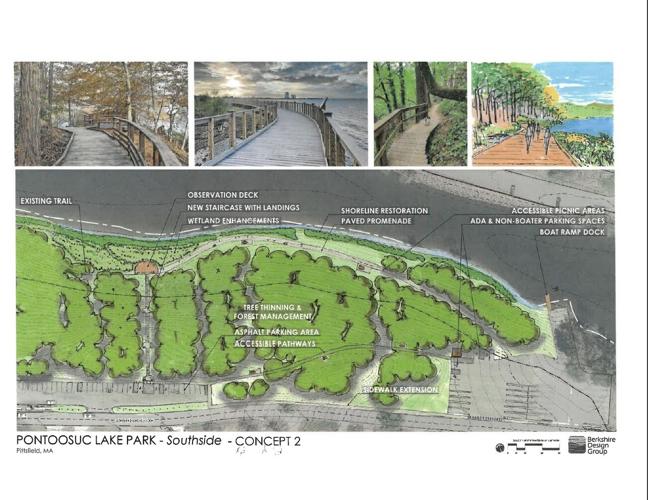 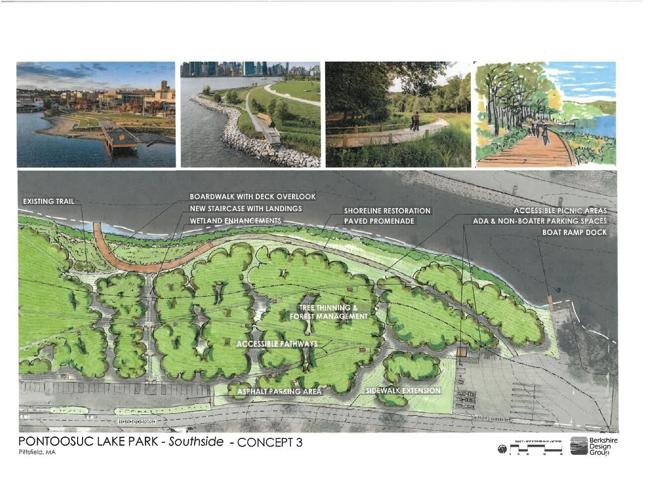 One plan calls for a paved promenade through thick wetland grasses.

A second plan would replace the historic staircase for an observation deck and new staircase with landings for taking in the view of Mount Greylock.

The third concept would draw visitors to the lake down a deck boardwalk to an overlook that stretches into the lake.

Commissioners roundly favored the proposals for a swimming area, increased water and small boating access and major improvements to the park’s accessibility.

After a winter season of residents complaining of snow-covered and icy sidewalks, the city is considering how revamping the snow and ice removal policies could improve safety and accessibility of Pittsfield streets.