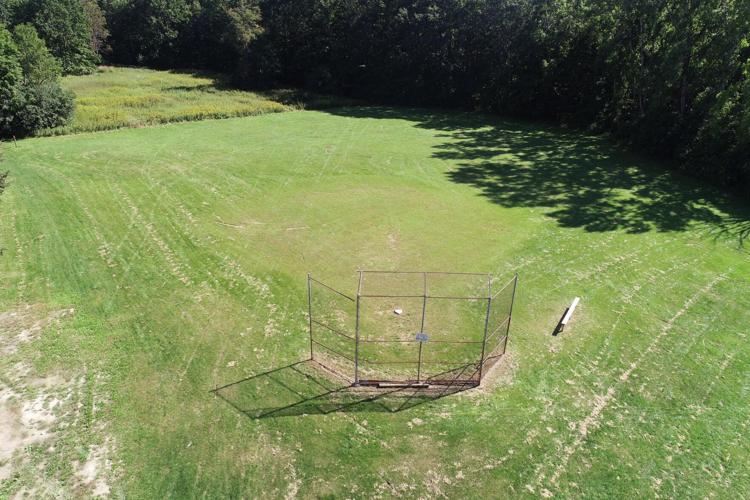 The commission has watched the proposed course shift from a concept to a more-finalized proposal, settling into a corner of the park currently occupied by an old baseball field near Reid Middle School. 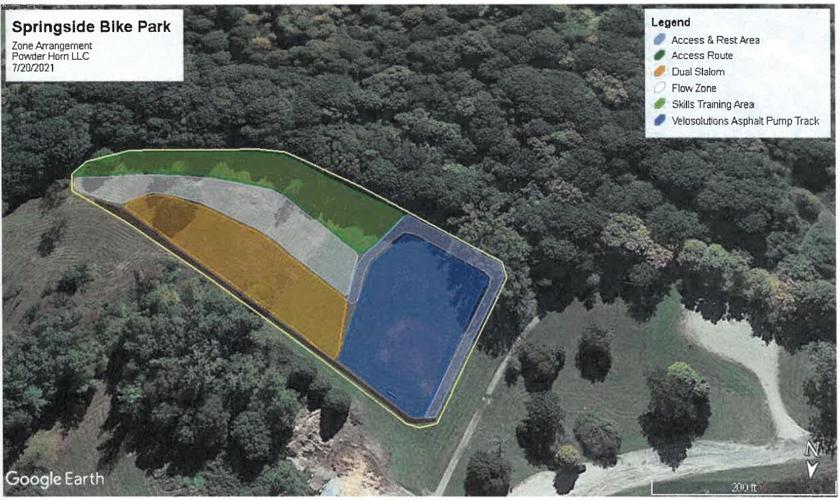 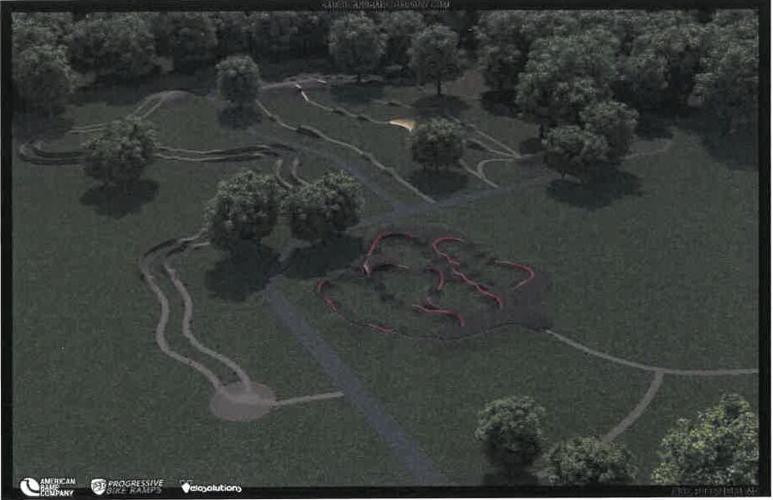 A mock-up by the American Ramp Co. for the Springside Park mountain bike skills course and pump track being proposed by the Berkshire Chapter of the New England Mountain Bike Association. The design was presented to the Pittsfield Parks Commission on July 20. 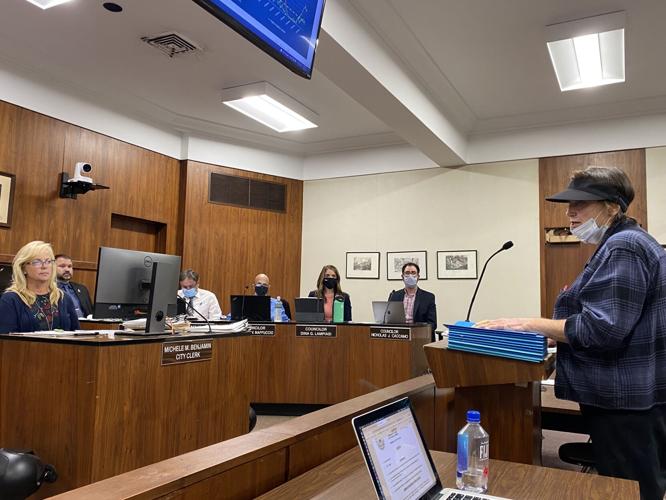 Elizabeth Kulas, Hebert Arboretum board president and member of the Best Friends of Springside Park, presents a stack of envelopes with information about Springside Park's history and environmental significance to the Pittsfield City Council on Tuesday. Kulas was petitioning for a public forum on a proposed mountain bike course at the park.

PITTSFIELD — In an attempt to strengthen its collective voice, a group of residents self-labeled the Best Friends of Springside Park gathered Tuesday night at a City Council meeting in hopes of securing a public forum to discuss a proposal for a mountain bike pump track and skills course at Springside Park that it opposes.

Council members voted 7-3 against a petition by Ward 7 Councilor Anthony Maffuccio to hold a public forum on the project at the next City Council meeting, Sept. 28. Many of the councilors said they felt that the project wasn’t a council issue.

Members of the Best Friends will have an opportunity to speak during the Parks Commission meeting Sept. 21. Last month, Parks Commission Chair Tony DeMartino committed to placing the group on the meeting’s agenda.

But, group members said the reason they reached out to the council is because they feel that their concerns about the project proposal have fallen on deaf ears at the Parks Commission and Conservation Commission — the two groups that have handled the details of the mountain bike course concept to this point.

“If we can’t go to the people we’ve elected, then who do we go to?” said Dan Miraglia, who opposes the project’s location in the park. “Who do we turn to when the Park Commission will not answer our questions?”

Miraglia said that he hoped the council would have used a public forum as an opportunity to consider material from his group regarding Springside Park’s history and the potential environmental impact of the project.

To date, the project is just a concept. The Berkshire Chapter of the New England Mountain Bike Association, which is backing the proposal, presented in November 2020 preliminary concepts to the Parks Commission for an approximately 2-acre paved pump track and skills course to be built north of Reid Middle School in Springside Park. The course would replace and old ballfield that sits at the heart of the park.

Park, Open Space and Natural Resource Program Manager Jim McGrath said Wednesday that the project still is very much in “its infancy.” He said the Parks Commission still needs to approve a specific site, accept design plans, and work out a memorandum of understanding between the city and bike group over maintenance of the track.

“It almost feels like those that are against the project are simply trying to stall it,” McGrath said.

Even without any finalized plans, for months the Parks Commission and residents opposed to the mountain bike project have been at loggerheads.

The commission repeatedly has said that it has given residents ample time to weigh in on the concept, pointing in particular to a forum held July 1 at the project site and the Berkshire Athenaeum. But, residents said they haven’t been given as equal an amount of time at Parks Commission meetings as the project’s proponents to comment on what they see is a growing list of legal concerns over land use and a potential public-private partnership and environmental concerns.

“There are just too many questions that have been left unanswered,” Miraglia said.

Ward 2 Councilor Kevin Morandi said the fact that the Best Friends submitted a public forum petition shows that there is a problem with the process.

Is Springside Park right site for mountain biking course? Some say no

“We have an obligation to listen to the public and, obviously, they’re not getting listened to if they’re coming to ask us to approve a public forum,” Morandi said. “Let’s get it all out in the open, let’s have some dialogue and let’s hear from some people.”

But, the majority of the councilors voted against the petition, saying that the matter was Parks Commission business.

At-Large Councilor Pete White said that taking on an issue in another commission’s jurisdiction would start a bad precedent and wouldn’t impact the outcome of the project.

“It’s not ever wasted time when we listen to what a constituent has to say; however, at the end of that night, they will not have spoken to those who can actually make a decision in this,” White said of the idea for a public forum.

Miraglia said he and the other residents in the Best Friends of Springside Park will continue to show up to Parks Commission meetings and express their concerns. He said they will consider other actions if they feel they are warranted.

“We’re not throwing anything out the window at this time, and we’re going to do what it takes to protect the best interests of the park,” Miraglia said. “If it means filing a lawsuit, then that’s in our back pocket.”

He added that “civil lawsuits and land court lawsuits are expensive, but Springside Park is worth it and worth saving.”