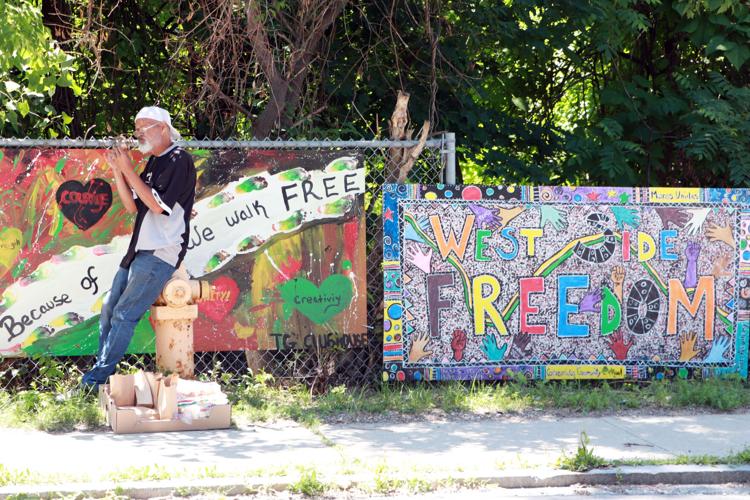 Jamie Williams, a friendly neighborhood fixture who can often be seen roaming the streets of the West Side drinking “Natty Daddy” beers, is the only person to be found at Durant Park on a Saturday in July. 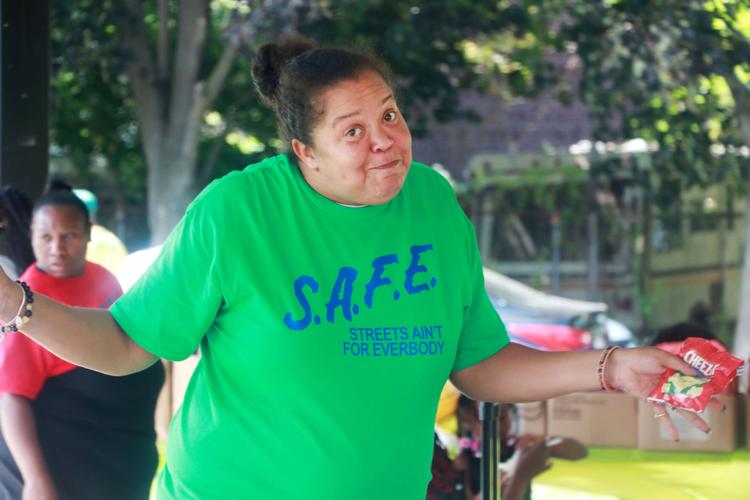 Tasha Persip, born and raised on Pittsfield’s West Side, volunteers handing out free backpacks and back-to-school supplies at Durant Park on Aug. 21. 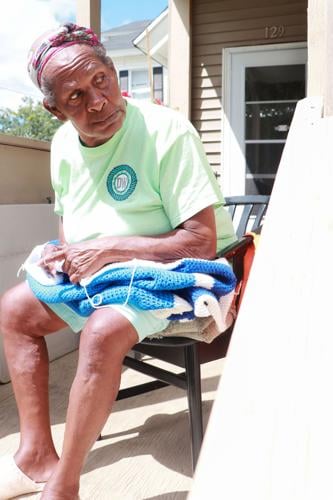 Nadine Oliver, on the porch of her home on Robbins Avenue, is always keeping an eye on the neighborhood while crocheting. 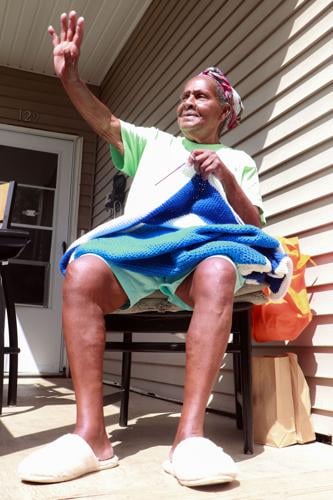 Nadine Oliver waves to one of her many fans in the West Side neighborhood. 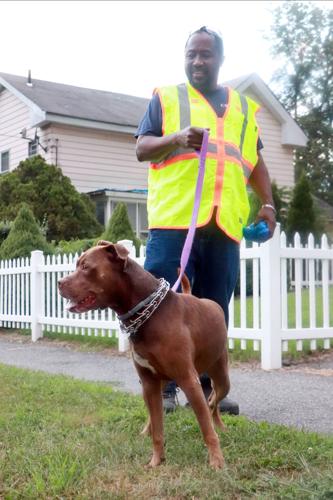 David Chambers can be seen with his dog, Triton, on nightly walks throughout the city from his home on Union Street. 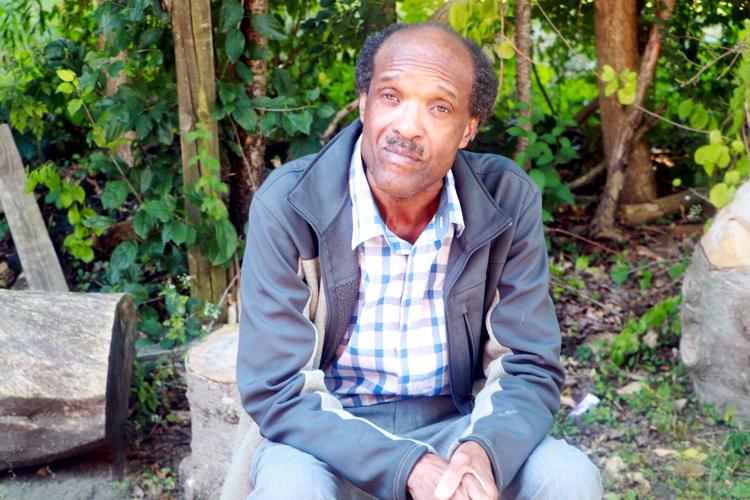 Chester Niles, recently retired after a long career at the Food Mart on Linden Street, often walks the West Side neighborhood visiting with members of the community. Niles was born in Barbados and went to school in Connecticut, and taught English in Mexico before returning to the U.S. and moving to Pittsfield, spending 31 years working at the Linden Street convenience store. 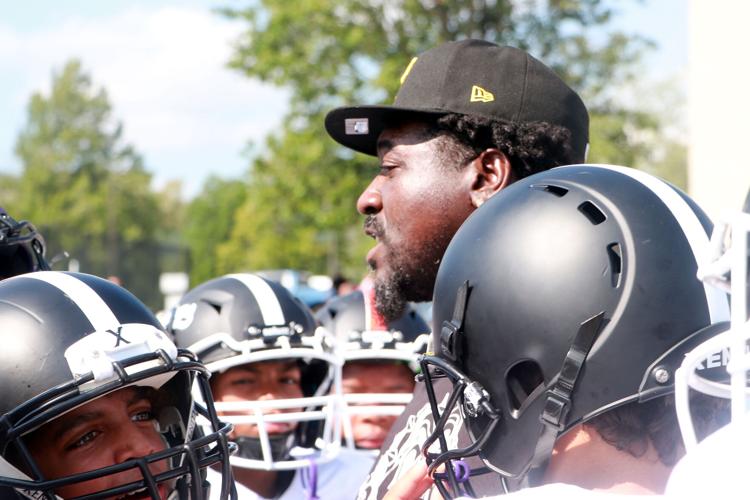 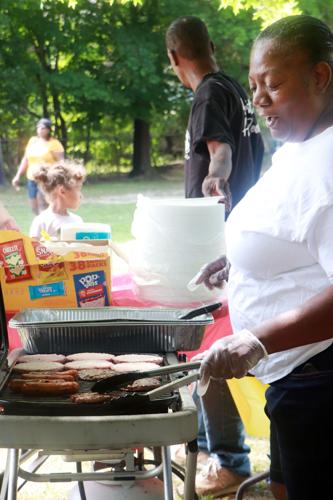 Sam Adams, a fixture in the West Side who hosts cookouts and events for the community, works the grill at Durant Park during an annual giveaway of backpacks and back-to-school supplies organized by her family. 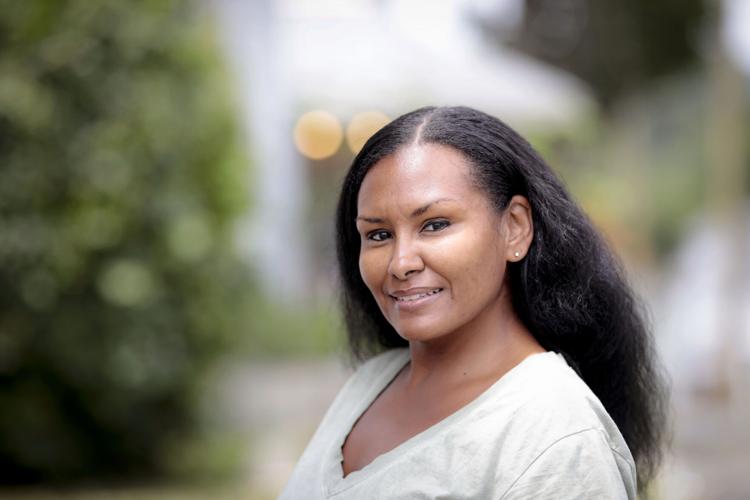 PITTSFIELD — Born and raised on the West Side, I have had the opportunity to see the changes in the area over the years.

As a kid, I remember the West Side as a place full of family and friends. There was always music playing, the smell of a grill going, kids playing in the streets or at the parks.

Following in my parents footsteps, I graduated from Taconic High School in 1994. From there, I went to Berkshire Community College (1996), and the University of Massachusetts Amherst (1999).

After returning from UMass, I started a family in 2001. Shortly after is when I began to notice a change.

Streets that used to be filled with children playing now were scattered with crime. Parks that used to be full of people gathering now had chains on the picnic tables, graffiti on the jungle gyms and used needles on the ground.

Over the next few months, I get to share the West Side with you, through my eyes.

Music that once filled the air had been replaced by sirens and shouting. What I remembered as a community that thrived together had become a place I did not even recognize.

Fast forward to 2022 I am now a single mom of four, still residing on the West Side. The community and family was always a huge part of me growing up and I want my children to feel as safe and comfortable in their neighborhood as I did in mine.

As a community, the West Side needs to come together. People need to support each other. Often, the West Side is viewed as this horrific, drug-ridden dangerous place.

Over the next few months, I get to share the West Side with you, through my eyes.

Perceptions of community safety, whether they are real or perceived, impact the way people feel and interact in their communities.

Born and raised a Westsider, I feel most safe on the West Side. Crime and danger are everywhere, but so are friendly faces, sunny personalities, family ties and watchful eyes.

Today, I am sharing some of the familiar faces and voices I’ve seen or heard over my years as a West Side resident.

These are the same people my children know they can trust, and knock on their doors if they need help. These are people who will call me if they see them acting out in public.

All are unique in their own ways and come from different walks of life. One thing they hold in common is the West Side, which is, was, and always will be home.

'There’s something about a childhood friend you just can’t replace.' A West Side photo essay by Courtney R. Hamilton

In the second installment of a new feature, photographer Courtney R. Hamilton is documenting life in her West Side neighborhood in Pittsfield. "Over the next few months, I get to share the West Side with you, through my eyes," she says.