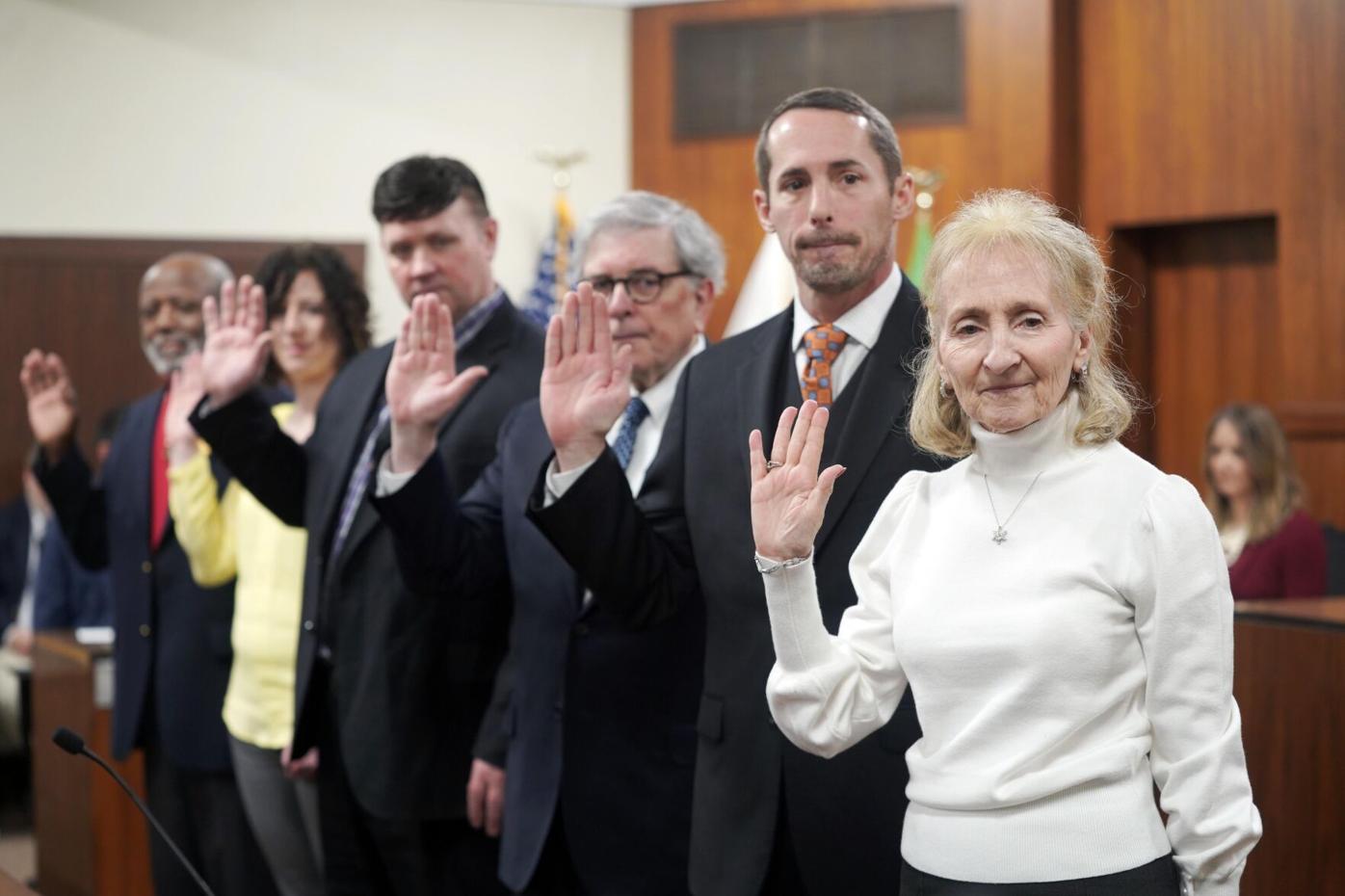 Pittsfield School Committee Chairwoman Kathrine Yon, right, said the district will move quickly to fill the deputy superintendent position, after the Committee voted to offer the top spot to current interim chief Joseph Curtis. The Committee might have its own vacancy to fill, however, after Dennis Powell, far left, said he was resigning from his position after the Committee’s vote for Curtis. 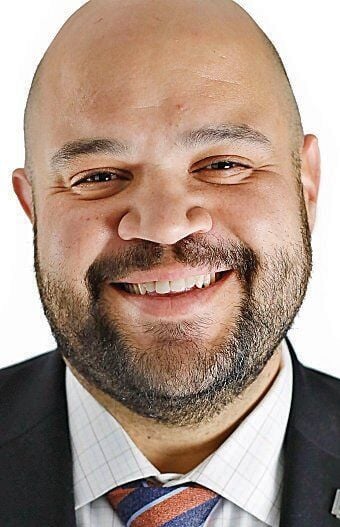 Joseph Curtis, who joined the district in 1994, was serving as deputy superintendent for about five years before the committee tapped him last year to serve as interim chief, and then this week, the permanent superintendent.

Pittsfield High Principal Henry Duval was picked for interim deputy superintendent position under Curtis, and told The Eagle Friday he plans to resume his PHS post.

“My intention is to be back at Pittsfield High School next year,” said Duval.

Chairwoman Katherine Yon said Friday she expects district officials will be moving at a quick pace to hire a deputy superintendent.

“I would think we would want to get one into place as soon as possible,” she said. “Joe has been doing so much himself.”

The School Committee is expected to negotiate a superintendent contract with Curtis in executive session at the committee’s meeting on April 28, said Yon. The job pays an annual salary between $165,000 and $180,000.

She said the district is also seeking candidates for the position of Director of Human Resources, Diversity & Inclusion.

After a promising candidate slipped through the district’s fingers, Curtis told The Eagle on Thursday that the job description was reworked to reflect the lead role the director will play in seeking to diversify the educator workforce.

Dennis Powell, also president of the Berkshire County chapter of the NAACP and screening committee member, said he was resigning from the School Committee after the vote. Yon said she was not aware of his resignation being formally submitted to the City Clerk’s office, but pointed out a section of the city charter that governs the filling of School Committee vacancies.

The City Council and the School Committee must come together at a joint meeting within 30 days of the vacancy opening up to select someone to fill the slot “until the next regular city election, when the office shall be filled by the voters,” according to the city charter. However, the charter provision only applies if the vacancy “is declared to exist” within 120 days of a “regular city election.”

Yon said she understands not all agree with the committee’s decision, but lamented the divisiveness that followed. She urged the community to reach out to Curtis to get to know him if they have any concerns, and reiterated her support for him.

“I really believe that Joe Curtis is the educational leader we need. I believe he has proven himself, he has evolved over time, he has shown he has excellent organizational skills. He is willing to make hard decisions, but he’s also willing to listen,” she said.

After Ward 5 Councilor Patrick Kavey blasted the decision in an email to the committee Thursday, At-Large Councilor Earl Persip III echoed Kavey’s comments, and wrote to the committee about his concern that members missed a “prime opportunity to evolve and move past the same old tactics that have failed us in the past.”

Ward 7 Councilor Anthony Maffuccio told the committee in an email that four members who backed Curtis “took the easy Political Driven way out and chose the easy route instead of standing up for what is best for our Children and Teachers in this Community.”

Persip said the time was right to bring in a superintendent with fresh eyes to make progress on teacher and student retention, and that he wished the committee accepted public input after the final interviews before making its appointment.

“I thought it was appropriate for us to get someone new, some out of the box thinking,” he said.

Will Singleton, a former superintendent, former NAACP Berkshire County chapter president and chairperson of the superintendent search committee, told The Eagle that during the search process, “different people called me to express their concern that a person of color would not be given a fair shot, qualifications notwithstanding.”

“A former mayor of Pittsfield once acknowledged to me that the good old boy network is alive and well in Pittsfield. I have not taken a poll or conducted a survey but in my opinion I believe there is a powerful element in Pittsfield that does not want to see a strong black person, male or female, leading the Pittsfield Public School system,” he said in a statement, adding that “I am disappointed because I thought Dr. Bonner was the best candidate to lead the school system in a positive direction. A direction that would result in all of the children being encouraged to strive for excellence.”

In an email response to the councilors, School Committee member William Cameron said Bonner would have brought her “well-documented record as a divisive and short-term leader,” which he said she did not address during the application process, to Pittsfield. He sought to dispel the “tiresome trope” that “Mr. Curtis’s appointment was due to “the good old boy network.”

“To announce, as one prominent individual has done, that the search process was a ‘sham,’ that the fix was in from the start, is both reckless and false,” he wrote. “This critic imputes corrupt motives and procedural shenanigans to honorable people on both the screening committee, which was composed of a cross-section of the community, and the School Committee.”