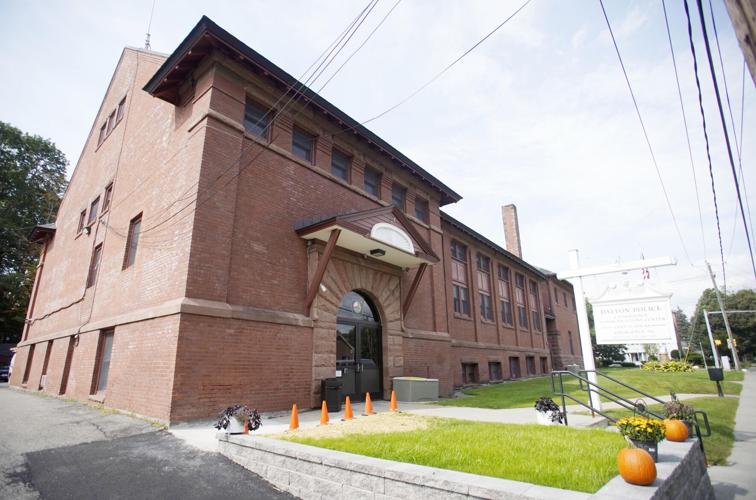 What was to have been a straightforward $500,000 project to upgrade space on the top floor of Dalton Town Hall became complicated and more expensive, first by the discovery that the area is home to bats. Costs are also rising for asbestos removal and to cover materials, labor and fuel costs. 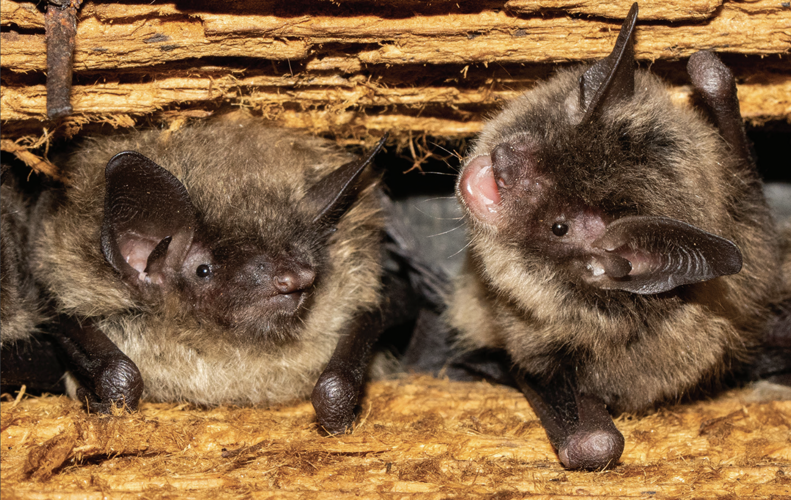 Two little brown bats are shown in a photo that accompanies a manual for homeowners in Massachusetts. State law prohibits the removal of bats from interior spaces except for May and the period from Aug. 1 to mid-October. Dalton worked in May to usher the resident population out of an attic space in Dalton Town Hall to allow a delayed renovation project to continue.

DALTON — The hungry Town Hall bats flew, as hoped, out specially installed one-way tubes. Now, the town of Dalton hopes to pay for that flight, and keep a major renovation project alive.

Late last summer, the town discovered that a colony of bats needed to be evicted from the attic of the historic hall before a half-million dollar project could advance.

Ten months later, after investing $30,000 in a bat-removal plan required by state law, Dalton is poised to get work underway. But it now seeks an OK from residents to borrow more, both to handle the cost of removing bats — in the manner the state demands to protect the creatures — and to cover other rising expenses.

Bats are making Dalton’s Town Hall their personal B&B. The town gets the bill and has to pause renovations

Patrick Pettit, Dalton’s superintendent of buildings and grounds, recently briefed elected officials on the renovation and its creeping costs.

“What we’re saying to you, is we’re going to the well one more time,” Select Board Chairman Joe Diver told Pettit. “We’re not going to go a second time. Make sure that we have a whole package really squared away.”

A request to add the borrowing is on a proposed warrant for a June 27 special town meeting, scheduled for 7 p.m. at Wahconah Regional High School. The board is expected to sign that warrant Monday. The article needs two-thirds approval.

Pettit said he can’t be sure, but believes all bats were coaxed out in May, when the weather warmed and their diet of insects multiplied outside. “We weren’t planning on the bats,” Pettit said. “When we first started doing this, we didn’t realize they were in the building.”

He said he watched a company close building cracks that had allowed bats into the attic, then install about 12 one-way tubes.

“The building structurally, in my opinion, seems very sound. I don't see it changing, at least in my lifetime."

“My belief is most, if not all, of the bats are probably gone by this point,” he said. “I personally watched them seal up everything on the building.”

The other $70,000 in additional borrowing is needed to cover higher costs of removing asbestos and of renovating office space used by the Board of Health and the Historical Commission.

Board member Daniel Esko asked, at a May 23 meeting, whether all the investment is warranted, given the age of the building.

Pettit said Town Hall is worth maintaining. “The building structurally, in my opinion, seems very sound,” he said. “I don’t see it changing, at least in my lifetime … I’ve been through that whole building. I don’t see anything wrong with it.”

Town Manager Tom Hutcheson told the board the investment can pay off by providing more space for town operations. “As long as we’re doing this work, we need to prepare for the eventual use of the third floor,” he said.

Officials in Dalton were already mixed about asking taxpayers to kick in another $100,000 next week for a Town Hall renovation. On Tuesday, the board held to that, deciding to dramatically scale the project back.