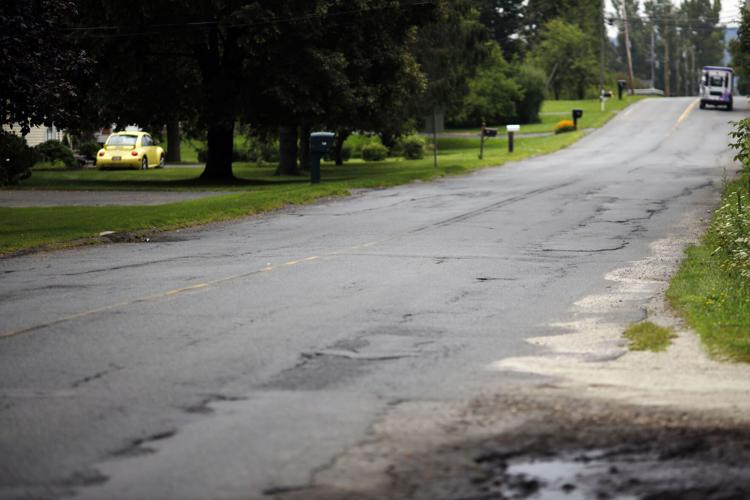 Large sections of road are in disrepair, with ruts and temporary patches, on Dalton Division Road in Pittsfield. On Friday, Dalton's town manager pressed state officials to release more money for local road repairs around the commonwealth. 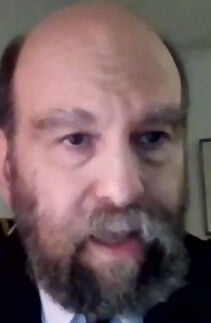 Between federal relief funding and about $5 billion in surplus tax collections, Beacon Hill is sitting on a pile of cash.

Dalton Town Manager Tom Hutcheson and municipal officials made their case to get an additional $200 million this fall to pay for local road improvements.

Hutcheson said his town receives $222,000 of the total $200 million Chapter 90 bucket, but that fixing even three of the town’s most damaged roads would cost $415,000. And that doesn’t include a route like Dalton Division Road, which is in line for federal funding several years from now.

“We’re not asking for complete state funding of roads, but especially in rural areas, towns maintain long roads with sparse population for the use of the general public,” Hutcheson said at meeting of the Local Government Advisory Commission that was attended by Lt. Gov. Karen Polito and Baker administration budget chief Michael Heffernan.

“While we out in Western Massachusetts look forward to leaf-peeping season, we have difficulty keeping up with the rising costs of making this a reasonable experience for the public,” he said.

In July, the Legislature approved, and Baker signed, an appropriation of $200 million for the statewide municipal road-repair program known as Chapter 90, which delivers money to all 351 cities and towns.

On Friday, local officials lined up to request that the Baker administration include an additional $200 million for the program in the supplemental budget it is expected to file soon to close out fiscal year 2021.

“Here in Auburn, we received $609,000 in Chapter 90 funds for FY22, but we estimate that we’re going to need $2.4 million annually, just to keep up with our 20-year roadway reconstruction and management plan,” Town Manager Julie Jacobson said.

DALTON — Dalton will throw good money after bad for a few more years, now that one of its longest-standing road projects faces a delay.

She added: “If our Chapter 90 allotment were to be doubled with additional funding from the state budget surplus, we would be able to reconstruct another 2.5 miles. So, to put that in context, because it doesn’t sound like a lot, but as you all know it’s very expensive, it’s about $240,000 a mile. ... So, a $1.2 million contract would yield about four to five miles. We have 90 road miles to maintain.”

The Massachusetts Municipal Association and others have pushed the Legislature for years to increase the amount of money authorized through Chapter 90, but this year each municipality also has a cut of $3.4 billion in aid that the American Rescue Plan Act provided to local cities, towns and counties through the new Coronavirus Local Fiscal Recovery Fund.

Heffernan, the budget chief, was noncommittal about including a cash outlay for Chapter 90 in the administration’s closeout budget.

He reminded the local leaders that the Baker administration also wants to use some ARPA money on infrastructure projects around the state.

The roads may be small, but the cost of fixing them is high. See which Berkshires routes are poised for repairs after a more than $3 million infusion from the state.