A report issued Wednesday gives town government its highest possible “AAA” rating for existing and future debt, with a “stable outlook” — meaning, the agency does not expect to revise its top score downward through 2023.

“It’s the best you can possibly do,” Town Manager Christopher Ketchen said. 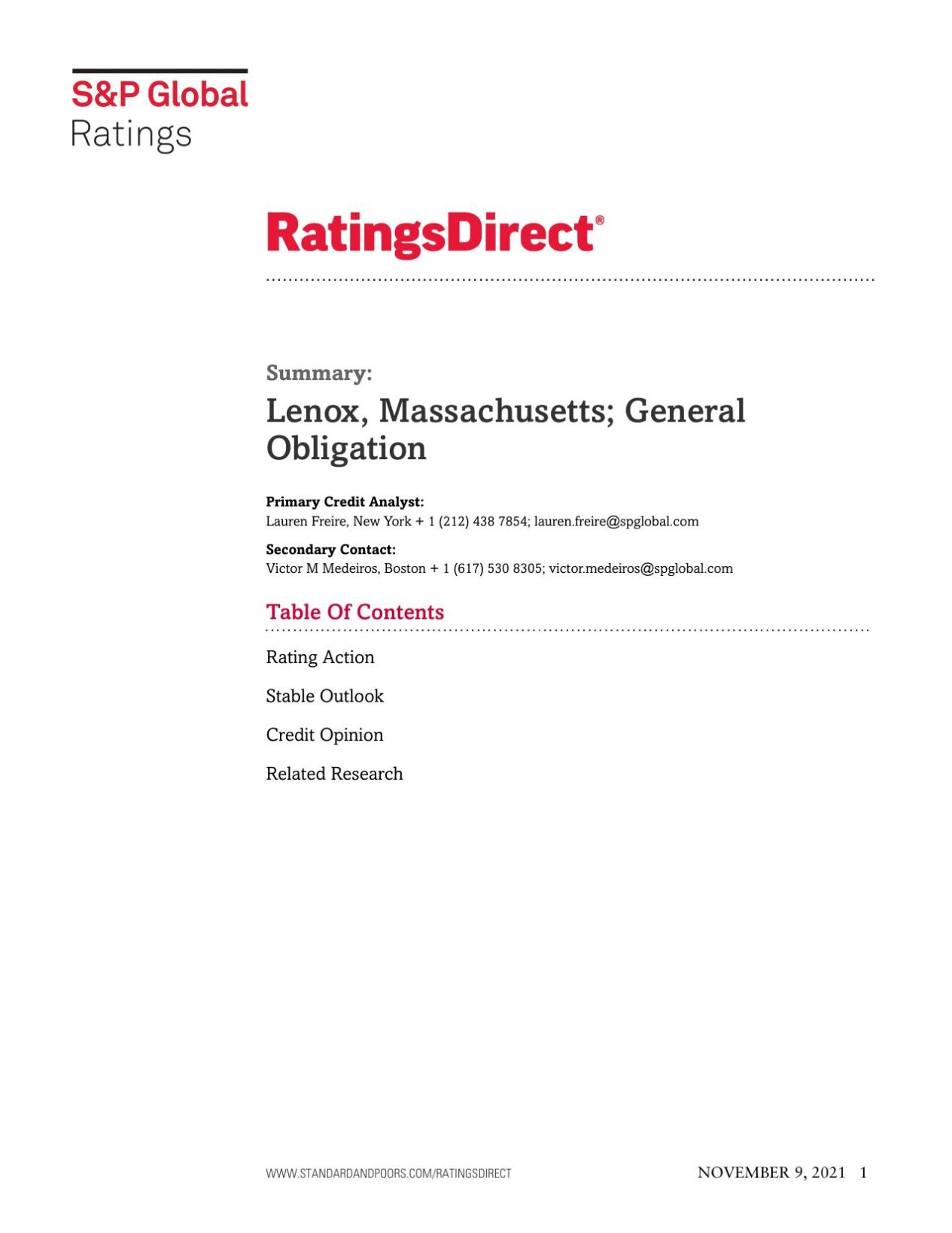 The town earned the same top financial score five years ago from S&P.

“This is a very strongly worded affirmation,” he said, adding that the report means “nothing bad is going to happen to Lenox in the next two years.”

“The rating reflects our view of Lenox’s very strong economy and consistently balanced financial results that have led to maintaining very strong reserves” during the past several years, the report stated.

S&P credited the town’s management for “adjusting the current budget to limit financial exposure due to COVID-19 and the related recent recession.”

The agency rates the town’s financial position as higher than the U.S. government’s, which is AA+, one notch lower.

Why is S&P so bullish on the town’s finances?

The report cited the following:

• A very strong local economy, even though the town is not part of a “broad and diverse” metropolitan area.

• Limited debt while participating in a pension system that could pressure expenses.

To support its upbeat report on the town’s credit rating, S&P detailed the following factors:

• A tourism-driven, seasonal economy, supported by increasing full-time residents in a town with major cultural attractions, resort spas and “Great Estates,” as well as outdoor recreational activities and facilities that attract year-round visitors.

• Exemplary budgetary performance with positive results for the 2021 fiscal year, because of management’s “abundance of caution” by scaling back revenue expectations and maintaining cost-saving efficiencies.

• The town is getting $1.4 million in American Rescue Plan Act money, while the past summer “was incredibly busy and hotel-and-meals taxes were at an all-time high.”

S&P noted that a majority of the town government’s one-third reduction in staff positions during the peak of the coronavirus pandemic has been restored.

The report also cited an expected increase in very robust available reserves, to more than $5.3 million, with no plans to significantly spend down that financial cushion.

Upcoming financing supported by the report includes a new $2 million waterline from the town’s reservoirs, a $1 million town library renovation, $750,000 in repairs to the Town Hall roof and cupola, and $900,000 in new, town-funded water and sewer lines on Walker Street.

Any tax impact on principal and interest payments for those borrowings can be managed through the town’s current reserves, sparing town taxpayers from increases caused by the capital investment projects, the town manager noted.