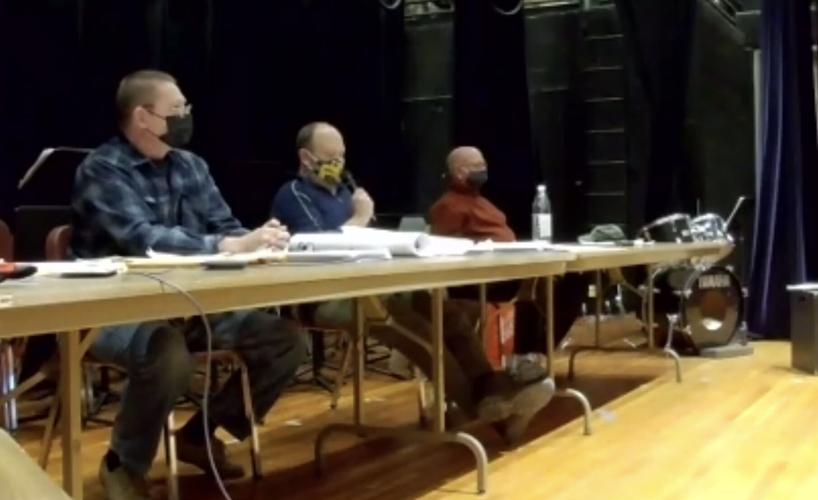 Members of the Hinsdale Zoning Board of Appeals preside Tuesday over a session related to the Northgate Resort Ventures LLC special permit application to operate an RV park on Longview Avenue, at the site of the current Camp Emerson. 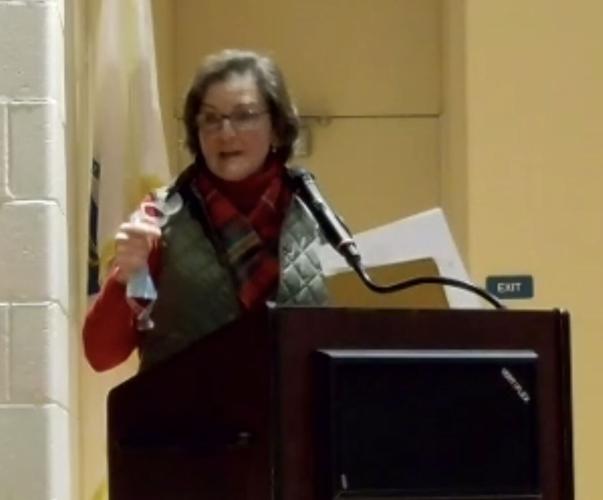 Hinsdale resident Marie Cole speaks against the Northgate proposal for an RV park at the current Camp Emerson.

The Hinsdale Zoning Board of Appeals continued work Tuesday to review a Michigan company’s application for a special permit that would allow it to convert Camp Emerson on Longview Avenue into a 317-site national destination for RV campers.

Also, a consultant hired by the town, DPC Engineering LLC, provided a report Tuesday on water and sewer issues that had not be reviewed fully.

“The meeting will be continued,” said Jeffrey Viner, the ZBA’s chairman. The panel voted to suspend the review until 6:30 p.m. Jan. 11.

Jeffrey Scrimo, the local attorney for Northgate Resort Ventures LLC, said that because additional materials still were being prepared Tuesday for presentation, the company wants to present to a future ZBA meeting. The panel typically meets every two weeks. Still, Scrimo said the company wished to respond this week to questions from the board.

“So that we’re not just wasting time here, we’d like to continue moving,” Scrimo said.

Over two hours, the board drilled in on questions of traffic, sewer connection fees, likely campground occupancy and local hiring, among other issues.

Scrimo asked Northgate whether the campground, if approved, later would seek to expand — and whether it would accept a cap on its allowable size.

Chelsea Bossenbroek, the company’s general counsel, said that the size now being sought — 317 sites — is a “sweet spot.”

David Prickett, of DPC Engineering LLC of Longmeadow, took to a podium in the Nessacus Regional Middle School auditorium to tick off six issues the town should consider in connection with the application. Among them, he recommended that the town get Northgate to respond to all comments submitted, address “pinch points” in traffic, consider the project’s impact on sewer infrastructure and, most notably, consider requiring Northgate to pay a water and sewer connection fee.

“It’s a major development,” Prickett said. “So, I would encourage the town to make that a condition should we move forward.”

When asked about that, Bossenbroek said the company would have to review the costs of connection.

She also promised to provide Hinsdale with a breakdown on the campground’s likely occupancy over the course of a season. One speaker noted that, as described, the site could hold 1,200 people at a time, in a town of fewer than 2,000 residents.

Resident Eric M. Goidel, of 40 Rose Drive, asked the board to examine the impact the campground would have on the quality of life in Hinsdale, and on the town’s water and sewer infrastructure.

Sue Lein, a member of the family that owns Camp Emerson, was among the nearly 60 people watching the board’s session on Zoom.