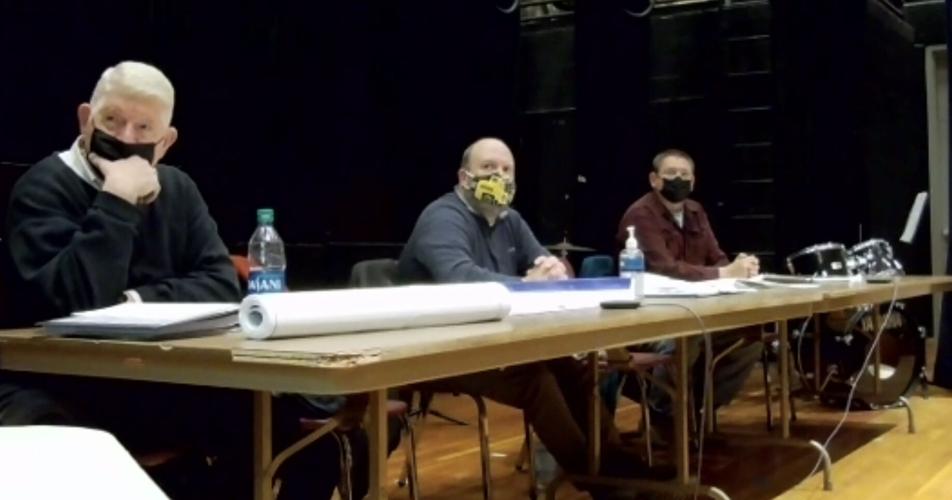 Members of Hinsdale's Zoning Board of Appeals listen Nov. 30 to a Northgate representative talk about traffic management in the Camp Emerson area. Before the panel's next meeting, on Dec. 14, a member expressed concern about his personal legal liability. The question compelled quick action by the town to keep a special permit application on track. 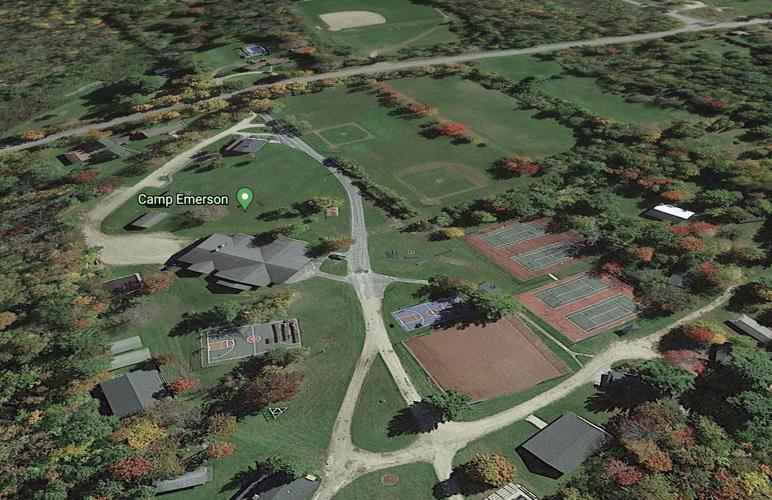 A view of the 155-acre Camp Emerson property in Hinsdale, the proposed site of an RV park now being considered by the town's Zoning Board of Appeals.

HINSDALE — When members of the Hinsdale Zoning Board of Appeals take their seats next week on the stage at a regional middle school, ready to consider a controversial application, a blanket will cover them.

“I’m actually glad they brought it to the town’s attention."

Fearing future court action by an unhappy applicant, a member of the ZBA asked the town a not-so-hypothetical question: Is he covered, legally?

If not, he and others were apparently ready to stop consideration of the RV park proposed by Northgate Resort Ventures LLC. Northgate seeks to transform Camp Emerson, at 212 Longview Ave., into one of the national company’s destinations, with more than 300 sites.

Bob Graves, the town administrator, asked the town's lawyer to check whether Hinsdale provided “indemnification” coverage for members of its boards. That action protects someone serving on a town board from individual liability.

The Hinsdale Zoning Board of Appeals will next consider the Northgate Resort Ventures LLC application in a session that starts at 6:30 p.m. Tuesday in the auditorium of the Nessacus Regional Middle School in Dalton. The town has a special web page that includes materials on the Northgate application, including links to Zoom session recordings Nov. 30 and Dec. 14 and extensive public comments for and against the project.

“I’m actually glad they brought it to the town’s attention,” Graves said of the ZBA member, whom he declined to name.

Graves and Joel Bard, the town counsel, found that unlike many other Berkshires communities, Hinsdale had never adopted a state statute that provides such protection to citizens who volunteer their time on boards.

As The Eagle has reported, Northgate has used the courts to challenge local zoning decisions, including in the case of a New Hampshire community that turned down the company’s expansion request in 2018, citing concerns about traffic and pedestrian safety. The company appealed the case twice, eventually losing before the New Hampshire Supreme Court.

With the Hinsdale ZBA’s second meeting on the Northgate application just days away, the Select Board hurried on Dec. 8 to patch things up, voting unanimously to indemnify members of the ZBA. According to the meeting minutes, officials had been informed that all members of the ZBA were prepared to “recuse themselves from further involvement in the hearing if they were not indemnified.”

Because the issue came up so quickly, without time to get it on the board’s Dec. 8 agenda, the town revisited the question of indemnification on Dec. 22, when, at Bard’s advice, it also allowed public comment. No one objected and the board affirmed its earlier decision.

Graves said residents will be asked, at a future annual town meeting, to adopt the state law providing indemnification. “To cover anyone who is serving on a board, which the town should have done a long time ago,” Graves said.

One of the ZBA’s members, Dan Thornton, has recused himself from voting on the Northgate application because he displayed a yard sign opposing the RV park project before the application reached the ZBA on Oct. 18. Thornton's recusal was announced by Jeff Viner, the board’s chairman, at the start of the panel’s Dec. 14 meeting.

When the project was first proposed last summer, it went before the Select Board. Officials later decided the ZBA was the appropriate board to handle the application.

In the New Hampshire case, the state’s Supreme Court sided with a superior court judge who had affirmed the town of Milton’s Zoning Board of Adjustment, which rejected Northgate’s proposal to expand a newly acquired campground on Northeast Pond from 223 sites to 396 sites.

The state’s high court upheld the lower court’s decision, in which a judge had written that the Milton board “could have reasonably concluded on the evidence before it that there would be an undue nuisance or serious hazard to vehicular and pedestrian traffic.”

In its lawsuit against Milton, N.H., Northgate named only the town as a defendant, not individual members of the Zoning Board of Adjustment.

Northgate's purchase of the 155-acre Camp Emerson site is contingent on securing town approvals. The property is owned by Camp Tanglelake Inc., whose principals are members of the Lein family.

In the end, a “massive” plan to transform a family-owned summer camp into a national RV destination was deemed to be too much for a small town. The Hinsdale Zoning Board of Appeals voted unanimously Tuesday night to reject a special permit application filed by Northgate Resort Ventures LLC.