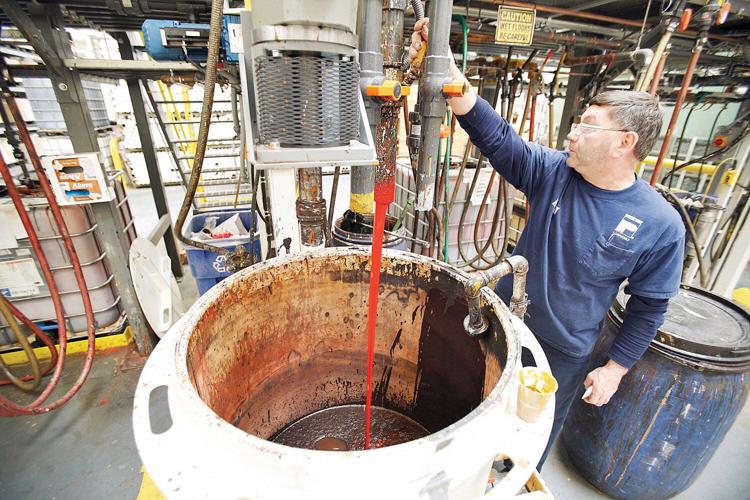 Kevin McLear mixes colors at Interprint in Pittsfield in 2016. 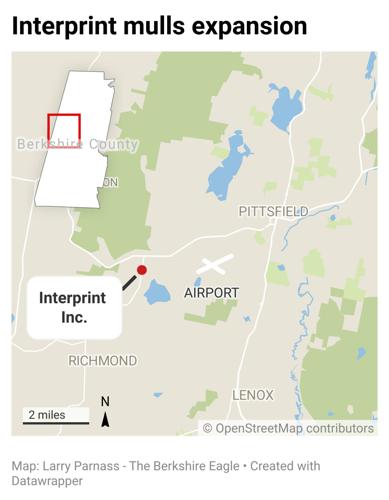 PITTSFIELD — The Interprint Inc. plant in Pittsfield is seeking approval from the Community Development Board to expand its facility by 57,500 square feet, a 35-percent increase in size.

However, Peter Stasiowski, Interprint’s spokesperson, said the plan is tentative. “We haven’t decided if we’re going for a larger expansion, a smaller expansion, or no expansion at all,” he said Tuesday.

The application was presented to the board Tuesday. “The addition is necessary to meet future storage and production requirements,” the application said. It did not specify what would be produced and stored in the new space, which if built would cover 1.3 acres.

Stasiowski said Interprint is weighing multiple options, including versions different from the application to the city. “There are other ones that we’re working on. Two different [plans] for similar projects, but with different sizes. This is just one of the directions we could go in.”

The application filed includes provisions for adding a driveway and a parking area. The company is located off Route 41, about half a mile from its junction with Route 20 in west Pittsfield.

Stasiowski declined to elaborate on the application. “We have not decided if we’re moving forward with this or not. It would be premature for me to say anything more,” he said.

However, Stasiowski said the city’s approval could cause Interprint to prioritize one plan over others. “Until the city makes a decision on this and we have further information on our side, we’re not going to announce going forward with this project or any other one until it’s decided what direction we’re going to go.”

It’s unclear whether the expansion would bring jobs. The plant, which was built 16 years ago for $27 million, sits on a nearly 4-acre lot and employs 190 people. It is located at 101 Central Berkshire Blvd.

The Pittsfield plant has five presses that print paper for the laminate industry, and a sixth that prints flexible films for the booming vinyl flooring industry.

In 2019, Interprint’s parent company reached an agreement to be purchased by Toppan Printing of Tokyo. It had been owned by Wrede Industrieholding of Arnsberg, Germany.

Interprint is one of the world’s leading printers of decor materials, with more than 1,000 employees in facilities in the U.S., Germany, Malaysia, Poland and Russia, according to Eagle archives.

Aina de Lapparent Alvarez can be reached at