PITTSFIELD — Joseph Curtis has inked a three-year contract to serve as superintendent of Pittsfield’s school district and will earn an annual salary of $168,000.

The contract was negotiated between Curtis and the School Committee, which in April selected the longtime Pittsfield Public Schools administrator to serve in one of the highest-paid and highest-profile jobs in the city. 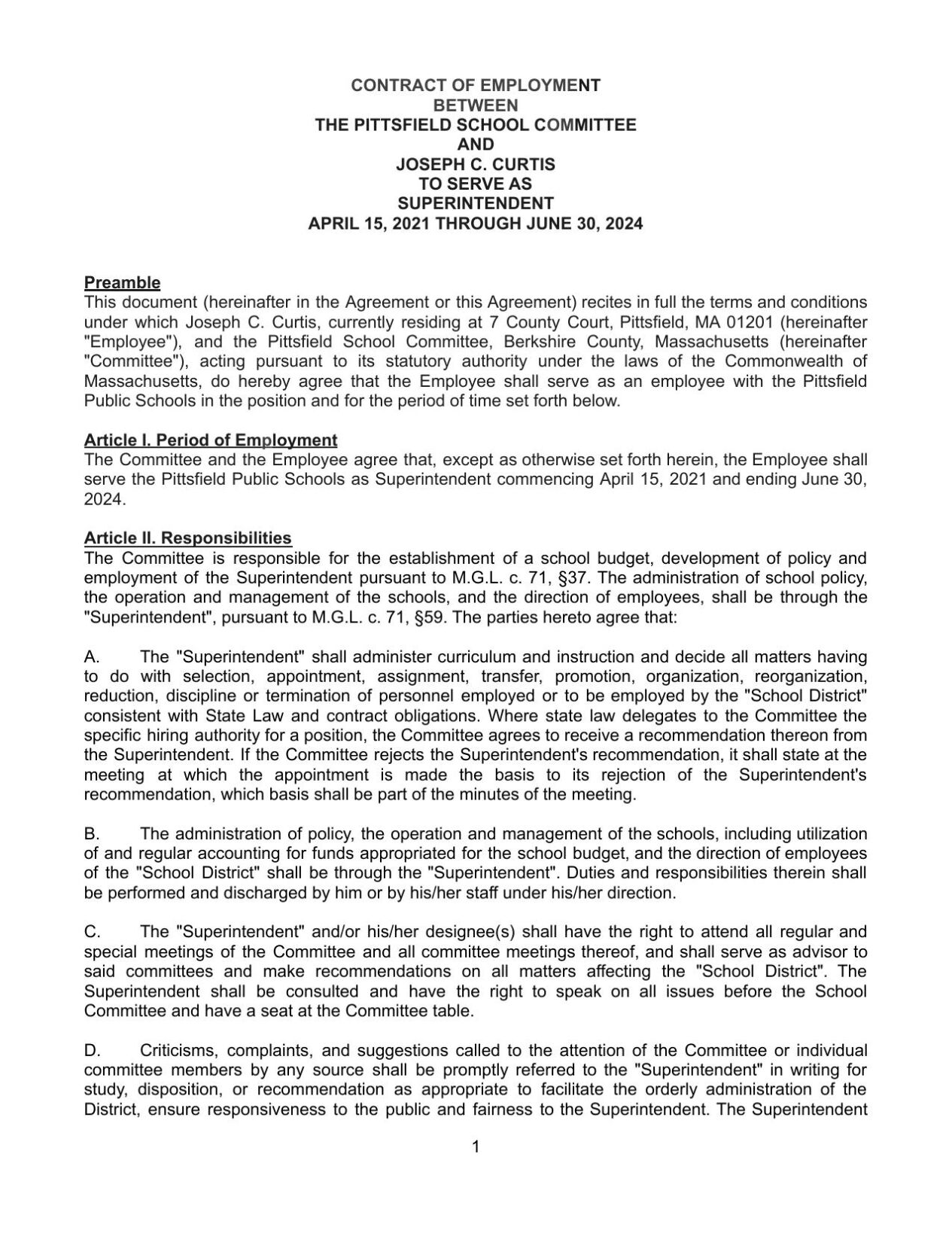 Curtis had served as interim superintendent since the fall, and before that worked several jobs, including deputy superintendent of the approximately 5,000-student district and as principal of Morningside Community School. He started as a teacher in the district in 1994.

Two percent annual raises were baked into Curtis’ previous employment contract as deputy superintendent, but his current agreement says salary increases will be negotiated in executive session from one year to the next. Curtis will receive five weeks’ paid vacation, on top of sick time and a handful of personal days.

The School Committee ratified Curtis’ contract June 9, and it was dated to take effect as of April 15.

Curtis took the helm of the district in fall 2020, when former superintendent and Curtis’ mentor, Jason “Jake” McCandless, accepted the superintendency at Mount Greylock Regional High School in July. The committee retained McCandless until the following November and appointed Curtis interim superintendent while it embarked on a search for a permanent superintendent.

A search committee whittled an 11-person field to four finalists, who publicly were interviewed in March. A split School Committee voted 4-3 to appoint Curtis superintendent, prompting panel member Dennis Powell, also chair of the NAACP Berkshire County Branch, to resign in protest, arguing that his former colleagues missed an opportunity to foster diversity in the leadership role, while several city councilors also decried the decision.

In his interview for the job, Curtis pledged to have an “equity audit” performed on the district, address employee retention and see to the development of a new district improvement plan.