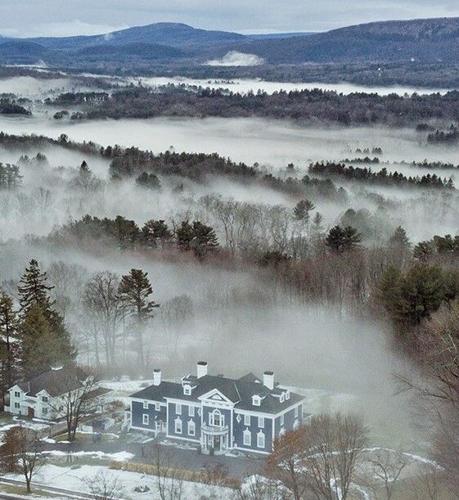 A drone view from high over the former Kemble Inn in Lenox. The property is on the market for more than $5 million. 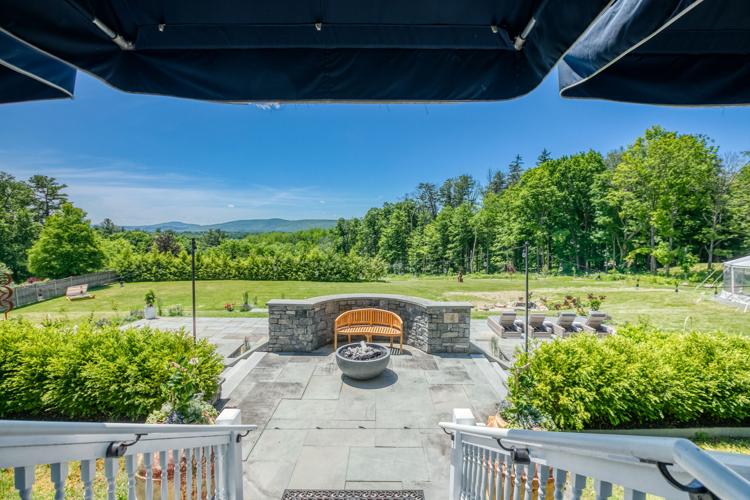 A view of the grounds at the historic Kemble Inn in Lenox. 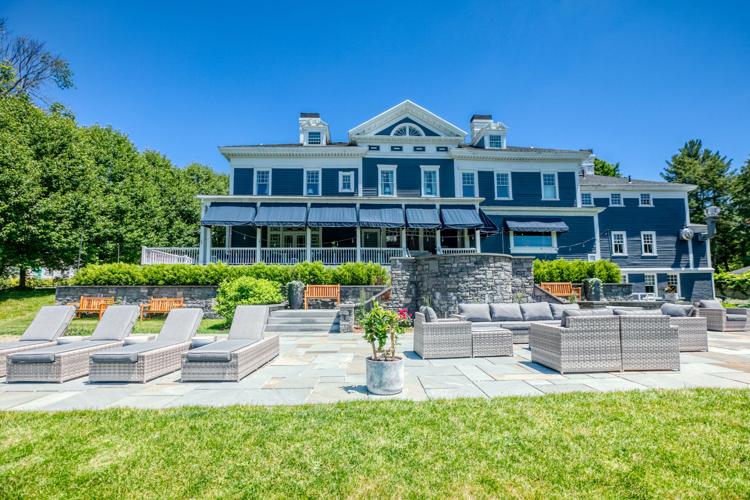 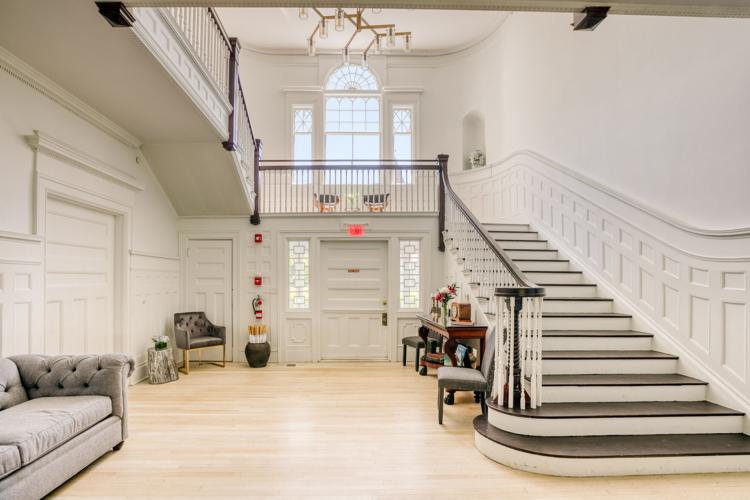 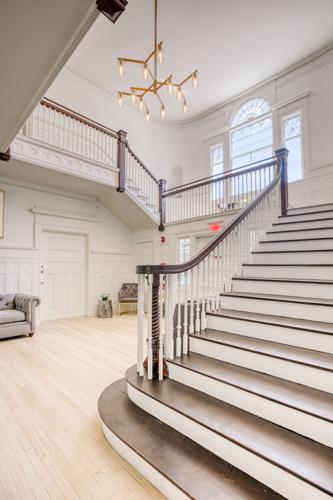 An interior staircase at the 13-bedroom property in Lenox. 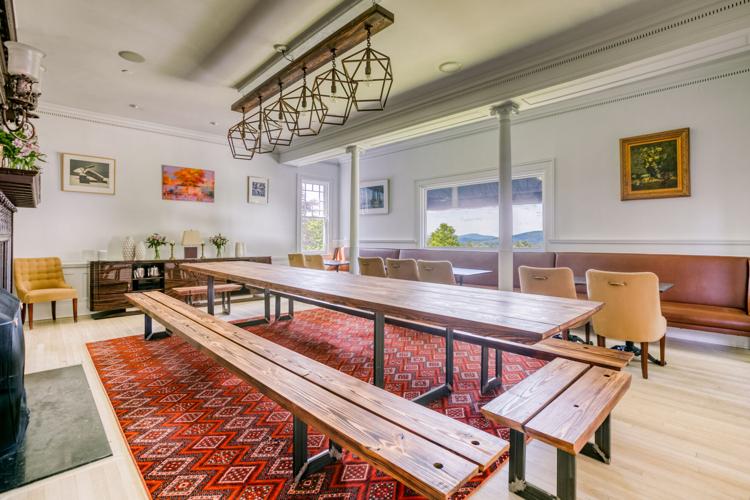 A view inside the former Kemble Inn in Lenox, which is on the market for more than $5 million. 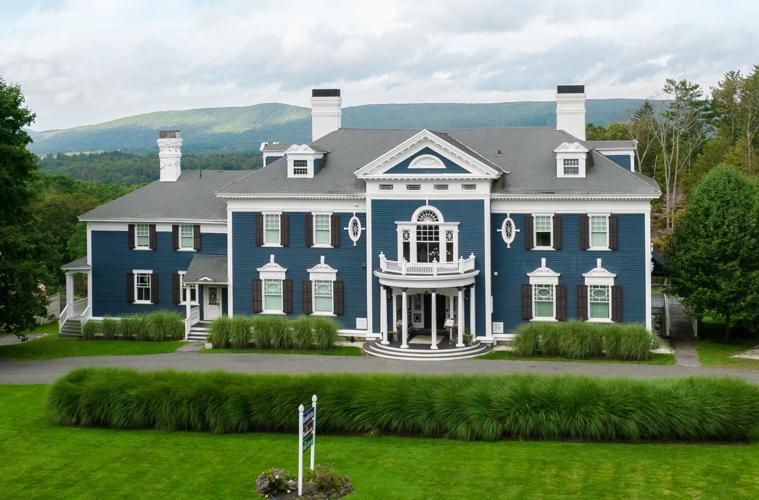 A view of the grounds at the historic Kemble Inn in Lenox.

An interior staircase at the 13-bedroom property in Lenox.

LENOX — Shared Estates, an investment fund designed to renovate and flip historic properties, has put its latest acquisition — the historic Kemble Inn — on the market. Asking price: $5,840,000 according to the Stone House Properties listing.

Berkshires native Daniel Dus, the founder and managing partner of Shared Estates, acquired the 13-bedroom, 3-acre property last February for $3,125,000 through his Kemble Berkshires LLC and spent an additional $750,000 on property enhancements and upgrades.

A sale near the asking price would represent a nearly $2 million profit for Shared Estates, Dus said.

“We’re on the hunt for the right buyer here,” he said. “We’re happy to sit on it and operate it and collect revenue.” He said the sale price is based entirely on a calculation of profits.

“Profitability is key,” he told The Eagle. “The traditional inn model with full-time staff and overhead is very hard. Our model is to turn all that into technology-based remote check-ins and remote access and to operate in an approach that’s highly profitable compared to the traditional historic inn models.”

Historic Lenox inn was just bought for $3.1 million. Why will it go back on the market this summer?

Former owner Scott Shortt filed for bankruptcy protection at the U.S. Bankruptcy Court in Worcester in June 2021. Shortt had purchased the inn for $1.6 million in 2010, spent about $4.5 million on renovations, but defaulted on a $2.6 million mortgage after drastic COVID-19 pandemic-related revenue losses starting in spring 2020.

The Colonial Revival Inn had been built in 1881 as a Gilded Age “cottage” for President Chester Arthur’s secretary of state, Frederick Frelinghuysen.

During Dus’ ownership as the Kemble Berkshires, the estate was updated with modern furnishings. Instead of operating as a traditional inn, Dus adopted a business model based on weekend to month-long group rentals for wedding parties, multi-generational family celebrations and corporate retreats.

Marketed via Airbnb, VRBO and other online platforms, the buyout price for the property started at $1,985 per night last March, but this summer the price rose to $3,485 nightly on weekdays and $4,250 on weekends. So far, Dus said he has booked nearly $400,000 in revenue.

Shared Estates at a glance

The Shared Estates Asset Fund track record, before its acquisition of The Kemble in Lenox, includes:

Shared Estates attracted 143 individual investors who collectively paid $1,434,000 toward Dus’ purchase price and upgrades for the Kemble Inn. The minimum investment was $1,000 and the average was nearly $6,000. The remainder of the $3,125,000 purchase cost of the 2 Kemble St. property was financed through conventional loans.

Investors are part-owners, earning a return based on their investment amount, revenue from the property and proceeds from a profitable sale. Meanwhile, the part-owner investors can get a 15 percent discount on a stay — 20 percent if they are Berkshire County residents.

Dus, 44, grew up in Richmond and Becket. He is a solar industry executive at the renewable energy company iSun. His previous Shared Estates Asset Fund properties partially financed through the “sharing economy” were in Lee, Williamstown and South Egremont.

Following Frelinghuysen’s tenure, the Kemble had several owners and uses. It served as a dormitory for the Lenox School for Boys, which closed in 1972, and was converted to an inn in 1991, according to the Lenox Historical Society.

The Gilded Age mansion, totaling 15,000 square feet, is in a residential zone, defined and registered as a Great Estate under town bylaws with by-right zoning for inns up to 20 rooms.

Other Shared Estates investments in the Berkshires have included:

— The Freeman Berkshires on Bow Wow Road in Egremont, a 14,000-square-foot, late-1800s estate. The first phase of renovations was completed last winter. The property is named for “Mum Bett,” who adopted the name Elizabeth Freeman as the first freed Massachusetts slave after a Great Barrington court ruling in 1781. It is on the market for $3,850,000.

— The Williamstown property owned by Christopher Reeve and family members since his death in 2004 has booked over $250,000 in rentals since renovations were completed this year on what’s now called The Brookman, a 6,000-square-foot estate on 40 acres. Purchased by Dus’s company in late 2019 for $925,000, with $600,00 spent on renovations, it sold for $2,350,000 last February to a family that continues to operate the rental property.

— The Playhouse on Summer Street in Lee, originally part of the George Westinghouse estate, available by rental from its current owner for $1,195 nightly. Purchased for $340,000 in 2014, Dus sold it for nearly $1.3 million in November 2020.