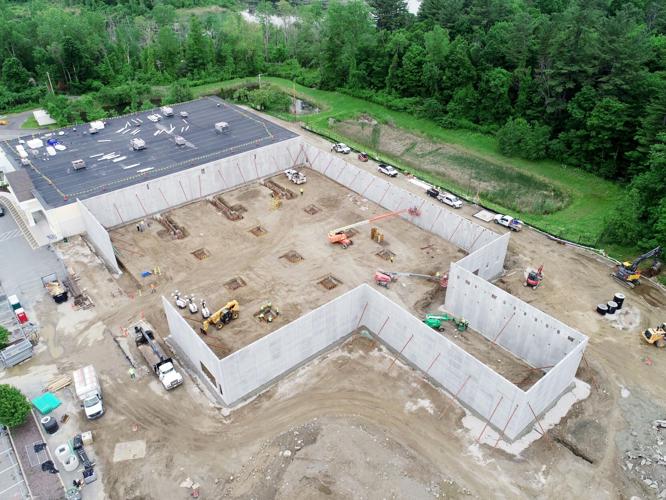 The outline of a new Kohl's store is taking shape in the Center at Lenox complex, just south of the Pittsfield city line off Routes 7/20. The store is expected to open in the fall. 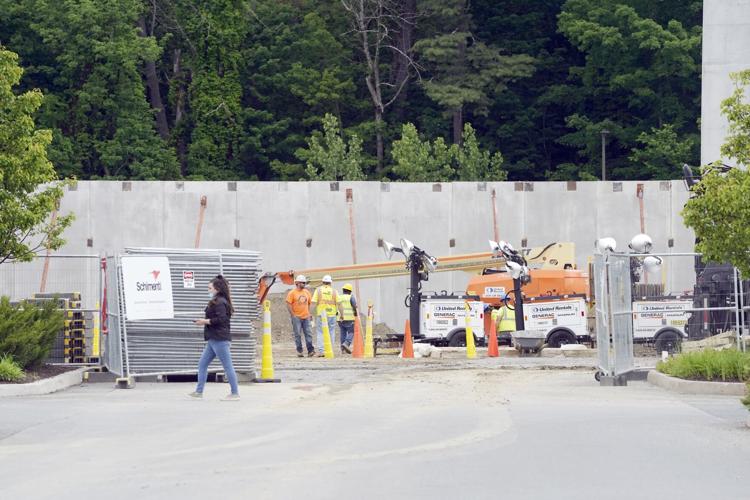 Construction of the Kohl’s department store, the chain’s first in the Berkshires, has made significant progress at the back of the Center at Lenox on Pittsfield Road (Route 7/20). 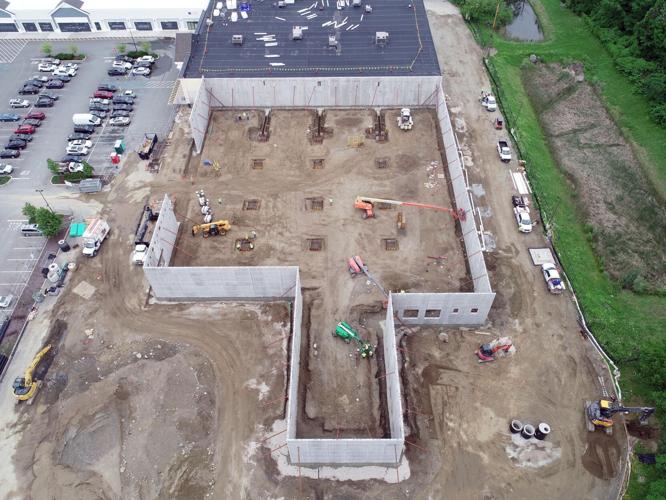 Construction of the long-awaited Kohl’s department store, the chain’s first in the Berkshires, has made significant progress at the back of the center at Lenox on Pittsfield Road (Route 7/20).

LENOX — Construction is moving into overdrive at the back of the Center at Lenox on Pittsfield Road for the long-awaited Kohl’s department store — the chain’s first in the Berkshires.

The nation’s largest retail big-box chain, with 1,165 locations in every state except Hawaii, has made it official: A fall opening is anticipated.

With special permits and the site plan in hand, as approved by the Lenox Zoning Board of Appeals nearly one year ago, the 39,000-square-foot building next to Marshalls will join 25 other Kohl’s outlets across Massachusetts.

The average Kohl’s store of around 80,000 square feet is too large for many small population centers, the company says.

The county’s first 110 Grill will be next door.

Construction is on track, said Melanie Carr, associate manager for asset strategy and development at WS Development, which operates the shopping complex for the owner, MEC Lenox Associates Limited Partnership.

“Everything’s going well, and we’re holding to our schedule as planned,” Carr said.

Starting in 2011, reports surfaced of a potential Kohl’s location in The Center at Lenox. But the project was put on hold, resurfacing in May 2021 when the shopping complex’s owner submitted plans to the zoning board.

Carolyn Lang, a corporate representative and adviser, said the location will be among the first to test the viability of a Sephora boutique within a smaller store.

Sephora is a French retailer of personal care and beauty products. Kohl’s has been replacing all its cosmetic areas with Sephora-branded shops.

Eventually, new Sephora mini-shops will be added to 850 stores, according to Kohl’s chief executive, Michelle Gass.

Kohl’s executives say 25 percent of their Sephora customers are new, and those shoppers are crossing the aisles to pick up other merchandise.

At half the size of a typical Kohl’s, the Lenox store is an example of the chain’s new strategy. Meantime, the company is expanding its women’s outdoor and swim categories, as well as its business dress category. Emphasis is increasing on athletic clothing.

Licenses in hand, 110 Grill is hoping to open by December next to a new Kohl's store in Lenox

In a statement, Kohl’s said that by 2026 it will open 100 of the new, smaller format stores like the one in Lenox “to match the changing industry landscape and customer needs.”

The company claims that 80 percent of Americans live within 15 miles of a Kohl’s store.

The chain’s “reinvention” of its stores includes new options on picking up items ordered online, 70 new product lines and tests of self-checkout.

“As the future of retail evolves, Kohl’s continues to put an emphasis on the in-store experience,” the statement said.

Clarence Fanto can be reached at cfanto@yahoo.com or on Twitter

Berkshire County's first Kohl’s is opening in Lenox in November

Although store hours have yet to be announced, the nation’s largest big-box department store plans to open its doors Nov. 4 in The Center at Lenox on Pittsfield Road.