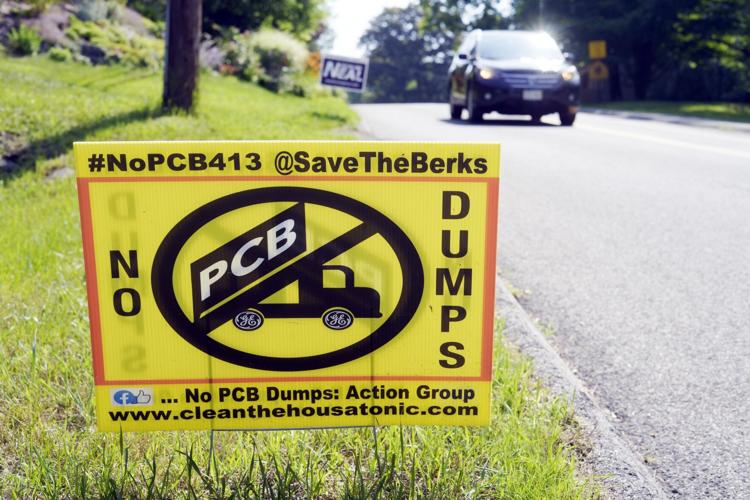 The Housatonic River Initiative wants the Lee Board of Health to rule on whether a proposed PCB landfill will be harmful to the town.  The board has asked for more information from the HRI before it decides if it will hold a public hearing on the matter. 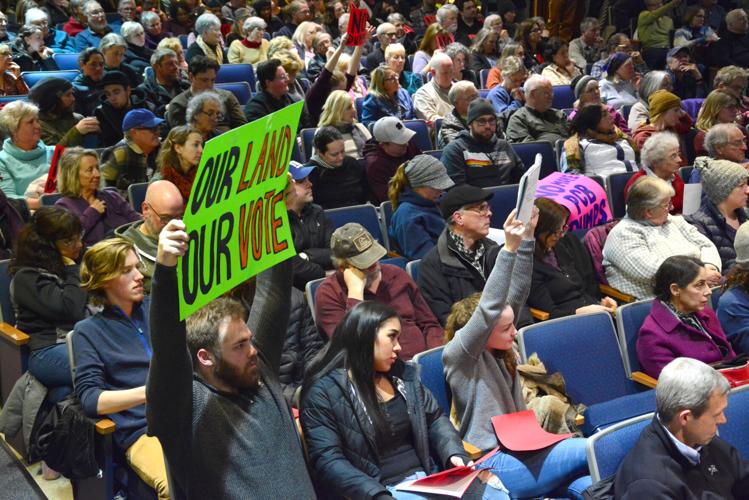 Throughout the Rest of River cleanup debate, including this meeting in 2020, residents of the town of Lee have been vocal in their opposition to placing a PCB landfill in Lee. Voters backed a non-binding resolution in town elections this year directing the town to pull out of an agreement that will allow sediments with relatively lower levels of the probable carcinogen to be buried in an engineered landfill in a former quarry.

LEE — A leading opponent of the planned PCB disposal site in town wants the Lee Board of Health to intervene on the matter. The board doubts it holds the power to do so.

The Housatonic River Initiative has formally asked the three-person panel to hold a public hearing and eventually vote on whether to seek to block the Upland Disposal Facility from being built in a former quarry just south of Woods Pond.

That facility is now planned to be the burial point for roughly a million cubic yards of soil and sediment with relatively lower levels of PCB contamination. The Housatonic River cleanup continues long efforts by environmental regulators to contend with the legacy of the General Electric Co.’s pollution of the water body.

“The Lee Board of Health has the right to assess if the dump is unhealthy to the town,” HRI Executive Director Timothy Gray said in an interview. “It would terrible if the dump goes through, as it will come back to haunt us forever.”

The health board has yet to decide if it will hold a hearing, but has indicated it may lack the power to prevent the landfill from being part of the Rest of River cleanup, as spelled out by the federal Environmental Protection Agency.

The health board chair has advised Gray that it may be unable to intervene.

“To act on your demand considering the EPA’s order, which ostensibly supersedes any action by the Lee Board of Health, please clarify and indicate the mechanism by which the [board] has authority to supersede the EPA order,” board Chairman Robert Wespiser wrote in a June 22 letter to the HRI.

Wespiser could not be reached for further comment on the HRI request for a hearing.

The HRI is appealing the current cleanup plan through a filing with the U.S. First Circuit Court of Appeals in Boston. The nonprofit group has been fighting to stop the landfill since it was announced.

The saga began in February 2020 when Lee and four other river communities approved a river cleanup deal with the EPA and GE that includes the installation of a lined, in-ground waste facility to accept some of the PCB-tainted sediment dredged from the river.

GE’s Pittsfield plant released PCB, or polychlorinated biphenyls, into the river for decades.

This past February, HRI was one of several environmental groups that lost an attempt to persuade justices with the Environmental Appeals Board that the 2020 cleanup plan represented a dramatic, and inadequately explained, reversal from the EPA’s earlier insistence that sediments containing the probable carcinogen be disposed of in licensed facilities outside of Massachusetts.

Landfill opponents have also been unsuccessful in trying to get the Lee Select Board to rescind its vote to support the Rest of River agreement. However, the current make-up of the board has two of the three members opposed to the landfill and willing to consider pulling out of the deal.

The current board has yet to revisit the matter.

HRI has now turned to the Lee Board of Health for help, citing state law which the environmental group says gives boards of health the right to make “reasonable health regulations.”

“[State law] prohibits the establishment in a city or town of trades which may be harmful to the public,” according to Cristobal Bonifaz, an environmental attorney writing on behalf of HRI, in response to Wespiser’s letter.

For the Lee health board to consider a hearing, Wespiser asks, in his letter, for HRI to submit data on how the landfill will impact the health of Lee residents.

“This should include information regarding specific characteristics pertinent to the Lee proposal, including location and containment aspects,” he wrote.

In mid-June, HRI made a presentation to the Tri-Town Board of Health, which oversees the Tri-Town Health Department serving Lee, Lenox and Stockbridge. Tri-Town Chairman Charles Kenny said his nine-person panel, made up of the three towns boards of health, would be willing to hear both sides of the PCB landfill debate. The board meets quarterly and will next gather in September.

“I don’t think our board is willing to take a stand now without knowing all the facts,” he told The Eagle at the time.

More than two years after elected Lee officials backed a plan to bury toxic materials in town, and get $25 million from the polluter, that decision isn't sitting well with residents.