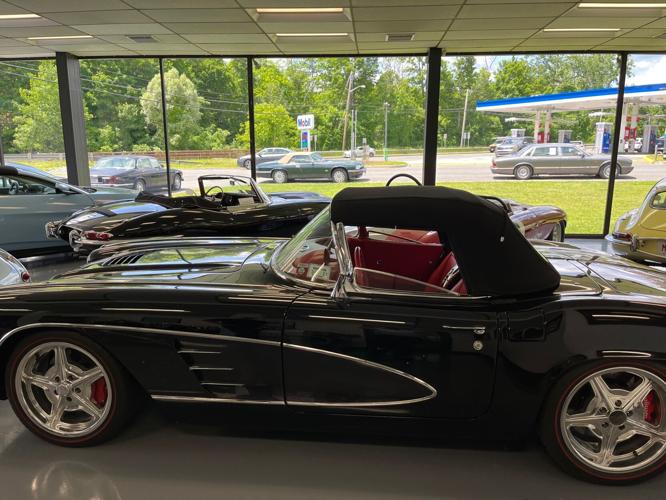 This 1961 Corvette Resto-Mod is expected to be on display at Saturday's vintage car show in Lenox. It has an estimated value of up to $750,000. 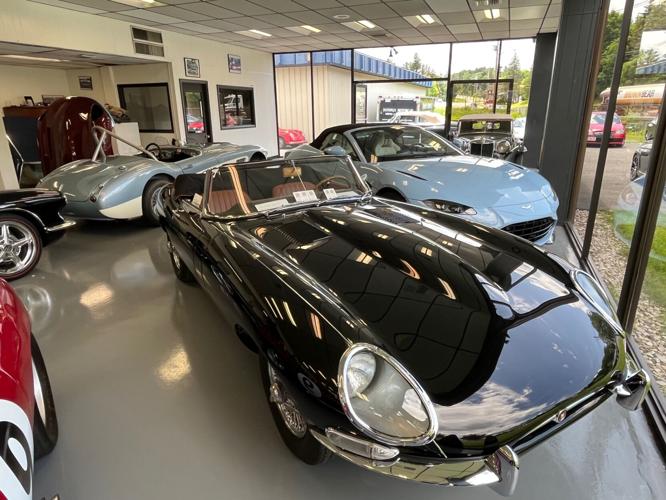 A fully restored Jaguar XTE Roadster, shown in the Donovan Motorcars showroom, will be displayed at Saturday’s classic car show in downtown Lenox.

LENOX — It will be a trip down memory lane this Saturday as the Chamber of Commerce hosts its first full-fledged downtown antique car show in eight years, this time partnering with Donovan Motorcars.

During the event from 11 a.m. to 4 p.m., more than 50 classic and vintage cars will be on display in the municipal parking lot and the driveway behind and alongside Berkshire Bank at 25 Main St. The cars will be judged based on class and category, said Jennifer Nacht, executive director of the chamber.

“Our interest at Donovan Motorcars is to help the chamber bring people downtown, and to help Lenox as another venue to have a nice car show,” said owner Brian Donovan, who established the Pittsfield Road business more than 30 years ago. “We hope to get a big start and build on it every year as it becomes more of a well-known show, hopefully to reach local people who enjoy cars and local clientele as another activity in Lenox.”

To reach the world of vintage auto enthusiasts, the business reached out to car clubs, its client base of several thousand customers as well as advertising, said Dean Forsman, sales, marketing and customer service specialist.

The chamber last sponsored an antique car show downtown in June 2014, when the Lenox Motorcar Classic included displays of more than 100 classic vehicles.

Among the top attractions expected to be displayed at the show:

• A family-owned 1961 Corvette Resto-Mod, meaning a modified restoration of an actual Corvette with extensive performance and appearance upgrades, including a 620-hp engine, custom chassis and custom wheels. The vehicle is worth up to $750,000 if it goes on the market, Forsman said.

• A fully-restored black and tan 1967 Jaguar XTE Roadster, a restored open two-seater in brand new condition, owned for the past 50 years by the same Pittsfield family with an estimated selling price of at least $300,000.

• A restored 1950 Jaguar Mark 5 Drophead convertible, owned by a Pittsfield family ever since it was acquired when it was new.

“People love looking at vintage cars, and downtown is a nice venue to display cars we’ve restored and show people what we can do,” Forsman said.

To restore such vehicles, it requires documenting the condition of the car before work begins, since the goal is “to make it look like it’s coming off the factory floor, and better,” he said. “But it looks exactly the same, a replication of the original in the best possible condition, to look brand-new.”

The goal is to present the car show annually as one of the Chamber’s regular events in order to draw people to downtown, he said.

The Lenox Fire Department will be serving hamburgers and hot dogs during the event. For information, go to lenox.org/event.