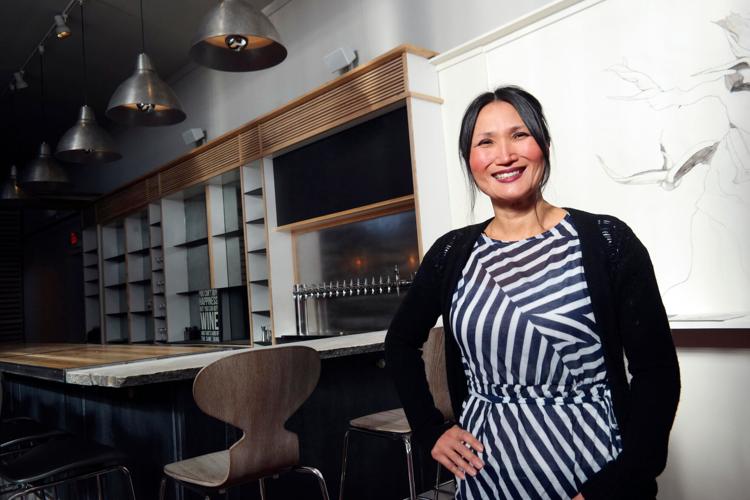 Yuki Cohen, shown in her Methuselah Bar and Lounge in Pittsfield, has been cited again for COVID-19 health violations. She apologized for what she called a “lapse of judgment.” 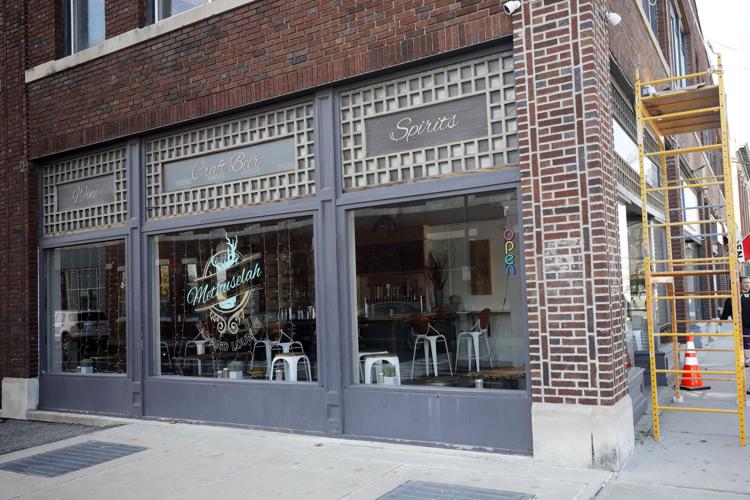 Pittsfield has closed Methuselah after issuing another set of coronavirus safety violations to its owner.

Yuki Cohen, shown in her Methuselah Bar and Lounge in Pittsfield, has been cited again for COVID-19 health violations. She apologized for what she called a “lapse of judgment.”

Pittsfield has closed Methuselah after issuing another set of coronavirus safety violations to its owner.

PITTSFIELD — The city has issued Methuselah Bar and Lounge a cease-and-desist order for another set of COVID-19 safety violations identified by health officials, prompting an apology from its owner, City Councilor Yuki Cohen.

“I am deeply regretful,” Cohen told The Eagle on Wednesday, “and I hope to work with the city to make amends and figure out a better strategy moving forward.”

A 37-second video recently posted online showed two people dancing on the bar at Methuselah. The camera then shows Cohen standing behind the bar with her mask around her chin, a moment she said depicted her being approached for a selfie-style camera shot while she was taking a sip of her drink.

As the video continues, Cohen is seen dancing on the bar, unmasked, with at least four other people. Also captured in the video are several other customers who also were not wearing face coverings and were standing next to each other.

Cohen, who according to the City Clerk’s Office has pulled, but not returned, papers to run for reelection, said there was “a confluence of bad decisions” made last Thursday night. She said she obliged when someone asked for permission to dance on the bar, but quickly thought better of it and “we came down probably 30 seconds later.”

“I made the bad decision thinking it would be harmless fun,” Cohen said, calling it a “lapse of judgment” that occurred after she was vaccinated.

She said the Board of Health issued a cease-and-desist order to Cohen on Saturday, and is reviewing the safety violations and a new COVID-19 safety plan the city requested from Cohen.

“We received videos which indicated there was noncompliance with face coverings and social distancing, and a lack of food service with bar service,” Armstrong said. “So, we’ve requested a comprehensive COVID-19 safety standards plan for restaurants, and we’re in the process of reviewing it.

“Methuselah will stay closed until that [review] process is completed,” she added.

Armstrong said health officials “will continue to take enforcement action as appropriate … with this as well as any other establishments or situations where we have risk to the public due to noncompliance with the standards.”

Cohen said there was food service that evening.

The Licensing Board will convene a special meeting next week to hold a “show cause” hearing with Cohen about the Health Department’s findings of COVID-19 violations, board Chair Thomas Campoli confirmed. That hearing will begin at 3:30 p.m. April 29.

Campoli said Wednesday that he had not received any findings or documentation from city health officials about the most recent violation issued to Methuselah, but he expected them before next week’s hearing.

Speaking generally and not specifically about Methuselah, Campoli said that when the Licensing Board makes a finding of a violation, it weighs several factors before deciding on a sanction.

“As part of that consideration, generally, we consider any past violations, the number of past violations and the severity of the past violations,” he said. “Then, we attempt to apply that to whatever the circumstances are with the present violation to come up with what would be a fair sanction.”

This is not the first time Cohen was alleged to have run afoul of the state’s orders for safety standards in bars and restaurants, to the frustration of city officials. The Board of Health already has fined Cohen $1,000, and the Licensing Board moved in January to suspend Methuselah’s liquor license for two days.

Cohen has appealed each violation, except for the most recent, she said, and has defended herself against what she called “frivolous violations” in the past. She said Wednesday that she believed there is “not a good perception” in the public about Methuselah when it comes to safety standards.

“I’m aware of that, so, I’m working toward trying to be better, and do better, and do everything I can to make sure all the protocols and orders are in place, which they are most of the time,” she said.

Asked why there have been repeated instances of noncompliance, Cohen reiterated how last Thursday’s events constituted a “lapse in judgment” and added: “There’s a lot of reasons why I let my guard down a little bit, and in retrospect, it was a bad decision.”