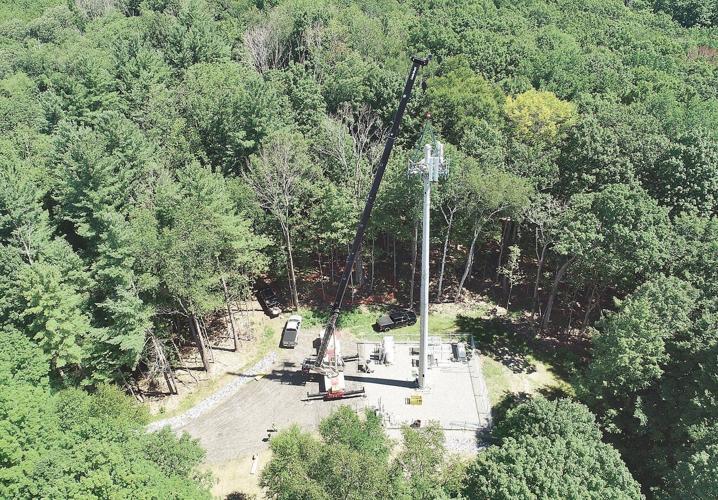 In July 2020, workers continue construction of a cell tower at the top of Alma Street near Holmes Road in Pittsfield. Neighbors claimed that they were not notified of the project in time to mount opposition. They lost their case in Berkshire Superior Court last August but continue to fight on appeal. 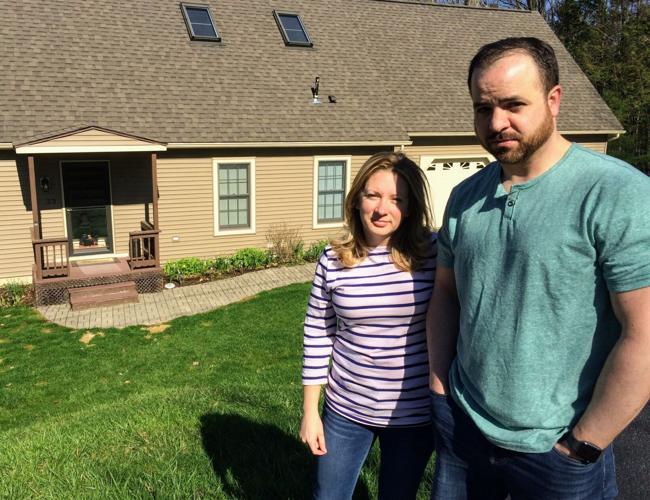 Diane and Paul Dalton were plaintiffs in the lawsuit filed in 2020 over the creation of a Verizon Wireless cell tower at the top of their residential street in south Pittsfield. The case now is before the Massachusetts Appeals Court.

PITTSFIELD — A year ago, residents of the Alma Street neighborhood hoped to win a judgment in Berkshire Superior Court that might rewind the clock on a newly built cell tower.

They lost that case.

"The Abutters — greatly outmatched by Verizon’s vast wealth and resources — should not suffer the loss of property values or cherished characteristics of their residential neighborhoods ..."

— Legal brief filed to the Massachusetts Appeals Court by attorney Patricia A. DeJuneas

For much of the past year, plaintiffs in that 2020 lawsuit against the city’s Zoning Board of Appeals and Verizon Wireless shifted their focus, pressing the City Council and Board of Health to respond to concerns about the tower’s potential health impact, while also calling for better outreach to abutters about projects.

Meantime, the legal case remained on its own track before the Massachusetts Appeals Court, with a decision now closer after a key filing.

In a recent brief, lawyers for the city and Verizon say that the lower-court judge was right to dismiss the complaint ahead of trial.

The crux of the case: Did the city fail, in 2017, to provide proper notice to abutters, as required by state law, that it was considering a special permit for the tower?

The plaintiffs submitted affidavits to the lower court saying they did not get mailed notices. On appeal, their attorney, Patricia A. DeJuneas, argues that Judge Douglas H. Wilkins was wrong to grant an order of summary judgment in favor of the city and Verizon, as he did Aug. 13, 2020.

“There is a genuine issue of disputed fact as to whether the ZBA mailed the required notices to the Abutters, the Abutters lacked actual knowledge,” she wrote in her appeals brief June 7. Because of that factual dispute, DeJuneas argues, the case should have gone to trial.

The Berkshire judge acknowledged that the affidavits from residents raised questions about whether full notice was provided to abutters — those living within 300 feet of the tower project. But, in his decision, Wilkins said the neighbors’ complaint had come too late, long after the 90-day appeal period on the ZBA decision.

The 2020 complaint also named Farley White South St. LLC, owner of the 877 South St. property on which the tower sits.

“In short, the dispute over whether the City mailed notice to the Plaintiffs is not material,” Wilkins wrote in his decision, then cited case law: “On the undisputed facts, the failure to provide notice by mail, while providing published and posted notice does not amount to a ‘complete failure of notice of a public hearing in advance of the granting of a special permit ....’

“The Plaintiffs did not bring this case in timely fashion and, therefore, the court must dismiss the complaint,” Wilkins wrote.

For the plaintiffs, DeJuneas argued that state law says notice “shall” be provided by mail.

“It means that the ZBA had no choice but to comply with each of the three forms of statutory notice,” she wrote.

And if that is established to have been a failure, then the 90-day appeals period should have started when neighbors did become aware of the tower decision: when trucks rolled up their streets last spring.

“Where their residential properties and homes are at stake, the Abutters — greatly outmatched by Verizon’s vast wealth and resources — should not suffer the loss of property values or cherished characteristics of their residential neighborhoods,” the brief states, “simply because the ZBA violated its statutory obligation to mail notices of the hearing, decision, and extension.”

One neighborhood leader, Courtney Gilardi, says she is mystified about the notion of something not amounting to a “complete failure” of notice.

“To me, notification means people are notified — and they know about something,” said Gilardi, who is not an abutter and not a plaintiff.

The Pittsfield neighborhood that rallied to fight the Verizon Wireless cell tower off South Street, which began operating in September, pressed the City Council this past year to expand the issuance of notices to abutters.

The change would expand the reach of abutter notices from 300 feet to 500 feet. Notices would have to be sent by certified mail for all special permit applications, except in cases involving one-, two-, or three-family homes.

The city and Verizon, in a brief filed July 6, point out, as they did in the case before the Pittsfield court, that at least one abutter received a mailed notice and attended a ZBA hearing. In addition, they provided proof that the tower special permit application was outlined in legal notices in The Eagle and was posted in City Hall.

“There was, at a minimum, substantial compliance with the statute,” the defense brief states. It was filed jointly by Mark J. Esposito of Shatz, Schwartz and Fentin of Springfield, representing Verizon, and Buffy D. Lord of Donovan O’Connor & Dodig of North Adams, representing Pittsfield.

“While Plaintiffs assert that the mailed notice was not received by them, they offer no evidence to dispute that the notice was actually sent,” the two lawyers argue.

The defense brief cites a Supreme Judicial Court decision that found that the town of Greenfield had satisfied the notification requirements in a separate case “by evidence that a municipal employee mailed the notice, regardless of whether the notice was received. … Put another way, evidence of non-receipt is not evidence of lack of mailing.”

The lawyers note that lawmakers did not require proof that abutters received notices. If so, they would have ordered that notices be served by Sheriffs’ Office personnel or by certified mail.

A 115-foot tower, which sits at 877 South St., has been the source of constant conversation after the structure went live a year ago. Soon after Verizon Wireless flipped the switch, residents near Alma Street began complaining of nausea, dizziness and headaches.