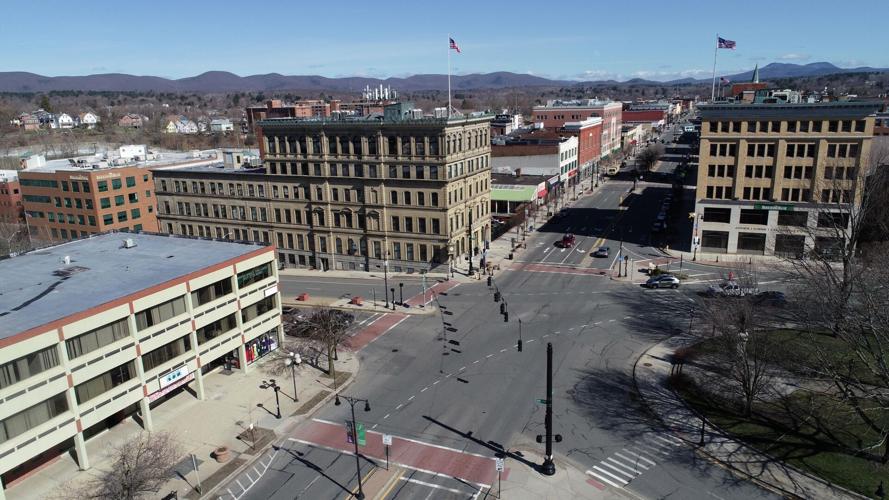 North Street in downtown Pittsfield stretches up from this intersection in the city's center. A majority of businesses operating on North Street support a call to limit parking to three hours, to help ensure that customers can find available spaces. 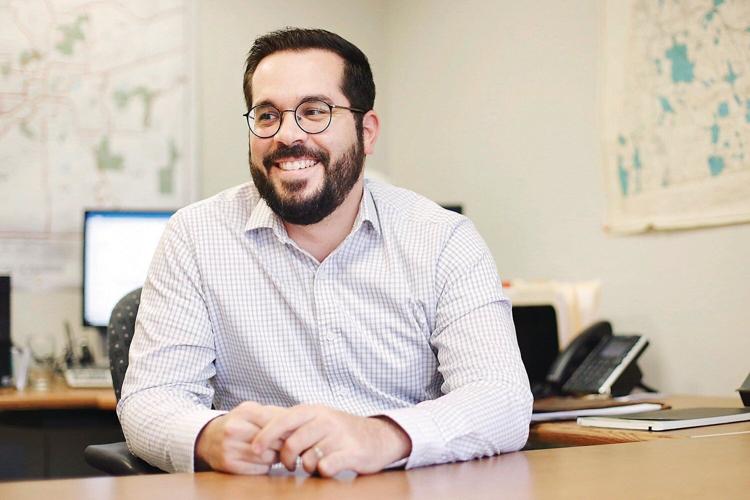 PITTSFIELD — Stay a while, even catch a movie.

But don’t hog those spaces all day.

A grassroots effort to free up North Street parking spaces could take a leap Tuesday, when the City Council considers a tweak to its parking rules.

Before voting, councilors will hear from Rebecca Brien, managing director of Downtown Pittsfield Inc., who will report that a recent poll of the group’s members found that about 80 percent support a call to limit North Street parking to three hours a day.

“The hope is that we’ll have parking places turn over more quickly,” she said Monday of the question before councilors. “I’m confident they’ll look at the big picture.”

In May, David Daunais, owner of the Chevreux Hair Clinic at 100 North St., brought a statement backed by 26 downtown businesses to the city’s Traffic Commission.

He told the panel that without a time limit, some people are parking on North Street — the city’s downtown commercial artery — and leaving their cars there all day, apparently willing to pay for that convenience.

“There seems to be a limited problem, and yet a problem, of people parking all day on North Street,” Daunais told the commission May 23. “That’s legal, if they pay for it, but it’s not what was intended.”

“It does impact our customers,” he told commissioners. “They have trouble finding parking spaces. The turnover is not as good, because of those who park all day.”

Ricardo Morales, Pittsfield's commissioner of public utilities, says the city also wants turnover in North Street parking. In fact, the goal is to have 20 percent of the spaces open at any one time.

That’s not happening, he told the commission last month, and said the city supports limiting parking to three hours.

“We are in favor of that, understanding that it follows our goals for turnover,” Morales said.

The commission voted unanimously to support a three-hour limit on parking.

As it stands, people can park all day on North Street.

Morales said that 56 percent of parking on North Street involves people who stay up to three hours. But a significant number of people stay for four hours.

“That turnover is not happening,” he said.

Brien, of Downtown Pittsfield Inc., said Morales reached out to the group to better understand how its members feel about the issue.

“We felt it was important for us to poll a broader audience,” Brien said.

More than 60 members replied to a survey about North Street parking. She said four out of five backed a shift to a three-hour limit, except for handicapped parking. The group has between 175 and 200 members, Brien said; the response is among the highest it has received to polls.

Daunais said it’s not uncommon for five or six vehicles on any one North Street block to sit all day.

Morales told the Traffic Commission that the turnover issue appears to be most acute at the foot of the street and higher up, and less common in the middle of the downtown area, near Eagle and Melville streets.

The council meeting starts at 6 p.m. in the council chambers.