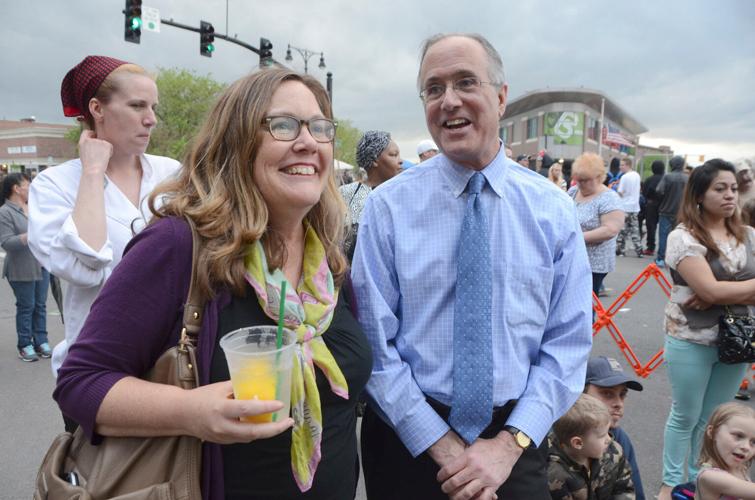 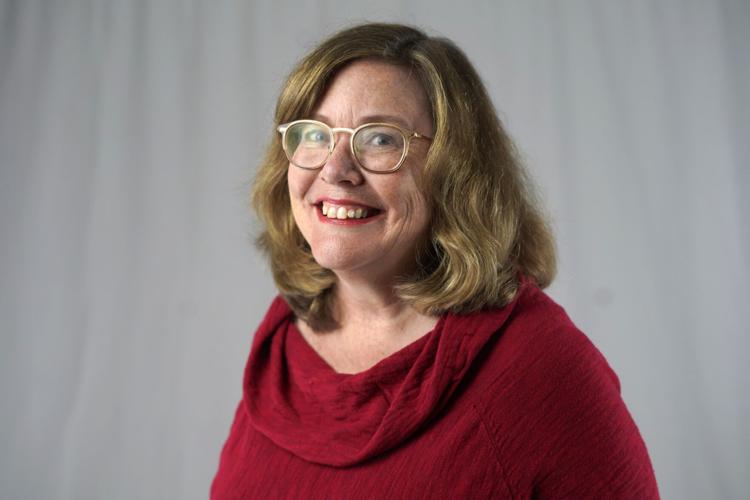 Megan Whilden, the executive director of the Osher Lifelong Learning Institute at BCC, is leaving her position to return home to California. 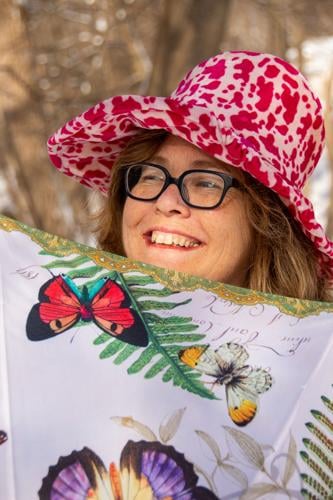 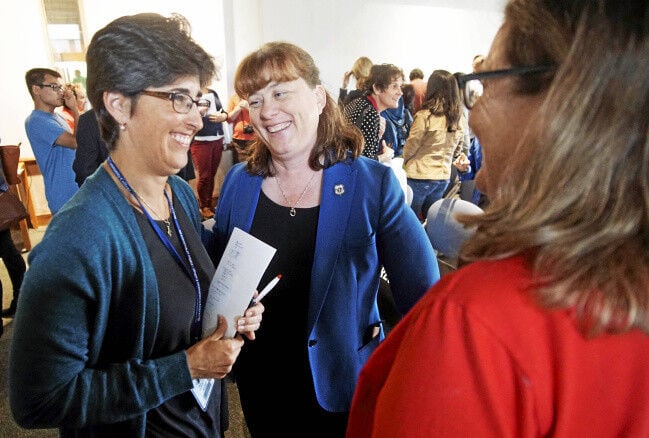 Eleanore Velez, BCC interim director of student engagement, state Rep. Tricia Farley-Bouvier and Megan Whilden got together during the announcement of the Public Humanities Center at BCC in this Eagle file photo from October 2016.

PITTSFIELD — Megan Whilden, the executive director of the Osher Lifelong Learning Institute, is leaving the Berkshires after more than two decades — but not without leaving an indelible mark on the county according to her colleagues and friends.

Over the last 21 years, Whilden has been a constant feature in the Berkshire County arts and political scenes, helping to strengthen her adopted community. Now, Whilden says it’s time to return closer to her first home in Monterey, Calif. to be with her family.

On Saturday, Whilden announced on Facebook that she was stepping down from her position at OLLI on March 25 and moving to Carmel-by-the-Sea, Calif. in the following weeks. Whilden has accepted a position with the Carmel Foundation, a nonprofit focused on the education, enrichment and support of older adults.

Whilden’s announcement received more than 100 comments by late Saturday from Berkshire County residents who said they’ve felt the impact of Whilden’s time in the community.

“If you look at a lot of the high profile efforts and initiatives that have raised community awareness, you invariably find Megan as part of it,” Ellen Kennedy, president of Berkshire Community College, said of her friend.

On the long and colorful resume of Whilden are board and advisory positions with the Berkshire branch of the NAACP, the Berkshire Art Association, 1Berkshire, Berkshire Resources for the Integration of Diverse Groups and Education, Berkshire Democratic Brigade, the Four Freedoms Coalition and The Berkshire Eagle.

“She served on so many and supported so many organizations, in public ways and in quiet ways,” Kennedy said.

Whilden moved to Berkshire County in 2001 and took a job as the marketing director for IS183 Art School of the Berkshires. Whilden used her love of the arts and her communication skills to support the rise of the Storefront Artist project, which brought Pittsfield residents and rising artists face-to-face in the city’s empty storefronts-turned studios.

In the early 2000s, the grassroots coalition Women Helping Empower Neighborhoods — also known as We’ve Had Enough Nonsense — arose from a desire to diversify a white and male Pittsfield City Council.

Farley-Bouvier said she got a chance to really get to know Whilden when former Mayor James Ruberto hired Whilden as the city’s first cultural development director in 2005, and said she’s always been impressed by the intentionality with which Whilden engages with the community and a cause. She credits Whilden with introducing her to new ways to reach out to constituents.

“She’s a person who can envision things and she’s also somebody who seems to not get ruffled,” Farley-Bouvier said. “When something seemed hard ... you felt like things could succeed because she was so enthusiastic about it.”

Whilden can still recall the doubt in former mayor Ruberto’s and Greylock Federal Credit Union President and CEO John Bissell’s voices when she proposed the outdoor cultural festival. She said both men were unsure the street fair would draw a crowd but gave Whilden the freedom to try it out.

Though even more vivid in Whilden’s memory is the sight of the crowds that filled Pittsfield main drag on the first Third Thursday.

“There was a woman, an older woman crying in the street, because she never thought she would see so many people downtown again,” Whilden said.

The community event has not only reminded residents of what Pittsfield once was, but what it could become.

“I’ve met young adults who kind of grew up in experiencing the programs that I set up and I can see that it really kind of opened their eyes and broaden their perspectives of what Pittsfield could be,” Whilden said. “That is a most wonderful legacy.”

Shirley Edgerton, founder of the Women of Color Giving Circle of the Berkshires and The Rites of Passage and Empowerment program, said Whilden’s work in the arts wasn’t just about drawing people to Pittsfield but making sure to showcase the talents of all of the city’s residents and artists.

“Megan’s contributions have been vast, endless and inclusive,” Edgerton wrote in an email. “She brought many to the decision making tables in the arts that were often excluded.”

Edgerton and Whilden worked together on the founding steering committee of Lift Ev’ry Voice, a festival celebrating African-American culture and history in the Berkshires. The festival, which kicked off on Juneteenth 2011, has become a renowned summer celebration responsible for performances at Jacob’s Pillow and bringing Earth, Wind and Fire to Tanglewood.

Whilden’s impact on the cultural landscape of Pittsfield brought dividends on its own. Barrington Stage Artistic Director Julianne Boyd, speaking in 2014, said Whilden’s role as cultural development director was key to the company’s decision to move to Pittsfield from South County in 2006.

In 2014 Whilden left the cultural development office for the executive director position at OLLI. What some saw as a major career shift, Whilden saw as a furthering of her real passion: community.

“It’s all about making a better community in different way,” Whilden said.

At OLLI, Kennedy said Whilden has strengthen not only the internal structure of the adult education program, but the resourcefulness of the program’s students.

Kennedy said Whilden’s resourcefulness at the start of the pandemic allowed OLLI to switch to remote learning after teaching its older adult students how to use Zoom.

“Doing that not only helps people engage with OLLI, but helps them engage with their family and friends,” Kennedy said. “It really quickly and reduced that sense of isolation.”

During Whilden’s time as executive director of the program, enrollment has increased 65 percent, up to 1,400 students. Both Whilden and Kennedy agree that the nonprofit has never been stronger.

“It’s a good time to pass the baton to someone else,” Whilden said.

Over the next month Whilden will continue working, connecting people and ideas in between packing up her Berkshire home with her partner and her cat. That will leave time for her friends to keep contemplating her legacy.

“I think her full impact won’t actually be known for a bit,” Kennedy said. “It will both further her legendary status in our community and also just make us always appreciative of having her for as long as we did in Berkshire County.”