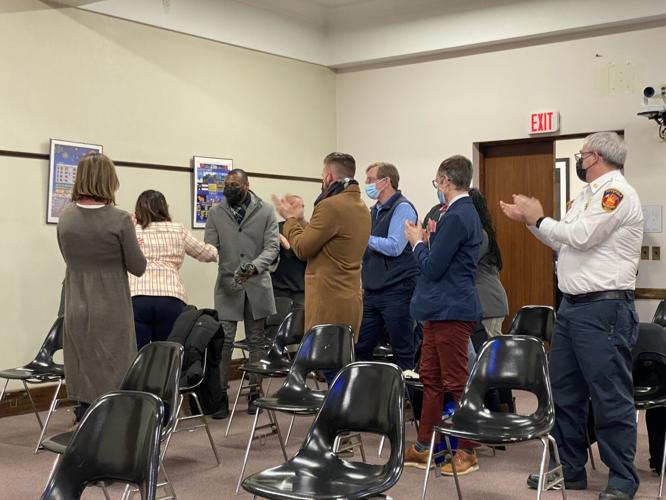 Michael Obasohan, shakes Mayor Linda Tyer's hand Tuesday night in Pittsfield, after a split vote on his hiring as the city's first chief diversity officer. Obasohan received a standing ovation and applause of support from the city's department heads. 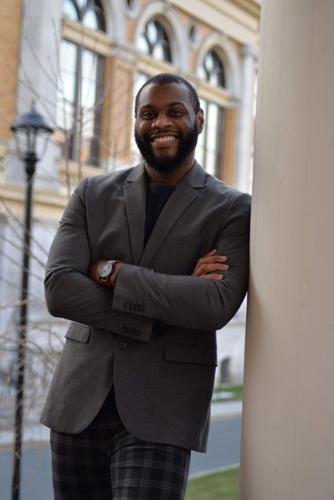 Eight council members voted in favor of Obasohan, with two against and one abstaining. 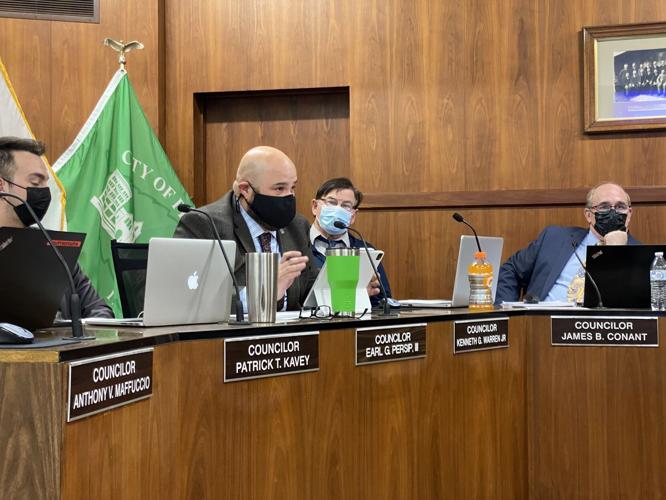 At large council member Earl Persip III defended Obasohan and his new position against critiques of the job by several council members. Persip said the position long was overdue to give residents of color equal opportunity to thrive in Pittsfield. 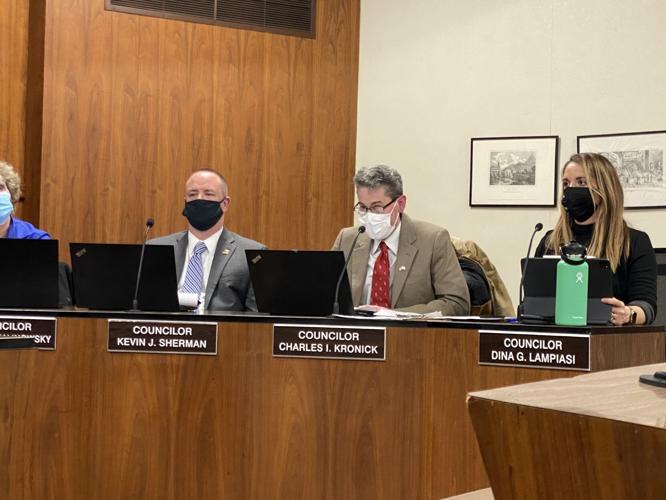 PITTSFIELD — Michael Obasohan, a North Adams City Council member, has become the first chief diversity officer for Pittsfield and the first employee in the city’s new Office of Diversity, Equity and Inclusion.

The councilors in opposition said they took exception not with Obasohan — he currently works as the associate director of college readiness and success at the Massachusetts College of Liberal Arts and roundly was called an excellent candidate — but with the existence of the chief diversity office position in general.

The role of the chief diversity officer was added to city rolls in October, by a vote of 8-2. Warren argued that the position and three other positions didn’t follow city rules around job creation — an opinion city Solicitor Stephen Pagnotta rejected.

Kronick and Kalinowsky — they both joined the council at the start of the year — used their votes to contest the creation of a position working specifically on diversity, equity and inclusion (DEI).

Both councilors said they felt that the city’s Human Resources Department should be handling the work set aside for the position, which includes such duties as improving the city’s recruiting and retention of diverse employees, conducting DEI training on subjects like cultural competency, gender differences, disability, LGBTQ+ issues and tracking, and reporting the city’s progress on DEI work.

“This position is going to do absolutely nothing for the city of Pittsfield but soak money from much needed public projects and raise our taxes,” Kronick said to noticeable gasps from the audience. “It will do this by expanding and establishing a new bureaucracy in the city of Pittsfield.”

He added that his “constituents don’t want this,” and that the position was “nothing but the outdrawing of a political movement.”

Kronick’s comments in particular started off a spate of rebuttals from several councilors, the strongest of which came from at large councilor Earl Persip III.

“I’ve heard some things in this chambers before that shock me — this is probably No. 1,” Persip said. “This is long overdue, and it shocks me that this is not going to be an 11-0 vote. It shocks me.”

Persip argued that the position long was overdue in the city, especially for residents of color who have struggled to see themselves as employees in municipal offices or represented in city policies.

“There are plenty of people out there that this job and this position will help to put them in positions to be a voice in this city,” Persip said.

Meet the man who Pittsfield city officials hope will champion its diversity, equity and inclusion work

The selection of a candidate for the city's first ever chief diversity officer has been many months in the making.

Our Opinion: Pittsfield's diversity office has a critical mission, and we want to see it succeed

When Pittsfield leaders first endorsed creating the Office of Diversity, Equity and Inclusion, we praised the effort. Now that the City Counci…